Port Vale up next...

Stevenage are back on the road once again, for a clash against Darrell Clarke’s Port Vale at Vale Park on Tuesday evening.
Last time out, Boro came from behind to gain a point against Brian Dutton’s Walsall, with Elliott List scoring his seventh goal of the season with an emphatic second-half strike.
This result meant Boro have only lost two of their last eight league games, moving ten points clear of the relegation zone. After the game, manager Alex Revell stated, "The players have shown some really good play and the goal was exactly what we work on every day. They know we deserved to win the game and anyone who saw it would have felt we were top of the league by the way we played.
There was only one team that was here to win the game. We gave an awful goal away but that was the only opportunity I remember them having until the last ten minutes. It was total dominance and I haven’t seen a game like it for a long, long time."

Darrell Clarke’s Valiants currently sit 19th in League Two, with only goal difference separating the two sides. This game will be Clarke’s first in charge at home, since making the short trip North on the M6 swapping Walsall for Burslem last week.
Boro’s last win against Tuesday’s opponents came earlier this season, with a 2-1 triumph at The Lamex Stadium thanks to goals from Aramide Oteh and Danny Newton.

Tuesday's match at Port Vale is available for fans to stream LIVE! Buy an iFollow Match Pass and show your support for the Boro. 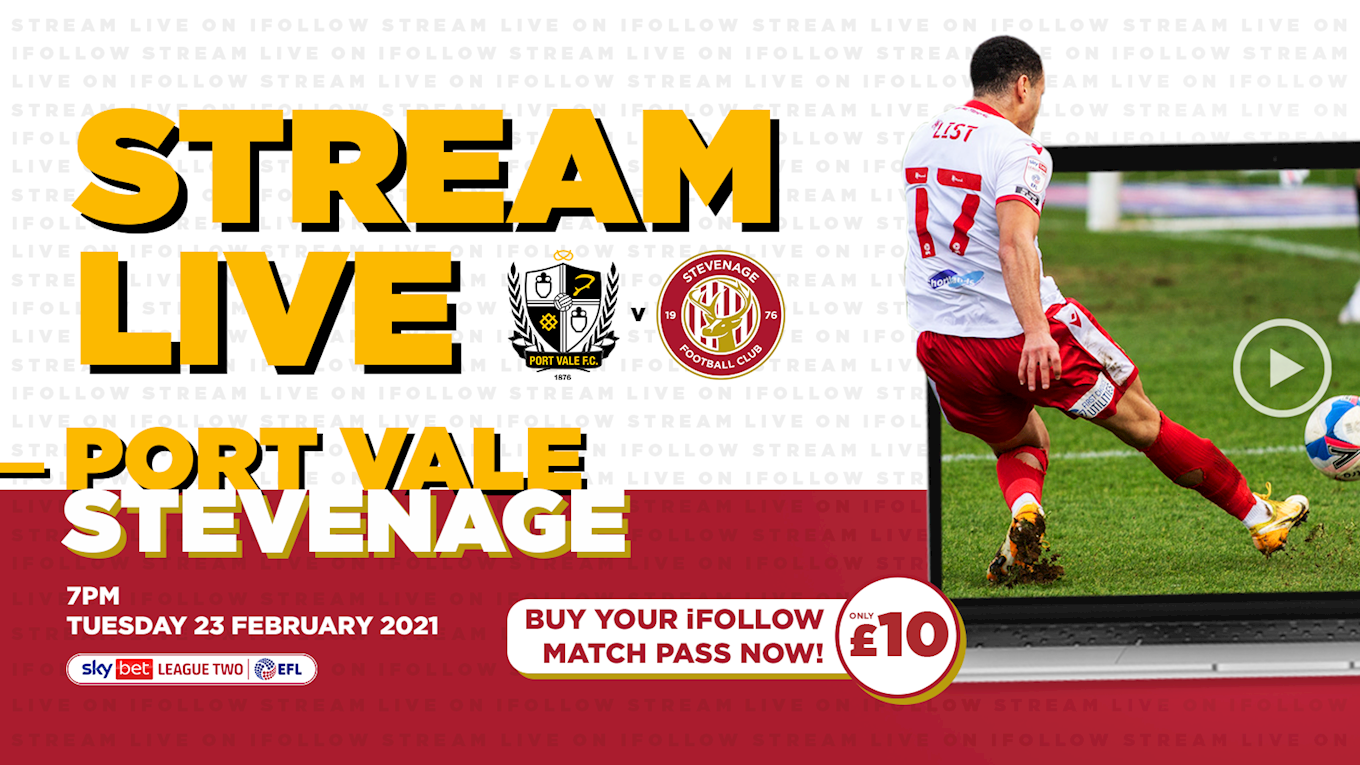