Stevenage return to The Lamex Stadium on Saturday, as Walsall visit for the first time in seven years...

Last time out, Alex Revell marked one year in charge of Boro with a third away win in four away games, beating Crawley Town 1-0 courtesy of a late screamer from substitute Elliot Osborne. David Stockdale also produced heroics in the Stevenage goal, saving a last-minute Tom Nichols penalty in a game which saw Boro move nine points clear of the drop zone.
After the game, manager Alex Revell stated, "It was a really good win, not in the manner we wanted with the stress of the game, but what I will say is we knew it would be a difficult game and we are on a gruelling run of games.
One of the things I wanted to create at this club was a sense of togetherness and I believe we’ve done that. These players care and if you get a group who care about the club and each other, you get performances like this.
People are running through brick walls for each other and that fills me with great pride."

Brian Dutton's Saddlers currently occupy 12th place in League Two, with new boss Dutton falling to defeat in his first game in charge on Tuesday, losing 2-1 against 3rd place Cheltenham. Walsall have failed to keep a single clean sheet away from home this season, but have only lost one of their last five away games.
The previous meeting between these two sides in December produced a 1-1 draw, with Boro's last win against Saturday's opponents coming in a 3-2 victory at the Lamex Stadium in 2014 courtesy of goals from Jimmy Smith, Jo N'Guessan and Luke Freeman.

Manager Alex Revell is delighted with the team's recent upturn in form, stating ''We are finally back at home after three away trips and the players are full of confidence, they know that they must work hard on Saturday to get the right result, and there is still a lot to work on.
''We know that we can go into games full of desire and determination, and hopefully that will translate into even better results overtime. Everyone is looking forward to Saturday because we know that we are in that good place.”
Revell also hinted at possible changes due to fixture congestion, explaining ''Players want to stay in the team, and that's driving them to work even harder plus the energy is still there. But at times, we will have to change players because you need freshness with a month of games still left where we play twice a week. It's going to be a tough month, but the players will keep on going.''

Make sure to tune into 'Live At The Lamex' ahead of kick-off from 2:30pm on our YouTube channel, where host Matt Farley will be joined by special guest Ronnie Henry to preview the game. In addition to a chat with Ronnie, there will be exclusive interviews with Alex Revell and Scott Cuthbert, as well as a live chat feature to get your predictions in! 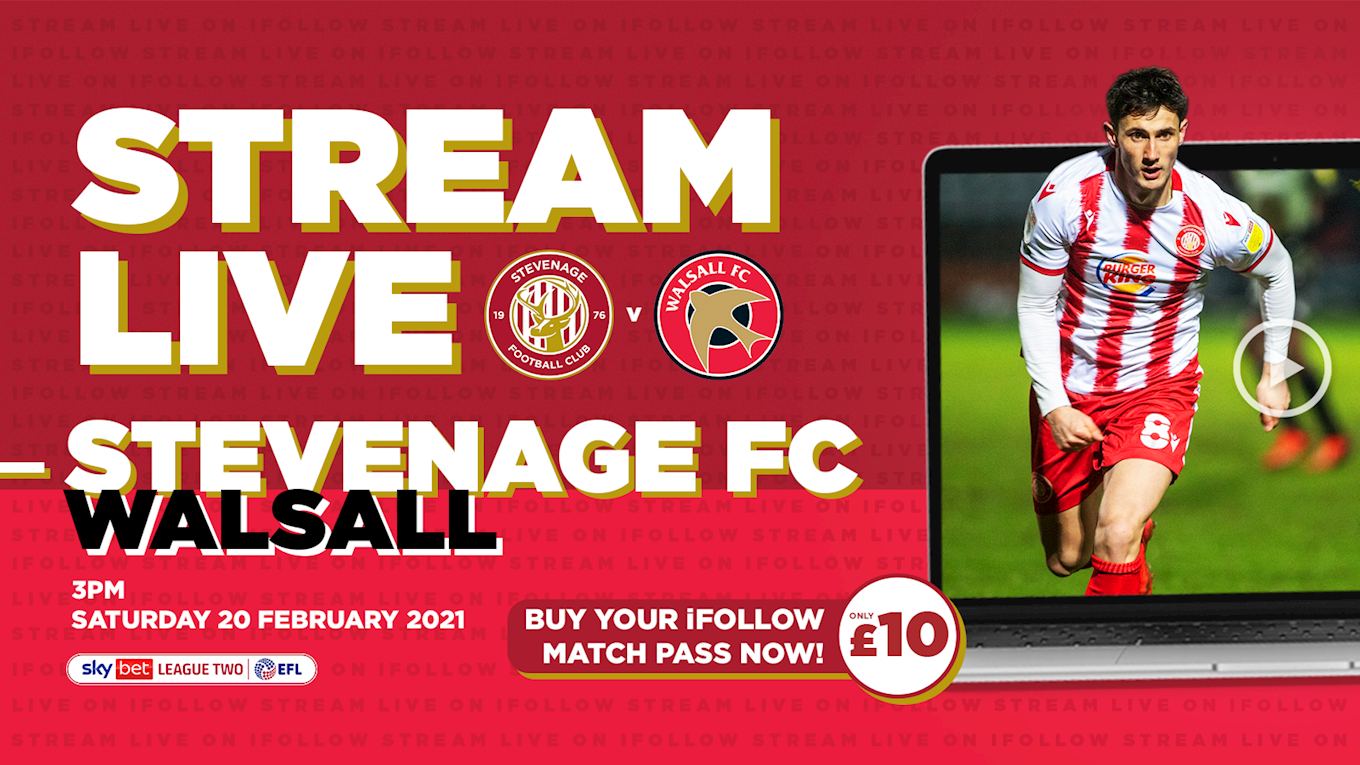