The team news for tonight's 7pm Sky Bet League Two away at Crawley Town can now be revealed...

Kick-off at The People's Pension Stadium is at 7pm and supporters can watch the action live on iFollow with a Video Match Pass. For more information or to buy yours, please click here. 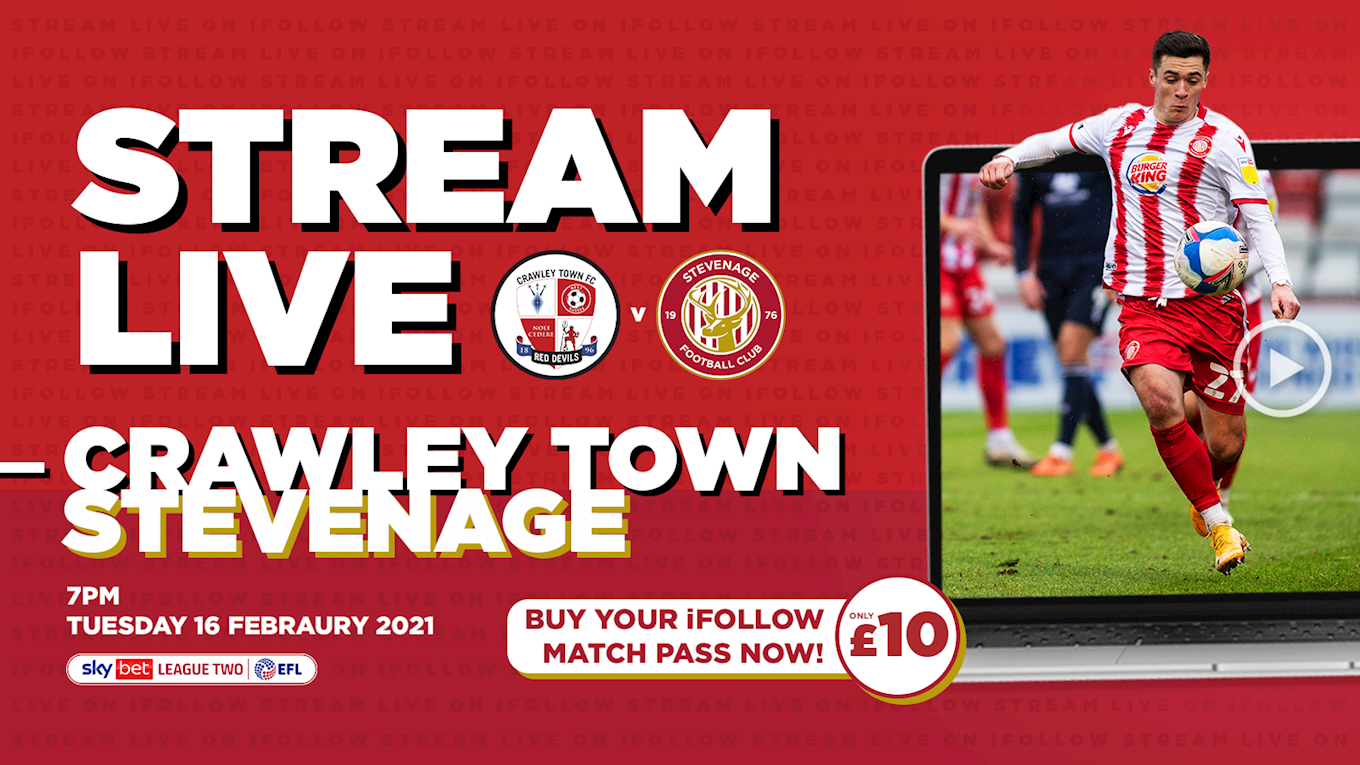