The 21-year-old striker joins from Bristol Rovers where he scored five and created four goals in a turbulent season for The Gas.

Brighton-born Daly came through the ranks at Crystal Palace, working with Dean Wilkins through the youth setup, before moving to Bristol Rovers in January 2020.

“I am really looking forward to it”, Daly said upon signing. “Speaking to Alex Revell, Dean Wilkins and Leon Hunter it is a great place for me to be at this stage in my career. I want to play games, score goals and make the fans happy. My relationship with Dean Wilkins went really well when I was at Crystal Palace, we are very similar minded in terms of football and how he wants to play.

Playing League One football has only benefitted me. I was frustrated at times not to get the game time, but here I will hopefully get the opportunity to prove myself and show the fans what I can do”.

James Daly becomes Alex Revell’s third summer signing after Jake Taylor and Arthur Read, in addition to the contract extensions of Charlie Carter and Ben Coker last month. With a busy offseason so far, the Stevenage squad continues to display excitement and ambition ahead of pre-season.

Join us at The Lamex Stadium for live screenings of England's European Championships 2020 campaign taking place at The 76 Lounge this summer... 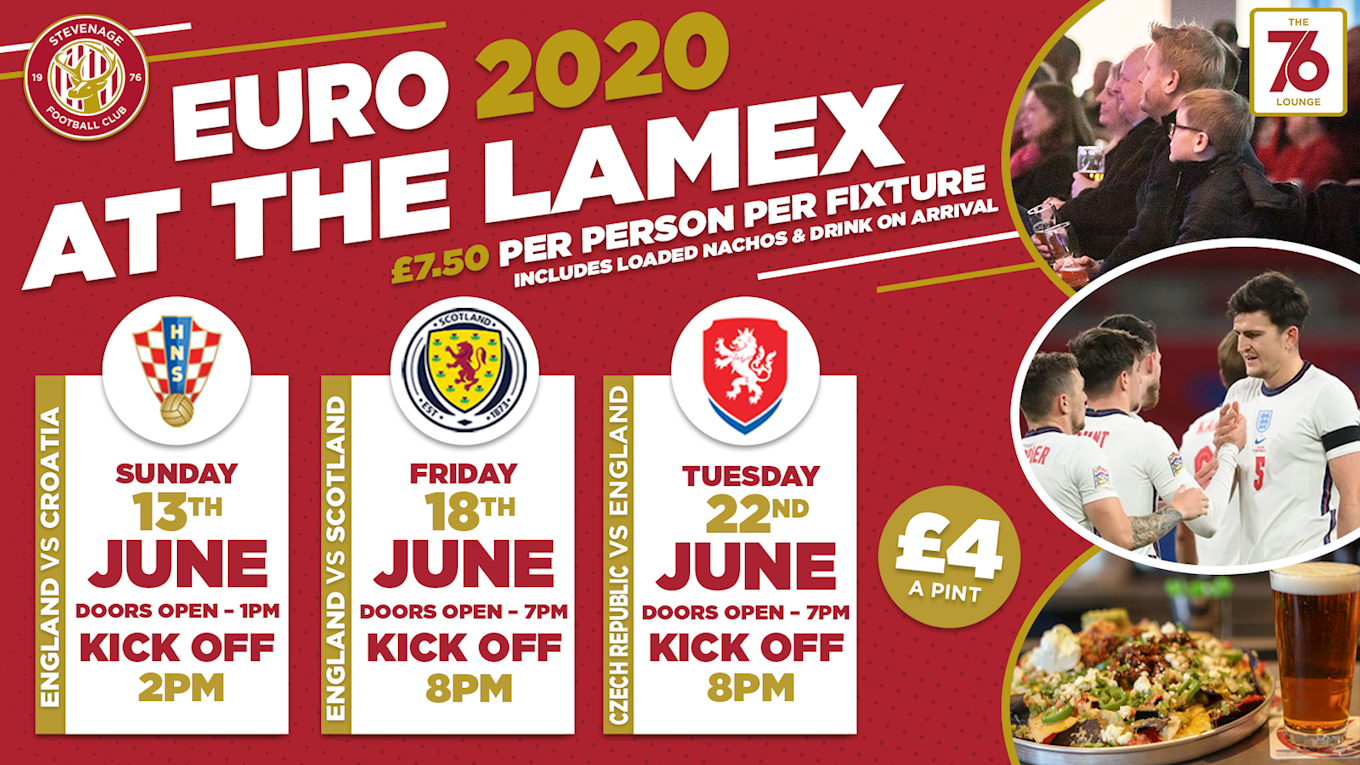