Boro return to action at The Lamex Stadium this Saturday, as we prepare for a Sky Bet League Two clash against Rob Kelly's Barrow....

Last time out, Boro extended their unbeaten run to nine games, beating Carlisle United 3-1 courtesy of goals from Tom Pett, Luke Norris and Arthur Read.
This result meant that Boro have won each of the last four home games and after the match, manager Alex Revell stated, "In my time at this football club, that is probably some of the best football I’ve seen us play.
That was redemption for our performance up there and it was a complete role reversal. We were dominated up there and it was a tough, tough day. There was only one team that was going to win today though and it could have been six or seven. We were outstanding from start to finish.
Everyone is working together and I am very proud of what this club is doing and what we are showing people. We were everyone’s favourites to go down. There wasn’t a bookmaker in this land that would have had us anywhere near where we are, and they are proving people wrong."
Win up to £250 every matchday this season by predicting the outcome of serveral in-game events, from goals scored to saves made. Download the Boro Picks app today and play for free!

​Barrow currently occupy 22nd place in Sky Bet League Two and are currently managed by caretaker boss Rob Kelly. Kelly's introduction seemed to have sparked a recent upturn in results as the Bluebirds won four of their last five league games, but fell to defeat in their fixture against relegation rivals Grimsby Town, losing 1-0 through a second-half strike from Luke Spokes, leaving Barrow six points above the relegation zone.
The season's earlier encounter between Stevenage and Barrow came on the opening day in September, ending in a 1-1 draw with Inih Effiong's 85th minute penalty securing a late point.

​Danny Newton remains out for the foreseeable future, as Alex Revell may look to re-introduce Scott Cuthbert and Joe Martin after recovering from slight knocks. Terence Vancooten will also be absent for Saturday's game, as the defender is away on international duty with Guyana.

In the build-up to Saturday's game, manager Alex Revell stated, "We know it's going to be a tough game on Saturday, but we have got to focus on what we are good at and whenever we play at home, we have to make sure we dominate the ball. By doing this regularly, we've demonstrated how far we have come and partnered with the desire, work rate and togetherness, we know a positive result is achievable on Saturday.
Barrow are an organised unit, hard to beat and pose a real threat with goals so we must ensure that we remain alert and focused.
Speaking on the absence of Terence Vancooten, Revell explained ''Terence has been playing every game for us recently, but to replace him we have two fantastic pros in Scott Cuthbert and Joe Martin which is ideal. We are in good shape with the squad and I'm really pleased for him and I hope he has a successful period away." 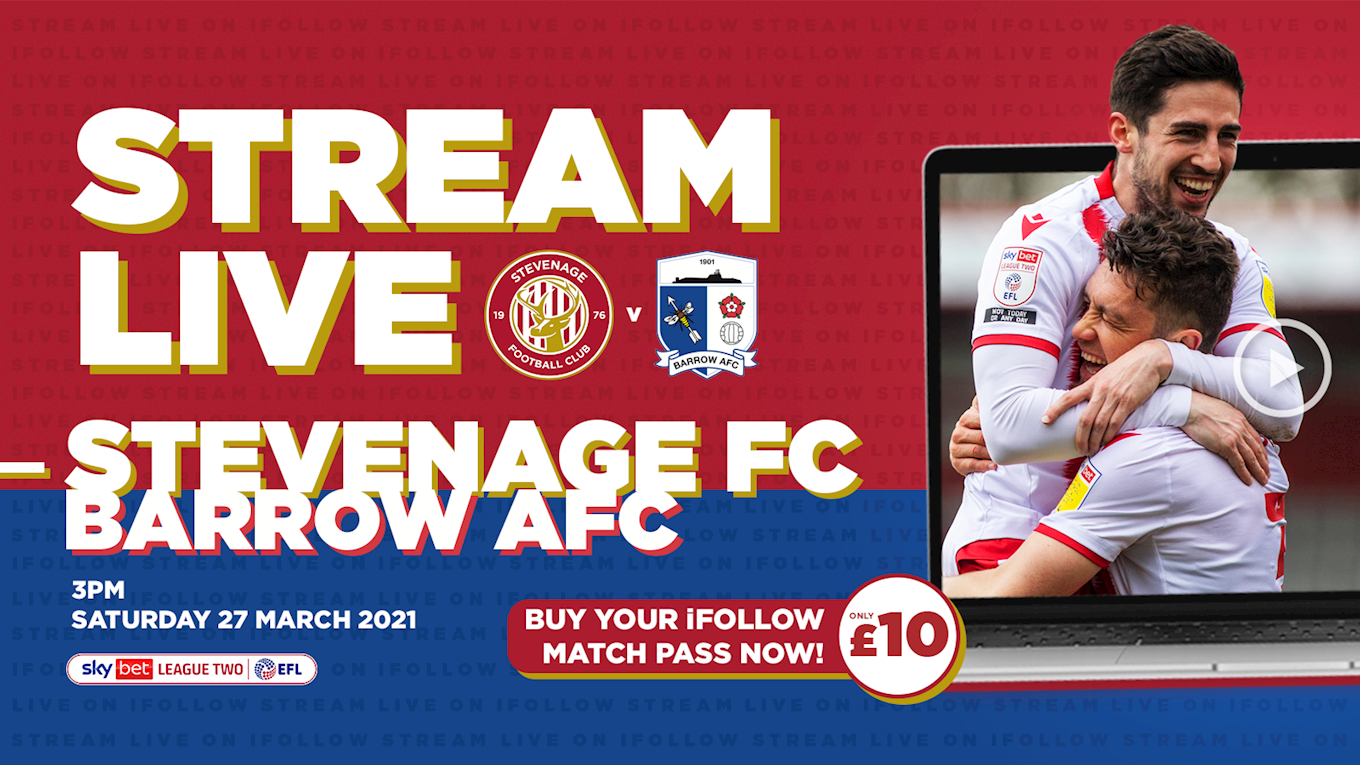