After a week of recovery, Boro are back in action on Saturday as we prepare to take on Chris Beech's Carlisle United at The Lamex Stadium...

Last Saturday, Boro were held to a frustrating scoreless draw against Southend United at Roots Hall, a result that extended our unbeaten run to eight matches and clean sheet streak to six matches.
After the game, manager Alex Revell stated "We’ve played a lot of games and it's the same players that were involved in those games. Those moments where you’re on the ball and maybe needed to keep it or needed to work, it looked a little bit of a struggle at times.
It’s another clean sheet, another point on the board and we would probably have taken that before away from home at a club who are fighting for their lives."
Win up to £250 every matchday this season by predicting the outcome of serveral in-game events, from goals scored to saves made. Download the Boro Picks app today and play for free!

​Carlisle United currently occupy 11th place in League Two, eight points away from a Play-Off place and four places above Boro. The Cumbrians were held to a 1-1 draw against Mansfield Town on Tuesday, with a late Stephen McLaughlin strike denying Carlisle an important three points.
In the previous meeting between the two sides in December, Carlisle emerged 4-0 winners with Boro's last victory against Saturday's opponents coming in a 3-0 win at The Lamex Stadium in 2019, with goals from Arthur Iontton and Kurtis Guthrie (2).

​Alex Revell has made limited alterations to his team in Boro's last five outings, but with injuries to both Scott Cuthbert and Danny Newton last weekend changes look likely.

In the build-up to Saturday's game, manager Alex Revell stated "We love playing at home because we know the pitch and the ground staff have done tremendous work to make sure the pitch is in top condition, and at home in recent weeks we've put in some really positive performances against top opposition who have come here and struggled against us.
Reflecting on the week's recovery period, Revell said "It's good that the players have now had some time to reflect on the past few weeks and get some energy back, because it has been a relentless run of games and it has taken it's toll on the players slightly.
But now they have rested, re-energised and are ready to return to build on what we are doing and get a positive result against a good side on Saturday."

Saturday's match against Carlisle United is available for fans to stream LIVE! Buy an iFollow Match Pass and show your support for the Boro. 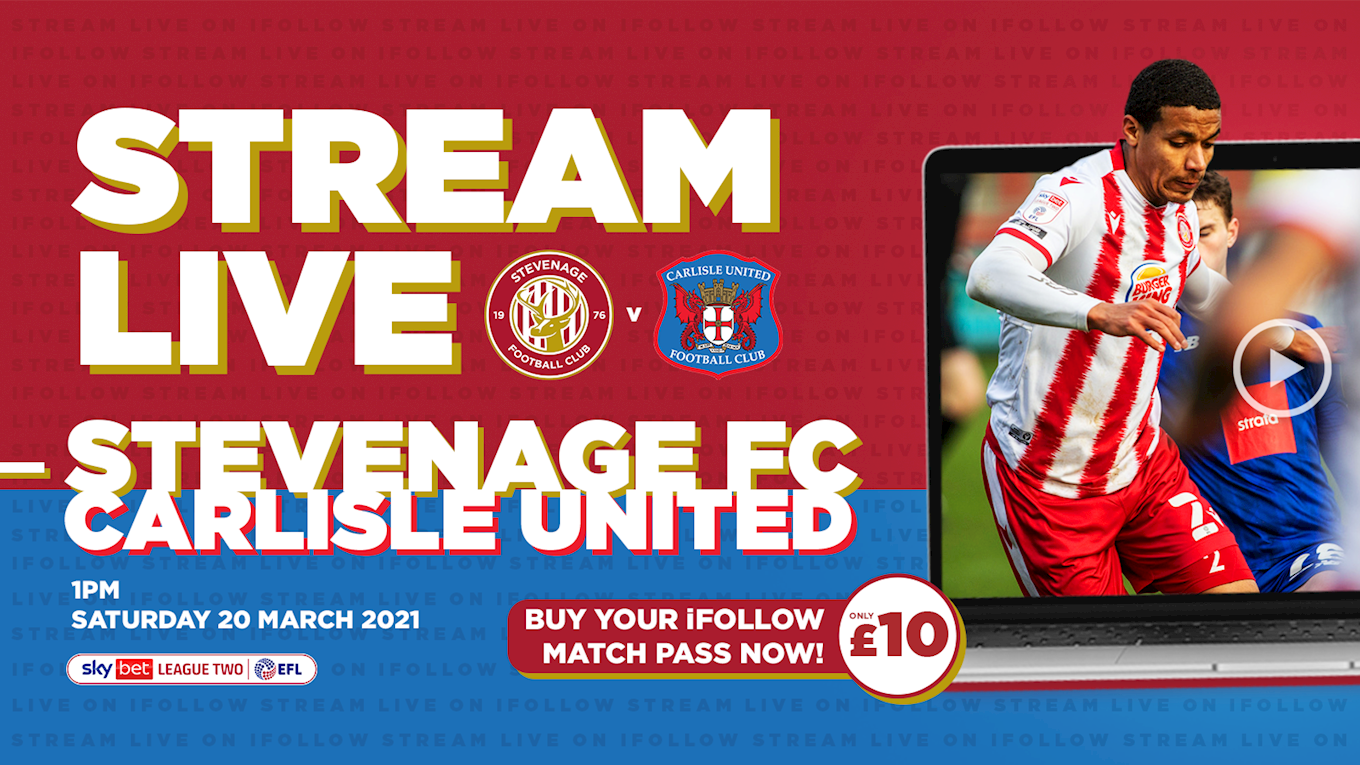