Alex Revell named four changes to the side that earned an FA Cup First Round replay with MK Dons on Saturday, with a slightly rotated team for the final Papa John’s Trophy group game of the season.

Adam Smith returned between the sticks, while Luke Prosser, Max Melbourne and Jamie Reid all came into the starting eleven.

Boro knew a positive result would see them into the knockout stages of the league trophy but had to overcome the challenge of League One Cambridge United first.

After an impeccably observed minute’s silence ahead of kick-off, the two sides started the game with high intensity and looked to take control of the game.

Ten minutes in, Stevenage had their first sight of the Cambridge goal. After good work from Elliot Osborne earned Stevenage their first corner, a knock down inside the box almost allowed Jamie Reid a shot at goal before Cambridge scrambled to clear.

Two minutes later, Terence Vancooten’s name was taken down in the referee’s book for pulling down Harvey Knibbs on the break. Luckily, the defender was not last man as Luke Prosser covered well.

Luther James-Wildin had a left-footed half volley fly just over the crossbar, as the first half was dominated in the two sides’ attempt at controlling possession first and foremost.

Brad Barry was almost slid through on goal by Elliott List with ten minutes to go, only to stray into an offside position.

The upped intensity leading up to half-time would pay off though, and it was no surprise when Elliott List fired the hosts into the lead.

After breaking the Cambridge line of defence, Jamie Reid picked up the ball out wide and drove towards the by line, before cutting it back to Stevenage’s top scorer. With one touch to set and one to shoot, Elliott List calmly placed his shot into the bottom left corner to notch his ninth goal of the season.

Half-time came and Stevenage went in deservedly in the lead.

Five minutes into the second half, Alex Revell’s men had a couple of good chances to double their lead. A Jake Reeves strike from distance was matched by a good stop from Cambridge’s Kai McKenzie-Lyle who tipped over and forced the corner.

From the resulting corner, the ball fell to Brad Barry midway inside the Cambridge half, who himself decided to try his luck with a strike at goal. Well-hit and goal bound, Barry’s effort was saved yet again by the visiting stopper, but this time parried to the feet of Elliott List who could only fire over.

Moments later, Boro went close to doubling their advantage after Jamie Reid latched onto a long ball over the top, only to see his lobbed effort strike the post and behind.

James Daly looked a bright spark on his return from injury, and had a chance to mark his return with a goal. After meeting a low, driven cross at the back post, Daly thought he had given Stevenage a sought after two-goal cushion but to the dismay of seeing the linesman’s flag raised for offside.

With fifteen minutes to go, Adam Smith got enough on the ball from a Harvey Knibbs header to keep the score in Stevenage’s favour, before McKenzie-Lyle made another good save from Elliot Osborne to keep Cambridge’s hope of an equaliser alive.

Time eventually ran out for the visitors though, albeit still happy enough with qualifying top of the group. Elliott List’s first half strike was the difference in the end, sending Stevenage through in second to the knockout stages of the Papa John’s Trophy. 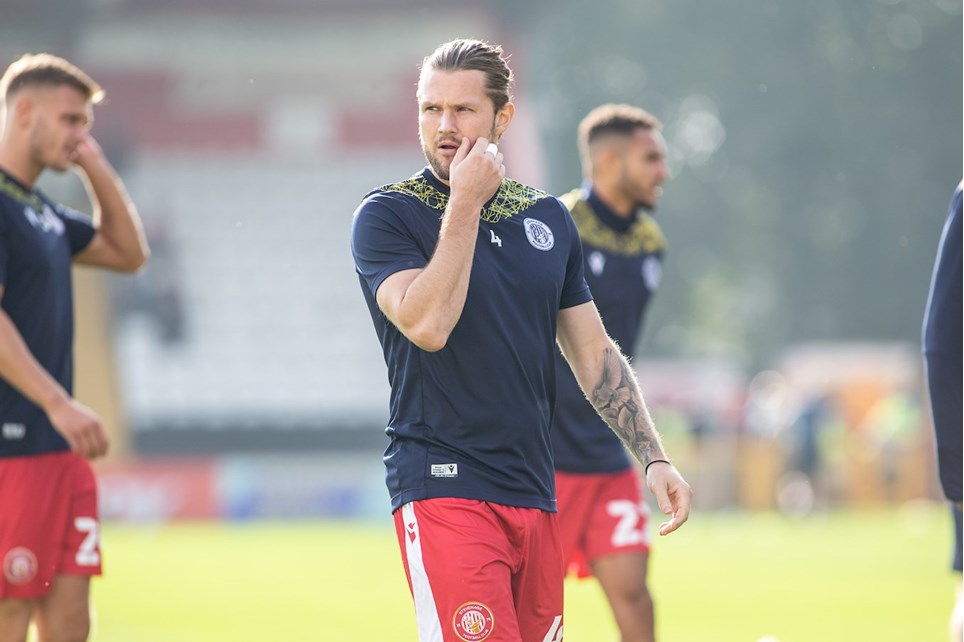 
Get up to scratch with all things off the pitch ahead of tonight's Papa John's Trophy fixture vs Cambridge United... 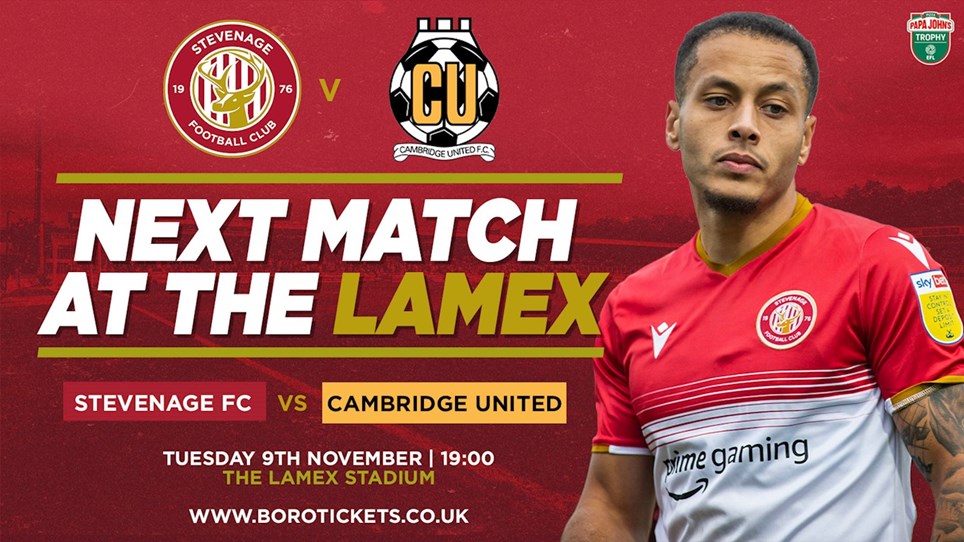 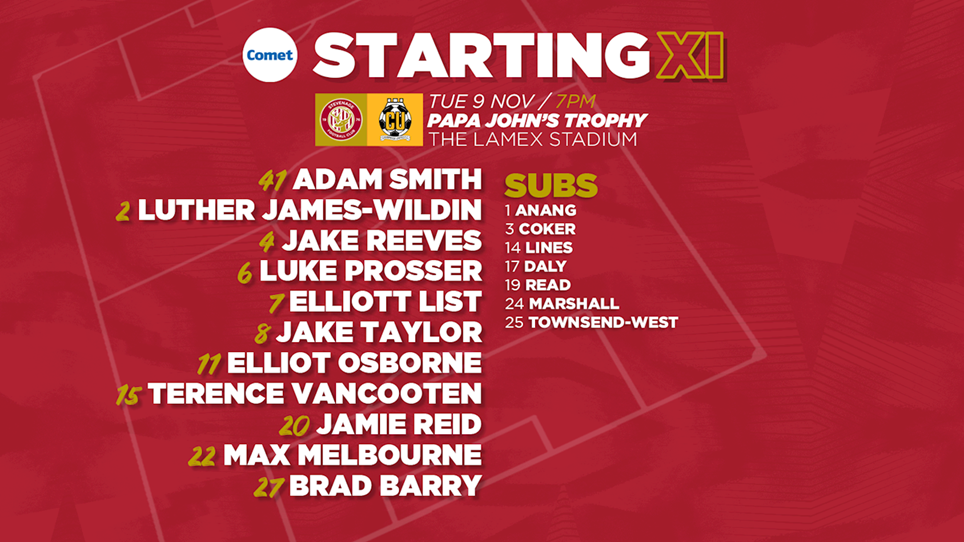 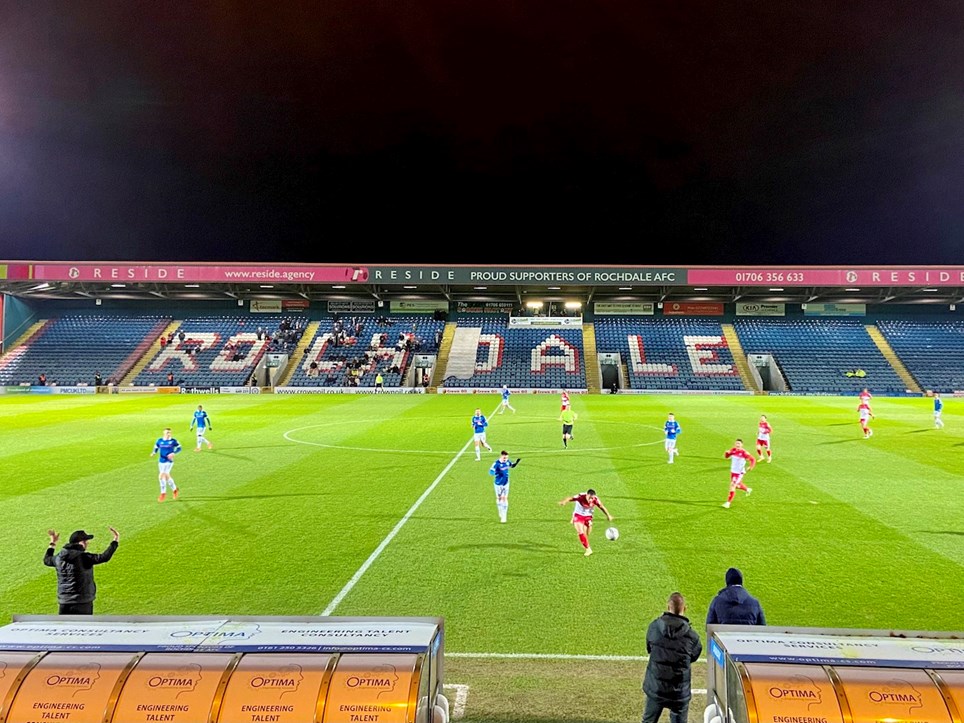 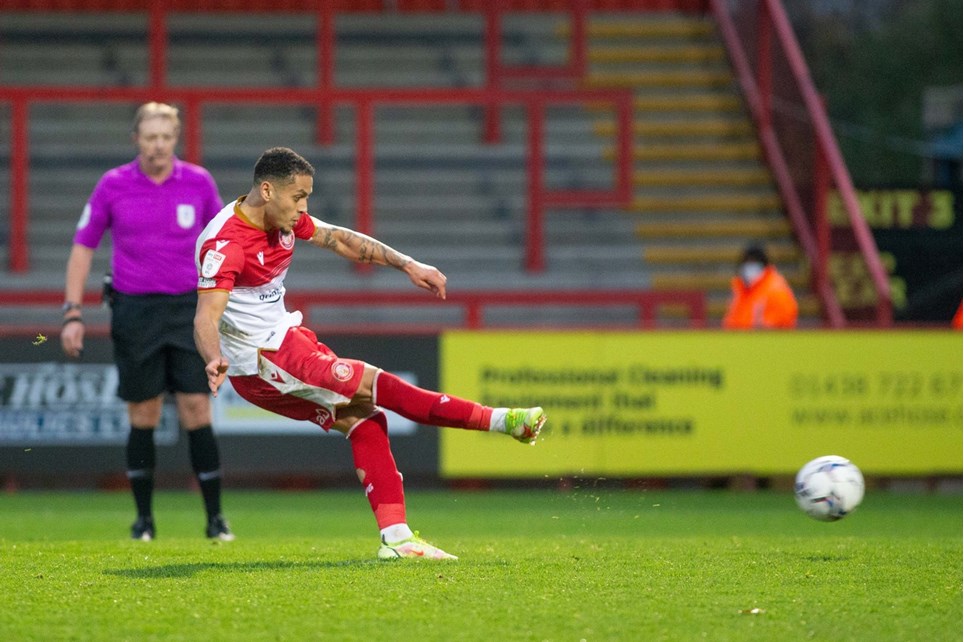