We take a look at some players, past and present, who have represented both Stevenage and Exeter City as ahead to this Saturday’s fixture in Sky Bet League Two…

Over the years, there have been many players who have made appearances for Exeter City, either before or after their time at Stevenage.

One of Exeter City’s most notable players in recent history is midfielder Jake Taylor. After spending six years with the Grecians, making over 220 appearances and being captain for two years, Taylor signed for Stevenage in May 2021. Since then, he has been a key part of Alex Revell’s system and has become popular amongst the Boro faithful.

Taylor is not the only member of the current Stevenage squad to have represented Exeter City in the past. Jamie Reid, who also signed in the most recent transfer window, came through The Grecians’ academy. As a young man who had just progressed through the ranks at Exeter, competition was tough. He made 28 appearances over his four years at the club with a few loan spells in between.

Looking back at past players who have represented both clubs, popular goalkeeper Ashley Bayes made 145 appearances at Exeter before joining Boro as backup to the first choice Chris Day.

In 2012, midfielder James Dunne signed for Stevenage after making over 100 appearances for Exeter City. In his first season for Boro he earned both the Player of the Year and Players’ Player of the Year awards after scoring six goals and consistently being a key asset to the squad fighting to stay in League One. 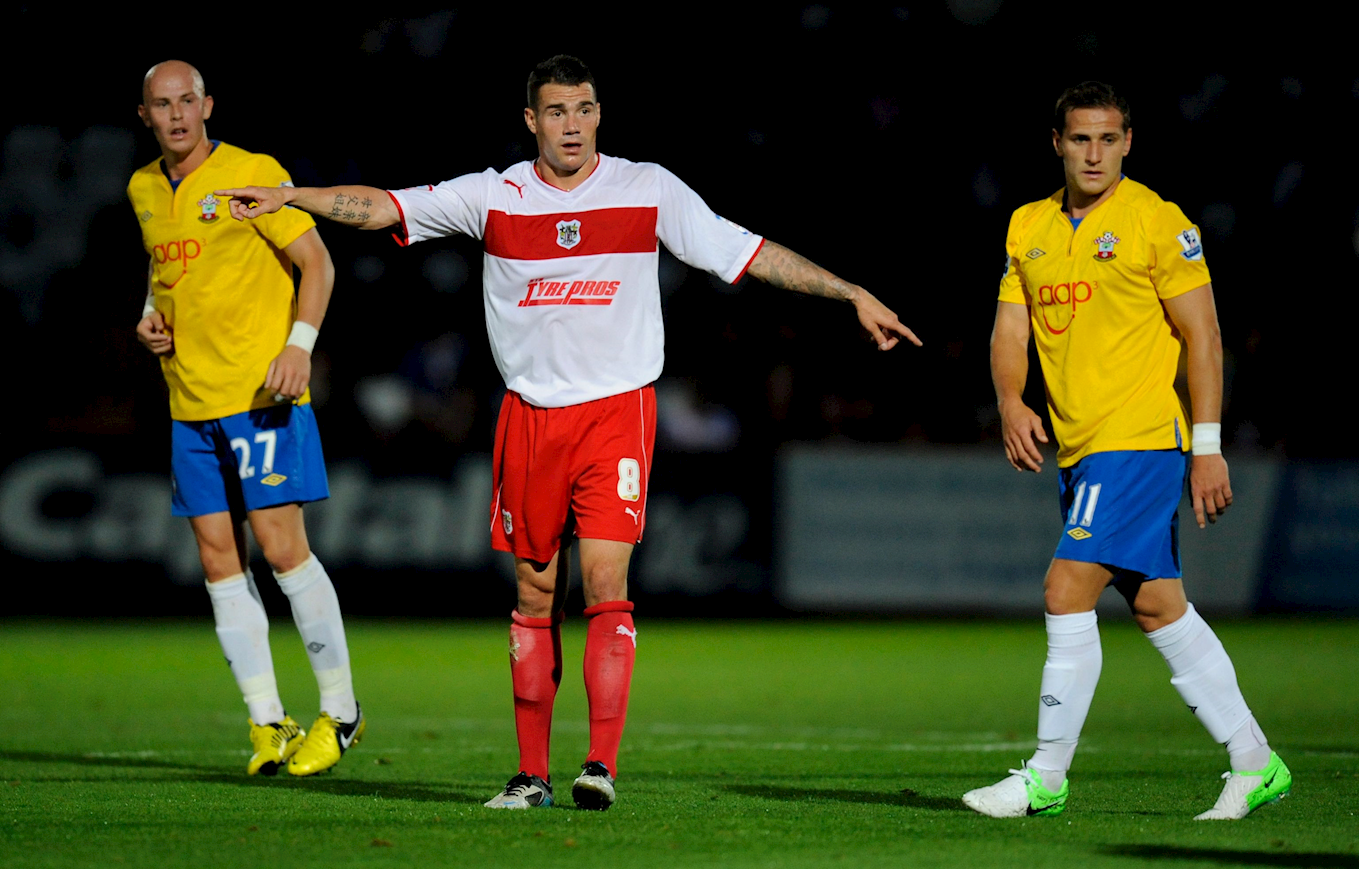 In the mid 2000s, Boro signed Brazilian defender Santos Gaia from Exeter City, an important part of Stevenage’s 2006/07 squad that won the FA Trophy at Wembley.