Late goals from Luke Norris and Jamie Reid complete a stunning comeback for Boro at The Lamex Stadium...

Following last Saturday’s 2-1 win away to Tranmere Rovers, Steve Evans’ men returned to The Lamex in hopes of another three points. The opponents, Stockport County, were in search of their first points on the board since returning to the EFL after an eleven year absence.

Steve Evans opted for the same eleven that defeated Tranmere the weekend prior, with the exception of Jordan Roberts replacing the injured Elliott List to partner Luke Norris in attack.

The opening ten minutes made for a very competitive encounter as both sides looked to get a hold of the ball and play their football. The Hatters supporters in the South stand were audibly keen to see their side’s first away goal in the EFL for over a decade.

Stevenage waited twenty minutes to really threaten the Stockport defenders with Luther James-Wildin majestically skipping past two defenders, but his ball into the area was cleared.

Then, up the other end, the first real chance occurred for the visitors. Ryan Rydel took aim from the edge of the area but his effort was deflected over the crossbar and danger was cleared from the resulting corner.

On the stroke of half time, Boro got their first shot on target of the afternoon. Luther James-Wildin’s long throw in is headed out to Jake Reeves whose spectacular effort was pushed over the bar by Stockport keeper Ben Hinchcliffe.

It seemed as if that was going to be the final chance of the half but Stockport thought otherwise. Paddy Madden turned in the box to shoot but Taye Ashby-Hammond’s superb save kept the score line goalless as the sides went into the break.

The second half got underway and it seemingly remained a tough contest for either side. Luke Norris brought the ball down in the Stockport area before dragging his shot wide of the post on the turn.

Just before the hour mark, the travelling support got their goal. The ball came out to substitute Callum Camps who fired it low and hard into the bottom corner past Ashby-Hammond to open the scoring and put the Hatters in front.

Two additional substitutes soon followed for Boro as Danny Rose and Dean Campbell were brought on in place of Jordan Roberts and and Jake Reeves.

With fifteen minutes to go, Stevenage came agonisinly close to an equaliser. Jamie Reid received the ball on the right hand side of the box before his low effort was fired just wide of the far post. Steve Evans then made his sixth substitution with debutant Kane Smith replacing Luther James-Wildin.

With five minutes to go, Saxon Earley was fouled in the Stockport area with Ash Palmer receiving a red card and Stevenage being awarded a penalty. It could only be Luke Norris to step up and send the Stockport keeper the wrong way to level the scoring. The fourth official then showed six minutes of added time to be played.

In the final moments of additional time, The Lamex Stadium went wild as Stevenage grabbed a late winner. Young left back Saxon Earley squared the ball across goal with Jamie Reid tapping it in to the delight of the Boro faithful.

The referee then blew his whistle for full time to send Stevenage home with all three points once again. Two games, six points and plenty of positives for Boro as the games start to come thick and fast. 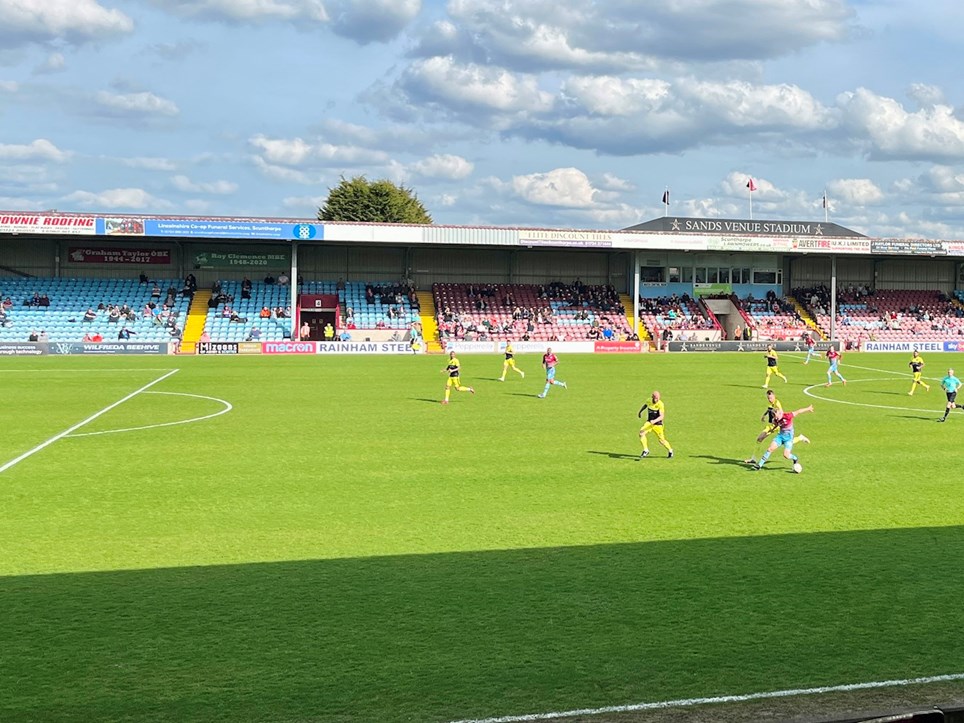 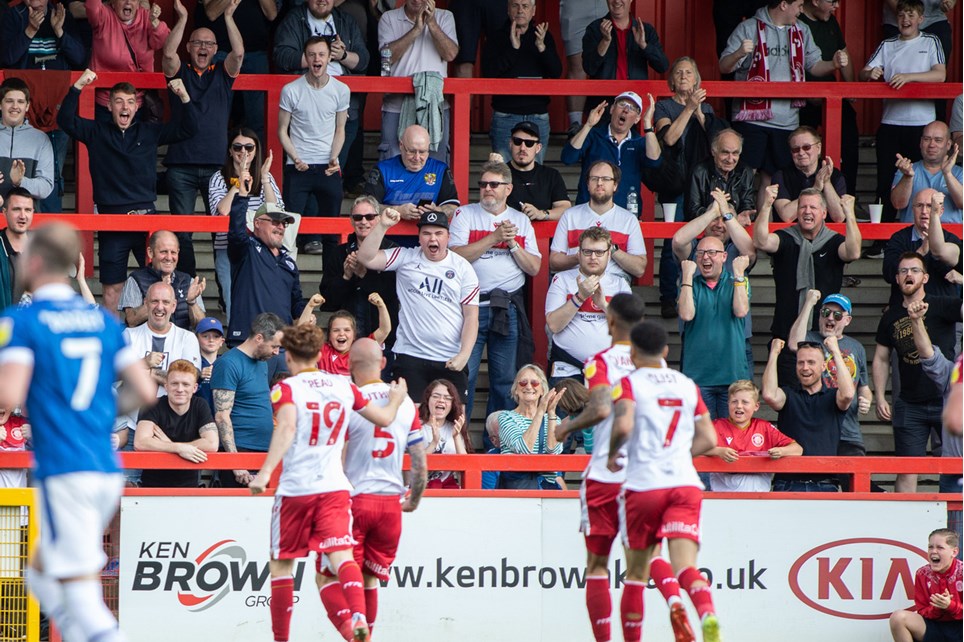 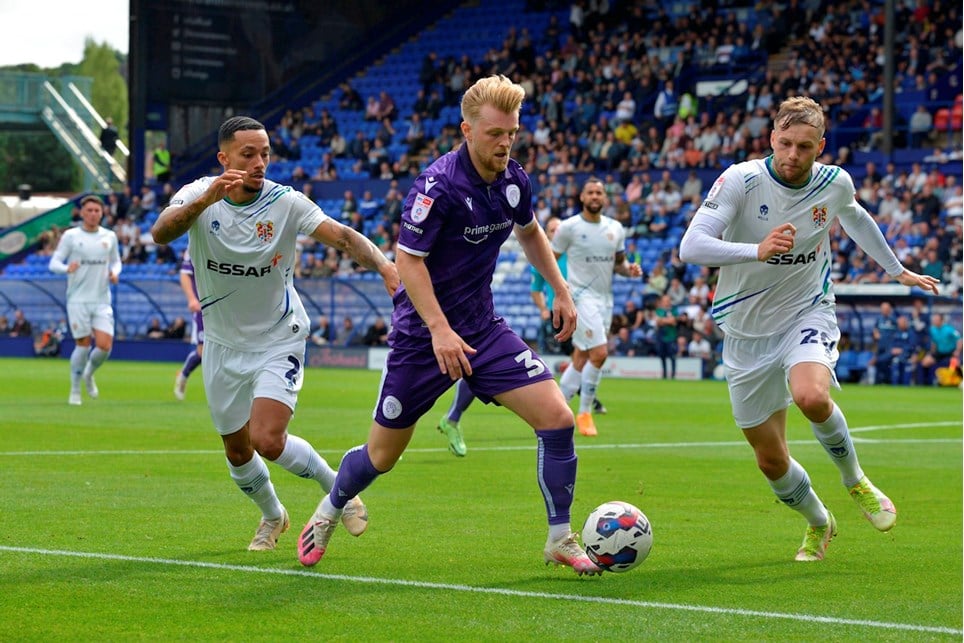 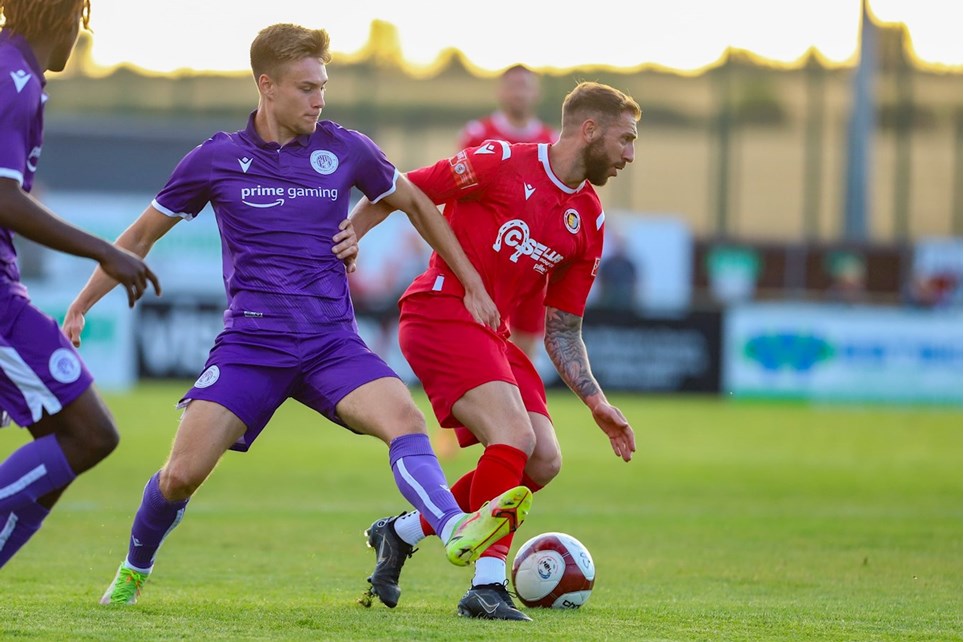 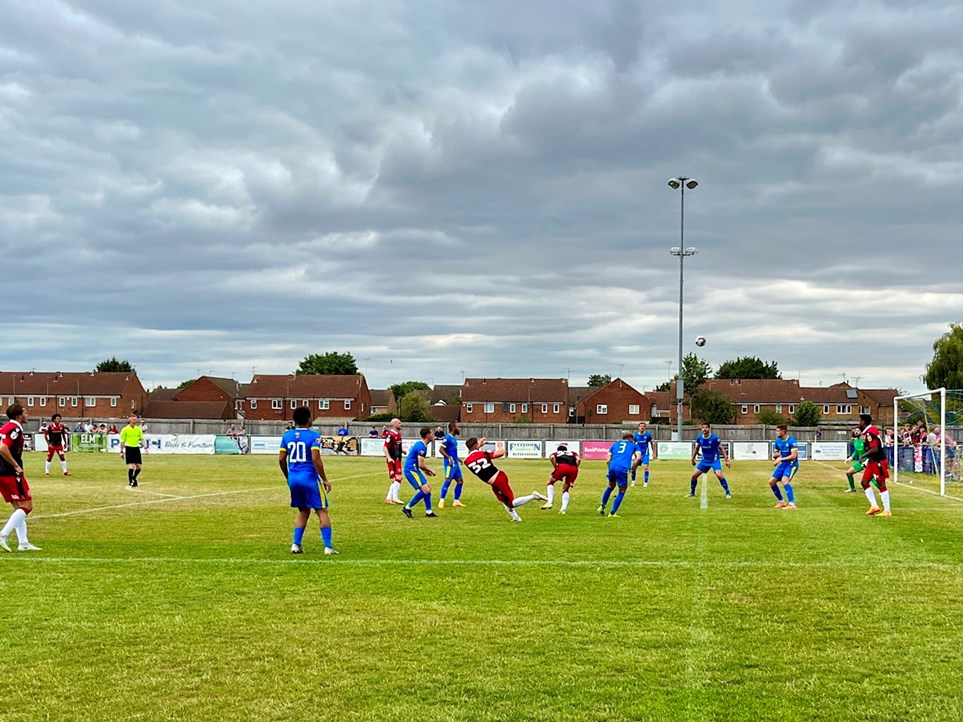