Stevenage join over 75 clubs in English football to announce a partnership with #HerGameToo in a bid to combat sexism in football. The non-profit organisation aims to create awareness, educate, research, develop a strong sense of community and create strong relationships with clubs, among much more.

As part of our partnership with #HerGameToo, the Club is excited to announce a double-header Boro weekend, with the men’s team taking on Newport County on Saturday 12th March before the women’s team face Norwich City the following Sunday.

Supporters with either a 2021/22 Season Ticket or match ticket for the men’s Newport County game will receive free entry to SFCW’s Norwich City tie the following day. 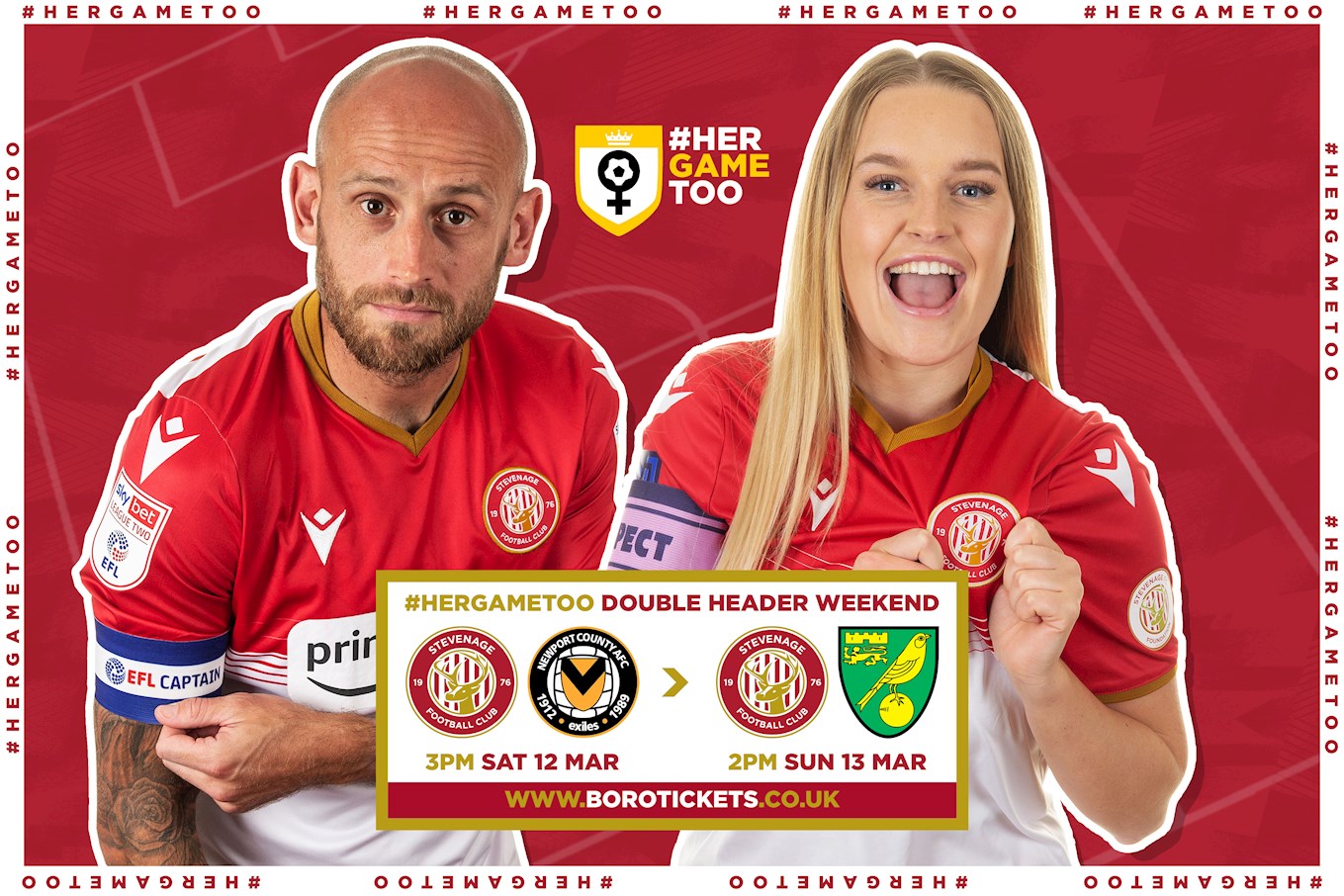 “The Her Game Too initiative is a real forward step in the growth and awareness of Women and Girls football and it’s great to see so many Pro clubs supporting this, particularly Stevenage FC. Stevenage FC Women will be grateful for any support from Boro fans at both our game against Norwich and the County Cup final vs Colney Heath”.

As well as the double header weekend, Stevenage supporters will begin to see #HerGameToo incident report posters around The Lamex Stadium as well as adverts in the Digital Matchday Programme and on the LED boards.

Lucy Ford, co-founder of Her Game Too said,

“Her Game Too is a movement set up by 12 female football fans with the aim to raise awareness of the sexist abuse in football. Our aim is to tackle the misogynistic culture surrounding football so we can create a better and more inclusive atmosphere for female fans for now and the next generation.

We feel it is important to have the support and backing of football clubs throughout the country, across all levels, so we are delighted to be partnering with Stevenage FC and we look forward to working together."

Stevenage FC remains committed to continuously developing a positive, all-inclusive culture within the Club for players, staff, volunteers, and supporters. We pride ourselves on delivering a family-friendly matchday experience for all supporters, while promoting an equal opportunities environment irrespective of people’s faith, gender, race, nationality, sexual orientation or disability.

Supporters can report any sign of abuse, anti-social behaviour, foul/abusive language or discrimination within the stadium on a matchday to the Matchday Control Room anonymously by contacting 07526 476547. 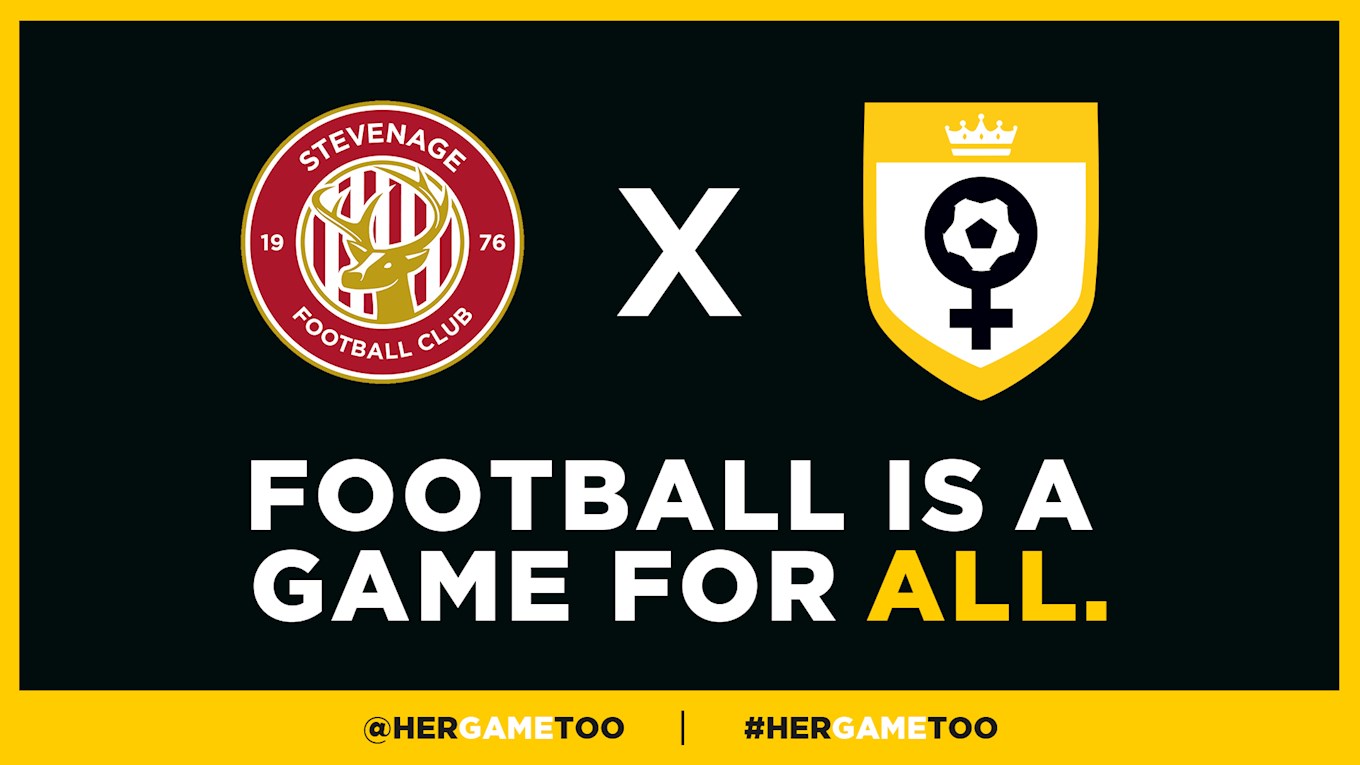