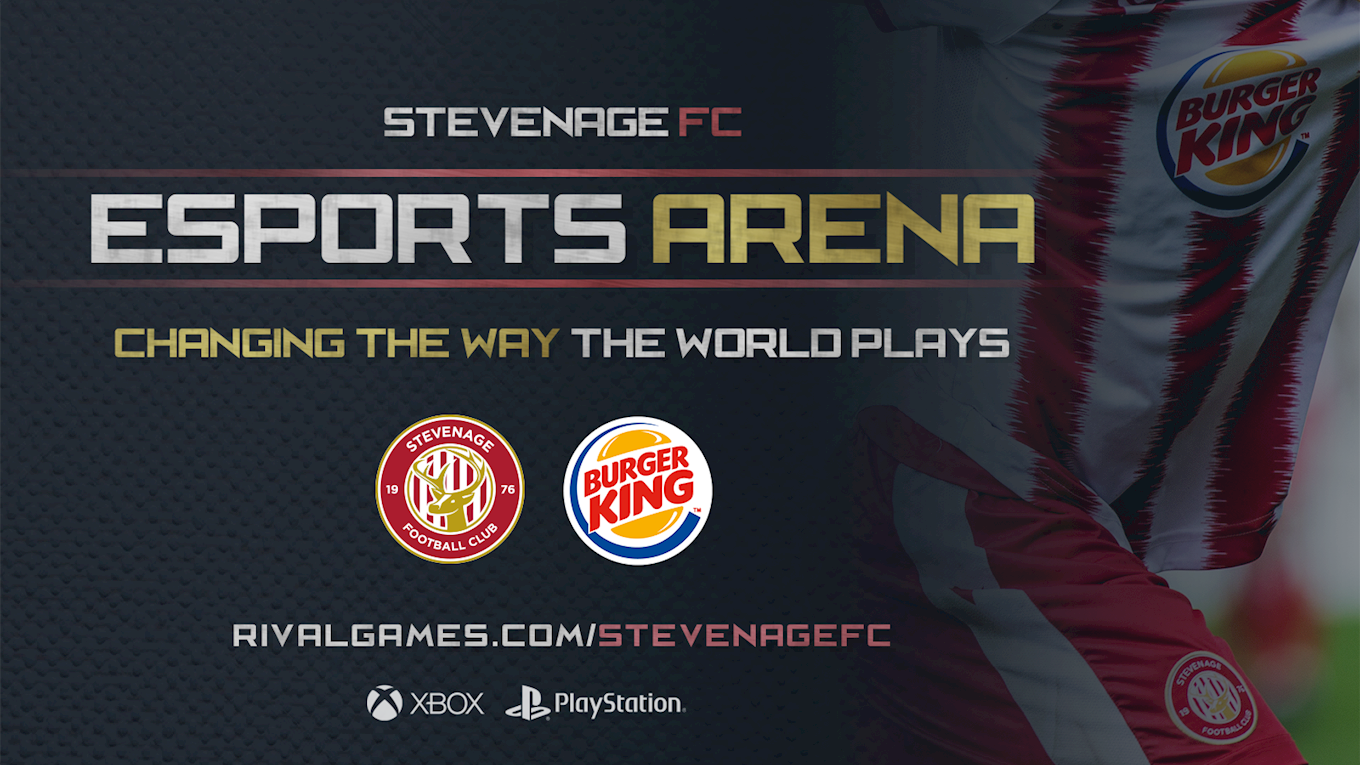 Stevenage FC are pleased to announce the launch of its own eSports platform in the form of Stevenage FC eSports Arena, becoming the first English Club to launch a live platform of its kind...

Powered by US based platform provider Rival, the eSports Arena will enable the Club to establish a new eSports gaming community for Stevenage FC fans all over the world. Utilising Rival technology, the Stevenage FC eSports Arena will be a destination for the Club’s fans to communicate, compete and earn rewards points that can be used to redeem exclusive team merchandise and partner prizes.

The US based Rival already hosts eSports communities for major sports teams such as the New York Knicks, Orlando Magic and the Detroit Pistons.

The new platform will initially feature EA Sports FIFA 21, engaging both Xbox and PlayStation users through the cloud, with the ability to add titles such as NBA 2K and Madden in the future. Fans can begin earning points by registering with their gamertag at www.rivalgames.com/stevenagefc.

The launch comes off the back of the Club turning itself from a small team in real life into the biggest team online, following its recent partnership with shirt sponsor Burger King. During the past year the fast food chain offered free food to gamers all around the world when they scored goals with Stevenage FC, resulting in the Club becoming the most played team in the world on FIFA 20.

Younger gamers can compete in the Stevenage FC eSports Arena Under 18s Launch Tournament, sponsored by Stevenage FC Foundation, and compete to win a signed Stevenage FC jersey. Players can sign up from 16th November at www.rivalgames.com/stevenagefc.

Outside of weekly tournaments, gamers can log in at any time to compete in free On The Fly tournaments and participate in other challenges to earn additional points that can be converted into prizes.

“We are delighted to be working with Rival to launch Stevenage FC’s Esports Arena, which will bring together gamers all over the world playing as Stevenage FC on FIFA to compete in one environment,” said Stevenage FC Chief Executive Alex Tunbridge.

“The platform is the next step in continuing to make Stevenage FC one of the biggest clubs in the eSports world.’’

Rival Chief Marketing Officer Dan Parise added: “We are excited to leverage our state of the art technology with Stevenage FC to support their continued development in the digital gaming space. The Club’s progressive approach will create new engagement with fans of all ages and new touchpoints for their corporate partners.”

For more information and to register, visit www.rivalgames.com/stevenagefc.