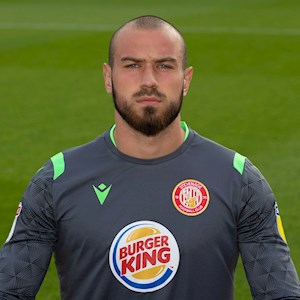 Born in Metz, North-Eastern France, Sacha Bastien came through the ranks at CS Sedan Ardennes, before moving onto Stade de Reims. He made his first team debut for the Ligue 1 club in September 2014, against his hometown club FC Metz.

In August 2019, Sacha Bastien signed for League Two Stevenage FC on a free transfer. He made his Stevenage debut a month later in the EFL Trophy, and made his first appearance in the league in a 1-0 win over Morecambe.

Two months later in October, Sacha Bastien was the hero in a 4-2 penalty shootout victory over Fulham Under 23s, after a 1-1 draw in the EFL Trophy. His next appearance for Stevenage was again the the EFL Trophy, in the Third Round. Bastien kept a clean sheet as Stevenage were victorious over League One Bristol Rovers with a 1-0 win.

Sacha Bastien on signing with Stevenage


Will Appleyard has signed with Bedford Town on loan until the end of the season...