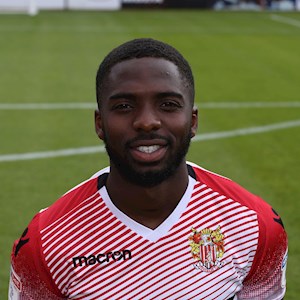 A product of the Tottenham academy, Sonupe ventured up north and joined St Mirren on loan. Succeeding his loan spell, Sonupe joined Northampton Town after a successful trial with the Cobblers but unfortunately only made one appearance for them. In 2017, Sonupe signed for Kidderminster on loan where he would eventually sign permanantly the following season; scoring ten in thirty seven.

Dino acquired Sonupe’s services in the hope he can continue with his form he hit with the Harriers, with Emmanuel saying ‘It is an exciting time and I am eager to meet the lads and prove myself.’ He has met up with the squad ahead of pre-season and is looking to impress Dino and his staff.