A massive win and even better team performance mean Stevenage pick up the 3 points in the local derby.

Darren Sarll made just the one change from last Saturday’s 3-1 win vs Grimsby. Chris Whelpdale came in for Alex Samuel, making his first league start since rejoining Stevenage in the summer.

The first chance of the game came within the first minute for Boro. Joe Martin had found himself high up the pitch down the left, before cutting the ball to the edge of the box, finding Jonathan Smith who shot over the bar.

Stevenage were enjoying the majority of possession, and the chances were coming with it. Danny Newton played it across the box to Chris Whelpdale, who in turn fired over. Stevenage were taking the game to Barnet, and looked the better side in the first few moments of the game.

Tom Pett gave Boro their deserved lead on the half hour. The ball fell to the midfielder on the edge of the box after a corner, then smashed the ball in off the post and home. The goal put us top of the league, much to the away fans’ approval.

A two-footed tackle from Gorman saw the Northern Irishman sent off just before half-time. No real complaints to be had and Stevenage were now backs to the wall until the break.

Barnet had plenty of chances but Boro were resilient and kept the ball out. Stevenage held on for half-time, with it all to play for in the second half.

The second half continued from where the first half left off. Kennedy replaced Newton up top, and looked to be a threat on the counter.

Barnet came close to an equaliser as Akpa Akpro’s effort from the edge of the area fell just wide of the post. Straight down the other end, Kennedy found himself with some space out wide, before playing into Godden whose shot was blocked.

Stevenage fans were in good voice as Barnet couldn't find a way through. The visitors went home with all 3 points as Stevenage picked up their second consecutive win.

Stevenage make the short journey to Edgware on Saturday August 26th for the latest instalment in the Boro - Barnet rivalry.

Last season saw Boro come away from the Hive with a dramatic 2-1 win and Darren Sarll's side will be hoping for more of the same this time around.

Stevenage supporters will be seated in the North Stand and ticket prices are as follows:

Please note that the game is a 3pm kick-off and tickets are also available on matchday from the Barnet ticket office.

The Supporters Association Coach departs from the Lamex Stadium at 1pm and costs £10 for SA members, £15 for non-SA members. 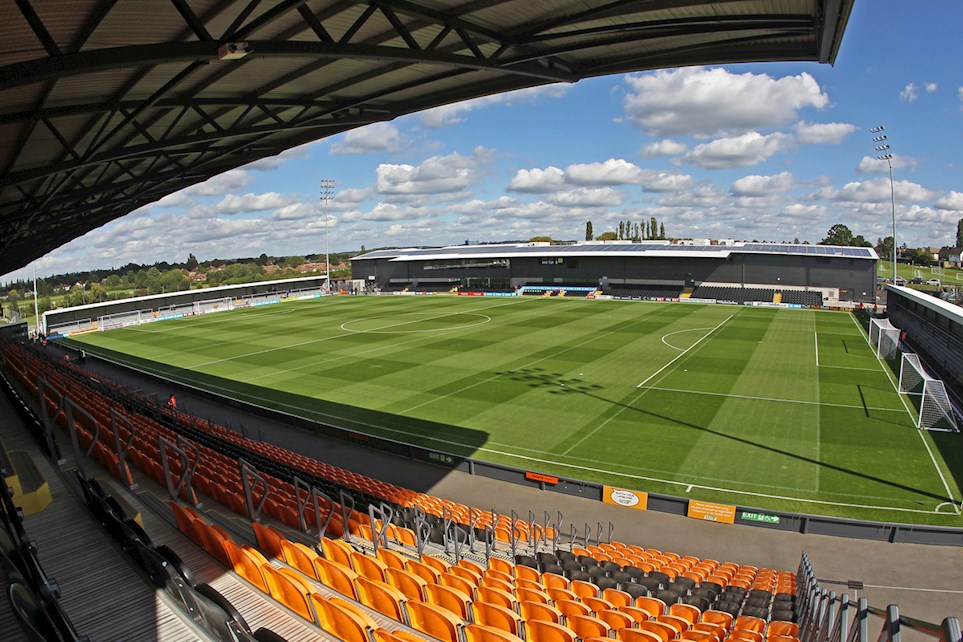 TICKETS: Back the boys away at Barnet


Tickets are available for next weekend's local derby at Barnet...