Bring on the Third Round

Stevenage came out on top of a thrilling FA Cup encounter at the Lamex Stadium to book their place in Monday night’s Third Round draw.

Goals from Samuel, Godden, Pett and two from Danny Newton helped Boro to a 5-2 win that had just about everything.

Darren Sarll named just one change to last Saturday’s defeat at Cambridge – Matty Godden back into the side to replace Danny Newton.

After a decent start from the visitors, Boro began to settle down with 10 minutes played and started pinning the Robins back deep in their own territory.

Matty Godden, Luke Wilkinson and Alex Samuel all saw close range efforts either blocked, saved or hit off the post as Boro bombarded the Swindon box during a frantic opening to the half.

Boro fans could have been forgiven for thinking it would be a similar tale of frustration with chances gone missing, but Alex Samuel would send relief all around the Lamex with just 18 minutes gone.

The attacker making the most of a rare start up front, turning the ball home after a scramble in the area.

Less than 5 minutes later, it was 2-0. Matty Godden set through on goal after a brilliant ball from Pett to split open the defence. Back to fitness and back in the goals, Godden was never going to miss as he increased his FA Cup tally to 4 goals on the season.

They say 2-0 is the most dangerous of score lines and so it would prove during a crazy first half of football.

Paul Mullin came close to pulling one back shortly after as he broke the offside trap, only a remarkable recovery from Luke Wilkinson denying the striker from surely scoring.

Try as they might, Boro couldn’t see away the Swindon threat and on 30 minutes, Linganzi rose highest to head in from a Swindon corner.

Buoyed by their goal, the Robins continued to push and ten minutes later, it was 2-2. A freak strike, straight in from Matty Taylor’s corner through a congested 6 yard box.

With the added minutes shown and everyone beginning to settle down for half-time, Tom Pett scored the goal of the half to make it 3-2. Matty Godden chesting down a long ball forward into his path, taken first time on the volley and into the bottom corner.

With everyone’s breath gathered, the second half kicked off with the same intensity as both sides looked to increase their tally.

Luke Norris saw a low shot from the edge of the box fall the wrong side of the post whilst Danny Newton (replaced the injured Samuel) could only hit Vigouroux in goal from just a few yards out.

Tensions were high and after Smith slid in on a Swindon man by the benches, a minor melee ensued which saw Sarll and Swindon assistant manager, Ben Futcher sent to the stands.

The game was still on a knife edge when Joe Fryer made a superb tip over the bar to deny Matty Preston in the air, a crucial save with just a one goal lead.

Straight down the other end, Godden turned provider as he crossed for Newton to head home and make it 4-2. The simplest of finishes for Danny to get in on the action.

Stevenage born Luke Norris should have pulled his side back with a point blank header that he skewed wide and with just over ten minutes to go, the game was finally won as Newton scored the goal of the day.

After picking the ball up on the half-way line, it was head down all the way as he powered his way past the Swindon midfield, defence and goalkeeper. A superb finish to a superb afternoon at the Lamex.

Join us at Fortress Lamex for a big FA Cup tie...

Get behind the boys next Saturday for Stevenage's FA Cup Second Round tie at home to Swindon.

After the First Round victory against Nantwich, Darren Sarll and his team will need all the support possible in order to make it into the all-important Third Round draw.

Swindon come into the tie off the back of a 5-1 First Round win at Dartford and just a few points away from Boro in the league. 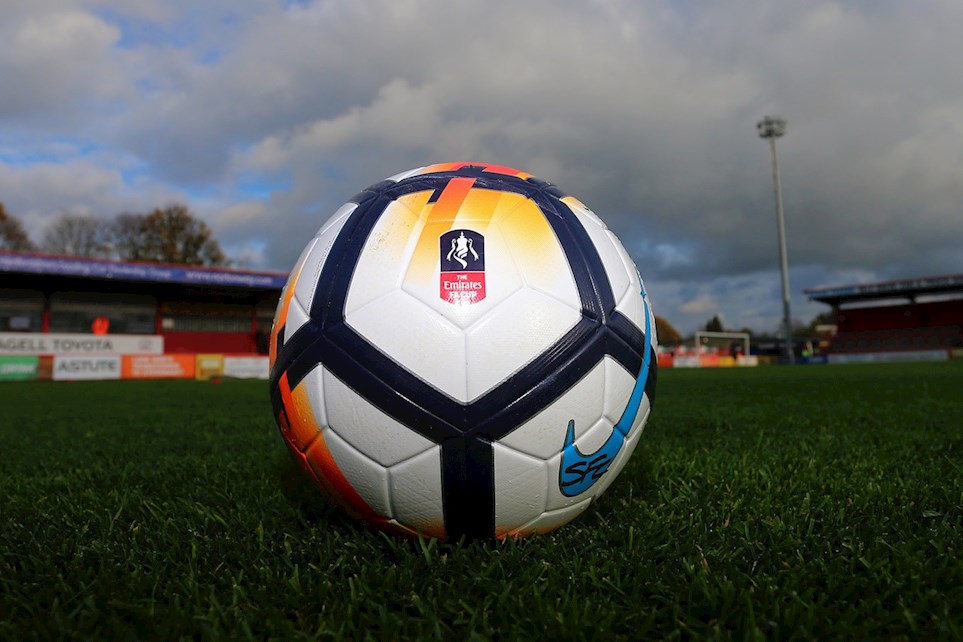 
Get behind the boys as we look to book a spot in the Third Round...