Stevenage fell to a 3-1 defeat at Forest Green on Tuesday night as an Alex Revell red card proved the turning point on a night that began with so much promise.

After going 1-0 up through Luke Wilkinson's free-kick, Revell was sent off with less than 30 minutes gone and Stevenage never looked the same.

Reuben Reid struck in first half added time before Forest Green scored twice without reply during a difficult second half for the team.

Darren Sarll named two changes to the side that drew to Luton at the weekend, bringing in Luke Wilkinson and Ben Kennedy for the injured Jack King and Jonathan Smith.

Stevenage got off to a bright start and dominated the opening 10 minutes, enjoying the well prepared pitch at the New Lawn.

Luke Wilkinson - back in the team after a lengthy spell out - had the first chance of the game as he hooked the ball over the advancing keeper inside a crowded box only to see it cleared off the line.

Forest Green grew into the game and danger man Rueben Reid was the first player to work Tom King in goal, as he struck the ball straight at the keeper from 18 yards out.

Within the same period of the half, Boro bodies were thrown on the line to stem a Rovers surge that ended in Christian Doidge heading wide.

Alex Revell was beginning to have an impact on the game, winning his headers and flicking on for the attackers around him. With 25 minutes gone, the big man knocked down for Johnny Goddard who was fouled on the edge of the box.

Up step, Luke Wilkinson. The centre-back expertly bending the ball around the wall and into the bottom corner.

Moments later, the game turned. Revell, chasing after a loose first touch, threw himself into a challenge with Isaiah Osbourne which left the Forest Green man reeling.

It didn’t take long for the referee to show Revell a straight red card and send Darren Sarll’s plans down the drain.

With the team a man short, Stevenage were forced to sit deep to try and see out the half but just as 6 minutes of added time were shown, the home side struck back.

Reuben Reid beating out Ben Wilmot in a one-on-one chase, before firing under Tom King to make it 1-1 at the break.

Even if just for a few seconds, Matty Godden thought he nodded his side back ahead right out the half as he converted Mark McKee’s free-kick past Collins, only for the assistant's flag to be raised.

A mental minute on the hour mark saw Tom King and Ronnie Henry both make crucial blocks from point blank range, before Ben Kennedy saw his second golden chance of the game spurned after being found over the top by a brilliant ball from McKee.

Another key moment as seconds later, the hosts lead. Rawson unchallenged at the back post as he headed in with just under 30 minutes to go.

Needing a jolt, Danny Newton replaced Ben Kennedy but with a man disadvantage, Stevenage struggled to impose themselves on the rest of the contest.

There was no lack of effort from Sarll’s men, but the task proved too big to overcome as Christian Doidge put the finishing touches with just under ten minutes to go.

The striker prodding in a pin-point cross from the right hand side to send the New Lawn wild as it was comeback complete.

Stevenage will now switch their focus to a home game against Yeovil at the weekend where three points will be seen as a must. 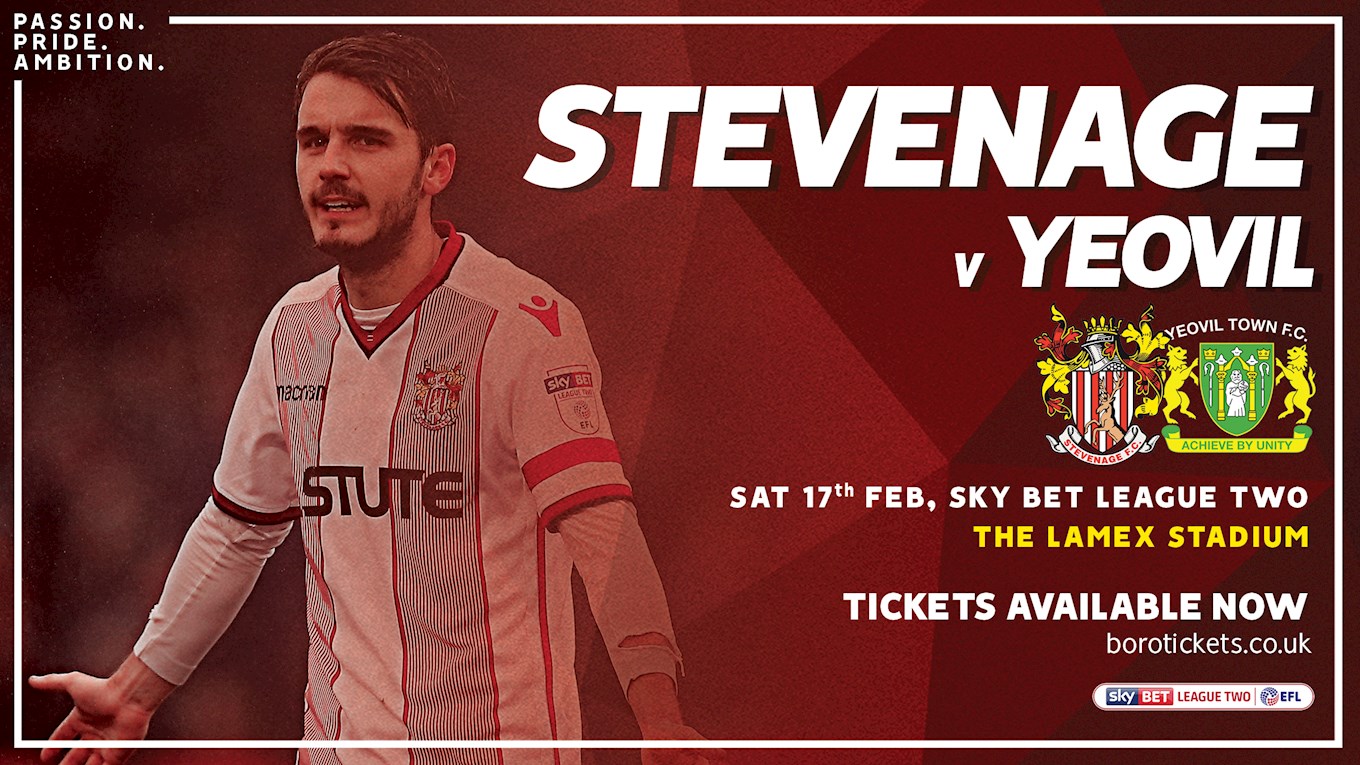 Save cash and buy in-advance...

Fresh off Saturday's 1-1 draw at home to league leaders Luton, Boro are back on the road this Tuesday (13th February, 7:45pm) for the trip to Forest Green Rovers.

It has been nearly 10 years since Stevenage last played at the New Lawn and tickets are cheaper when bought in-advance.

Fans are strongly advised to purchase from either the club shop or at borotickets.co.uk to avoid queues and save cash.

Disabled seating can be booked in-advance by calling 01438 223223 or by visiting the club shop.

The SFCSA coach will be running with a strict departure time of 3pm from the Lamex Stadium. Tickets cost £25 for members and non-members. 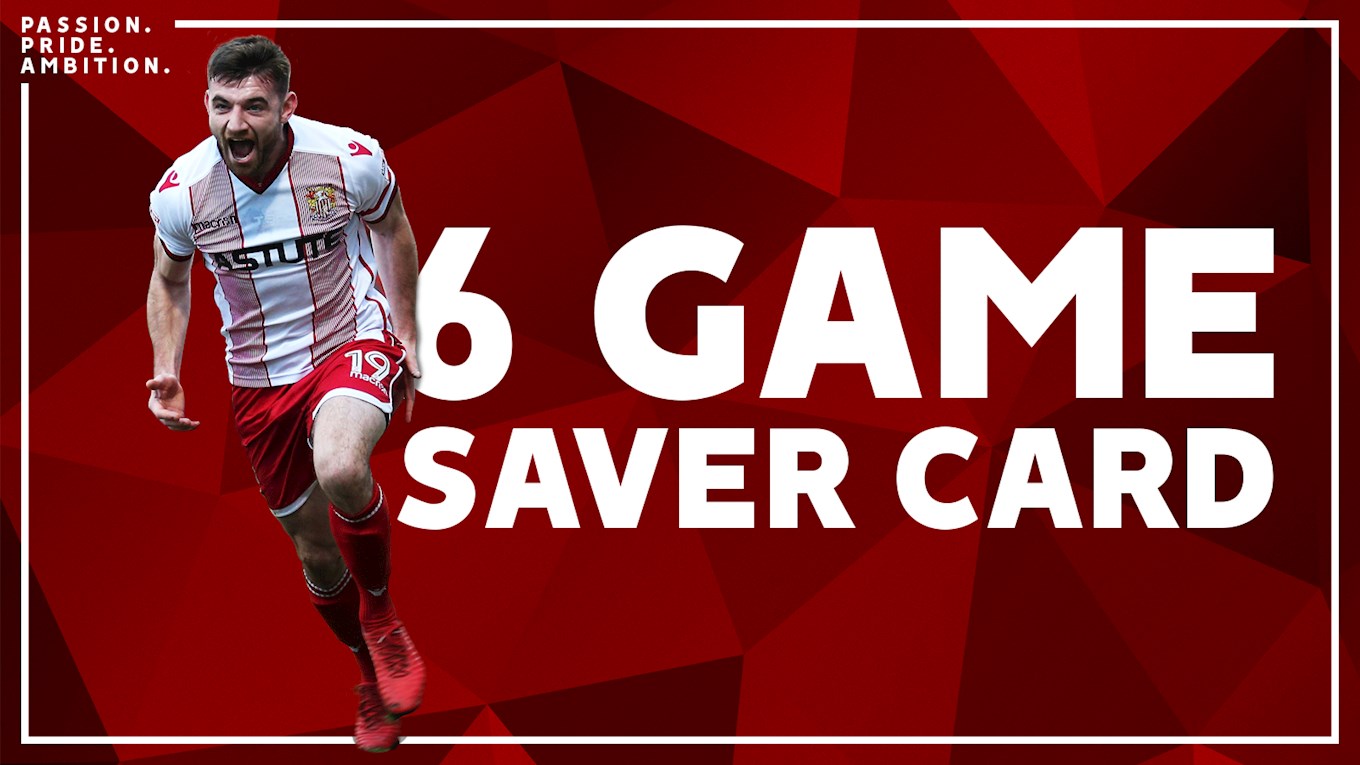