Everything you need to know ahead of Saturday's game...

Matchday tickets are also available from the turnstiles or Ticket Office for both Stevenage and Crewe Alexandra supporters. See all prices here.

On Saturday we are supporting Kick it Out to raise awareness and help tackle racism and discrimination. Look out for clappers, stickers and flags being distributed around the ground. Click here to find out how you can download their reporting app.

Crewe fans - take a look at our Away Fans section of the website ahead of tomorrow's game.

The Broadhall Suite will only be open to both home and away fans from midday. Make sure you stick around after the final whistle for the Supporters Association Race Night. The first race starts at 7pm and entry is only £2.

Limited free parking is available across the A602 in Fairlands Valley car park. The South Field car park will be unavailable due to the fair being in town. Please note not to park in the nearby retail parks.

After last Saturday’s game against Mansfield was postponed, it will have been two weeks since Darren Sarll’s side last took to the field.

That was a 2-0 defeat at Notts County as the Magpies scored twice late to seal the points.

Despite the play-offs now seeming unlikely, the Stevenage players still have plenty to prove as they aim to reach internal targets and deliver a strong end to the season.

Results at the Lamex have been good all season though with just 3 defeats coming on home turf. Last time out in SG2 a 4-1 win against Yeovil was the latest in a number of convincing wins at home.

Crewe Alexandra also had a game postponed last weekend and are eager to pick up a few more wins in order to seal their Sky Bet League Two status for another season. Currently 6 points above the relegation zone, the Railwaymen still have work to do to secure their fate.

A 4-1 win at Lincoln a fortnight ago was arguably the Alex’s best result of the season and a strong warning about their capabilities on the road.

There are a number of doubts ahead of Saturday's game as a number of senior players have been missing from training this week.

Henry and Bowditch are viewed as ‘doubtful’ to feature whilst Godden and King has a 50/50 chance to make the team.

There is good news though as Kennedy should be good to go after recovering from his injury which forced him off at Notts County.

“We have got a decent record at our place and we know that when we open up, we have opened up big at home.

“There is an expectation from the coaching staff and hopefuly from the supporters. I hope that we can open up again another and get another convincing victory.

“Stevenage have a good manager in Darren and they have good players. They play football and he has turned it around again after they had some indifferent form, so full credit to him.

“They have good young players. We know the quality the likes of Wilmott, McKee and Godden have. They also some older professionals who help the younger ones, players like Joe Martin, Revell and Whelpdale.

“They have a really nice blend of youth and experience and it is always a tough place to go. They are a good side and it should make for a good game.” 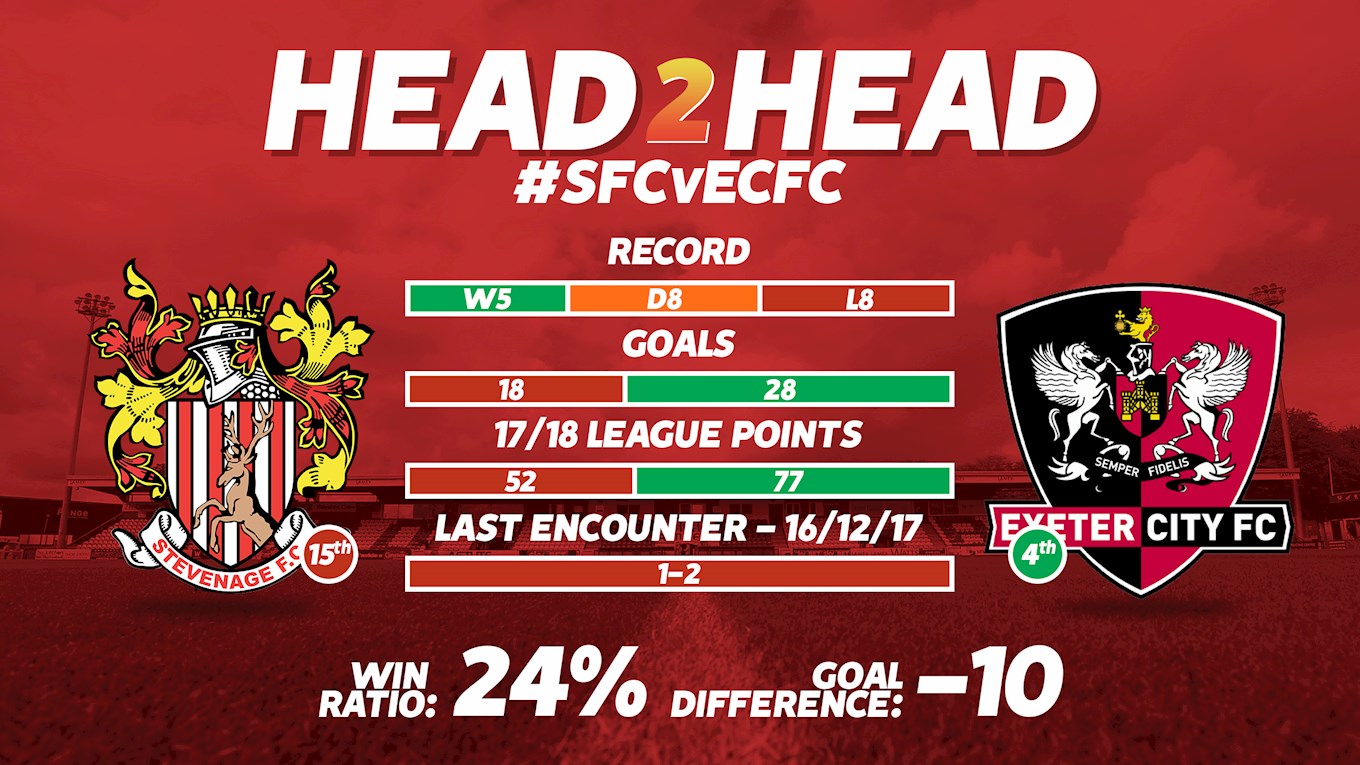 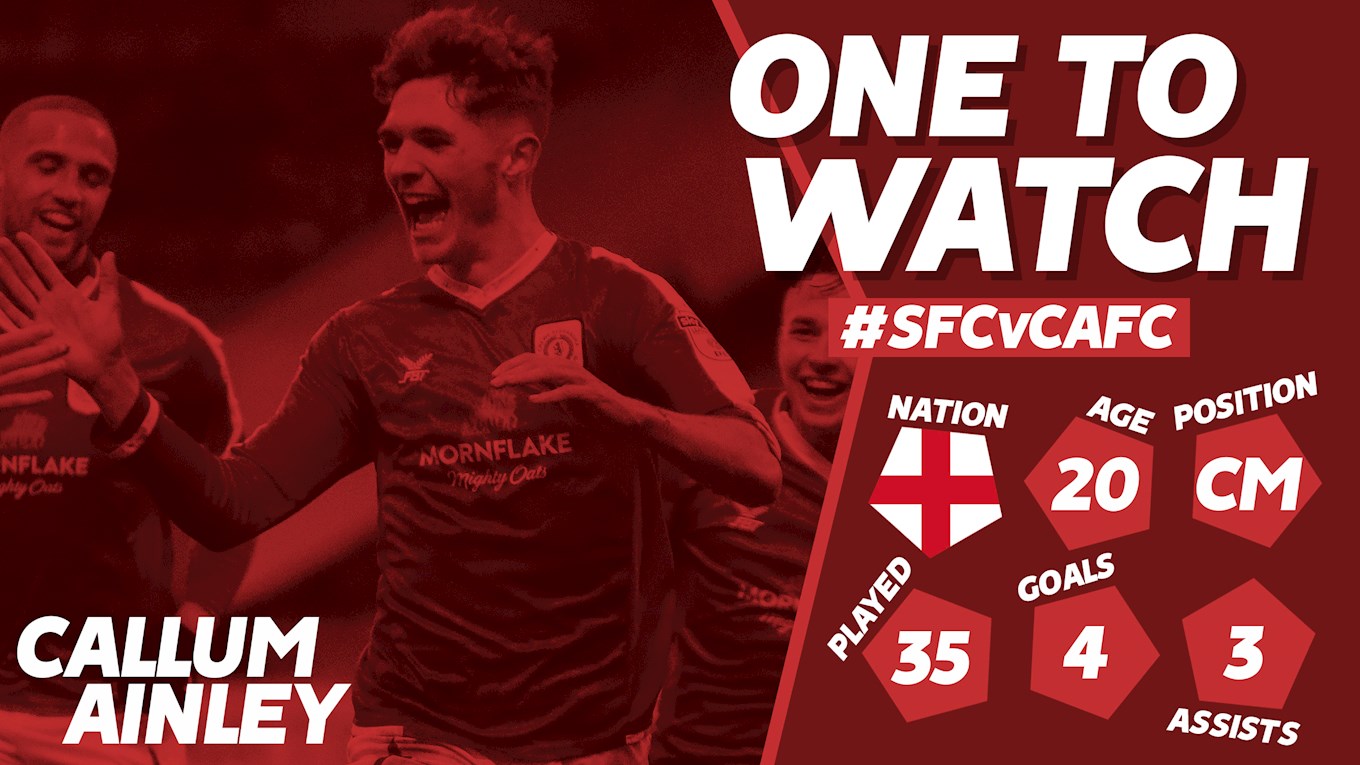 It was a tough draw to take at the Lamex as Crewe Alexandra came back from two goals down in the second half, to level the score.

A brace from loanee Dean Bowditch put the Boro comfortably ahead, but the visitors responded in the second half with goals from Perry Ng and Charlie Kirk.

Crewe started the game the better team in the very early minutes holding the majority of the possession and not allowing Boro any sort attacking threat going forward.

However, by the 10th minute Stevenage had rapidly grown into the game and assertively got on top of the Railwaymen.

The first chance and goal of the game went Stevenage’s way in the 15th minute, when Ben sheaf picked up the ball high up the pitch and looped it over the Crewe defence to place Dean Bowditch right in front of goal.

Dean Bowditch calmly slotted home the one-on-one with goalkeeper Ben Garratt and it was a deserved reward for the Boro after some hard work up the field.

Crewe didn’t switch off and tried to get themselves back into the game as soon as possible, but David Artell’s boys couldn’t find that clinical finish going forward.

The first half lacked clear cut chances from both teams, but Darren Sarll's side made sure when the opportunity did arise they were going to take it.

Stevenage deservedly lead as the teams went into the break and certainly looked the side with more confidence after a strong first half display.

Crewe once again started the half the better team, with an early attack as they ran at Stevenage’s defence in real numbers, but they still couldn’t open up that space for a clear chance.

Similar to the first half, Stevenage reacted to the high intesnity from the visitors and didn't take long to get going, as that man Dean Bowditch showed up again in front of goal...

Danny Newton used his blistering pace to make his way round defenders and into the box and simply put it on a plate for Bowditch to send it home in the 50th minute.

Stevenage’s first sub came around in the 54th minute as Bowditch made way for Ben Kennedy, as his lack of match fitness began to show on the field.

There was a small penalty shout in the 63rd minute as Johnny Goddard showcased his fast feet within the Crewe box and was seemed to be brought down, but referee Graham Harwood waved off all claims.

There was a second penalty appeal, this time for Crewe in the 78th minute as defender George Ray went down after light contact with Wilmot from behind, but once again Graham Harwood didn’t believe it had enough in it to be awarded.

After continuous half chances, Crewe finally got themselves back into the game in the 80th minute after a terrific strike into the top corner from Perry Ng, which left Tom King hopeless.

The goal for Crewe certainly gave a boost of confidence for the travelling side and they looked to push on and find that equalising goal.

Tom King made possibly the save of the season in the 91st minute as he parried out McKirdy’s header at goal, which seemed certain to find it’s way into the back of the net.

With the fourth official indicating 7 minutes of added time, Crewe made sure that they left with something as Charlie Kirk was on guard at the back post to level the score for the visitors in the 94th minute.

It was a tough result to take for the Boro after being on top for a lot of the game, but Crewe gave it everything they had left at goal with just 10 minutes to go and were rewarded for their final efforts.

Get behind the Super Boro this Saturday...

After having a weekend off due to the adverse weather last week, Stevenage return to the Lamex Stadium on Saturday 10th March to face Crewe Alexandra.

It has been a few weeks now since the lads have been in action at home but last time out a 4-1 win against Yeovil secured the 3 points in style.

With just six home games in the season, now is the time to ramp up the support as we aim to make a late push up the table.

Saturday's game is our designated Kick It Out matchday where we will be supporting the charity in order to help eliminate discrimination and racism from football.

Stick around after the final whistle as the Broadhall Suite hosts the Supporters Association Race Night. The first race starts at 7pm and all the information, click here.

Heard about our 6 Game Saver Card? Click here to find out how you can save cash and earn rewards.