Key info ahead of the final game of the season...

Tickets are available from either Adams Park at Matchday Prices tomorrow.

The SFCSA coach will be running with a strict departure time of 1pm from the Lamex Stadium. Tickets cost £15 for members and £20 non-members.

The drive will take between 60-90 minutes from Stevenage and directions can be found below.

After upsetting the odds to beat Exeter last weekend, Stevenage will be hoping to do the same again tomorrow away at recently promoted Wycombe Wanderers.

Last Saturday’s win against the Grecians inadvertently helped seal Wycombe’s elevation to the third tier, so a party atmosphere is expected at Adams Park.

It was an experimental side that delivered the goods last time out and with injuries totting up, Dino could select a similar team with youngsters being given an extra opportunity.

As previously mentioned, Wycombe will be relieved to be heading into the game without any pressure as they celebrate their return to Sky Bet League One.

“The approach is like any other game. I will try to pick the best team to go and win the game.

“We want to finish on a high note. We finished at home with a good win last week so it would be fantastic to finish by beating Wycombe - who have just been promoted – that would be great for us and we can enjoy the summer, ready to attack next season.” 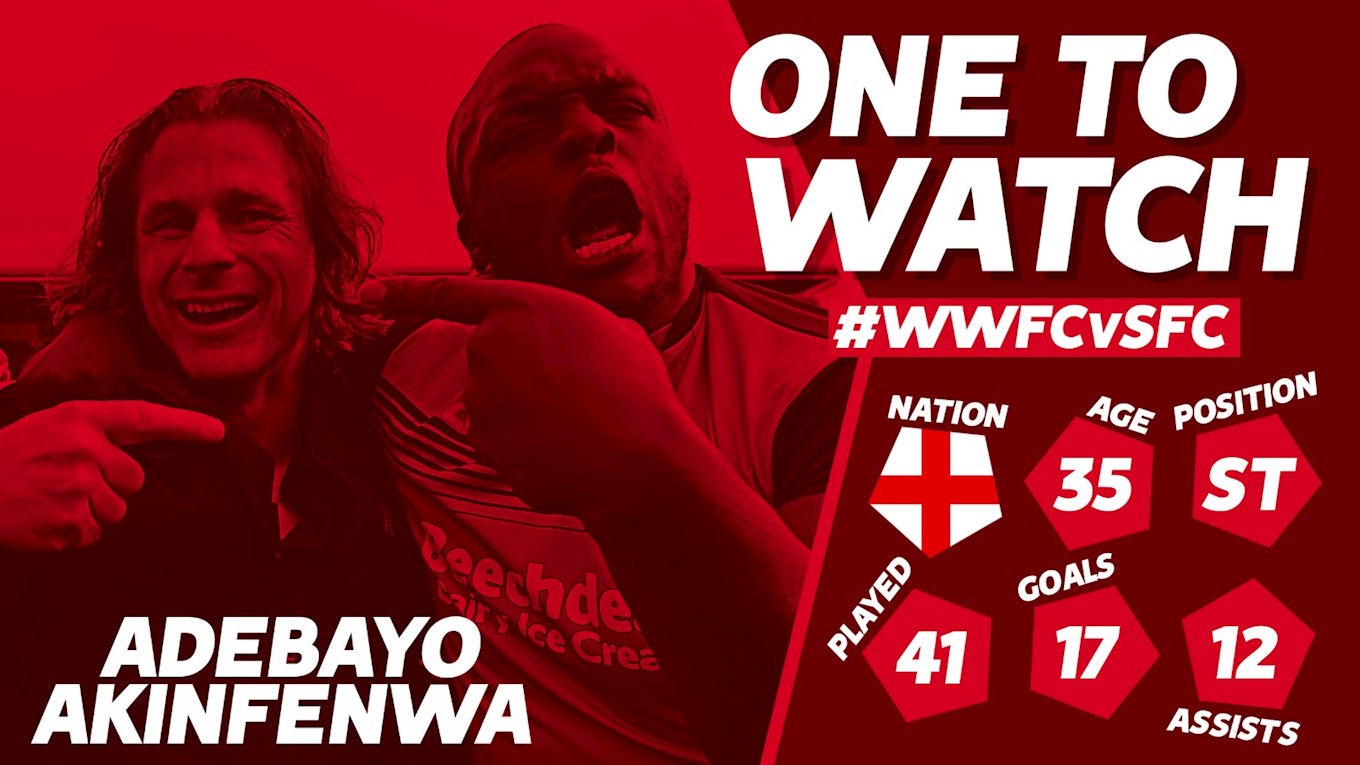 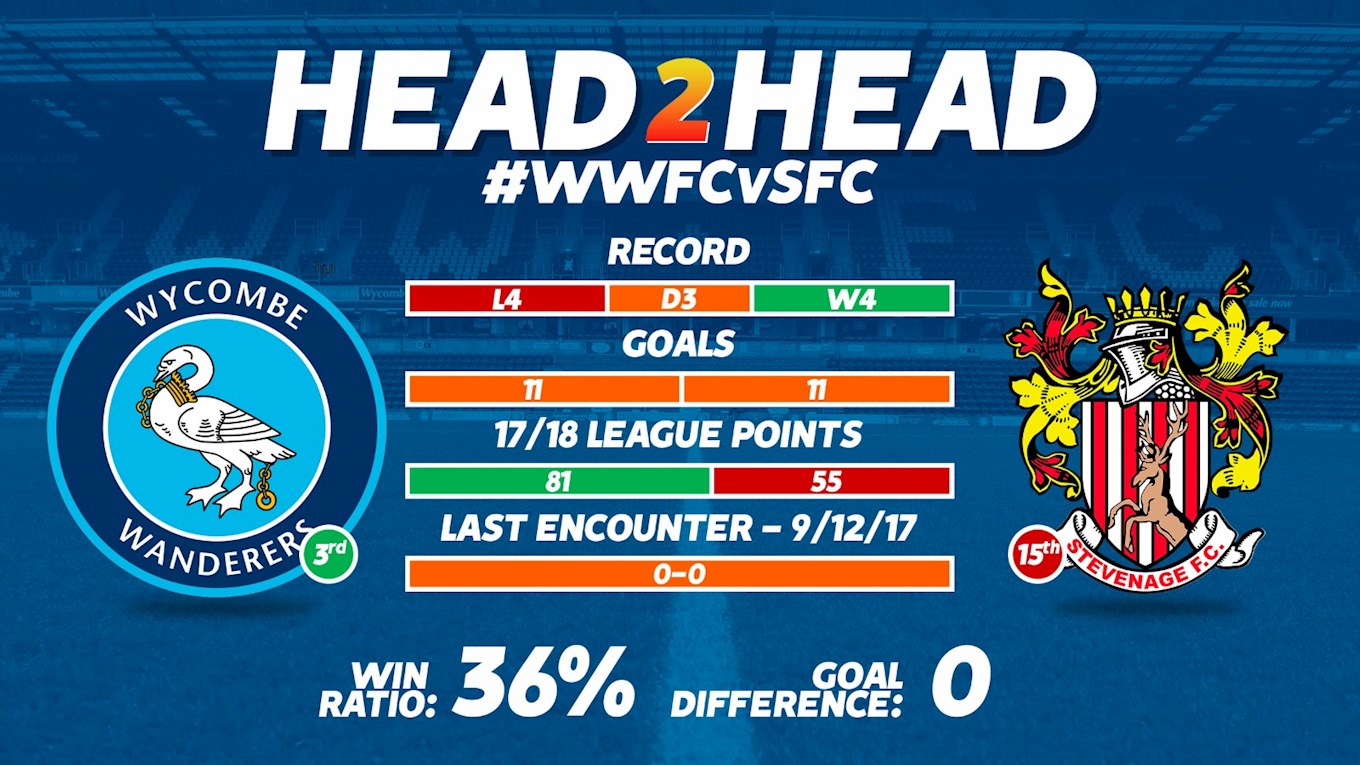 Stevenage arrived at a sun-soaked party when they turned up to Adams Park on Saturday afternoon and it was Wycombe’s day right from the off...

After Boro’s win over Exeter the previous weekend confirmed the Chairboys’ promotion, backed behind a full stadium, Gareth Ainsworth’s side brushed Boro aside on the final game of the season.

An early goal from Matty Bloomfield…

Dino Maamria made three changes to the starting XI, bringing back Jack King and Johnny Goddard into the team whilst 21 year old Ryan Johnson made his first start of the season at centre-back.

Scholars, Iontton, Georgiou and O’Donnell were all the bench, looking for further EFL action after last weekend’s minutes.

It was the worst possible start for Stevenage who fell behind after just 8 minutes. Chairboy legend, Matt Bloomfield receiving the ball in acres of space before firing under Fryer and into the net.

Boro competed well throughout but couldn’t find that cutting edge in the final third. Headers from Whelpdale and Revell failed to trouble Brown in goal and despite plenty of willing running, nothing would quite fall for Super Matty Godden.

Paris Cowan-Hall came closest to doubling Wycombe’s lead in the second half but his 25th minute strike from the edge of the box flew over into the packed terrace behind the goal.

In truth it was a low-key first half from both sides. Both keepers were rarely - if ever – troubled, as it appeared both sides were looking forward to the upcoming summer.

Scholars, Arthur Iontton and Dylan O’Donnell entered the fray at half-time as Johnny Goddard and Ben Sheaf made way.

It took ten minutes of the second half for either side to really make an impact on goal and it was danger-man, Cowan-Hall who should have put the Chairboys further ahead.

After reacting first to a loose ball in the penalty area, his strike struck the crossbar before coming back out to the attacker, but his follow-up header was cleared off the line by Danny Newton.

Moments from both sides came few and far between as the second half was more of a procession regarding Wycombe’s achievements this season, rather than a meaningful game of football.

Despite the lack of goal-mouth action, the Stevenage supporters kept right behind the boys and clearly was enjoying their day, nevertheless.

Jack King could have levelled things up with 20 minutes left as he headed wide from a corner but that was about the best Boro could muster in the searing heat.

The third and final substitution was made on 75 minutes as Second Year Scholar Andronicos Georgiou came on for Player of the Season, Danny Newton.

Matty Godden finally got his chance right at the death, as his low strike was saved by Ma-Kalamabay and there was certainly not a lack of effort from Dino's side as they played out the season right until the final whistle.

In the end one goal was enough for Wycombe as an experimental Stevenage side ended the season with defeat.

See out the season away at Wycombe..

Our final game of the 2017/2018 season sees us make the short journey to Adams Park, to take on League One-bound Wycombe Wanderers.

After sealing promotion against Chesterfield at the weekend, there will be a party atmosphere at the game where Dino and the boys will be looking to put dampners on the celebrations.

#WYCvSFC is a 3pm kick-off of Saturday 5th May.

Please note ticket prices INCREASE by £2 on the day of the game and that advance sales end at midday on Friday 4th May.

The SFCSA coach will be running with a strict departure time of 1pm from the Lamex Stadium. Tickets cost £15 for members and £20 non-members.