Frustrating afternoon across the border...

As often has been the case at Cambridge across the years, Boro suffered late heartbreak as Uche Ikpeazu headed home from close range with two minutes to go.

Stevenage missed a whole host of chances throughout the game and were the better side for much of it, the team unable to find a way past an inspired David Forde in goal.

Darren Sarll named two changes to the side that drew with Coventry in mid-week, Godden (injured) and Beautyman out for Samuel and Whelpdale.

Both sides got off to a tentative start, with neither side able to create much inside the opening 15 minutes and most of the play being fought in the middle of the pitch.

Jabo Iberhe slashed wide early on after picking up the second ball from a Cambridge set piece, seemingly the home side’s most likely route to goal as they tested the Stevenage defence with a number of early balls into the box.

Boro stood firm though and came close to capitalising on their own set piece after 20 minutes, Martin’s wide free-kick causing Forde in goal to punch away, colliding with his own player and the ball falling just in the wrong spot for a Stevenage player to get onto.

Just moments later, Boro should have taken the lead. Smith, Pett and Samuel all failing to turn the ball home as it ricocheted inside the Cambridge box following another well delivered corner.

Stevenage dominated territory throughout much of the first half, winning the ball back early in midfield and keeping the opposition on the back foot.

It was really a tale of fouls and set-pieces though as the half was a stop-start affair with free flowing football placed on hold. Right before the whistle, the best chance of the half fell for Newton, a swivel and strike just inside the box that flew over the bar.

Boro burst out of the blocks to start the second half and had a number of good chances to take the lead. Danny Newton heading just the wrong side of the post from another superb Martin corner before the striker tested Forde with a long range blaster from 20 yards.

Cambridge came roaring back though and had two great opportunities to go ahead. First Iberhe heading wide before Lewis couldn’t keep his shot down from close range.

There were big shouts for a penalty as Alex Samuel was tussled to the ground having worked his way into the box, the referee waving away all protests as the game began to really heat up. Danny Newton could have had a first half hat-trick as his goal-bound shot from 10 yards was blocked by Leon Legge.

The chances continued to come and hands were in heads on the hour mark as Tom Pett did brilliantly to weave his way in-between Cambridge defenders before firing narrowly wide of the top corner.

Joe Fryer came up huge on 70 minutes to beat away a stunning Ikpeazu effort from distance, the keeper at full stretch to keep his side in it.

The result corner needed Danny Newton to head away on the line as the home side upped the ante with a quarter of the game to go.

The second half was a totally different game to the first, both sides going back and forth in search for a win, Chris Whelpdale denied only by an outstanding stop from Forde after the midfielder kept his cool, weaving in between challenges inside the box.

With only  minutes to go, Ikpeakzu made Stevenage pay as he headed in from a few yards out following a scramble inside the area. Joy for the U’s, despair for Boro.

In the closing moments Stevenage pushed for an equaliser but Man of the Match, David Forde and co held out for a 1-0 win.

Stevenage's tough run of fixtures continues on Saturday as the team travel to Cambridge for a tasty local derby.

With both sides level on points and eager to move up the table, it has all the ingredient for a classic encounter.

Tickets can be purchased in advance from the club shop or online at borotickets.com.

ALL ticket prices increase by £2 on the day of the game.

The SFCSA coach will be running with a strict departure time of 1pm from the Lamex Stadium. Tickets cost £10 for both non-members and members.

All visiting supporters information can be found here. 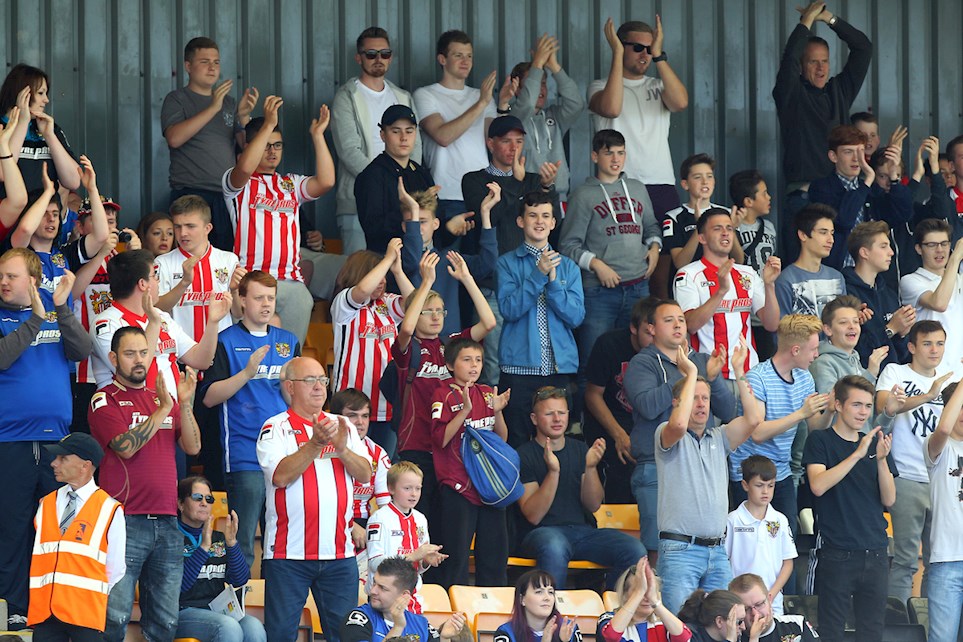