See advance prices below and please note that prices rise by £2 on the day of the game, aside from Juniors. Advance tickets must be purchased by 5pm on Friday 5th April 2019.

The Supporters Association coach is departing the Lamex Stadium at 10am on the day of the game so please arrive with plenty of time to spare in-order to ensure a timely departure. Tickets cost £20 for SA members and £25 for non-members.

Stevenage are looking to get back to winning ways following the humbling 3-0 defeat at home to Notts County last weekend. Thankfully, the seven point gap between the Play-Off places remained intact, leaving an unlikely if not impossible task for Stevenage to extend their season. Currently on 54 points, Stevenage need just one more to equal last season's overall tally.

Grimsby are eight games without a win but looking good to remain in Sky Bet League Two for another season. After lingering towards the bottom of the league for much of the season, a strong run of form throughout February propelled the Mariners up the league and briefly flirting with the Play-Offs before their most recent downturn in form.

Forwards Danny Newton and Alex Revell are both fighting for fitness ahead of Saturday's game, whilst Grimsby Town have a number of injury concerns themselves including Harry Clifton and Ludvig Öhman. Click here for more detailed analysis on the opposition.

The only player in either squad to have played for both sides is Stevenage's Plymouth Argyle loanee, Calum Dyson. 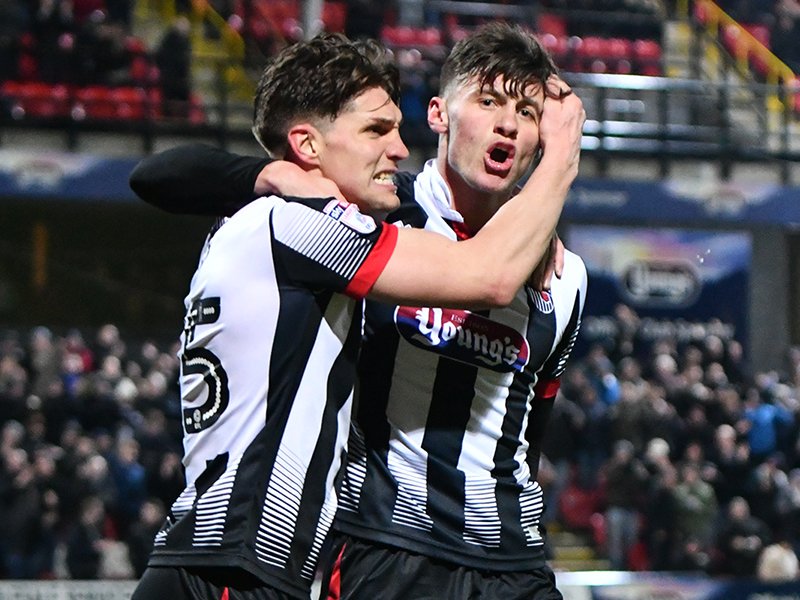 Dyson joined the Mariners on-loan from Everton on Deadline Day in January 2017 where he made a huge impact for the club, scoring four goals in 16 appearances on his way to picking up the Grimsby Town Young Player of the Year Award.

Make sure you are following our Twitter account throughout the day as we bring you the very latest from Blundell Park.

Stevenage got back to winning ways at Blundell Park on Saturday as Kurtis Guthrie struck twice to secure a league double over Grimsby Town...

After putting Boro ahead with a dinked effort on 22 minutes, the striker headed in shortly after the break to all-but wrap up the points for Maamria's men.

The result leaves Boro five points outside the Play-Off places with just five games to go in the Sky Bet League Two season.

Dino Maamria named four changes to the side that were humbled at home to Notts County the previous weekend, bringing in Joe Martin for his first start of the season along with Terence Vancooten, Michael Timlin and Kurtis Guthrie.

Former Lincoln goalkeeper and rival of Grimsby, Paul Farman, got off to a brilliant start to proceedings, making arguably his save of the season after just 6 minutes as he parried away a powerful Hendrie strike from less than 10 yards away.

Stevenage would soon get on top of the game though and the combination of Ilias Chair and Kurtis Guthrie up-top showed early promising signs. The pair combined well in forward areas on a number of occasions early in the game, before Chair’s through ball for the Guthrie in the 22nd minute set the striker away, getting to the ball ahead of goalkeeper McKeown before dinking the ball over the onrushing stopper and into the open net.

Grimsby showed plenty of endeavour but little quality and struggled to make an impression on Farman’s goal. Aside from a Kristian Dennis free-kick that flew comfortably over the bar and a near-post flick towards goal that hit the side-netting, the Mariners offered little aside from their early point-blank opportunity.

Boro would have one final opportunity to extend their lead before the break, Michael Timlin caressing the ball over the bar following some good build-up play and a fine spot from Guthrie to lay the ball off for the on-rushing midfielder.

Within five minutes of the restart, it was that combination of Chair and Guthrie that came up trumps once again. Chair delivering a pin-point cross onto the head of Guthrie, who made no mistake from a few yards out, heading into the bottom corner to double Stevenage’s advantage.

Kristian Dennis could have cut into the deficit less than 10 minutes later, heading on-target from a Grimsby corner but Farman was once again quick across his goal to block the effort from striking the net.

With an hour played, Stevenage and QPR fans’ worst fears were realised as Ilias Chair was carried off the pitch and straight into he treatment room, following an off-the-ball incident which looks to have sidelined the talented loanee for the foreseeable future. Thankfully Maamria had a fine replacement ready to use, as Danny Newton entered the fray.

Grimsby huffed and puffed throughout the remainder of the contest but Boro’s rear-guard action was on-point. Time after time a body was there to see away the danger and keep Stevenage in control of the contest.

Facing a two goal deficit, the onus was on Grimsby to attack and after Vernon curled wide from a presentable angle, it became clear that it wasn’t going to be their day.

Guthrie could have taken home the match ball with less than 10 minutes remaining after Martin found the forward with another fantastic delivery, this time Guthrie unable to find the target, heading over the bar and into the stands.

In the end, a comfortable victory and a brilliant response to last Saturday’s disappointment as Stevenage refuse to give up on their season just yet.

Tickets are available at a cheaper rate if bought in-advance, for our upcoming match away at Grimsby Town, taking place on Saturday 6th April 2019 at 3pm...

With just a handful of games left in the season, get behind the boys and make the trip North to Blundell Park.

See advance prices below (available until 5pm on Friday) and please note that prices rise by £2 on the day of the game, aside from Juniors:

The Supporters Association coach is departing the Lamex Stadium at 10am on the day of the game so please arrive with plenty of time to spare in-order to ensure a timely departure. Tickets cost £20 for SA members and £25 for non-members. 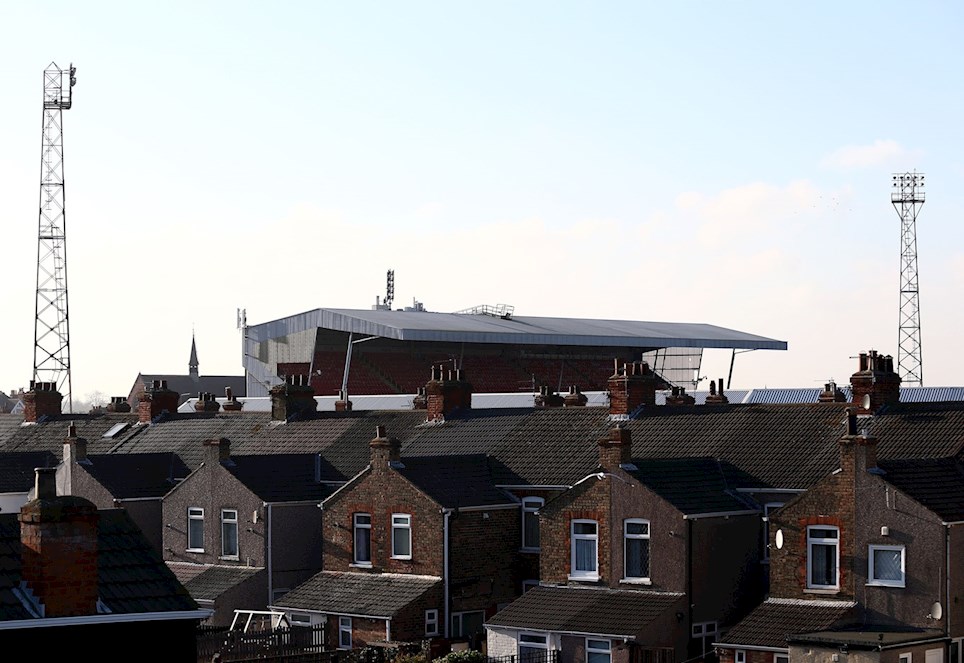 
Tickets are on sale for our upcoming match away at Grimsby Town, taking place on Saturday 6th April 2019 at 3pm...