Stevenage head to Mansfield Town on Saturday 26th April 2019 for the final away game of the Sky Bet League Two season...

Advance prices (available up until 5pm on Friday) for Saturday's fixture are as follows:

Please note that all prices (aside from U18s) rise by £2 on the day of the game and all U12s must be accompanied by a paying adult.

The Supporters Association coach is departing the Lamex Stadium at 11:30am Saturday so please arrive with plenty of time to spare in-order to ensure a timely departure. Tickets cost £20 for SA members and £25 for non-members.

If the Play-Offs are to be achieved this season, Dino Maamria's men will likely need two wins from their final two games, starting on Saturday at Mansfield.

Three wins and a draw from the last four games has seen Stevenage close the gap to the top seven but Mansfield Town have their own agenda and are just as eager to pick up all three points. 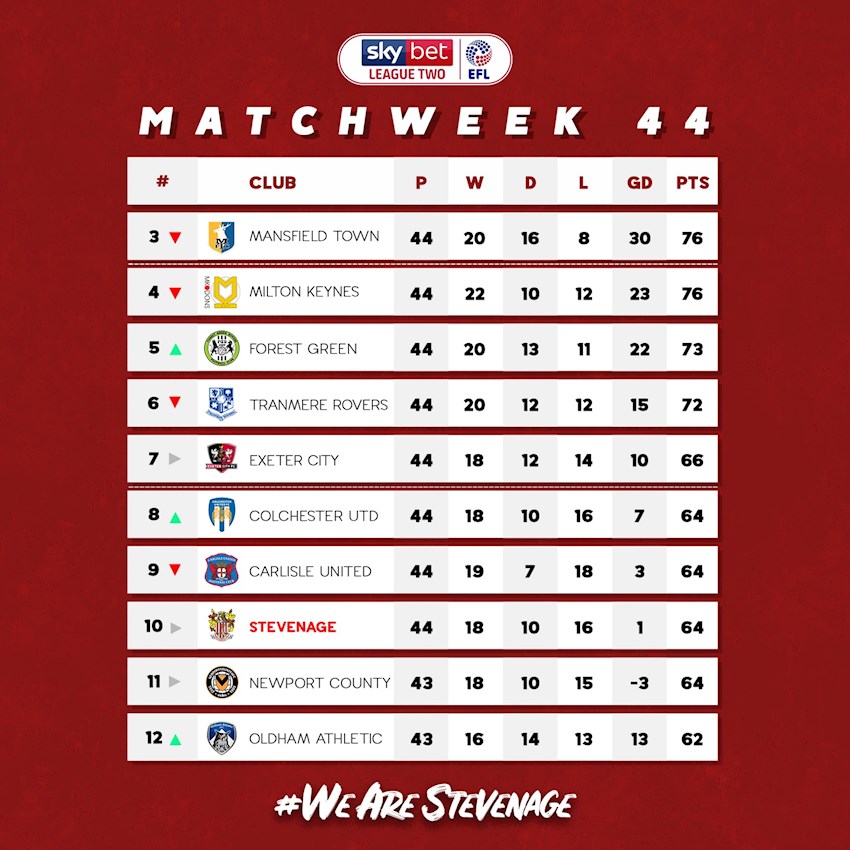 The Stags could all-but-seal promotion with a win on Saturday, should MK Dons lose at Colchester, due to their positive goal-difference over their fellow promotion rivals. With both teams needing a result, it is all set-up for a blockbuster clash.

Stevenage have two former Stags currently in their ranks - Joel Byrom and Johnny Hunt who both transferred from the One Call Stadium last summer. 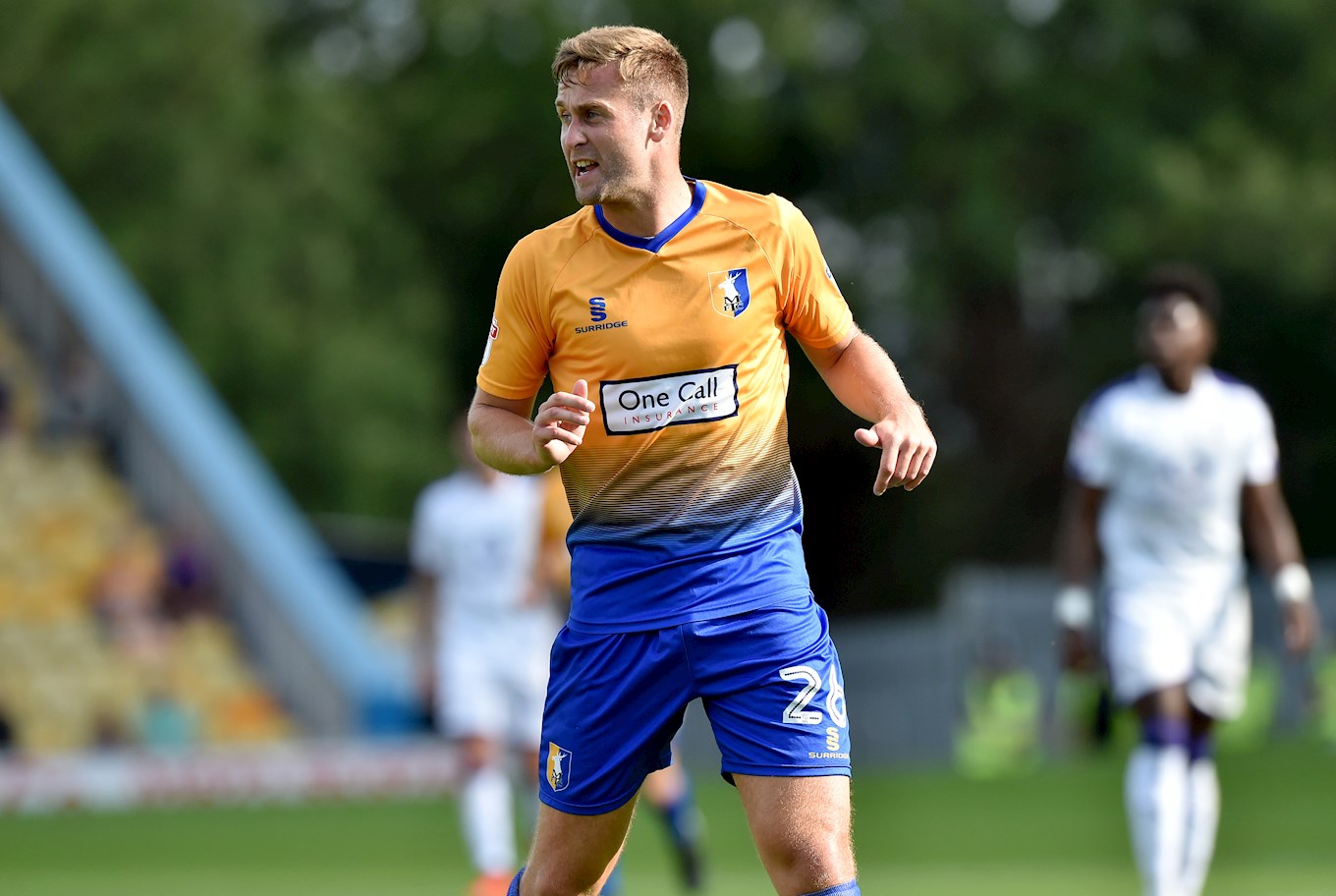 Mansfield have one former Stevenage player - Tyler Walker, who had a short spell with the club during the 2016/17 season on loan from Nottingham Forest. Walker was flourished into one of the leagues finest strikers, scoring 21 goals for the Stags this season. 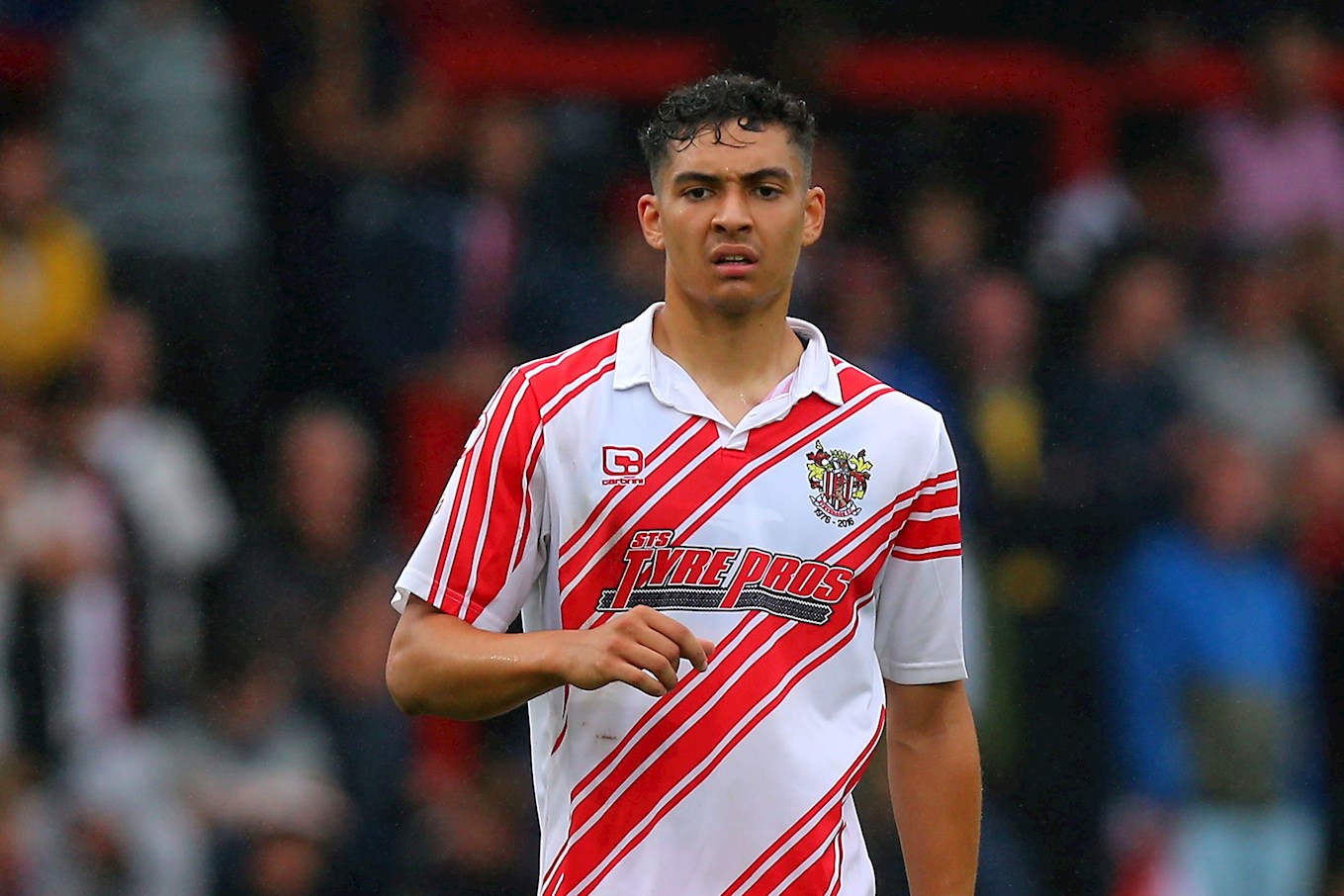 Mansfield has historically always been a difficult game for Stevenage, especially away at the One Call Stadium. Boro's last victory away at Mansfield came in 2016, when goals from Charlie Lee and Harry McKirdy stunned the Stags into submission.

🎬 #Throwback to #StevenageFC's trip to the One Call Stadium in 2016 when Harry McKirdy turned on the jets to seal a 2-1 win. 🔥#MTFCvSFC #WeAreStevenage pic.twitter.com/xs6Z8xgcc9

Make sure you are following our Twitter account throughout the day as we bring you the very latest from the One Call Stadium.

Stevenage made it seven games unbeaten away from home and kept their season alive, by securing a superb 2-1 victory at automatic promotion-chasing Mansfield Town..

In a match full of drama and incident, Kurtis Guthrie and Ilias Chair’s second half goals did the business for Boro.

Unsurprising, Dino Maamria named an unchanged line-up from Monday’s draw against Exeter, sticking to the same formula that had served his side well over the past month or so.

Inside a Baltic, wind-swept One Call Stadium, it was a scrappy start to the game and one that the home side had the better of. Backed behind an expectant sell-out crowd, the Stags created early chances through Benning and Tomlinson but Paul Farman was on-hand on both occasions to match their strikes.

Stevenage stuck to the task though and soon got on top of the game, pressing Mansfield all over the pitch and applying sustained pressure to the home defence, turning a expectant crowd into an anxious one.

One of the most pivotal periods of the match came in the 22nd minute, as Stevenage missed three good chances inside three minutes. The first falling for Nugent on the right hand side of the six yard box, but his on-target shot was well saved by Logan. Moments later, Guthrie headed onto the post from a deep Vancooten cross that cause chaos amongst the Mansfield defenders. Then, Michael Timlin was found unmarked at the back-post following a Stevenage corner but he lost his footing as the ball came in and his scuffed shot went wide of the near-post.

The Stags were rattled at this stage and clearly playing with some nerves. Stevenage meanwhile were encouraged and kept going forward. Another potentially pivotal period of play came around the half hour mark, as the Referee turned down a Stevenage penalty as Guthrie burst past his man and into the Mansfield box, before being seemingly tripped up before being able to get away his strike. Then, two minutes later, Chair unleashed a trademark long-distance strike that Logan did brilliantly well to scamper across his goal and hook away from the top corner.

There was to be one more key action in the first half as the pacey CJ Hamilton was taken out by Nugent on the edge of the box. Despite the home appeals, no card was shown and Mansfield’s free-kick was kept out.

After such a good first half from Maamria’s men and such a poor first half was Flitcroft’s troops, there was bound to be a change in the action as play got underway in the second.

Right away, the Stags showed extra impetus and went about loading the box with cross after cross, corner after corner. Tyler Walker who was having a quiet game by his standards, almost poked Mansfield ahead on 57 minutes with a clever effort that had Farman scrambling.

Boro were soon able to see out the pressure though and the match began to get back to a more even contest. In truth, the wind was causing havoc for the players out on the pitch, with Paul Farman’s usually enormous goal-kicks barely able to get out of his own half.

Stevenage took the lead though in the 70th minute via Kurtis Guthrie, who after receiving the ball inside the area with his back to goal, took it down on his chest before arrowing in a superb strike to make it 1-0 to Boro.

Desperate for an equaliser, Mansfield threw everything at the Stevenage goal in the remaining minutes and eventually got their goal, in the most heartbreaking of fashions. With Stevenage on the counter-attack and looking likely to make it 2-0, the Stags broke right up the pitch to leave Tyler Walker one-on-one with Farman, who calmly chipped the on-rushing goalkeeper.

The drama was far from over, with two minutes played of added time, Ilias Chair scored another memorable goal to give Stevenage the victory that keeps the season alive with just one game to play.