Tickets are available at the following prices from the CASH ONLY Away Sales Kiosk at Vale Park on the day of the game:

Advance priced tickets (£2 cheaper) are available for purchase up until 3pm on Thursday.

Disabled supporters should call the Port Vale Ticket Office on 01782 655821 to purchase their tickets. Free Carer tickets are available to those supporters who require one.

The Supporters Association coach takes fans to-and-from every away game and is departing the Lamex Stadium at 10:30am on Good Friday April 19th. Tickets cost £20 for SA members and £25 for non-members.

Please note that Matchday Parking is available for just £5 a car.

Stevenage head into Friday's game full of confidence after two straight wins against Grimsby Town and Carlisle United have kept Boro in the Play-Off conversation.

Boro's form away from home has been encouraging too - the team are currently five unbeaten on the road, stretching back to February's dramatic draw at Lincoln CIty. 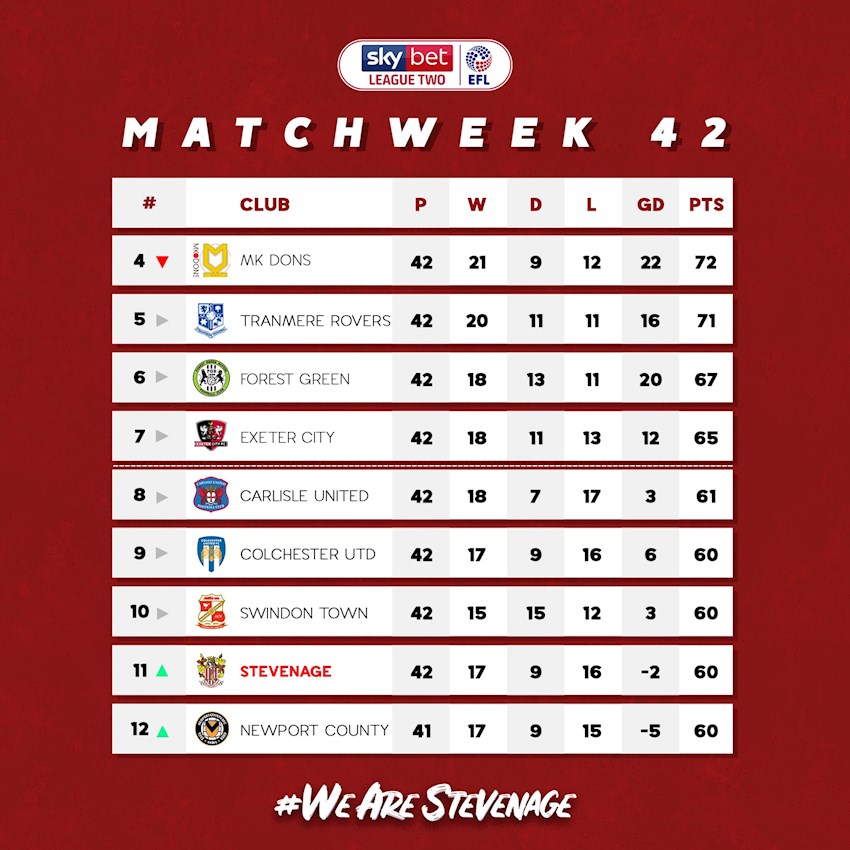 At the other end of the table, Port Vale have eased any lingering relegation fears with a run of four wins from their past eight games. For a more comprehensive opposition preview, read our Scouting Report.

Danny Newton and Alex Revell are both doubts as the two strikers have struggled with their fitness in recent weeks. Port Vale are in good shape. Only Manny Oyeleke, who has recently been partnering Tom Conon in midfield, is likely to be a forced absentee.

Port Vale's Tom Conlon and Michael Tonge have both recently played for Stevenage as the two midfielders joined the Valiants in 2018 and 2017 respectively. 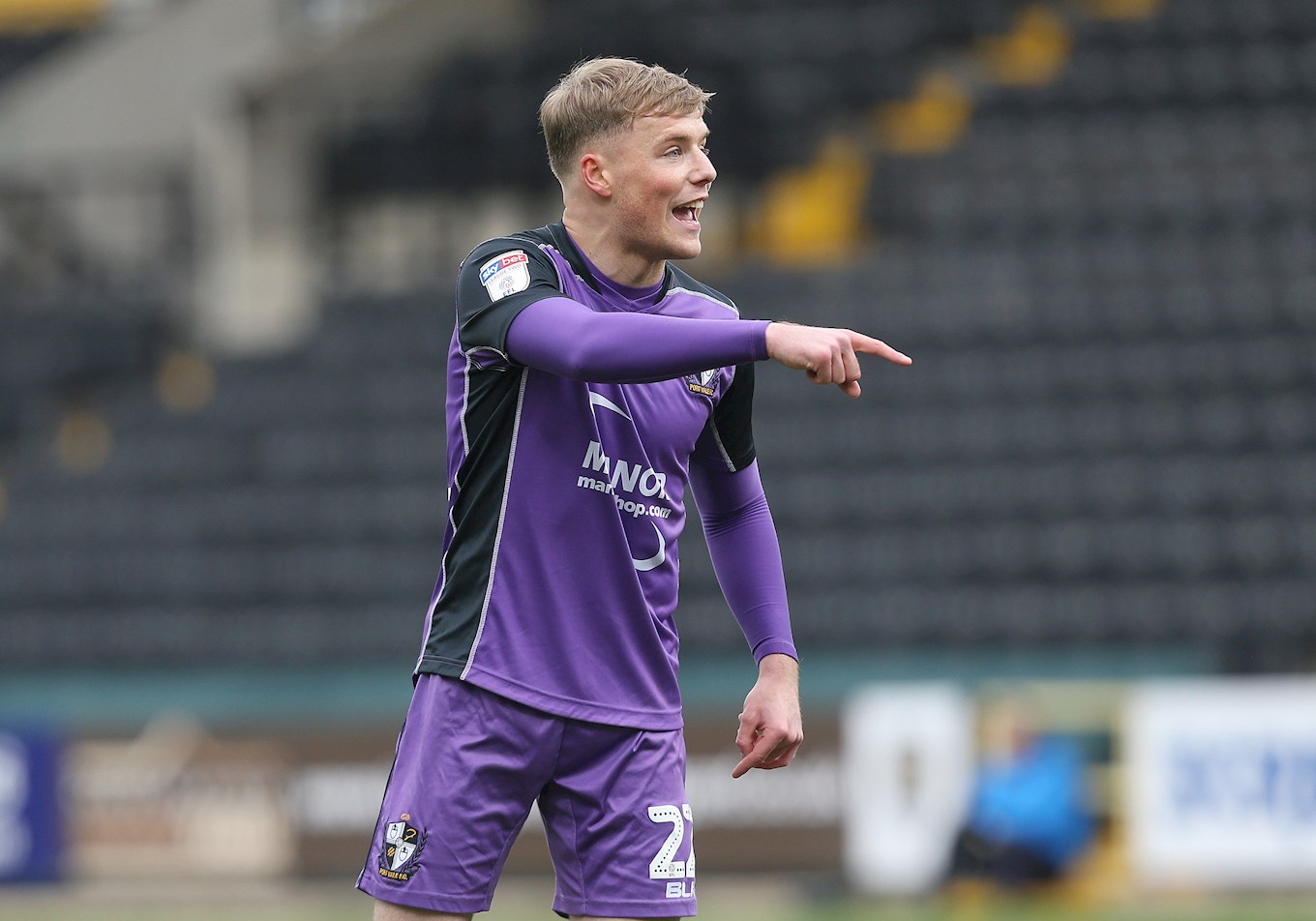 Conlon joined Stevenage originally on-loan from Peterborough in September 2014 and adfter impressing during his short spell with the club, signed a permanent deal in the following January. After three season's with the club, Conlon moved closer to home as the Stoke-born player signed for Port Vale. 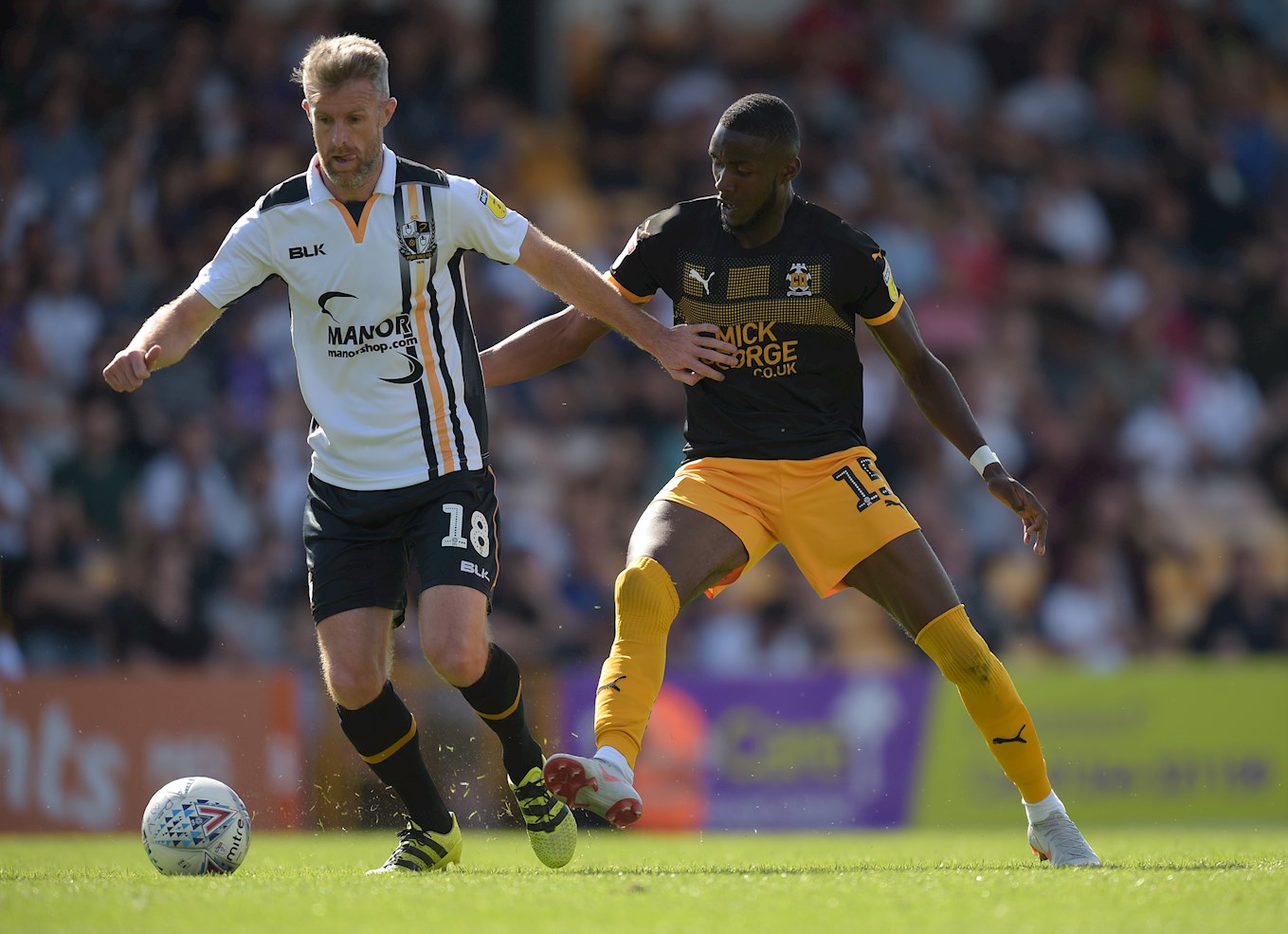 Michael Tonge joined Stevenage in 2015 and in his first season, won the club's Player of the Year award for an outstanding campaign at the heart of central midfield. After one more year with the club, Tonge moved onto pastures new as he signed for Port Vale in August 2017.

Make sure you are following our Twitter account throughout the day as we bring you the very latest from Vale Park.

Stevenage made it three wins in a row with a 4-1 victory over Port Vale, to move within two points off seventh placed Exeter City and the Play-Off places, ahead of the Easter Monday home clash between the two sides...

Emmanuel Sonupe’s superb double put Boro into a commanding position at 2-0 and after Montano's second half strike halved the deficit, Stevenage nerves were sent jangling with all the makings for a blockbuster finish seemingly in-place.

Then, with just under 10 minutes remaining, Ilias Chair sealed the deal from close-range before Kurtis Guthrie scored a sensational fourth, to make it six games unbeaten away from home for Dino Maamria's men.

The Manager named just one change to the side that beat Carlisle the previous weekend, as Johnny Hunt came in to replace Joe Martin at left wing-back.

Elsewhere in the division, Stevenage have a pre-match boost with seventh placed Exeter City losing at home to Crawley Town, meaning that a winning result at Vale Park would set up a potential Play-Off show down at the Lamex Stadium against the Grecians.

Ilias Chair came a few inches from taking the lead inside just a few minutes in trademark spectacular fashion, as a free-kick from 25 yards sent Scott Brown scrambling but into the side netting.

Port Vale hit back strong and Boro had goalkeeper Paul Farman to thank for a brilliant early save, getting across his goal to stoop down and deny Worrall from scoring with a diving header from the back-post.

Playing against his former club, Tom Conlon almost chipped Paul Farman with an audacious effort on 11 minutes from an acute angle but Stevenage were set up to play on the counter though and that strategy paid off to perfection a few minutes later. Emmamuel Sonupe grabbing the game by the scruff of the neck, carrying the ball from his own half before taking it into the box and cutting inside to smash Stevenage ahead via the top corner.

Boro had their tails up and should have made it two immediately after. Guthrie getting onto an Ilias Chair cross but heading over the bar. Conlon was Port Vale’s liveliest player and came close again on 22 minutes with a free-kick that flew just past the near-post. Guthrie was having his way and forced Brown into a comfortable-enough save on 25 minutes, after the striker was played in over-the-top by Terence Vancooten.

Port Vale struggled to create any clear cut chances of note and indeed it continued to be Conlon who looked the most likely to trouble Farman.

The opposition defenders couldn’t live with Guthrie all afternoon and deep into first half added time, he beat off the challenge of Smith to set up Chair from 10 yards out, but after sending his man to ground, Chair couldn’t find a way past Brown who kept the score at 1-0 at half-time.

Not even five minutes were played of the second half when Sonupe and Stevenage grabbed their second of the game. After making a good start to the half and keeping Vale camped in their own box, it was a quick turn and shot with his back to goal from Sonupe to make it the perfect start to the second half.

Facing a 2-0 deficit, Vale threw everything at Boro in the second half and after Farman denied Montano from close range on 64 minutes, it was to be a warning sign for what was about to happen. After picking the ball up on the corner of the edge of the box, Montano let off a beauty into the far corner, curling out of Farman’s grasp.

Joel Byrom was introduced to the action on 73 minutes as Arthur Iontton was forced off with a serious head injury. At this stage of the game, it was the home side with all the momentum but Ilias Chair and then Kurtis Guthrie scored late on to make it 4-1 and a Good Friday all-round.

Tickets for Stevenage's away fixture at Port Vale are cheaper when bought in-advance..

Travelling fans can save £2 by purchasing their tickets in-advance from borotickets.co.uk or the Club Shop by 3pm on Thursday.

All tickets bought on the day must be purchased from the Away Sales Kiosk outside the Away Stand, operating as a CASH ONLY sales point.

Disabled supporters should call the Port Vale Ticket Office on 01782 655821 to purchase their tickets. Free Carer tickets are available to those supporters who require one.

The Supporters Association coach takes fans to-and-from every away game and is departing the Lamex Stadium at 10:30am on Good Friday April 19th. Tickets cost £20 for SA members and £25 for non-members.

Please note that Matchday Parking is available for just £5 a car.