Everything you need to know ahead of Tuesday's game...

Need a lift to the game? The Supporters Association Coach leaves the Lamex Stadium at 4:30pm and costs £20 for both SA members and non-members.

After picking up their first three points of the season away at Crawley on Saturday, the mood in the dressing room will be upbeat ahead of Tuesday’s cup clash with Norwich City.

A first Boro goal for Alex Reid and a late double from Alex Revell gave Stevenage a 3-1 win, and moved the team up into 6thplace after just two games of the new campaign.

It shows that, slowly but surely, the fifteen new additions to squad are settling in, and Stevenage look like a real force to be reckoned with in League Two.

Norwich will be our toughest test of the season so far, however Boro fans will remain optimistic that an upset could be on the cards. Just two seasons ago in the same round, Stevenage proved again why they are such a difficult opponent in cup competitions, winning 1-0 away at Championship Ipswich.

The Canaries have had a tough start to their Championship season, drawing away at Birmingham on the opening day and losing at home to West Brom last Saturday.

Manager Daniel Farke will be sure to make sure his side grab their first win against Boro on Tuesday, and has confirmed he will make changes to his starting XI, but want to go as far as possible in the cup.

They played two games, drew one and lost one. I’m sure their manager will be putting a strong team out to try and win a game to get their season going.

We’ll put a strong team out as always. It’s a game I want to win, I love cup competitions. I want to go as far as I can in the cup, it means a lot to the club.”

“Stevenage have had a good start and there'll be no pressure on them. They’ll come here looking to present themselves well against a team in a higher division, and they’ll be of confidence.

We have to be really, really focussed. They are a pretty experienced side with lots of players over 30. They often play with three tall strikers over 6ft 3in so we have to dominate the ball.

The cup has high priority for us. We are preparing for it like we do for a league game. We want to win each and every match, and we want to travel far in the competition.”

A closely contested evening at Carrow Road proved too much for a Stevenage squad, who produced a perfomance to be proud of against a Championship side.

The visitors went one up in the first half hour, but a brilliantly hit Jimmy Ball free-kick brought Boro back level just before half-time. The equaliser was cancelled out by two late Norwich goals falling on the 83rdand 89th minutes.

Dino Maamria named a side not too dissimilar to the outfit that started against Crawley Town, the one notable change being 23-year-old Seny Dieng making his first team debut.

The game began sharply, Stevenage looked organised off the ball. Norwich struggled to break down the tightly knit Boro defence and 20 minutes in, the game was lacking any clear-cut chances.

That was until a quickly taken Norwich corner evaded every Stevenage defender, and was subsequently met on the back post by an un-marked Marco Stiepermann. All of Boro’s organisation and hard work was un-done in an instant, and the visitors were behind

Our heads did not seem to drop, and we were straight back to piling the pressure on the Norwich defence. After Michael Timlin was taken down 30 yards out, James Ball stepped up over the ball. The free-kick was well hit but straight down the throat of the Canary keeper.

The number 7 did not need a second chance however, this time, another free-kick just on the edge of the box was hit brilliantly by the midfielder straight in to the top right corner. Boro were level heading into the break.

The half ended at 1-1. The game looked 50/50 thus far with both teams having chances. The fixture was open and the high-octane finish to first half was sure to bring us an enthralling second.

The match continued to heat up as the second half proceeded, both on the pitch and off it. A couple of hefty and late challenges from both outfits led to frustration in the stands, on the side-line and on the pitch. It was no surprise that the first yellow card of the game arrived on the hour mark for Norwich number 24, Felix Passlack.

The game progressed, and chances were few, on came another competitive debutant for Boro in Donovan Makoma who replaced the Stevenage goal scorer James Ball.

Tensions were still high and Boro’s first yellow card of the evening was handed to Kurtis Guthrie for a late challenge on Norwich’s booked Passlack.

Norwich found their stride in the game going into the final twenty minutes as the Stevenage legs began to tire, no doubt due to the sustained pressure they applied throughout the game.

With 10 minutes to go, a deflected clearance ricocheted into the Stevenage net, off of the Canary captain Christoph Zimmermann and the game was as good as settled.

Then, on the 89thminute, Teemu Pukki hammered home the final nail in the Stevenage coffin, as he drilled a right footed shot into the debutant’s goal from the right-hand side of the box, 3-1 Norwich.

In what was a closely fought battle for 80 minutes, the Boro boys just couldn’t contest the pace of the Norwich attack. In the final minutes of the game, Stevenage’s Carabao Cup campaign was over in a flash.

Get behind the Super Boro at bargain prices...

Stevenage take on Championship side Norwich City on Tuesday 14th September in Round One of the Carabao Cup.

It will be the club's first ever trip to Carrow Road and with tickets priced at just £10/£5/£1, there is no excuse not to come along for the ride.

Should you not wish to buy in-advance, tickets will also be available on the day of the game at the same price.

The Supporters Association Coach will be leaving from the Lamex Stadium at 4:30pm at a cost of £20 per person. Book online here. 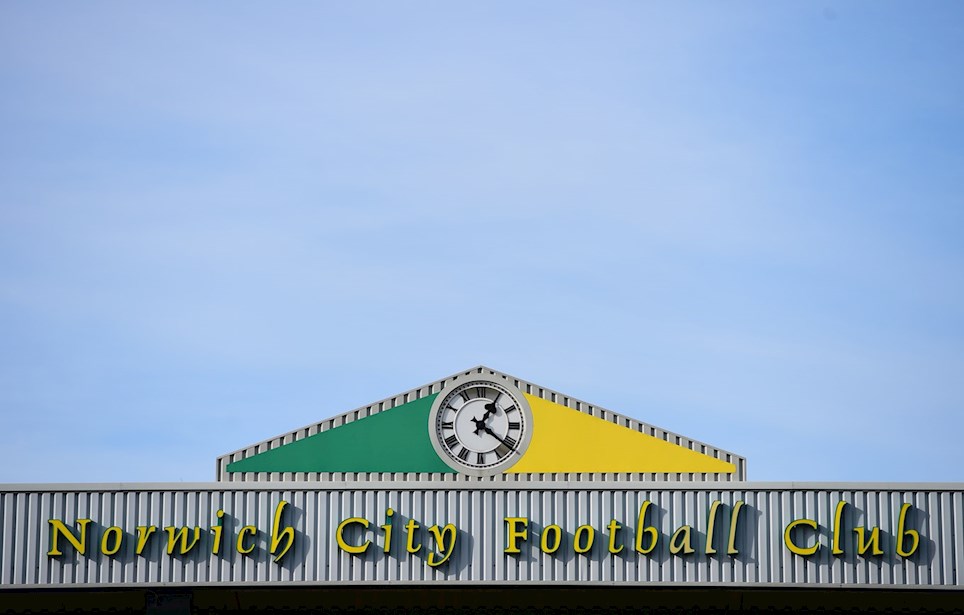 
Kids for a quid at Carrow Road...