Need a lift to the game? The Supporters Association Coach leaves the Lamex Stadium at 09:30am and costs £25 for non-members and £20 for SA members.

Boro gave its supporters a Boxing Day boost with three points at Colchester, the first road victory for the club in over two months.

Despite that wait inbetween wins on the road, Stevenage have a more-than-respectable away record of four wins, three draws and five defeats, the 10th best in the division.

That victory over Colchester was a vital one, keeping Maamria's men in-touch with the play-off pack as Sky Bet League Two enters the second half of the season. 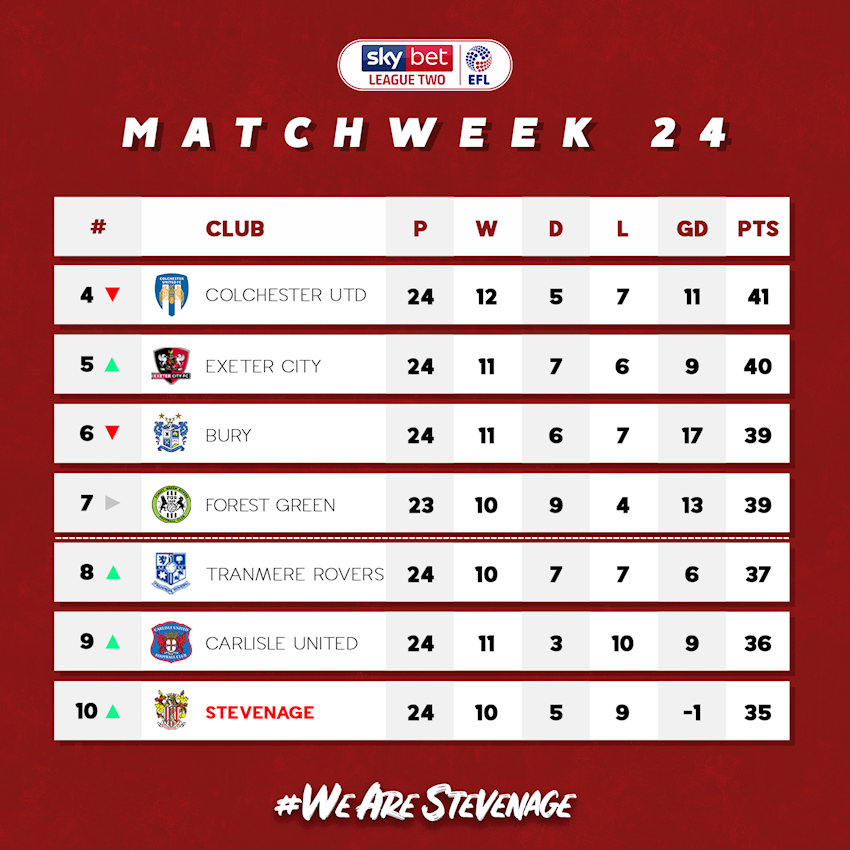 Crewe picked up a stand-out victory themselves on Boxing Day, a home win against top-of-the-table Lincoln City to lift supporters who haven't had the best of seasons so far.

Still someway out of contention, Crewe's away record is what has really let them down this season as the Railwaymen have only picked up 5 points from 12 games on the road.

With a record like that it puts pressure on their home form, which they have duly delivered on. 7 wins out of 12 gives them the seventh best home record in the league, meaning a tough test likely awaits on Saturday.

Stevenage's tormentor in chief over recent years, Jordan Bowery, scored the winning goal in two of Boro's last three games against the Railwaymen.

Earlier this season it was Bowery's clever finish that secured all three points at the Lamex Stadium and last time at Gresty Road it was Bowery that struck in added time to inflict defeat in the cruelest of fashions. 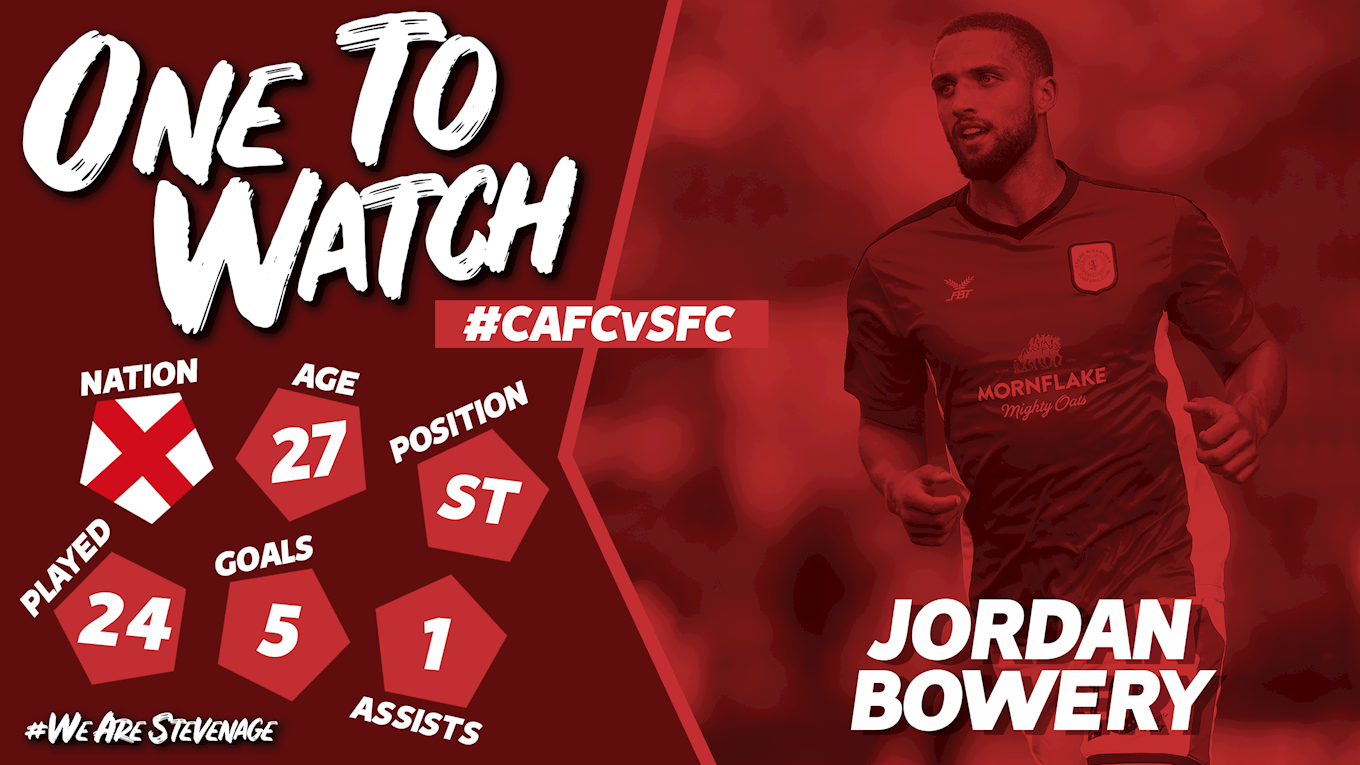 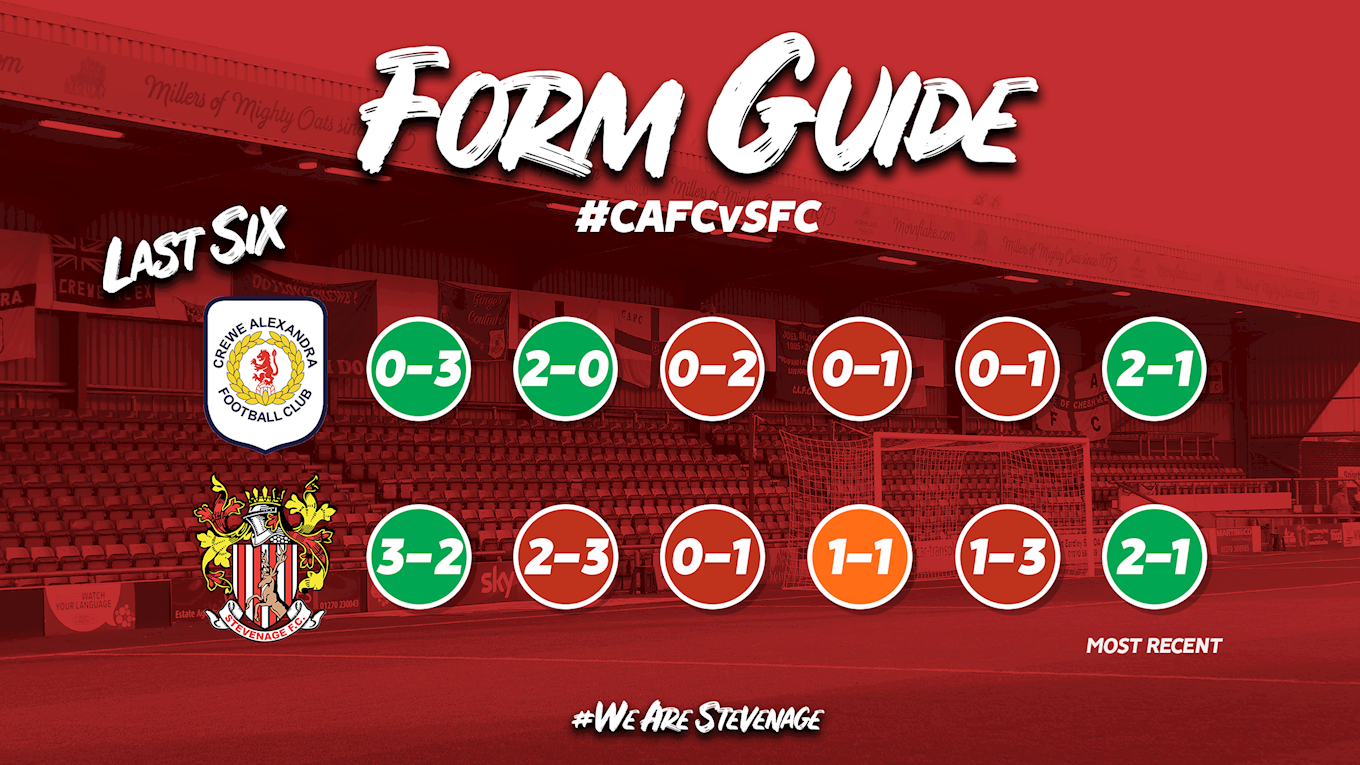 Stevenage have a positive record against Crewe Alexandra down the years but it has been steadily chipped away at after recent meetings. Two defeats and a draw from the last three games between the two sides has evened things up a little bit in the Head to Head standings. 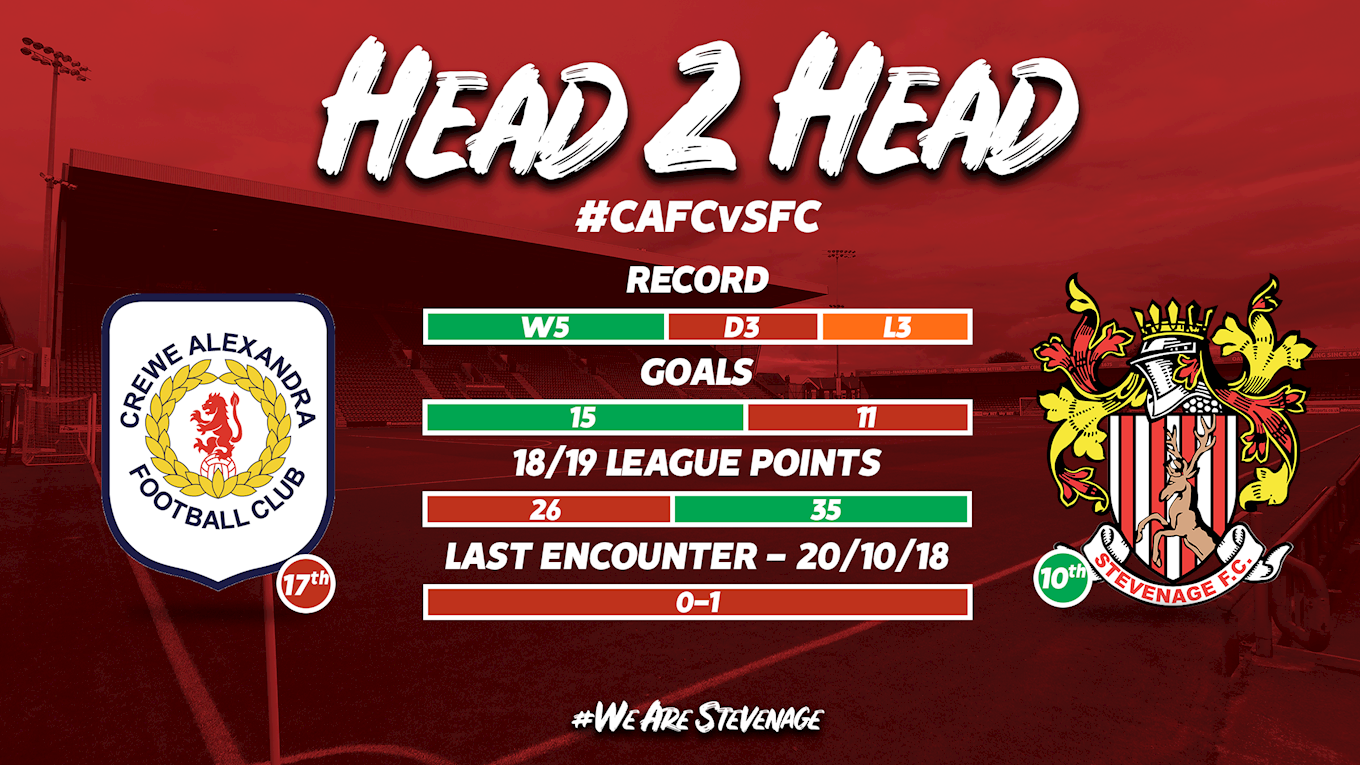 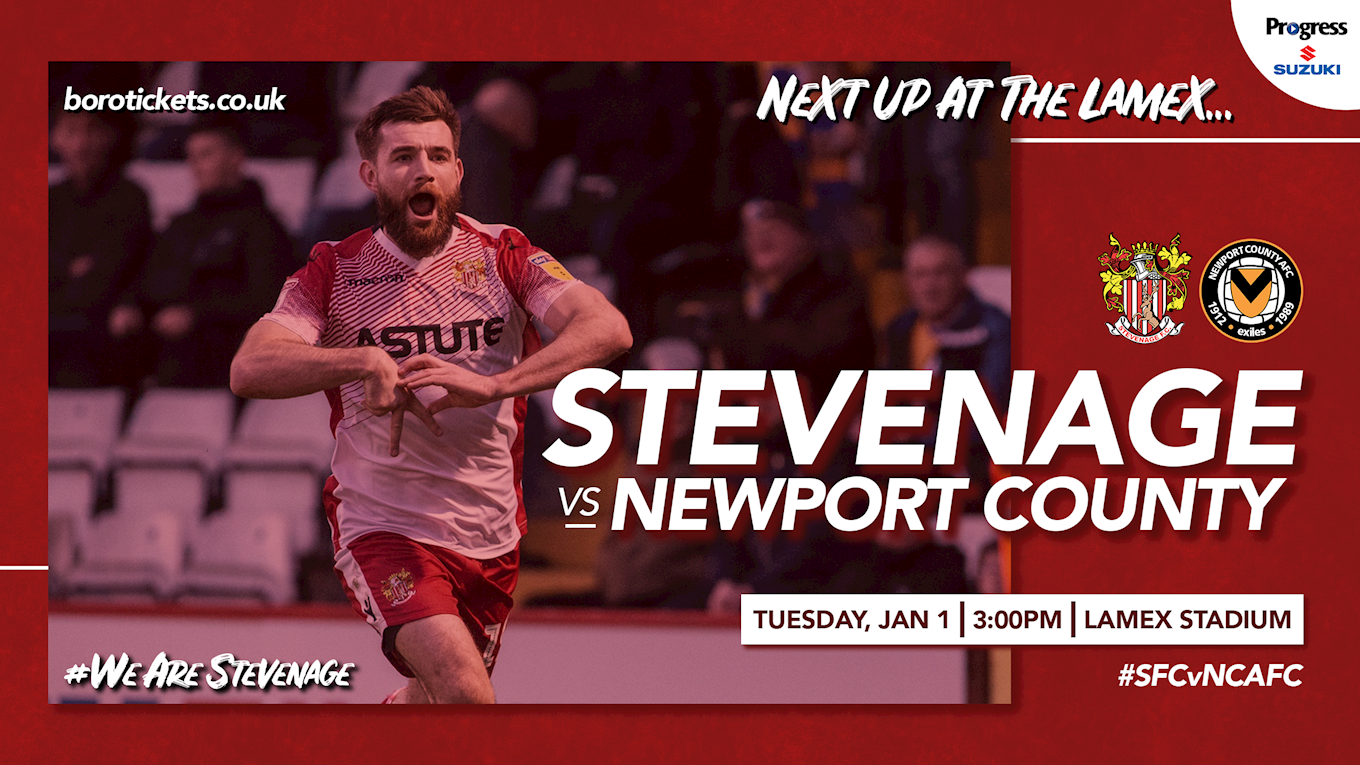 Stevenage were unable to pick up from where they last left off as Crewe Alexandra secured a league double over Boro with a tight 1-0 win at Gresty Road..

Playing their second away game in just three days, a lethargic looking Stevenage struggled to match the performance levels from the Boxing Day win over Colchester.

A first half penalty by Chris Porter was enough to claim the points and a red card for Alex Reid only made matters worse for Boro. Stevenage must now switch their attention to the New Years Day clash at home to Newport County.

Dino Maamria named just one change to the side that upset Colchester on Boxing Day, replacing Arthur Iontton with the freshly available Michael Timlin following recovery of a leg injury sustained at Northampton earlier in the month.

After an promising opening attacking move that saw Kennedy get in-behind the Crewe Alexandra defence but unable to pick out a fellow attacker, it was the home side that enjoyed the better of the first half from almost start to finish.

Farman was in top form as he twice denied Porter after the striker burst behind the Boro offside trap to leave him one-on-one with the goalkeeper. An initial block was followed up by another as his save came back out to the striker.

Cuthbert was able to clear from a dangerous Bowery ball into Porter on 6 minutes but it wouldn’t take long before the Alex striker made his mark.

When Ben Nugent came across the run of Perry NG inside the area, the referee pointed straight to the spot, allowing Porter to send Farman the wrong way and make it 1-0.

Nugent almost immediately made amends as he crashed a header off the Crewe crossbar but that would be as close as Stevenage would come to drawing level in the half.

Porter and Bowery both had chances to increase the lead for Crewe before the half was up but Boro remained in the game as both sides headed for the break.

Performance levels improved after the interval as Maamria’s men looked for an equaliser. Guthrie’s head forced a save out of Garratt from Seddon’s early cross and Danny Newton’s fierce left foot had the goalkeeper scrambling to his left before pushing the ball around the post.

The home side's threat was nullified throughout the second half but the game was almost up on 76 minutes as Alex Reid, who came on just 20 minutes prior, was sent off after a challenge on NG after a lengthy consultation by the referee.

Despite 6 minutes of added time, Boro were unable to muster a real clear cut opportunity to get anything out of the game, aside from a Guthrie header which was flagged offside, as a return home now awaits for the squad on New Years Day. 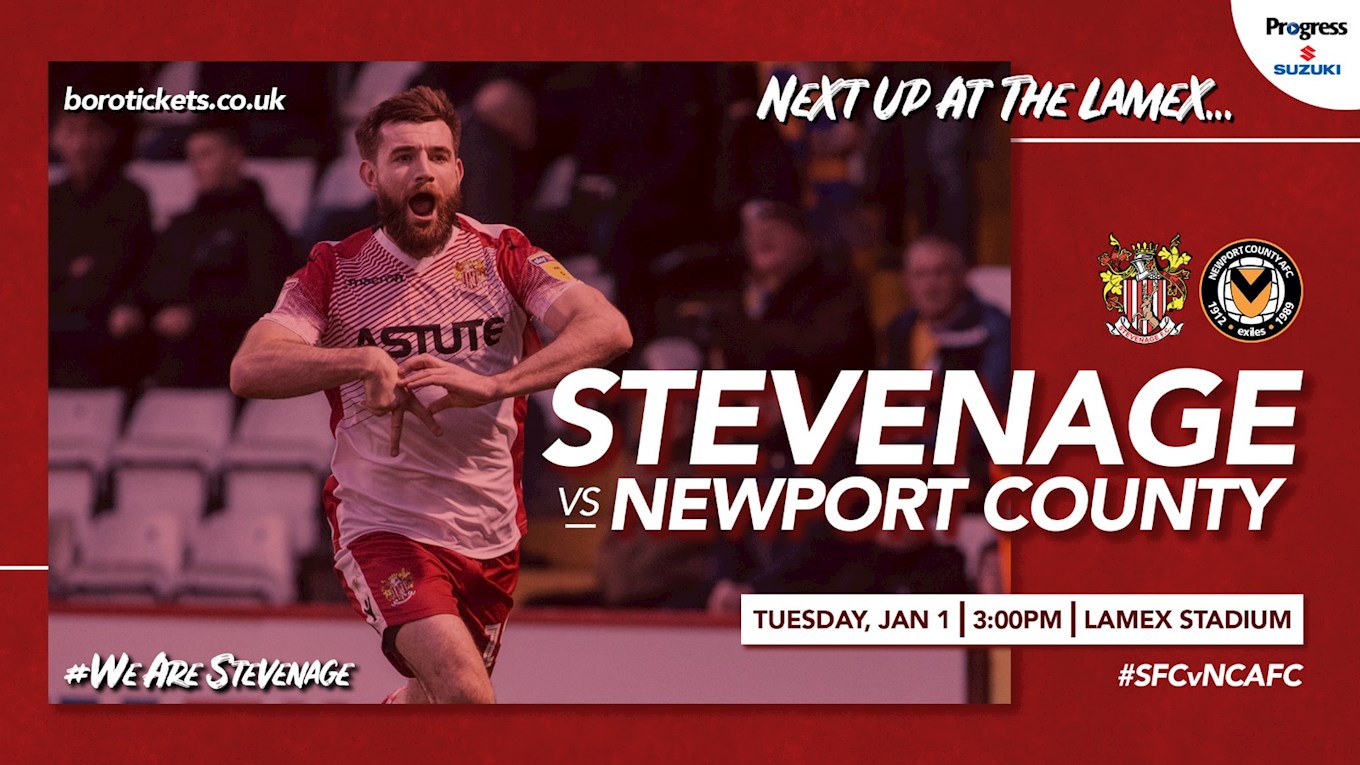 After an impressive Boxing Day win at Colchester, Stevenage have no time to rest on their laurels with another game three days later, straight up the M6 to Crewe.

After a disappointing 1-0 defeat to The Railwaymen at the Lamex in October, Boro will look to make amends by picking up three points at Gresty Road.