Goals from Morris and Norwood ensured a miserable afternoon for Boro on their travels.

Dino Maamria named the same eighteen that came out victorious at home to Yeovil Town last weekend, with QPR loanee Ilias Chair keeping his place in a midfield four. Saturday’s match-winner Alex Revell continued his partnership up front with Kurtis Guthrie, while Joel Byrom started in the centre of the park after picking up a knock in training.

The first chance of the game fell to Johnny Hunt, just inside the Tranmere box. After great play from Chair down the left-hand flank, the midfielder crossed the ball into target man Alex Revell on the penalty spot, who nodded it down to Hunt. The defender could not quite get the ball to fall onto his left foot, and the chance was eventually snuffed out by the hosts.

Down the other end, Kieron Morris found himself with space to shoot on the edge of the Boro box, but Ben Nugent extended his leg to make sure the score remained at nil.

Moments later, it was Morris again causing problems for the Stevenage back four. This time the midfielder did manage to shoot at goal, but Paul Farman was equal to it and palmed behind for a corner. The resulting corner came to nothing and Stevenage went surging forward.

Johnny Hunt was eventually fouled in the build-up play, on the corner of the Rovers box. Ilias Chair looped a ball to the back post, in search of Ben Nugent. The defender looked to nod it down past Davies, but could not get enough on his header and the ball went behind for a goal kick.

Although the game was mostly end-to-end, chances were few and far between leading up to the break. The fourth official put three minutes up on his board, as Boro looked to weather the storm until the break. However, as the story of our season is going, Tranmere broke the deadline with the last action of the first half.

In the fourth minute of the three added on, Kieron Morris rose up at the back post to nod the hosts in the lead. Time to regroup.

The half-time team talk almost worked instantly, with Chair, Timlin and Makasi breaking away on a counter attack. Chair slid in Timlin, who then squared it to the West Ham loanee Makasi, but the midfielder could only blast over his shot. A good start to the half from Stevenage.

A double introduction of Jordan Gibson and Elijah Adebayo brought a new lease of life to the Boro front line, and it almost paid off with twenty minutes to go. Gibson and Iontton combined well down the right flank before the Bradford loanee whipped a ball into Guthrie. The forward, just inside the six yard box, got his shot on target but was deflected behind for a corner. The resulting corner was cleared as we continued our search for the equaliser.

Matters were made worse for Boro after Ben Nugent received his second yellow card and was sent for an early bath. After picking up his first card just after half-time, the defender’s poor tackle was deemed enough for a second. Down to ten with fifteen to go.

Tranmere Rovers bagged their second goal of the afternoon just moments later, and the result was all but confirmed. Top scorer James Norwood netted from a tight angle after rounding Farman inside the box.

Two goals down, and then two men down. Elijah Adebayo saw himself receive a straight red card after what appeared to be a high elbow on his defender deep into stoppage time.

The referee blew for full-time as Boro's play-off push hit a bump on the road.

Next up on the road for Stevenage is the trip to Prenton Park...

It has been five years since Boro last travelled to Tranmere, so make up for lost time and get behind the boys on Saturday.

Advance tickets for this Saturday 9th February fixture, kicking-off at 3pm, are now available to buy at the following prices from the Club Shop, over the phone on 01438 223223 or from borotickets.co.uk.

Please note that advance sales end at 4:30pm on Friday.

Prices increase by £2 on the day.

The Supporters Association coach will be departing from the Lamex at 9am on the morning of the game, so please ensure you arrive at The Lamex Stadium in plenty of time in order to ensure a prompt departure.

Tickets for the coach cost just £30 for members and £35 for non-members. 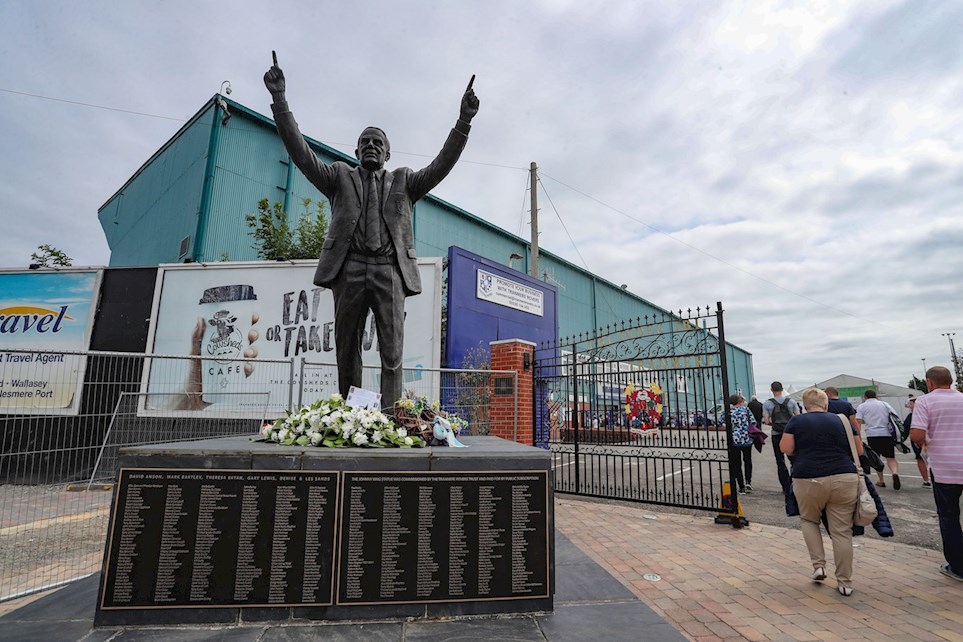 
Next up on the road for Stevenage is the trip to Prenton Park...