Stevenage fell to defeat at home to Forest Green Rovers on Saturday as a goal in either half from Mark Cooper’s men was enough to make sure of the points...

In a game where Stevenage struggled to find their usual fluency, particularly in the final third, it was the promotion chasing visitors that made their chances count to close the gap on the top 3 in Sky Bet League Two.

Dino Maaamria made one change to the side that beat Morecambe the previous Saturday, recalling the fit-again Alex Revell into the forward line at the expense of the now-injured, Danny Newton.

The away side got off to a confident start, passing the ball with authority and looking dangerous in attack. A near-post flick-on inside the opening few minutes from Gunning needed just a touch from a Forest Green man but flew narrowly wide of the post.

James Ball and Alex Revell, starting upfront together for the first time this season, both had early chances to work Montgomery in goal but on both occasions, scuffed their shot.

It wasn’t before long that the visitors took a deserved lead – Shephard ghosting in at the far-post to tap-in from close range.

The goal kicked Stevenage into life somewhat as Maamria’s men responded well. Makasi almost opened up the game with a rangy run from his own half and into the opposition third, but his one-two with Revell inside the box didn’t quite come off.

The Green Devils had their goal and they now had their game plan. Sit back to soak up the play before hitting Boro on the break. It was a strategy that appeared to be working as Stevenage were frustrated in attack whilst Rovers continued to look threatening with the extra space to move into.

Next to come close was Forest Green’s Brown, letting off a low and hard shot on 35 minutes from the edge of the box which Farman was alive to, pushing it away to safety.

Stevenage could have drawn level right on the half-time whistle, Kennedy earning and then sending in a perfect ball into the box that flew right past the awaiting Stevenage attackers.

The boss made one change at the break, bringing in striker Alex Reid for James Ball and he almost made an instant impact. Played through on goal by his new strike partner Revell, Reid burst away from his markers before drawing Montgomery into a top class stop to make himself big and palm away the one-on-one chance.

Stevenage were made to rue that missed opportunity on 54 minutes, when Doidge nodded in from point-blank range, following in on Williams’ shot that Farman initially saved so well. It was a cruel blow to put clear daylight between the two sides at a time when Boro were beginning to get on top.

Never ones to give up, Stevenage rallied and pushed hard for a route back into the game. Clever combination play from the left hand side allowed Makasi into the area before pulling it back for Revell who couldn’t divert the ball past Montgomery once again.

Kennedy was the beneficiary of a clever corner routing on 75 minutes as he peeled away from the front-post before striking at goal, only to see his effort blocked.

Sonupe replaced Makasi as the second half began to dwindle down and it was all Stevenage for the remainder of the contest. Unable to break down a stubborn and strong Forest Green Rovers side, nothing really came to fruition for Maamria’s squad as ball after ball was put into the box, with little to show for it.

Revell had a late chance to make for a grandstand finish, but Montgomery was able to once again beat the ball away as Forest Green ran out 2-0 winners. 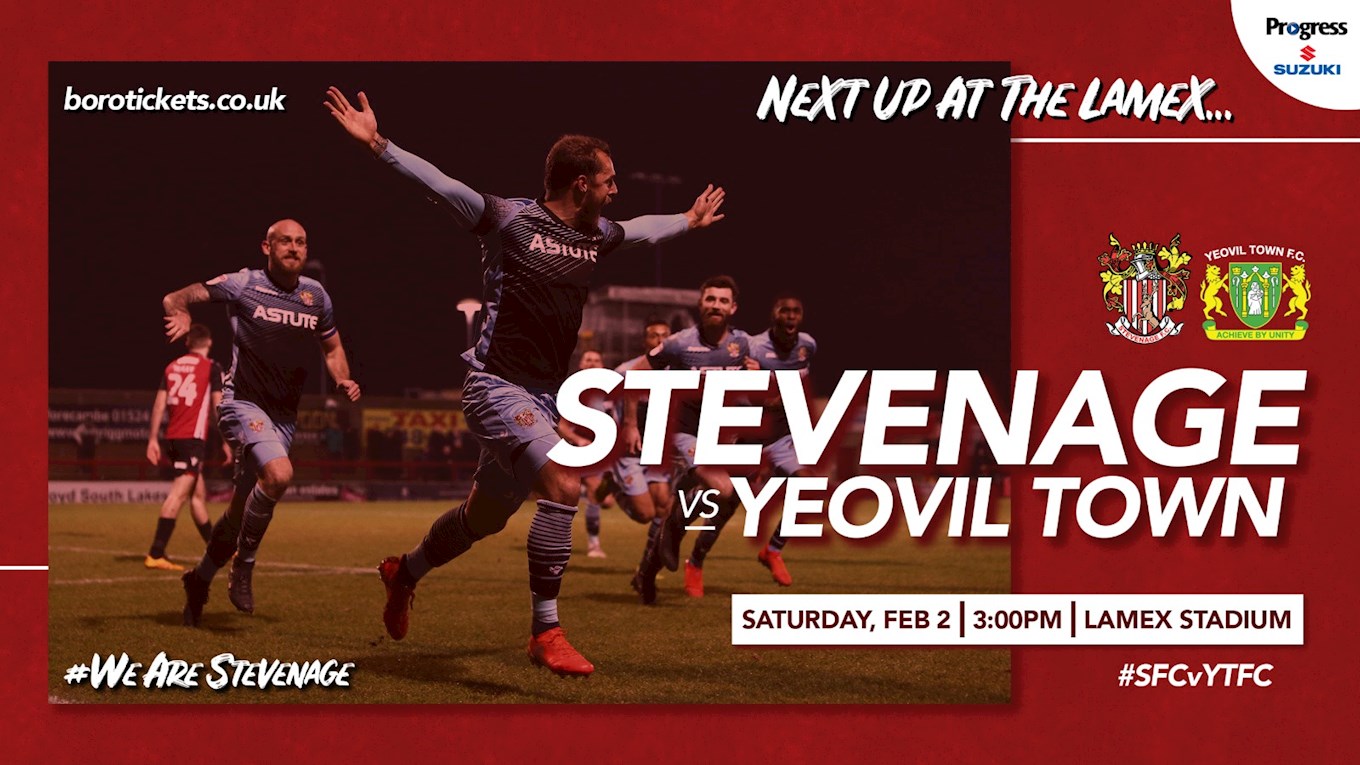 Back-to-back wins have kept Stevenage in the promotion mix, just outside the Play-Offs by a couple of points following Saturday's dramatic victory at Morecambe.

The Lamex Stadium has proven to hold one of the best home advantages in Sky Bet League Two this season - only three teams can boast a higher win total in their own stadium.

Tickets in the East Terrace cost just £15 for Adults and Concessions, whilst it costs just £10 for U18s and £5 for U12s.