The Christmas period saw a mixed bag of results for Boro, with an impressive Boxing Day win at Colchester sandwiched by two defeats to Mansfield and Crewe.

Stevenage will look to head into 2019 in the same manner that they did into 2018, with three points at home on New Year’s Day.

Both sides have been going through a sticky patch of form of late, with identical last six records. Newport have won one, drawn one and lost four, as have Dino Maamria’s men. 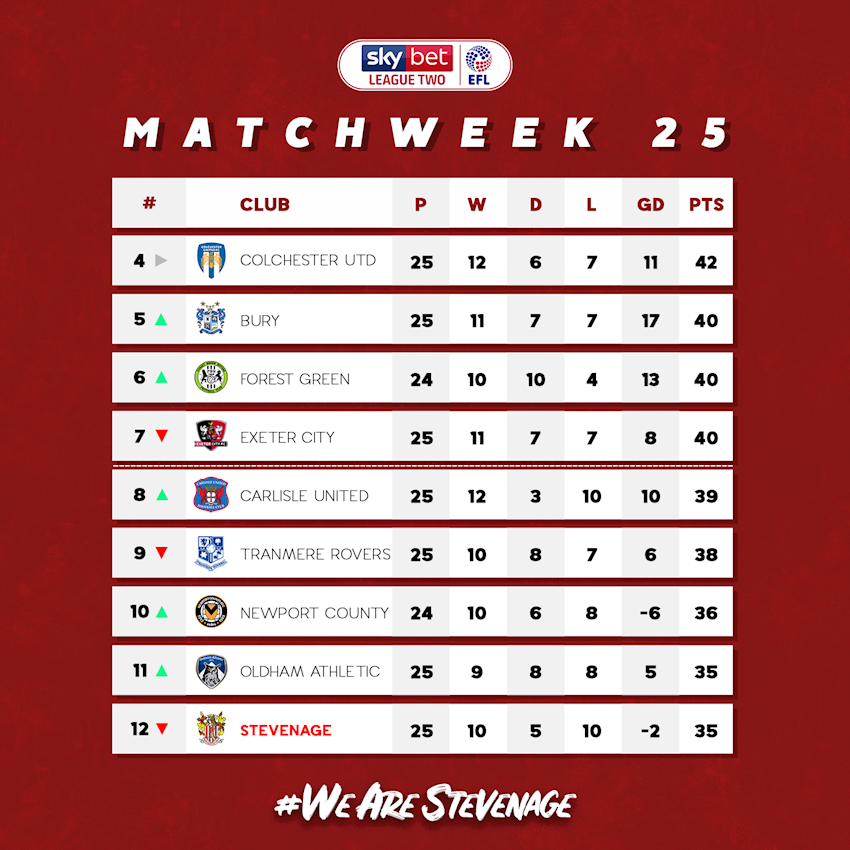 Just past the midpoint of the campaign, Boro and the Exiles sit just one point apart in midtable, in twelfth and tenth respectively.

Padraig Amond is leading the way in goals scored for the Welsh side this season. With ten goals and five assists, the Exiles' number nine is on course to eclipse his total of 13 goals last season, after just 25 games so far this campaign. 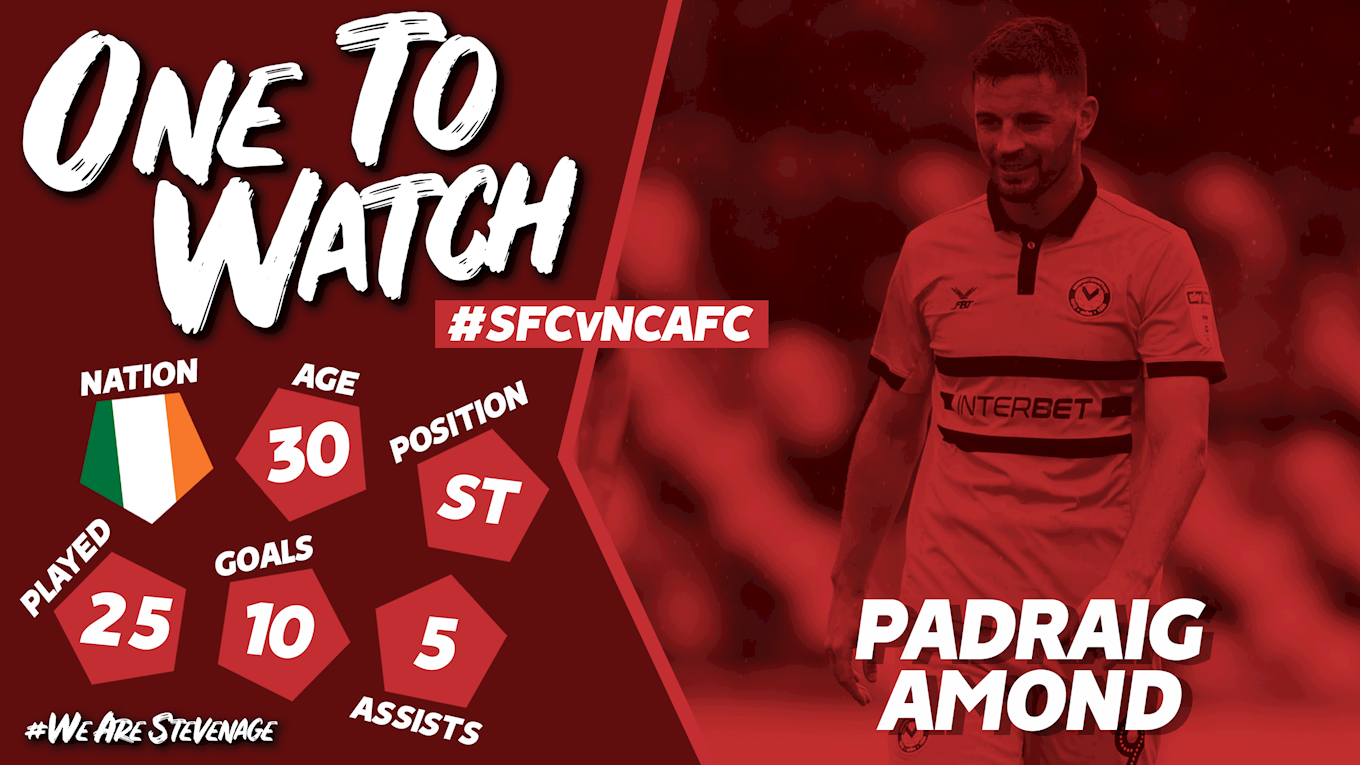 “No pressure on the players but I think if we have got a chance of catching up with the pack, we have got to win these games, especially at home," Maamria said. 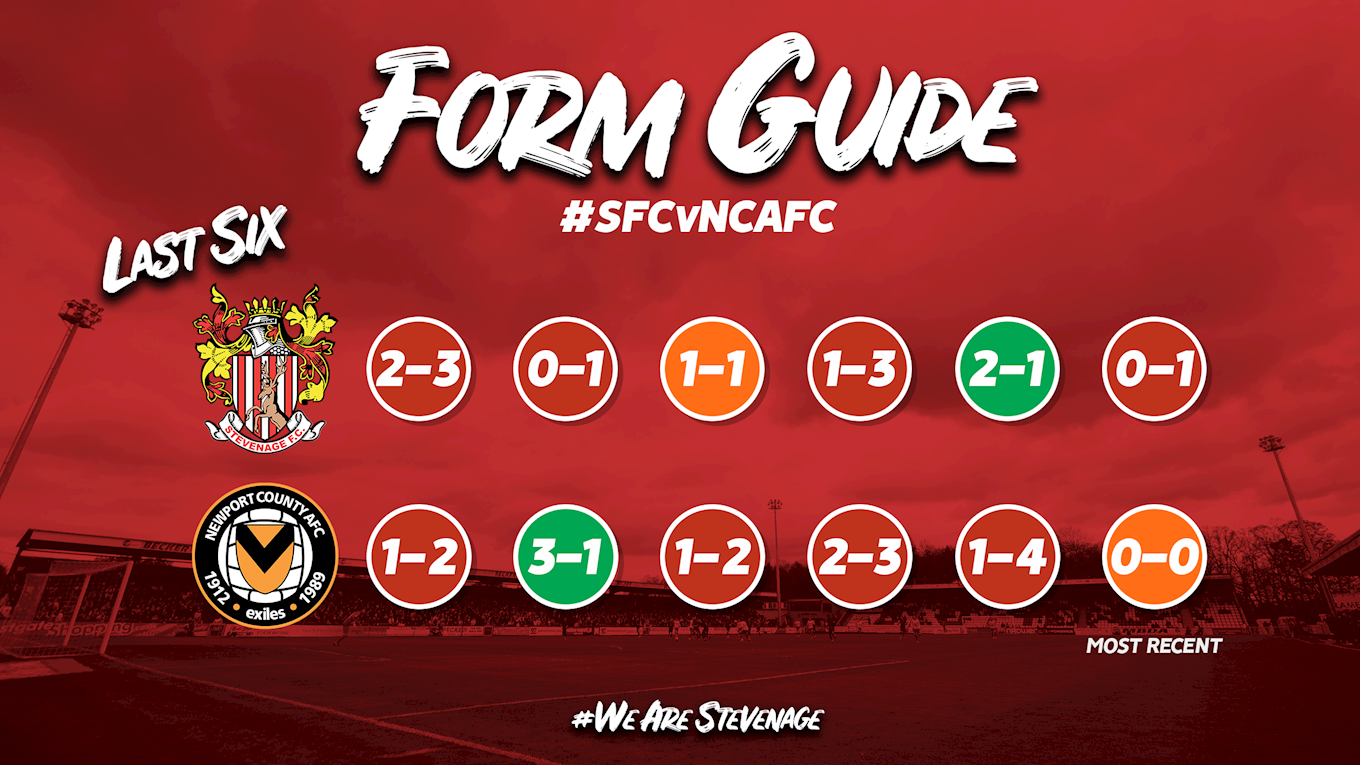 Stevenage boast an encouraging record over Newport County, with five wins from nine games against the Welsh side. However, earlier this season Antoine Semenyo's last-gasp strike saw Micky Flynn's side bag all three points, as Stevenage will look to seek revenge on home soil. 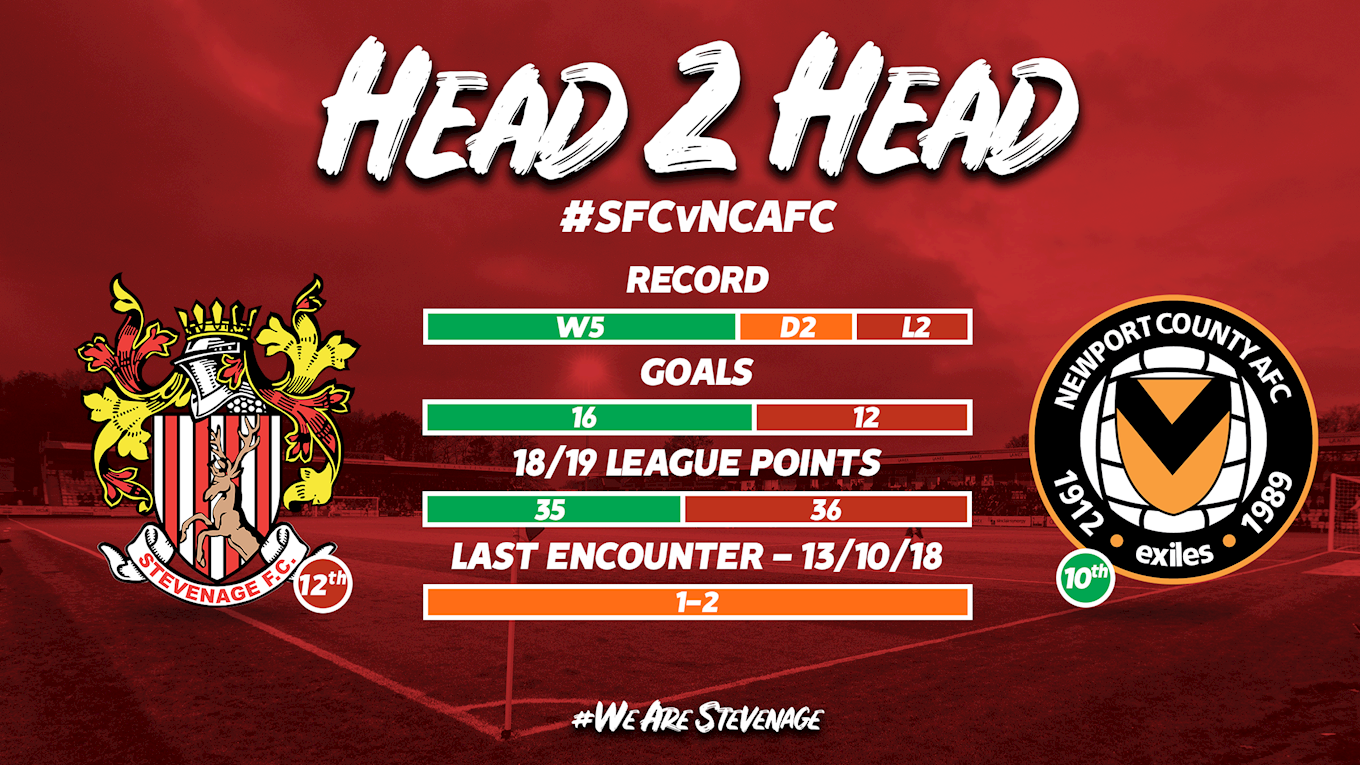 Boro battled their way to a brilliant New Years Day victory on Tuesday afternoon as Alex Revell’s header with less than five minutes to go made for a dramatic win during a feisty game of festive football..

After Guthrie saw red midway through the first half, the odds were stacked against Maamria’s men to pick up a point let alone all three.

The Manager named two changes to the side that lost out to Crewe on Saturday, restoring James-Wildin and Iontton to the starting XI in place for Vancooten and Timlin.

Within the first two minutes, goals could have gone in at either end. A hesitant start defensively for Boro saw former loanee Matt maraud into the six yard box before laying it off for Amond who saw his shot on the turn saved by Paul Farman.

Right down the other end, Guthrie made a surging run of his own, committing his man down the left hand side before squaring for the in-form Newton, whose low driven shot was well blocked by O’Brien.

Guthrie was all over the game during the early stages. Another direct run into the box before the 10 minute mark almost opened up another chance on goal before his header from the resulting corner was easily claimed by Day.

After such a frantic start, it was only natural for the game to slow down a touch as both sides tried to get a handle on the contest. Newton was at his bull-dozing best throughout the first half but the Newport back-four were always able to get the vital defensive touch just as it looked like the forward would be in for a goal.

The game took a sour turn before the half was up as Kurtis Guthrie was shown a straight red card after a strong challenge between the striker and former Boro man, Fraser Franks. Boos reigned down from the stands as Guthrie was shown his marching orders, the Stevenage supporters clearly incensed with the decision made.

With just a few minutes left the break, Amond could have made it even worse as his blazed over his chance when going one-on-one with Farman.

Out from half-time and it was the Exiles who were unsurprisingly looking the most dangerous, with their one man advantage. Amond failed to hit the target from a back-post header that went right across goal, before the Irish striker inexplicably failed to find the net after Matt headed the ball back across the six yard box and right into his path. Credit must go to Nugent and the scrambling Stevenage defenders who were able to make life difficult for the frontman before winning a crucial foul.

With Revell and Timlin both now on the pitch, Stevenage began to grow into the game and with 30 minutes remaining, Newton’s header off a Byrom free-kick fell agonisingly wide of the far post.

Not only had Boro’s attacking threat continued to give the visitors problems, but Newport’s own attack slowed down to almost a halt as the game drew to a close.

That was until 15 minutes to go when Bennett fired high and wide following a Farman clearance which fell to the on-rushing midfielder after it almost certain looked like the goalkeeper was fouled.

Tensions were running high in the game and Franks was at the centre of much of it. After Timlin fouled his teammate O’Brien, Franks’ reaction saw him shove the Stevenage midfielder which resulted in a yellow card of his own.

Timlin came inches away from curling in a wonderful effort into the top corner following more brilliant running from Newton to lay it off for his teammate.

Then, with 85 minutes on the clock, up stepped Alex Revell to end his own personal goal-drought, bail out his strike partner and secure all three points for Stevenage as he connected beautifully onto Timlin’s corner to send the Lamex Stadium into raptures.

Seven minutes of added time had to be negotiated, and Sheehan's powerful strike that struck the crossbar had Stevenage hearts in mouth, but safely negotiated it was as a perfect start to the year was confirmed.

The Lamex Stadium has proven to hold one of the best home advantages in the division, thanks in-part to both our loyal supporters off the pitch and terrific team on it.

Order your tickets from borotickets.co.uk and get behind the boys as we strive for success once again.

Half Season Tickets kick-in for this fixture so order yours ahead of kick-off to gain entry to the final 11 home games for one superb price.