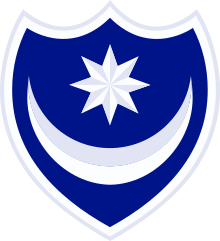 Everything you need to know ahead of Saturday's friendly...

Tickets are available to purchase in-store until 5pm on Friday, online until midnight on Friday or from the turnstiles/ticket office on the day of the game.

Prices are as follows:

The first batch of Season Tickets are available for collection from the club shop on Saturday.

Those in the first batch will have a FREE pre-season friendly voucher to use at one of our four home pre-season fixtures. These can be redeemed on the turnstiles – click here for more information.

Pop into the store before the game and check out our new replica kit and training wear collections for 2018/19.

Portsmouth supporters can buy tickets from either the ticket office or from the South Stand turnstiles on the day of the game.

Please note that there will be NO pre-season programmes this year. Click here for more information.

The Broadhall Suite will only be open to HOME & AWAY fans from midday. We will be showing the England v Belgium Third Place Play-Off game (3pm KO) should you wish to watch.

After more than 10 weeks without a game at the Lamex Stadium, Stevenage return home for the second pre-season friendly of the summer.

A 3-1 win on Tuesday night against St Albans got the team off to the perfect start and it is expected that most players in the squad will get a run-out tomorrow.

Portsmouth have also got off to an ideal start this pre-season. A 4-1 win against Cork City was followed by a 2-1 win over Havant & Waterlooville last Saturday.

The South Coast side are fourth favourites to win promotion from Sky Bet League One this season after another good summer of recruitment, so Saturday’s fixture should prove to be a stern test for Maamria’s side.

There will be NO live commentary via the iFollow platform for our pre-season fixtures, however, you can follow the action live on our social media channels.

Reports, reaction and key highlights will all be posted across the weekend.

Stevenage travel to Rowley Park Stadium on Tuesday night to take on St Neots for a 7:45pm kick-off.

Next at home is Coventry City on Saturday 21st July and don’t forget, tickets are already on sale for the Season Opener, at home to Tranmere on Saturday 4th August.

Get behind the boys and purchasing your tickets from borotickets.co.uk.

Stevenage made it two wins out of two this pre-season with an impressive 3-2 victory over League One side Portsmouth...

It was the perfect start to life back at the Lamex as Ben Kennedy and Andronicos Georgiou made the difference during a sun-soaked July afternoon.

After a rocky start to the game which saw Boro fall behind, Stevenage soon settled and scored three to come out worthy victors against established opposition. A consolation goal from Chaplin did little to ruin the mood of those in attendance.

Kenny Jackett brought a small squad to Stevenage and named his strongest possible side to start the game. With just seven substitutes named, it was a game that the South Coast side were taking seriously.

It was Portsmouth that got off to the better start as they enjoyed the majority of possession and opportunities within the first 30 minutes. Mistakes in defence allowed Pompey to keep coming at Boro and if it wasn’t for Paul Farman’s superb save from Adam May, it could have been 1-0 inside the first 10 minutes.

Scott Cuthbert was needed to throw his body into a trademark goalline clearance to deny Pitman on 15 minutes, but it wouldn’t be long before the visitors took the lead.

Gareth Evans doing the damage with a superbly struck strike from the edge of the box which left Farman little-to-no chance with the save.

Despite that, Stevenage grew into the game and Northern Irishman, Ben Kennedy, began to exert more and more influence on proceedings.

After a number of impressive slaloming runs down the right hand side, Kennedy came close to whipping in a beauty from 20 yards as his left footed curler flew just past the post.

Minutes later, he got his goal. A strong contest for the ball by Revell allowed Kennedy to break through the Portsmouth defence before calmly slotting the ball past Macgillivray in goal to make it 1-1 before half-time.

Half-time saw a brand new XI take to the field for Stevenage whilst Pompey remained unchanged.

Whilst logic might tell you that so many changes would disrupt the team’s flow or performance level, Stevenage bossed the second half against experienced opposition.

Former scholar, Georgiou grabbing his opportunity with two goals inside 15 minutes. The first coming after some brilliantly direct play by Sonupe, bursting down the left wing before finding Georgiou unmarked in the box, who whipped in a deflected strike with his favoured left foot.

His second, coming with 20 minutes to go, an emphatic header from close range after another assist from Sonupe.

Portsmouth struggled to pick up their early first half form and the introduction of four substitutes, did little to change that until the final minutes.

Chaplin netted in the closing moments as the visitors attempted to mount a late rally but it was too little too late as Stevenage held out for the win.