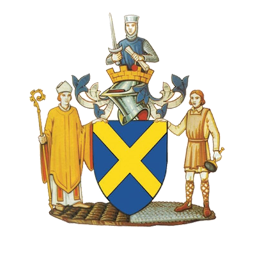 A comfortable way to start the season…

Goals from Sonupe and Trialist got Stevenage off to the best possible start of the 2018/2019 season, as Dino’s men look towards the first league game.

The starting line-up saw a new look side for Stevenage, with no less than six players making their Boro debut, along with Joel Byrom who was making his first appearance in red and white since re-joining this summer.

The visitors took the lead on five minutes, when a well won header from Danny Newton and a defensive mix-up let Emmanuel Sonupe race through and pass into an empty net. A good start from Boro as they looked to press the St Albans back line high up the pitch.

A St Albans free kick gave the hosts an opportunity to test Farman in goal on 25 minutes. The shot was blocked by the wall before falling to Noble on the edge of the box, who sliced his volley agonisingly wide of the near post.

Stevenage continued to control the game towards half-time, with Danny Newton’s header being dragged just wide of the far post after rising above the St Albans defence.

As expected, a whole new Stevenage eleven came out for the second half.

Just five minutes into the second half, the hosts were level. Banton’s low driven shot from the edge of the box was just out of reach for the goalkeeper in the bottom left corner.

Moments later, our recently introduced trialist goalkeeper made what seemed to be an impossible save, reaching the top corner to stop the hosts going in front.

Down the other end of the pitch, another trialist impressed. Racing through the back four after a ball over the top, the striker took the shot on early and finished top corner from outside of the box.

The same trialist then doubled his tally just minutes after, picking up the ball inside the box before slotting calmly past the host’s goalkeeper.

The game petered out towards the end as St Albans tired and Stevenage remained in possession of the ball. A good win for Boro and plenty of positives to take into Portsmouth at The Lamex on Saturday.