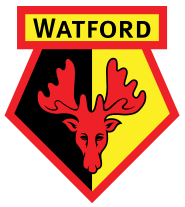 Everything you need to know ahead of the Hornets visit...

Don't forget that kick-off is at the slightly earlier time of 7:30pm.

Tickets are available to purchase on the day of the game from the club shop, ticket office or turnstiles.

We advise Watford supporters to bring cash so they can pay from the South Stand turnstile.

Please note, only the WEST STAND will be open for home supporters. More info here.

Prices are as follows:

The first batch of Season Tickets are available for collection from the club shop.

Those in the first batch will have a FREE pre-season friendly voucher to use at one of our four home pre-season fixtures. These can be redeemed on the West Stand turnstiles, even in your Season Ticket is for the East.

We recommend Season Ticket Holders in the West Stand purchase their seats in-advance of the upcoming friendlies to guarantee they get the seat they desire.

Pop into the store before the game and check out our new replica kit and training wear collections for 2018/19.

Please note that there will be NO pre-season programmes this year. Click here for more information.

The Broadhall Suite will be open to HOME & AWAY fans from 6pm. Please note that supporters will not be able to access the bar after the game.

The Arriva Shuttle Bus is NOT running throughout pre-season, however, it will be back for Saturday 4th August for the Season Opener.

A 2-1 defeat at Crystal Palace on Tuesday night was only Stevenage’s first defeat in five pre-season games this summer. Despite the result, supporters, management team and players alike were all encouraged by the performance which saw the Eagles on the back-foot for much of the contest.

New signing Kurtis Guthrie will not take part in tonight’s game as he finishes off his rehabilitation from an injury sustained last season, although Danny Newton could feature again after picking up a knock early in pre-season.

With the Premier League starting a week later than the EFL, Watford are less further ahead in their preparations for the season and as such, have only played two friendlies. Whilst away in Austria on a pre-season training camp, they came away unbeaten with a win against Fortuna Dusseldorf and a draw with Koln.

There have been six in's and seven out's at Vicarage Road this summer, the most notable of those being the arrival of Gerard Deulofeu from Barcelona and the sale of Richarlison to Everton just earlier this week.

It is hoped that former Stevenage player Ben Wilmot will make an earlier than expected return to the Lamex Stadium tonight after his club record sale in May.

There will be NO live commentary via the iFollow platform for our pre-season fixtures, however, you can follow the action live on our social media channels.

Reports, reaction and key highlights will all be posted across the weekend.

Next up is the Sky Bet League Two Season Opener at home to Tranmere on Saturday 4th August!

It is sure to be an occasion to remember so make sure get behind the boys as we begin a new era at the Lamex Stadium.

Adult tickets in the East Terrace cost just £15 whilst Family Tickets are available for £20. Tickets available from borotickets.co.uk.