All the key info ahead of Saturday'sgame...

Tickets are available for Stevenage fans from Gigg Lane at the following matchday prices:

Need a lift to the game? The Supporters Association Coach leaves the Lamex Stadium at 9:30am and costs £25 for non-members and £20 for SA members.

League football will be a welcome return for Stevenage after defeats in both the EFL Cup and FA Cup in recent weeks. Boro are look to continue where they left off in the league a fortnight ago, with back-to-back wins vs Cheltenham and Oldham respectively.

Those wins have seen Dino Maamria’s men move to the brink of the play-offs, only outside by goal-difference. A win would take Stevenage up to 31 points, and potentially into fourth, if results go accordingly.

Bury sit below Stevenage in 10th, just two points behind. After relegation from League One last season, The Shakers have made a consistent start to life back in League Two, with 7 wins, 5 draws and 5 defeats under former player, and Stevenage nemesis, Ryan Lowe.

The ex-forward scored against Stevenage for three different clubs; MK Dons, Crewe and Saturday’s opponents, Bury. Lowe has been in charge of the Greater Manchester club on a permanent basis since May of this year, after being appointed Caretaker Manager in January where he picked up 4 wins from 17 games. 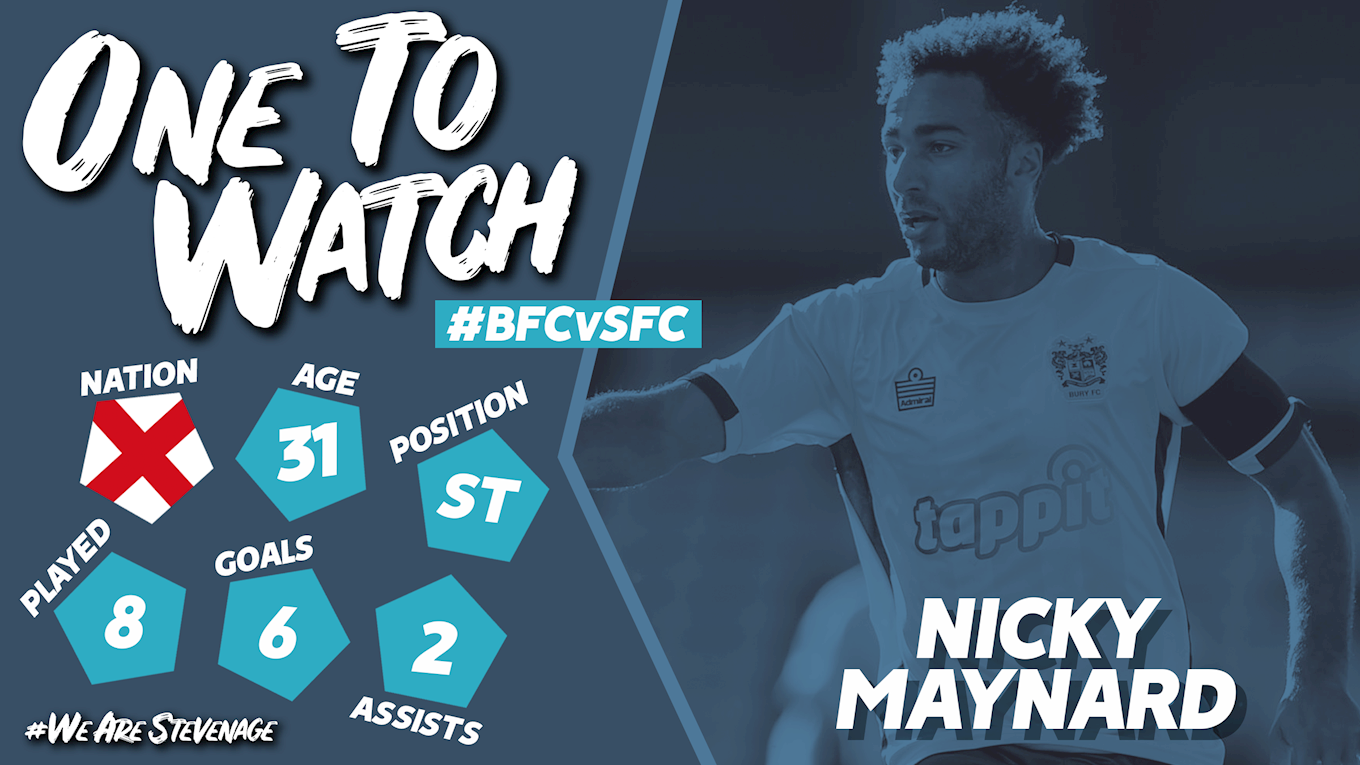 After suffering a neck injury at Plymouth on Saturday, Steve Seddon's participation is under question after spending the week being monitored at parent club, Birmingham City.

An unfortunate week on the training ground means that Danny Newton, Ben Kennedy, Ronnie Henry, Luther James-Wildin and Arthur Iontton are all doubts for the game.

Terence Vancooten and Liam Smyth will be unavailable for selection due to international call-ups for Guyana and Northern Ireland U19's. 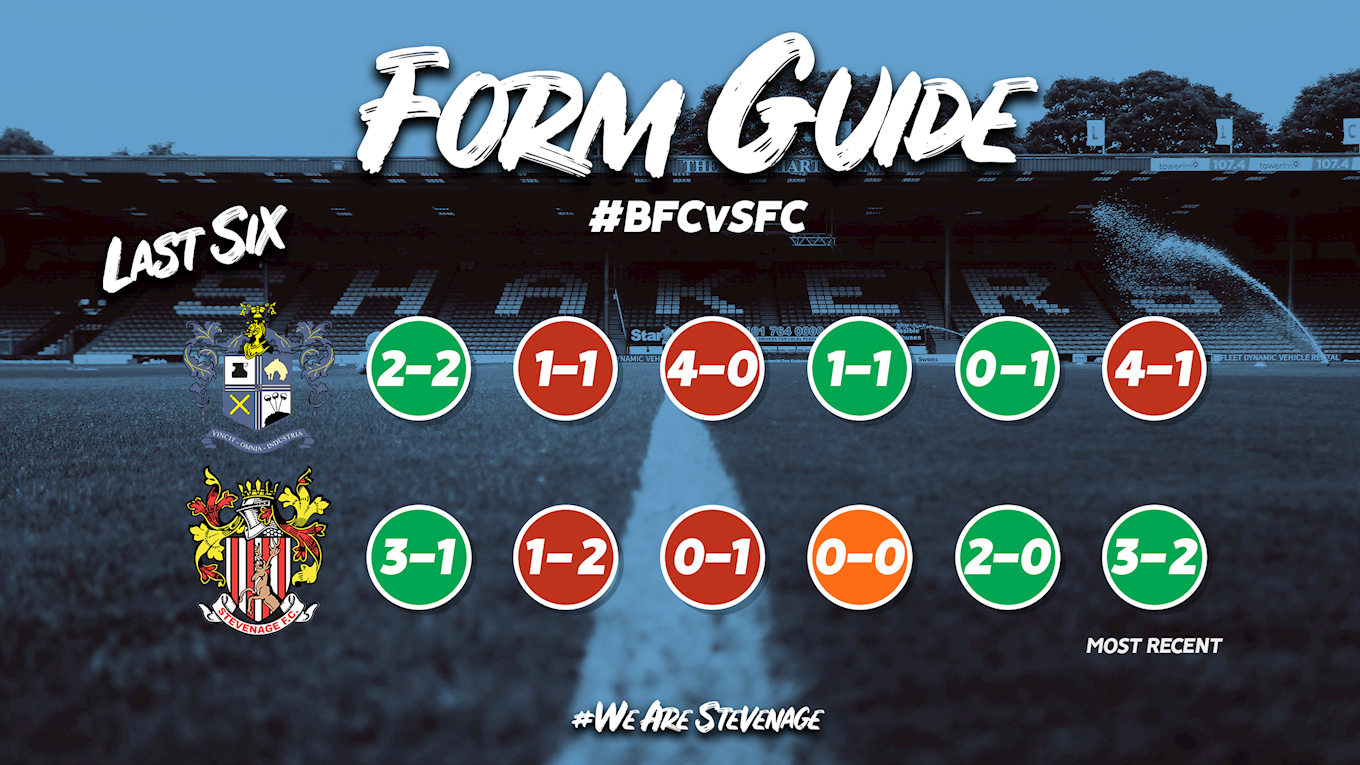 "We are in good form in the league. Bury are a good team, evolving as well. They have hit good form and are good at home, with good attacking players. Arguably Danny Mayor is one of the best players in the league. If we manage to stop him, we will do well to stop the whole team.

"It is another long trip. We know what to expect from them but we will have to be at our best.

I think their attacking threat is clear to see. The front two are quite a handful, and the wide players. The way they play is to try and dominate possession. I know what I will be facing and we just have to be at our best.

"We are three points off third. We can build on that and we will get better, that is what is important. We never get carried away, it is always onto the next game. Bury is going to be a very tough game." 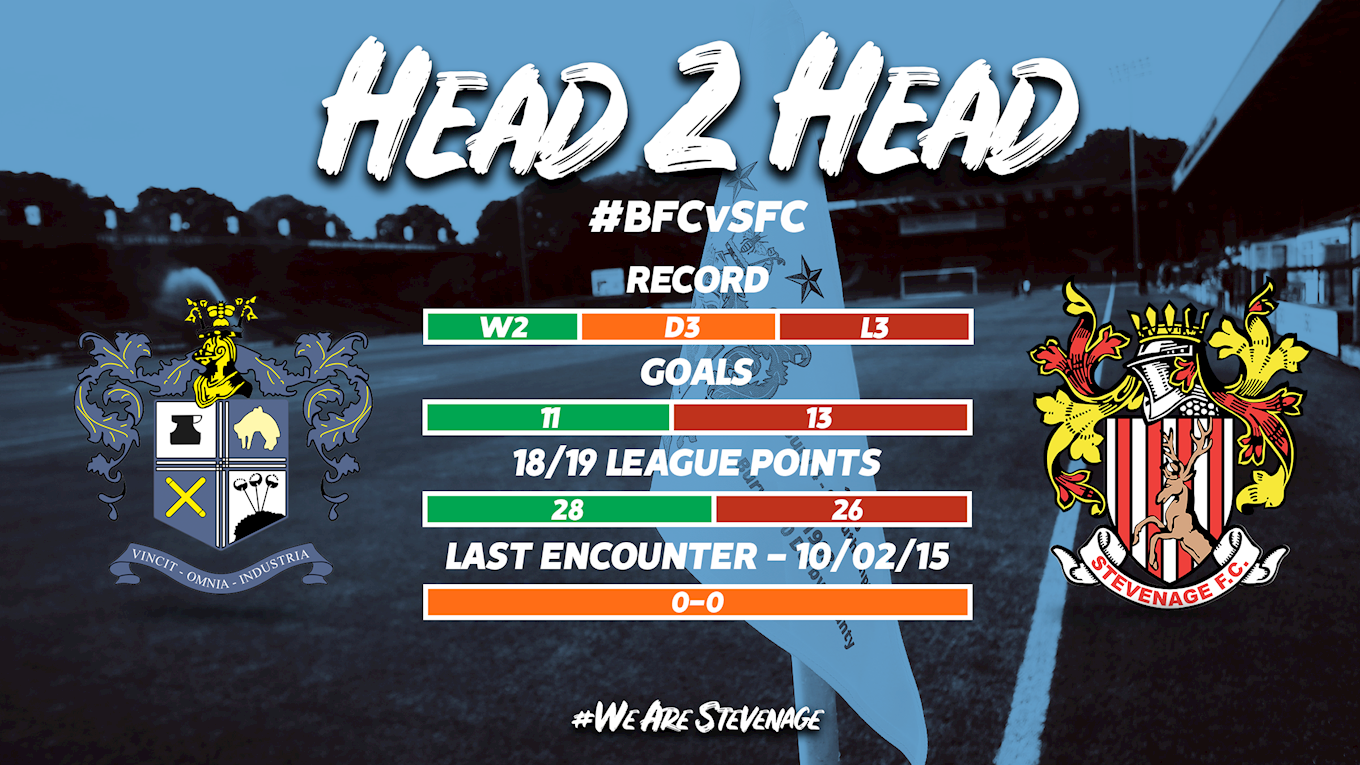 After a one week break away from league action, Stevenage return to the bread & butter of Sky Bet League Two on Saturday with another long tip, away at Bury.

Boro travel North to face the Shakers for the first meeting between the two sides for four years and with just two points seperating the two sides, both in the thick of the promotion chase, it is a game with plenty on the line.

Tickets are available in-advance online from the Bury ticketing website or from Gigg Lane on the day at the following prices: