Stevenage crashed out of the FA Cup on Saturday at the first hurdle as League One Plymouth Argyle struck late to win the game in added time.

Despite putting in an effort full of discipline and heart, Boro couldn’t quite muster enough offensively to truly threaten the opposition’s goal whilst Argyle kept coming again and again.

Clear-cut chances were kept to a minimum though and just as it appeared Stevenage were out of the woods, the skilful Lameiras found the bottom corner in the 92nd minute.

Dino Maamria named two changes to the side that beat Oldham in the league last Saturday, replacing the injured Nugent with Wilkinson whilst Campbell-Ryce made way for Kennedy.

Plymouth’s main danger men, Ladapo and Carey didn’t waste much time before showing their strengths. First Carey came a whisker away from a typically stunning left footed goal, firing narrowly past the woodwork inside 10 minutes.

Then when Ladapo was released in-between the Stevenage centre-backs and through on goal, Home Park rose in anticipation to see him add to his already-impressive goalline for the season, but Scott Cuthbert was able to recover and make an impeccably timed last-ditch challenge to deny the Plymouth striker.

Next it was Carey’s turn again as he stroked a free-kick just past the post. Despite the early chances, Stevenage were hanging in there and remaining resolute, preventing clear-cut opportunities, instead, often inviting them to shoot from distance.

Boro forced a number of set-pieces throughout the first half which ultimately, came to nothing. Referee Alan Young often quick to blow his whistle when Stevenage were forcing pressure on the Argyle goal.

All in all, a good half from Stevenage as they stifled the Pilgrim’s, leaving it all to play for going into the second 45 minutes.

Carey was first to come close for either side coming out of the break, another dead-eyed left footed shot that flew just past the post and moments later, Dieng pulled off the save of the game, getting down low to palm away Grant’s stinger before Wilkinson was on-hand to clear the ball away.

Kennedy made way for Campbell-Ryce on 60 minutes but the pressure kept on coming. Substitute Lameiras making a huge impact for the home side, showing off his quick feet and strength to dance away from a number of Stevenage defenders before firing over the bar.

A nasty clash of heads between Seddon and Songo’o left the Birmingham loanee the worse off and there were anxious times as the youngster was stretchered off. Newton was his replacement, hoping to make a similar impact to last Saturday.

That substitution inevitably brought extra energy up top as Newton harassed the opposition defence and the striker saw a hard and low shot saved by Macey in goal with less than 10 minutes to go.

With a hug 10 minutes added time, it was always bound to be a nervy end to the contest but after keeping the door shut for so long, Lameiras’ late winner made it all the more painful for Stevenage’s players, management and travelling fans.

Stevenage get their 2018/19 FA Cup journey underway on Saturday with a First Round tie at Plymouth Argyle's, Home Park.

The League One side have been resurgent in recent weeks following a difficult start to the season, whilst Maamria's men head into the Cup fixture off the back of two straight league wins themselves.

Tickets have been priced at the below, affordable rates:

Tickets can be purchased online now or from the Club Shop/over the phone from Thursday.

Please note that all fans wishing to use the Season Ticket Holder discount must buy from the Club Shop with their Season Ticket Book in tow. This week's opening hours are:

The Supporters Association coach is departing the Lamex Stadium at 8am on Saturday so please arrive at the stadium with plenty of time to spare.

Tickets cost just £30 for SA members and £35 for non-members. 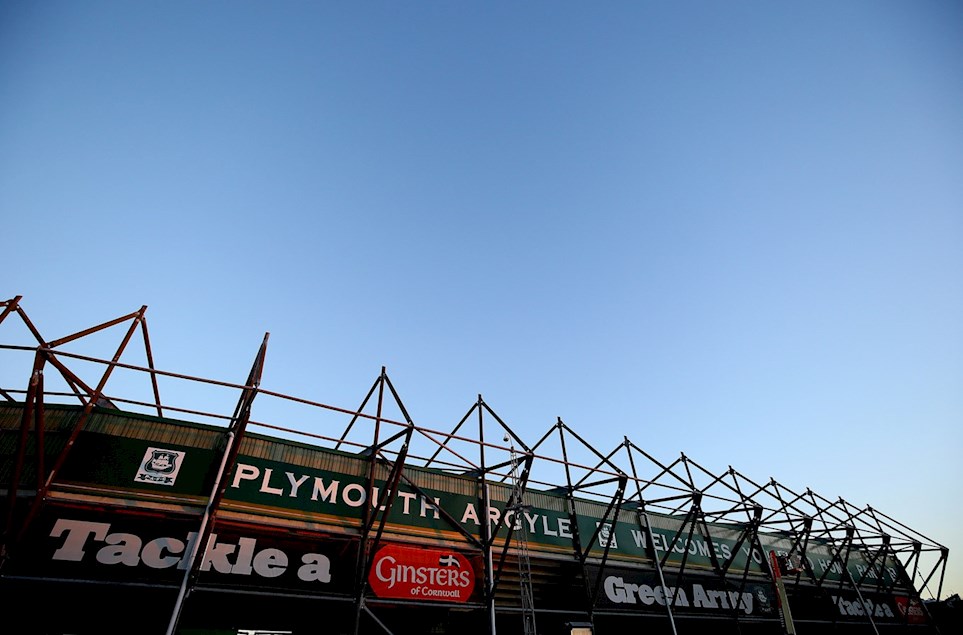