Stevenage make the short trip to Leyton Orient on Saturday 17th August 2019 for the second away day of the season...

Matchday tickets are available from the Breyer Group Stadium on the day of the game at the following prices:

Disabled supporters are charged at the appropiate rate as above and are entitled to a free ticket for their carer if needed.

The Supporters Association coach is departing the Lamex Stadium at 12pm on Saturday 17th August and tickets cost £20 for SA members and £25 for non-members.

To book a seat, visit www.sfcsa.co.uk/home/travel or pay on the coach upon departure.

Ben Nugent, Ben Kennedy and Paul Digby are all out with long-term injuries and following Tuesday's Carabao Cup match against Southend United, more Stevenage players have joined the treatment room. 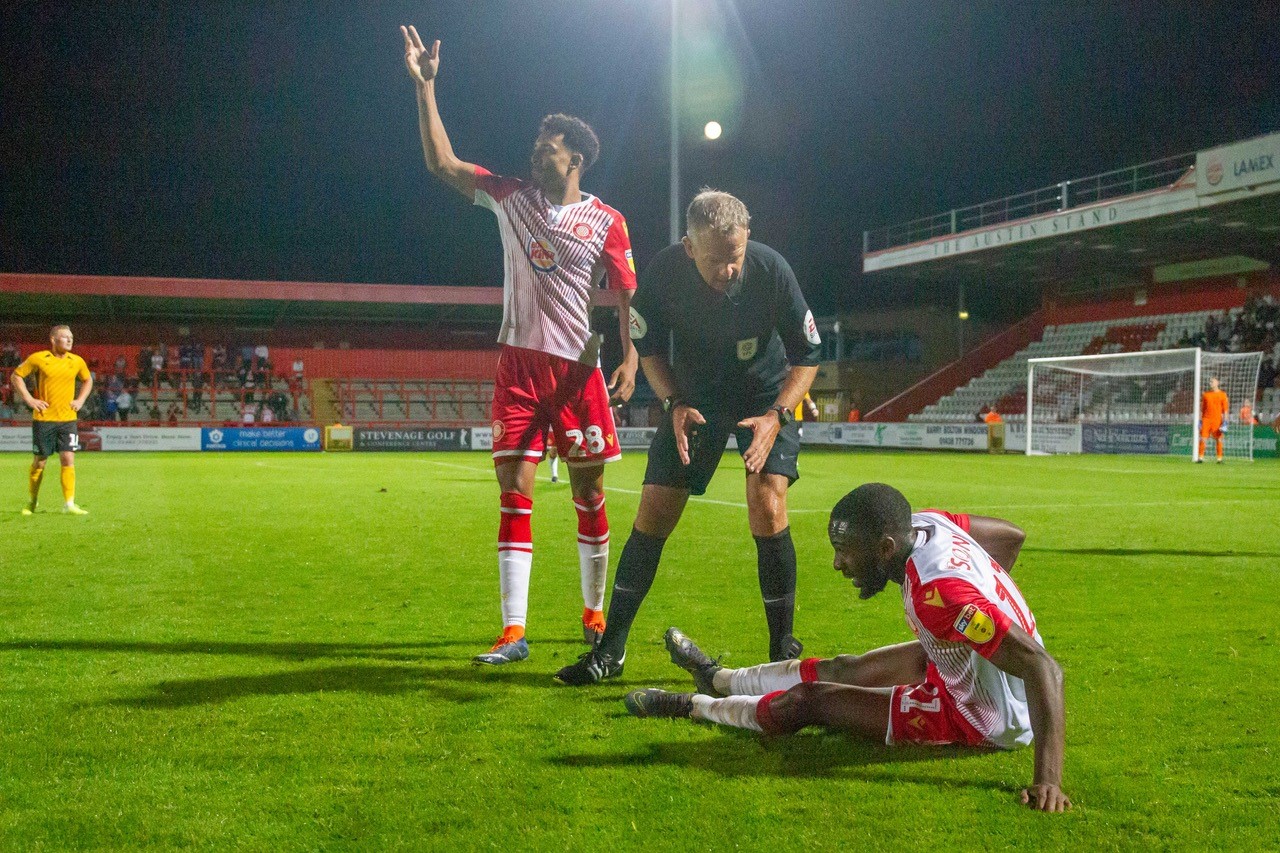 Dean Parrett, Charlie Carter, Emmanuel Sonupe and Scott Cuthbert were all forced off so are unlikely to feature on Saturday.

Stevenage are looking to pick up a first win of the new campaign against the O's following a testing start to the season. Defeat at Salford on the opening day was followed up by a last-minute loss at home to Exeter City meaning Boro are without a point after their first two matches.

Leyton Orient started their season with a 1-0 home win against Cheltenham before a surprising 3-0 loss at Macclesfield Town - Sol Campbell's last league match in charge of the Silkmen. Defeat in the Carabao Cup on Tuesday night at Plymouth followed but spirits remain high at Orient after last season's National League triumph. 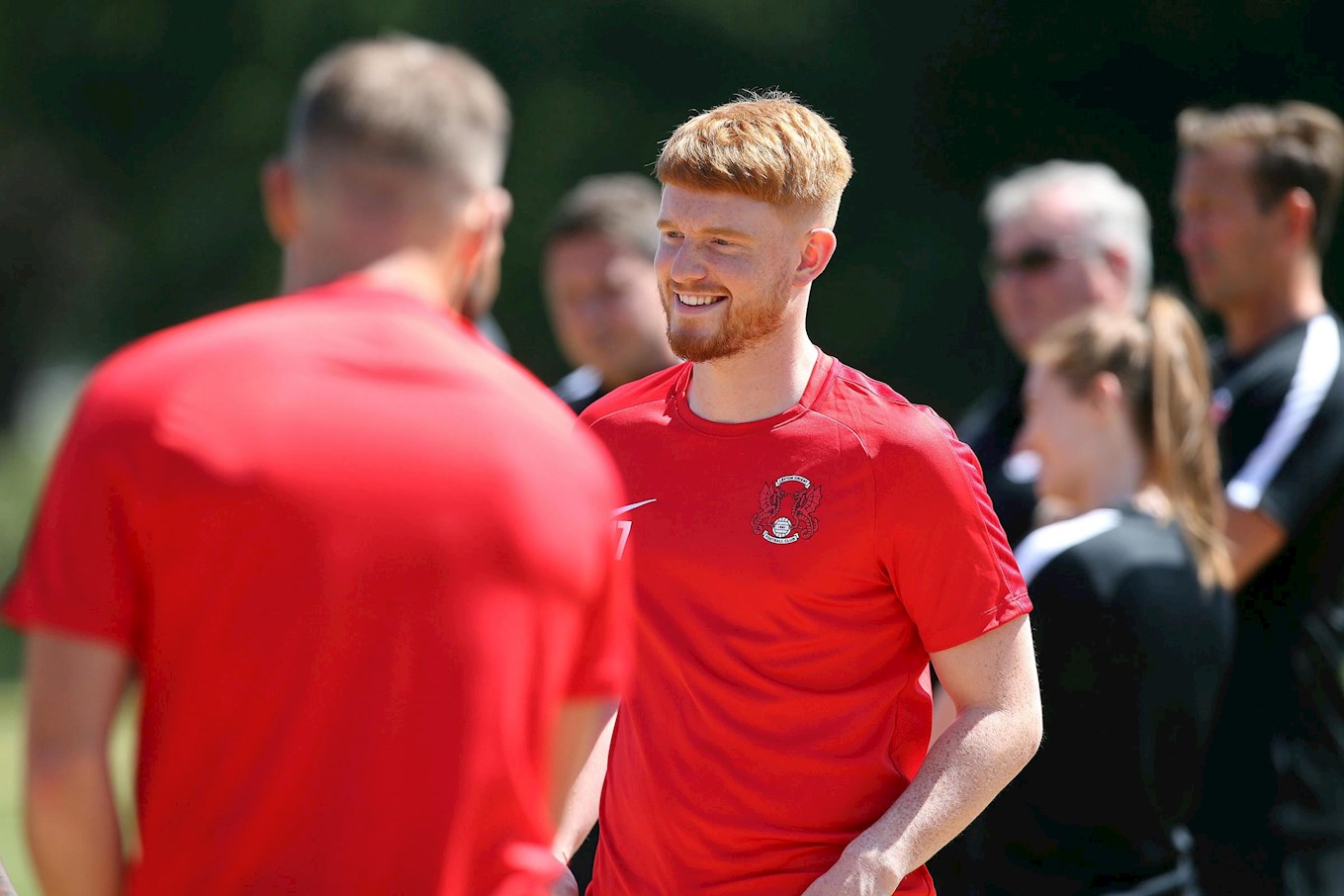 Former Stevenage player and Academy Graduate Dale Gorman could feature, after making his first start of the season on Tuesday, whilst Orient Captain and Player-Coach Jobi McAnuff will not be involved as he recovers from an operation.

Dino Maamria says that despite the mounting injury list he has to contend with, he is feeling positive ahead of Saturday's clash in East London.

“We have got 11 players injured in a small squad and it is always going to have an effect. We have been forced to change the team too many times. I have been talking to the players about winning though and we have to put all that aside. We are an ambitious group and if we want to achieve what we want to achieve by the end of the season we have to win football matches. 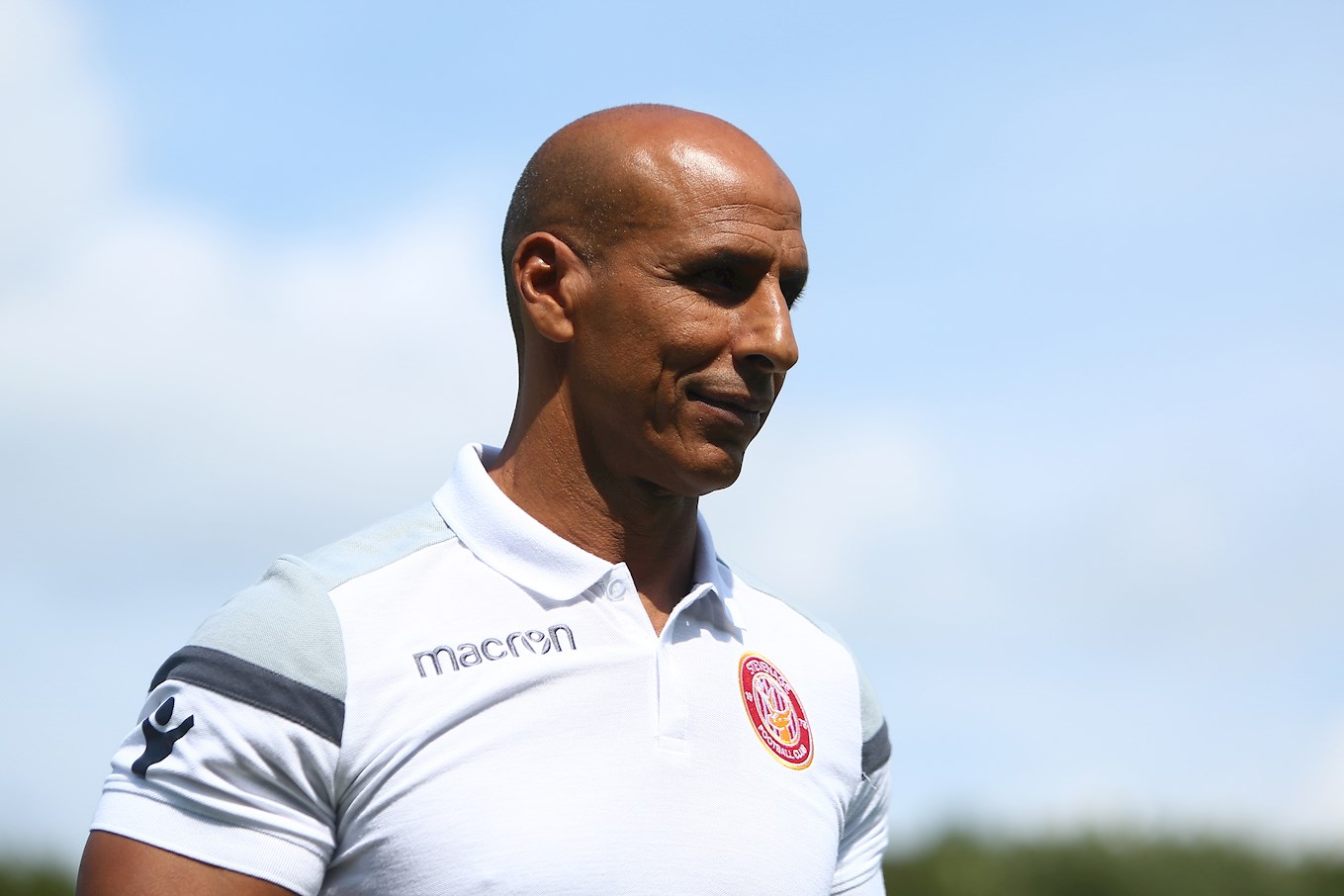 “The point I want to emphasis is we have got what we have got and we have to win with what we have got. It is easy for a manager to put yourself into a comfort zone and to find a million reasons why you aren’t winning. I am looking for reasons to win.

“I will pick a team tomorrow and I am confident that team is going to put on a performance for our fans and that are going to win the game. That is where we are right now and it puts me into a very, very positive frame of mind approaching the game tomorrow.”

Stevenage are 5/2 underdogs with league sponsors, Sky Bet whilst Stevenage to win and BTTS has been PRICE BOOSTED from 13/2 to 15/2. If you fancy a flutter this weekend, use our designated link which enables the club to receive a slice of your stake!

Make sure you are following our Twitter account throughout the day as we bring you the very latest from the Breyer Group Stadium.

Stevenage picked up their first point of the season against Leyton Orient on Saturday in testing conditions on the road...

After Cuthbert and Vancooten both went down in the first half, Boro were down to their bare bones but thanks to superb league debuts from Kell Watts and Luis Fernandez, along with a brilliantly gutsy team performance throughout, Stevenage headed back to Hertfordshire with a goalless draw.

Dino Maamria named three changes to the starting XI that faced Southend United on Tuesday night. Danny Newton returned to the team in place of Dean Parrett, Chris Stokes came in for Luis Fernandez whilst newly signed Kelland Watts made his debut in place of Noor Husin.

It was a bright start to the match from both sides, with both teams going toe-to-toe and both keepers tested inside the opening 15 minutes. Guthrie forced a low stop by Brill from a narrow angle, whilst Farman was needed to deny Wilkinson and Wright with near-post saves of his own. Taylor didn’t come too far away from finding the top corner with a bending effort from the edge of the box, whilst Angol did the same from the opposite side of the box up the other end.

With 25 minutes gone, it looked like Stevenage were awarded a penalty after Kurtis Guthrie was tripped in the box as he was about to shoot on goal. Referee Lee Swabey pointed to the spot at first, but after a long discussion with his assistant, changed his mind.

After struggling with his fitness throughout the match, Cuthbert finally made way on 35 minutes as Arthur Iontton joined the action. Now with a starting centre-back duo aged just 17 and 19, Boro were up against it going into the second half after eight minutes of additional time were successfully negotiated.

Boro came back out for the second half with a fresh motivation and impetus but had to survive an early scare as Orient came out of the blocks quickly. Paul Farman was putting in a Man of the Match performance, demonstrated by a stunning double save just a few minutes into proceedings to keep the scoreline level.

Although the O’s enjoyed the majority of possession, territory and chances, Stevenage had their moments to strike, the best of which came in the 72 minute when Newton miss-hit a half volley after the ball came into him from 8 yards out.

Dale Gorman, who joined the action midway through the second half, almost ruined the day for his former team as he let fly from 25 yards out with 5 minutes to go, forcing Farman into another fine save that spilled out into the box, only for Boro to eventually clear.

As 4 minutes of added time were shown, it was Stevenage applying the pressure as Jason Cowley was brought on to provide the added impetus and with just seconds to go, Newton was denied by a brilliant Dean Brill save after the ball fell kindly to him from a Stevenage corner. In the end, Boro had to settle for a first point of the season ahead of Tuesday’s home clash with Bradford City.

Tickets for Stevenage's away trip to Leyton Orient on Saturday 17th August 2019 are on sale and cheaper if bought in-advance...

It will be the first time that the two sides have played each other in three seasons, following the O's brief spell in and then promotion from the National League.

Supporters are encouraged to purchase in-advance of the fixture as pre-match savings can be made. Please note that advance tickets go off sale at 4pm on Friday 16th August 2019.

Disabled supporters are charged at the appropirte rate as above and are entitled to a free ticket for their carer if needed. Either visit us inside the Club Shop or online at borotickets.co.uk to order your tickets.

The Supporters Association coach is departing the Lamex Stadium at 12pm on the day of the match so please arrive with plenty of time to spare, in-order to ensure a timely departure. Tickets cost £20 for SA members and £25 for non-members. 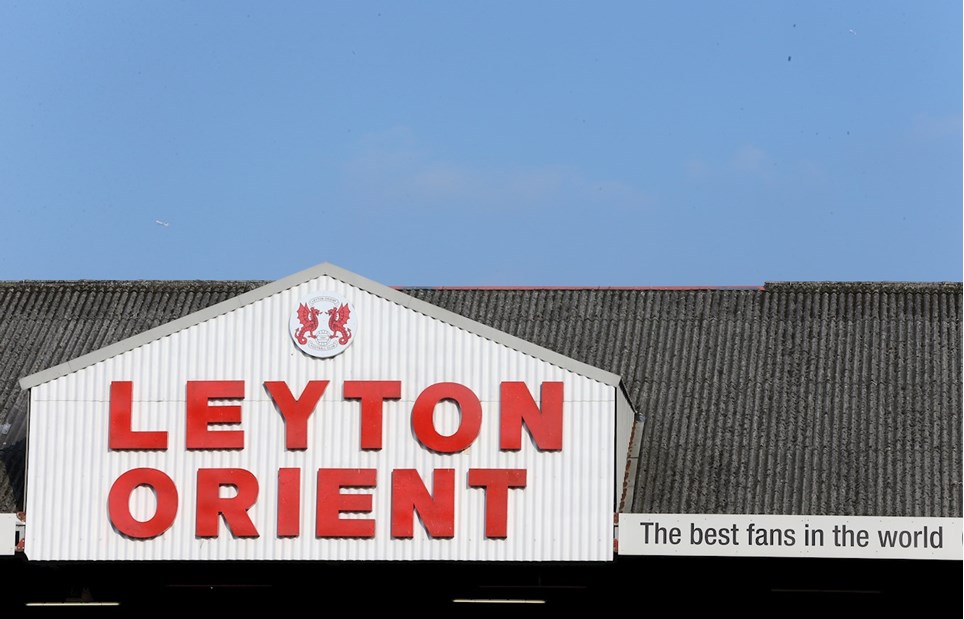 
Tickets for Stevenage's away trip to Leyton Orient on Saturday 17th August 2019 are now on sale...