Stevenage are still on the search for their first win of the season as Macclesfield snatched a 2-2 draw at the death at The Lamex Stadium...

Macclesfield took the lead halfway through the first half but were made to work hard for their advantage as Stevenage missed numerous chances and dominated throughout.

Boro finally got their first goals of the season within the space of five minutes in the second half, as Kurtis Guthrie and Luther James-Wildin, who scored a wonder goal worthy of winning any match, put Boro into a deserved lead.

After missing crucial chances to then ice the game, Macclesfield levelled from the penalty spot with less than 10 minutes remaining.

Newly signed Elliott List made his debut for the Boro as Dino Maamria made four changes from last weeks draw at Mansfield. Arthur Iontton, Kurtis Guthrie and Ben Kennedy all came in.

It was Stevenage who started off the better side and Kurtis Guthrie could have scored a brace inside the opening 10 minutes. Joel Byrom’s quick free-kick caught out the away team’s defence as Guthrie beat the offside trap, but his headed effort came off the post. Macclesfield keeper Owen Evans was then called into action with a double save from Guthrie before running across his line to keep out Arthur Iontton from point blank range. 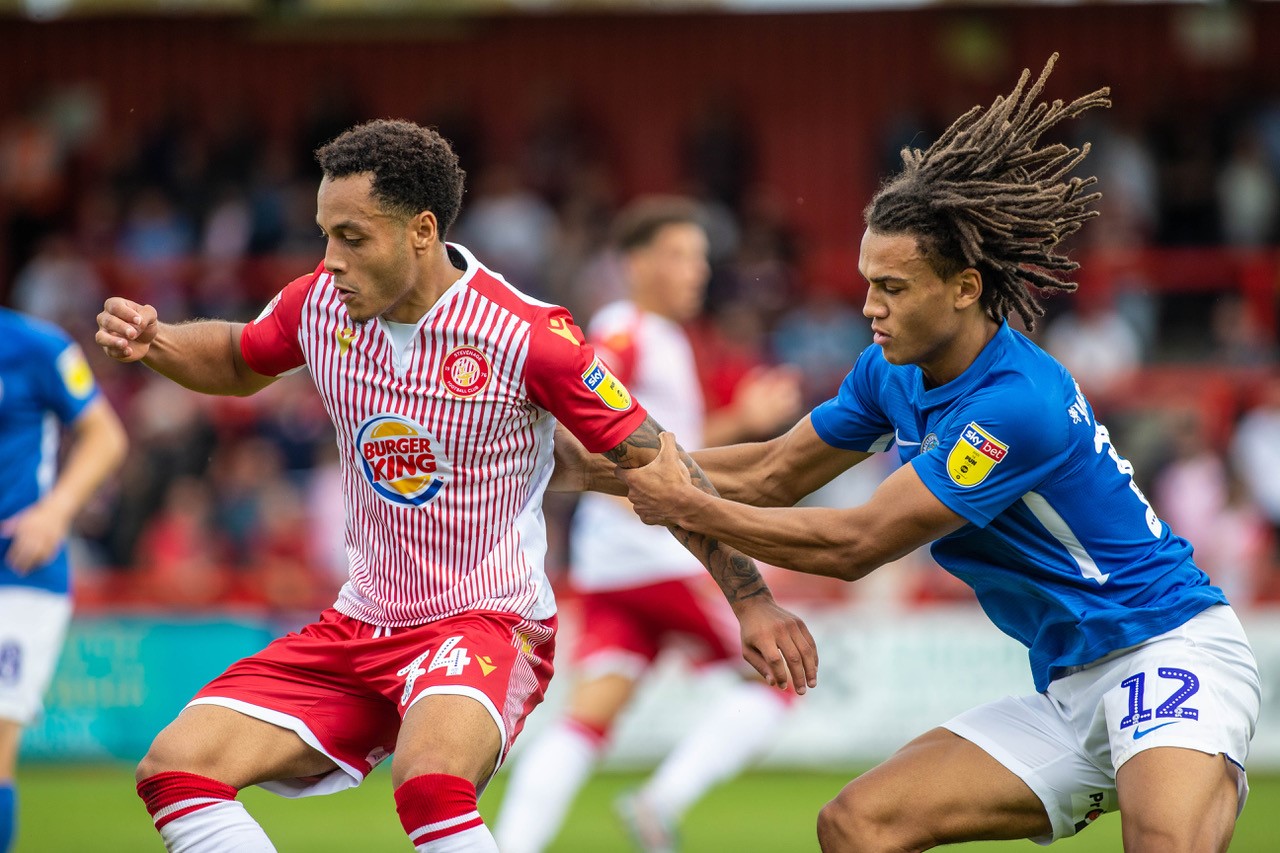 But it was the away team that took the lead, as a quick counter-attack from Macclesfield in the 26th minute saw Ben Stephens break down the left-flank, as he raced away from the Stevenage defence before slotting past Paul Farman to make it 1-0 to the Silkmen.

Four minutes were shown for added time and Byrom, who was causing trouble all game from his set-pieces, sent in another accurate freekick, but Charlie Carter’s headed effort sailed over the bar as the score stayed 1-0 to Macclesfield going into the break.

Maamria made his first substitution before the restart as Iontton came off for Noor Husin.

Despite the frustrating first half for the home team, the Boro faithful kept the noise and belief going as the teams came out for the second half.

Newton and Cowley were both soon introduced and the Stevenage fans’ faith was duly rewarded in the 69th minute, as Cowley, who found room inside the box, shot off the bar and into the path of Guthrie who headed it home the club’s first league goal of the season, much to the home fans delight.

Just like London buses, after waiting all season for a goal, two came at once, as shortly after, Luther James Wildin smashed a quick free-kick into the top corner from 35 yards, to send the home fans and players into delirium. 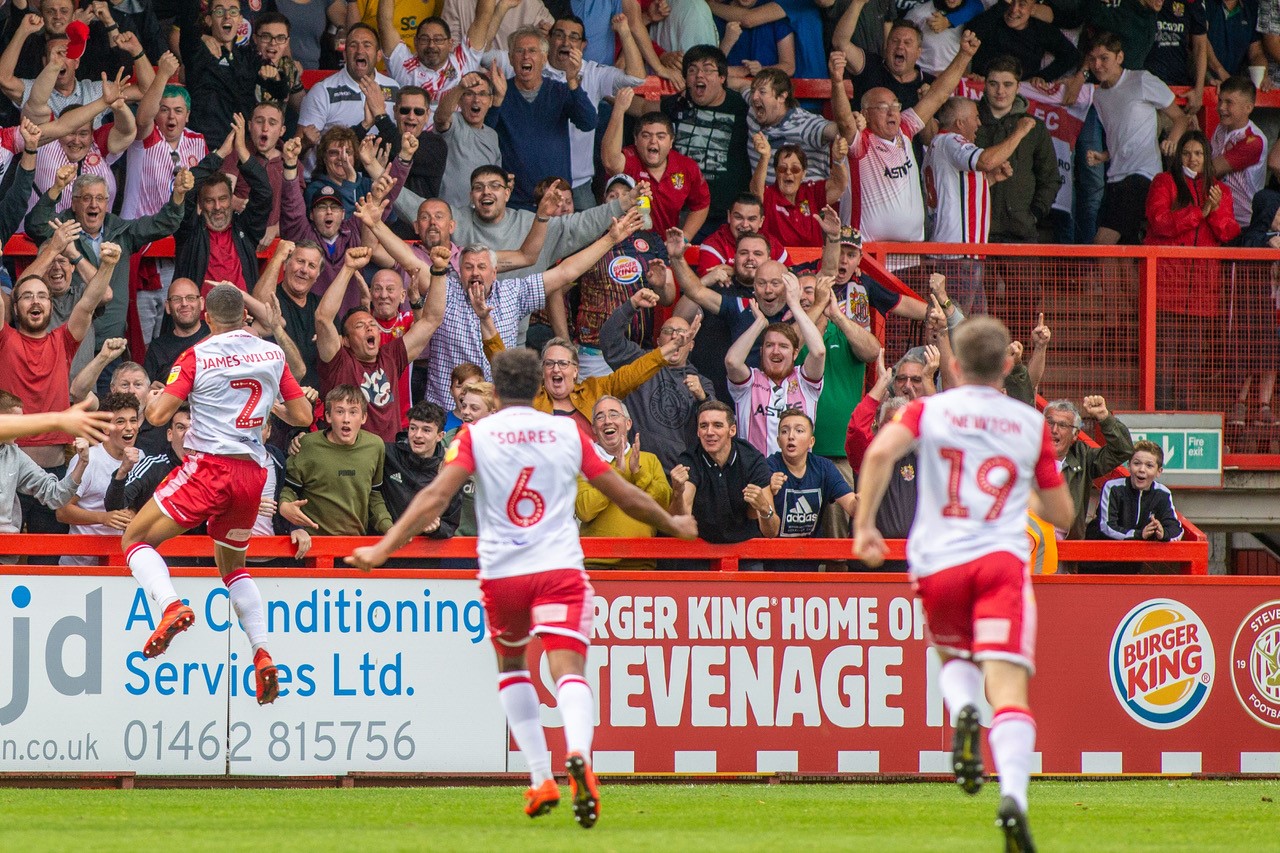 Danny Newton could have wrapped things up soon after, as the striker was sent through one-on-one with the goalkeeper but his shot fell just the wrong side of the post.

Then, the Silkmen snatched a point in the 84th minute after Kelland Watts caught his man in the box, allowing Joe Ironside to make it 2-2. Much to be positive about in terms of the performance, but the result is one that will sting for quite a while. 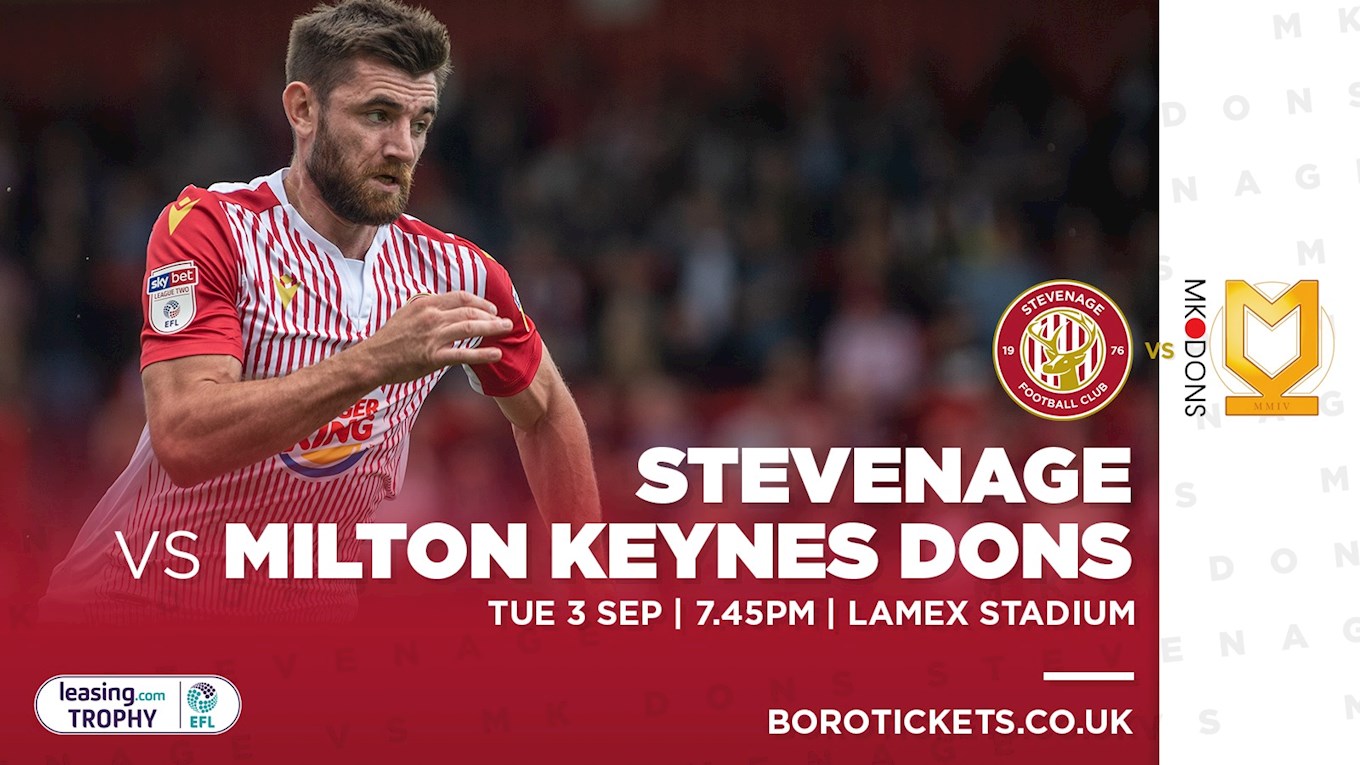