After a quiet November with only two league games and two draws, a return home on Saturday versus Crawley Town is the perfect opportunity add another three points to this season’s tally.

A midweek win in the Leasing.com Trophy at Colchester United on Tuesday night got Stevenage’s December off to an ideal start, thanks to a Jason Cowley double. 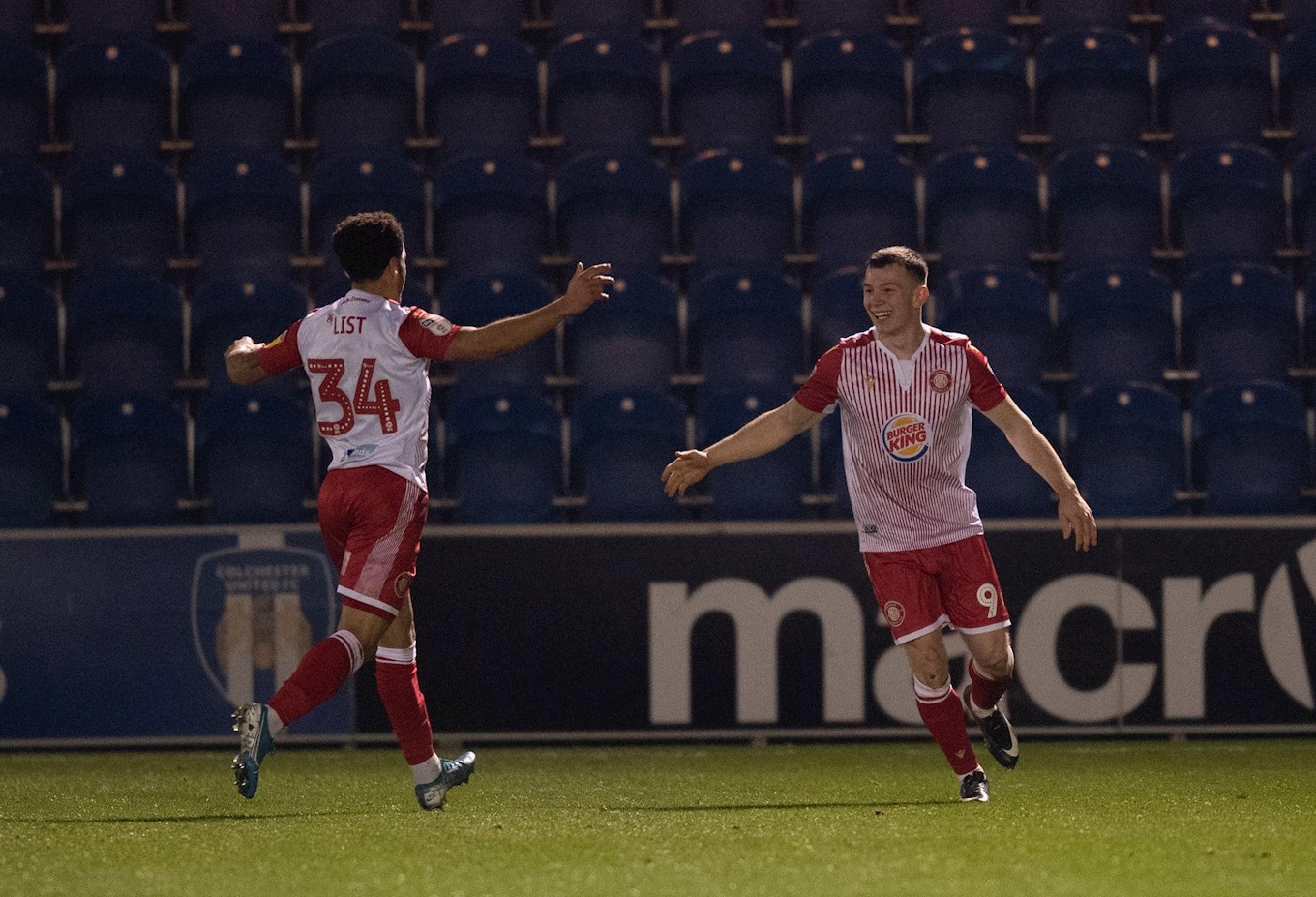 Since taking the reins in September, Mark Sampson’s Stevenage have a home league record of two wins, two defeats and one draw. Successes over Morecambe and Grimsby have help move The Boro off the foot of the table on goal difference, with a game in-hand.

Scott Cuthbert is in contention to return to the starting line-up after picking up a leg injury at Walsall a fortnight ago, whilst Dean Parrett and Tyler Denton are touch-and-go to be back in the squad. Both Kelland Watts and Kurtis Guthrie are likely to remained sidelined.

After crashing out of the FA Cup at the Second Round stage to Joey Barton’s Fleetwood Town, Gabriele Cioffi departed from his role as Crawley Town Head Coach. A run of just one win in eleven league games sees The Red Devils floating above the relegation zone, with Stevenage hunting them down optimistically. 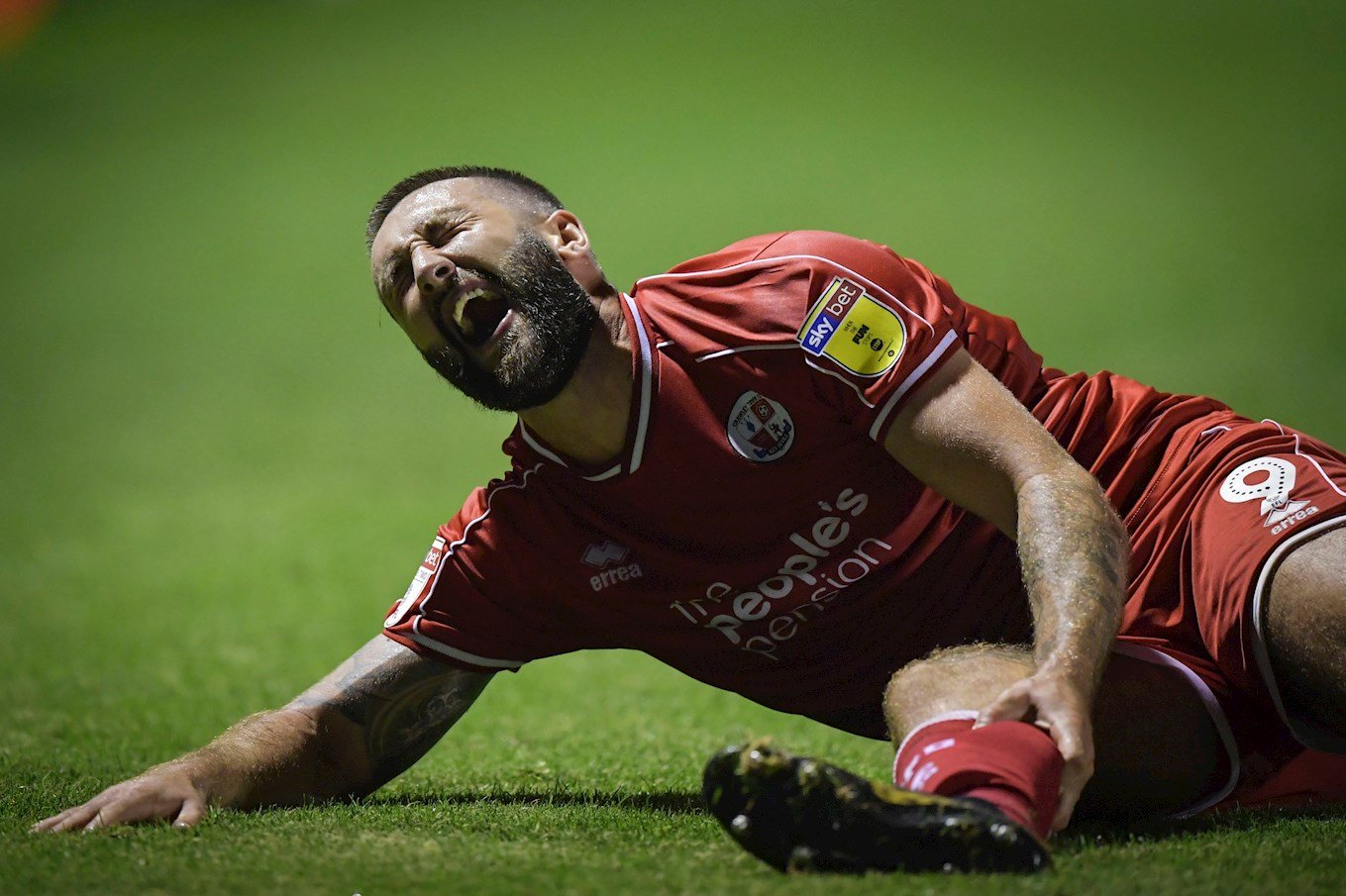 After five games at The People’s Pension Stadium in a row, newly-appointed Head Coach John Yems will hope for a turn of fortunes on the road. On a contract until the end of the season, ex-Stevenage midfielder Dannie Bulman joins Yems in the dugout as assistant coach, while remaining part of the playing squad.

Since signing on a permanent deal from Birmingham City in the summer, Bez Lubala has been Crawley Town’s star man, scoring 9 goals in 23 league games.

After scoring in five of The Red Devils’ first six games, including the winner against Premier League Norwich in the Carabao Cup, Lubala has added four more goals to his season tally, putting him as Crawley Town top scorer.

Strikers Reece Grego-Cox and Ollie Palmer add extra firepower to the frontline of Saturday’s opposition, who have both contributed five goals each this campaign.

A win would be much-welcomed for either of Saturday’s teams, with Crawley not having won since the start of October, and Stevenage joint-bottom of League Two, however undefeated in three league games.

Stevenage’s home record has improved since Mark Sampson took charge earlier in the season, having won the last two leagues games played at The Lamex Stadium, as well as taking League One Peterborough United to a replay in the FA Cup. In total, Boro have only lost two their last 11 games.

John Yems will look to guide Crawley Town to their first away win in all competitions since August, and their first points on the road since October.

Stevenage boast an encouraging win record over Crawley Town in all competitions, having played them 27 times since the two teams’ first fixture in 1988.

Last season, Stevenage won both games in the league. A 3-1 win in West Sussex in August of last year thanks to Alex Reid and an Alex Revell double, as well as a 2-1 win at The Lamex with two James Ball first half goals.

Crawley Town’s last win at The Lamex Stadium came in February 2016, in Darren Sarll’s first game as First Team Coach, with Matt Harrold bagging the winner for the visitors that day.

Stevenage are 6/5 favourites with league sponsors Sky Bet, whilst Stevenage to win and BTTS has been PRICE BOOSTED from 7/2 to 9/2!

Neither team could quite conjure up any real, clean cut chances with Stevenage enjoying the lions share of posession throughout the contest, to little effect in the final third.

Stevenage started off the more positive of the two teams with the width from wing-backs Denton and List causing problems with their overlapping runs  behind the Crawley defence.

Cowley almost made it a dream start inside the first five minutes after coming close to latching onto a misplaced pass inside the penalty box, which was swept up by Crawley’s keeper Morris just in-time.

The Boro defence limited the Reds to very few chances throughout the first-half as Nadesan raced through on goal from the right wing on the half-hour mark, but couldn’t get a clean connection on his shot and was easily saved by Paul Farman.

In response, Cowley had Boro’s best chance of the half minutes later. After breaking into the box from the left hand side, the striker almost saw his effort bend inside the right hand corner, only to see Morris palm his strike away to leave both sides level going into the break.

Stevenage started off the second half in the same way as the first, with the majority of possession, looking to find a way through a resolue Reds defence.

Denton and List were continuing to find joy down the flanks, as they looked to try and get crosses into the box, but with chances few and far between, Sampson made his first change, bringing on top goalscorer Kurtis Guthrie on the hour mark.

Crawley’s own top marksman, Bez Lubala almost broke the deadlock moments later, when he successfully rounded Farman after being played through on goal, but thankfully for the home fans, the forward lost his balance as his shot went wide of the post.

Parrett and Carter came on during the closing stages, but aside from a Lakin shot from the edge of the box that sailed over the crossbar, Stevenage failed to build up a head of steam as the game ended a goalless draw for the third league match in a row.

After an extended break, Stevenage FC is back at The Lamex Stadium on Saturday 6th December 2019 to face Crawley Town in Sky Bet League Two...

Home form has turned around recently with the team unbeaten in five on Broadhall Way, including two wins on the spin in the league.

With the need for points as apparent as ever though, Cuthbert and company will need all the support they can get as Stevenage aim to move away from the Sky Bet League Two danger zone.