You'll enjoy this one...

Goals from Elliott List, Jake Cassidy, Charlie Carter and Charlie Lakin earned Stevenage an unforgettable win at Abbey Stadium, to take Boro off the bottom of the Football League.

Graham Westley made three changes to the team that drew 0-0 with Oldham in the week, with the two new-signings, Jake Cassidy and Diaguely Dabo making their first appearance for Stevenage since signing in the week.

Dean Parrett also returned to the fold, in place of Charlie Carter. Kurtis Guthrie and Michael Timlin were the other two players moved to the bench.

After signing on Friday afternoon, Diaguely Dabo had just the one training session with his new teammates before being thrown in at the deep end at Abbey Stadium. The midfielder, who played in the holding midfield well, started with composure and assurance in front of the back four, and looked comfortable moving the ball forward.

The first chance of the game went to the hosts, when Kyle Knoyle evaded the challenge of his marker to put an enticing cross into the Stevenage box, only for Harvey Knibbs to header over from close range.

Stevenage then had their own chance to gain an early lead, when a driving Luther James-Wildin made his way to the byline with the ball, before cutting back to the space where Elliott List was lurking on the edge of the box. The Cambridge defenders anticipated the pass and cleared the ball just in time.

As time went on, both sides grew in confidence when in possession of the ball, and looked as likely as each other to open the scoring.

Cambridge United’s Kyle Knoyle picked up the first yellow card of the game, taking out the speedy Elliott List on the halfway line, as the forward looked to run through on goal. Some may argue a red card, but due to Knoyle being last man so far from goal, the referee made the right decision in brandishing the warning.

Then, with ten minutes to go until the break, Stevenage were ahead. Dean Parrett’s lofted pass towards the Cambridge looked a lost cause, but Elliott List had other ideas. After taking the ball down inch perfectly, List beat a man or two before placing the ball past Mitov and into the far corner. Somewhat deservedly, Graham Westley’s men went in one up at the break.

As the second half started, Cambridge looked reinvigorated coming out of the tunnel. Within minutes of the restart, Ben Nugent was forced to clear the ball off the line after a George Taft back post header looked to be certain for the back of the net.

It was almost Elliott List again to double the lead for Stevenage, after latching onto a Charlie Lakin through ball and rounding Dimitar Mitov on the edge of his box. The goalkeeper did well to recover however, swiping the ball from the feet of List before a shot could be taken. A golden opportunity for Stevenage, but did not matter minutes later.

Debutante Jake Cassidy took only sixty minutes in the red and white of Stevenage Football Club to etch his name into the hearts of the Boro faithful. It was Diaguely Dabo who won the ball in the middle of the park, as he did throughout the game, to regain possession for Stevenage in an advanced position. The Frenchman played it across to Charlie Lakin before setting the ball to Joe Leesley, before Jake Cassidy rose like a salmon to get on the end of the cross and head Stevenage into a two goal advantage.

As the game progressed towards the closing few moments, Stevenage were in control of the game and kept Cambridge at bay with a solid defensive performance. Jake Cassidy and Joe Leesley both had half chances for Stevenage, while The U’s were reduced to crosses and set pieces as the only opportunity to get the ball in Paul Farman’s area.

Charlie Carter and Ben Kennedy were introduced to inject more energy into the Stevenage midfield, and it was the former who made it three. The number seven found himself in a vat of space on the edge of the Cambridge box, and took the ball forward, before placing the ball past Mitov with ease in the last minute of the ninety. Three goals to the good, Stevenage fans took breath with relief, as it looked like a hard-earned three points were making their way back to Broadhall Way.

Goals have been an issue this season, but even with a miraculous three goal lead, Stevenage smelt blood for more. Five minutes deep into added time,  Charlie Lakin put the cherry on the icing of the cake. A goal well deserved for the ever present youngster under Graham Wesltey, Lakin slotted the ball left footed into the net and sent the away end into hysterics.

A game that will live in the memory of Stevenage fans forever, this could just be the turning point in an underwhelming season. Up to second bottom in League Two - it seems the only way is up from here. 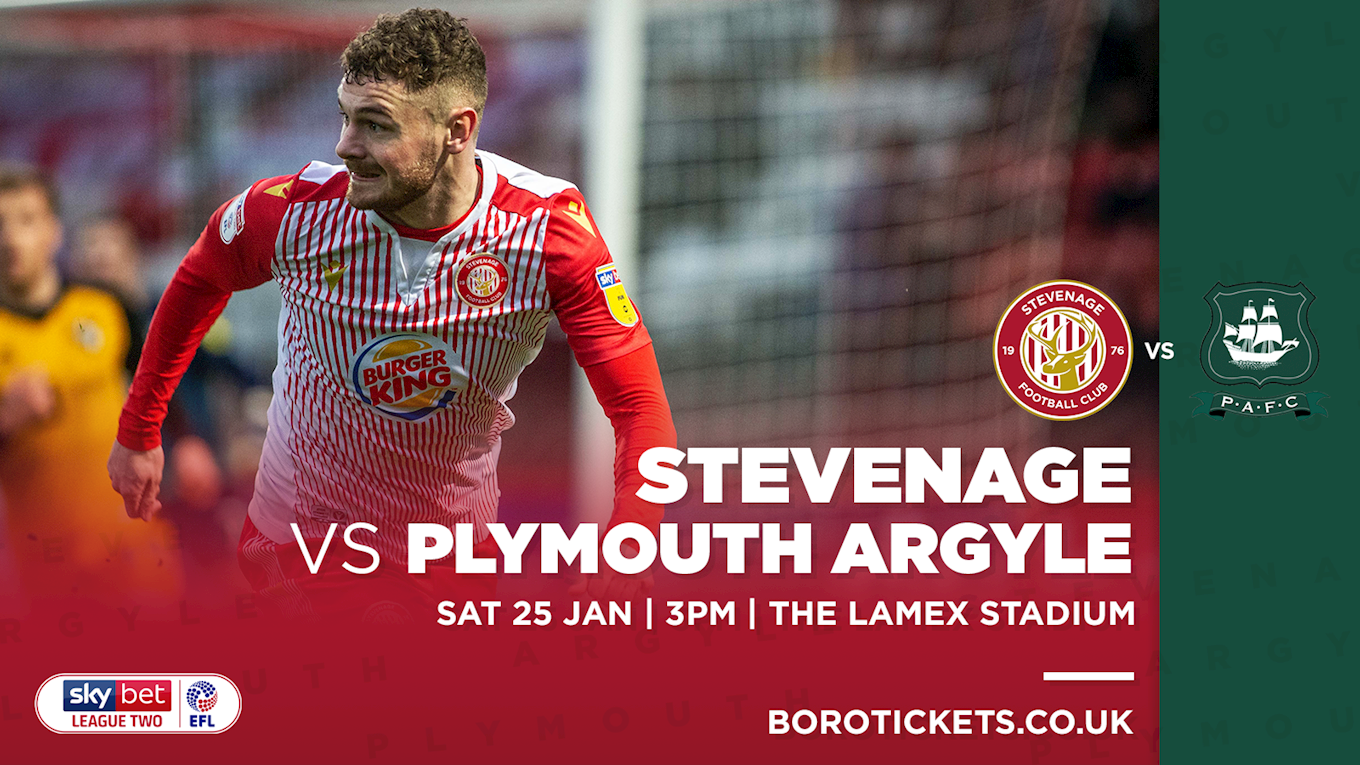 Tickets are now available to purchase from the Cambridge United Ticket Office or Turnstiles on the day of the game at the following prices:

The Stevenage FC Supporters Association coach will be departing The Lamex Stadium at 1pm, so please arrive with time to spare in order to confirm a scheduled departure. Tickets cost £10 for both SA members non-members.

If you can't make it to today's match, UK based supporters can listen to LIVE commentary courtesy of either a iFollow Audio Season Pass (£45), a UK Monthly Audio Pass (£4.49 a month) or simply an Audio Match Pass (£2.50).

Overseas supporters can WATCH every Stevenage match during the 2019/20 season for the equivalent of £5 per match.

80% of the net revenue gained goes straight into the Club, so click here to choose your package and watch/listen to the Super Boro at Cambridge today. 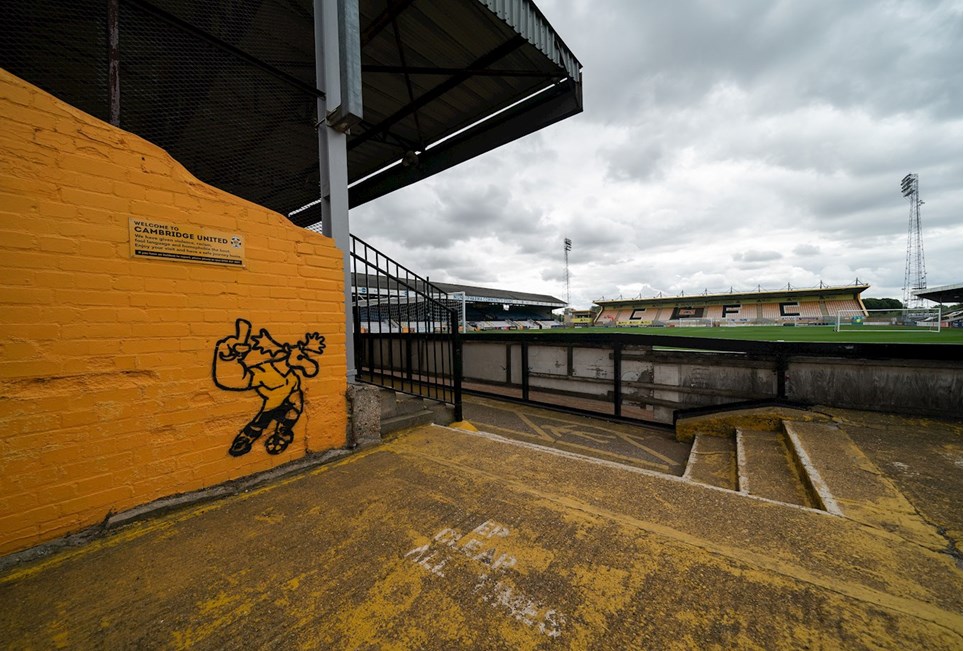