Stevenage exited the Leasing.com Trophy at the Quarter Final stages as a ruthless Exeter City claimed a 3-0 win at St James Park...

Two first half goals within five minutes meant that Boro had a mountain to climb, and when the home side scored early in the second half it was all but game over as Stevenage now turn all their attention to Sky Bet League Two.

Boro got off to a relatively bright start to proceedings with a Leesley cross that came close to connecting with Cassidy in the box and a Lakin shot from the edge of the box that was pushed wide for a corner showing good intent inside the opening 20 minutes.

Things unravelled quickly for Stevenage though as Exeter took the lead in the 25th minute after Taylor forced Farman into a fine save, only to see the rebound fall to Ajose who fired home for the hosts. Kennedy was promptly introduced into the action, taking the place of Leesley and just three minutes later it was 2-0. Matt Jay with the goal as his deflected effort left Farman little chance at the near-post.

Stevenage struggled to piece together their attacks throughout the rest of the half as they tried to get back into the contest. The high-flying Grecians looked composed on the ball and could have had another when the dangerous Randall curled wide from the edge of the box and in the end, Boro will have been looking forward to regrouping at the break as the half ended 2-0 to the home side.

After causing a six-yard box scramble with a wide free-kick to start the second half that could have halved the deficit, just two minutes later Exeter went down the other end and got their third. A fine backheel assist from Ajose released Jay through on goal, who got his second of the game after finishing low past Farman.

Jackson made his debut on 55 minutes, coming on for List before Nugent made way for Carter soon after. Jackson had a great chance to score on his debut with 62 minutes gone after Cassidy played in a perfect pass for the forward to attack, but his volley was simple enough for Ward to deal with. An offside header soon followed but it was a lively start from the former Norwich man.

Exeter had a goal disallowed on 69 minutes after a terrific Randall cross found Seymour at the back-post, only to see his close range header ruled out for offside.

Stevenage battled their way throughout the rest of the match but were unable to really cause the Grecians much cause for concern. Jackson set up a late Carter header as he twisted and turned inside the area before standing the ball up at the back-post, only to see the effort sail into the arms of Ward. In the end, the contest petered out somewhat with the result in no doubt, to send the hosts through to the Semi-Finals.

Next up for Stevenage is a Leasing.com Trophy Quarter Final tie at Exeter City...

With a trip to Wembley just two wins away, Graham Westley's side travel to St James' Park on Tuesday 21st January 2020 for a 7pm kick-off. Ticket prices are as follows:

Please note, tickets are available on the day from the St James' Park Ticket Office and Turnstiles only.

The Supporters Association Coach will NOT be running for this fixture. Directions to St James' Park can be found below:

Please note that there is no on-site parking for supporters at St James Park on matchdays. There may be very limited residential parking available locally - please click here to view a map of car parks local to St James’ Park. 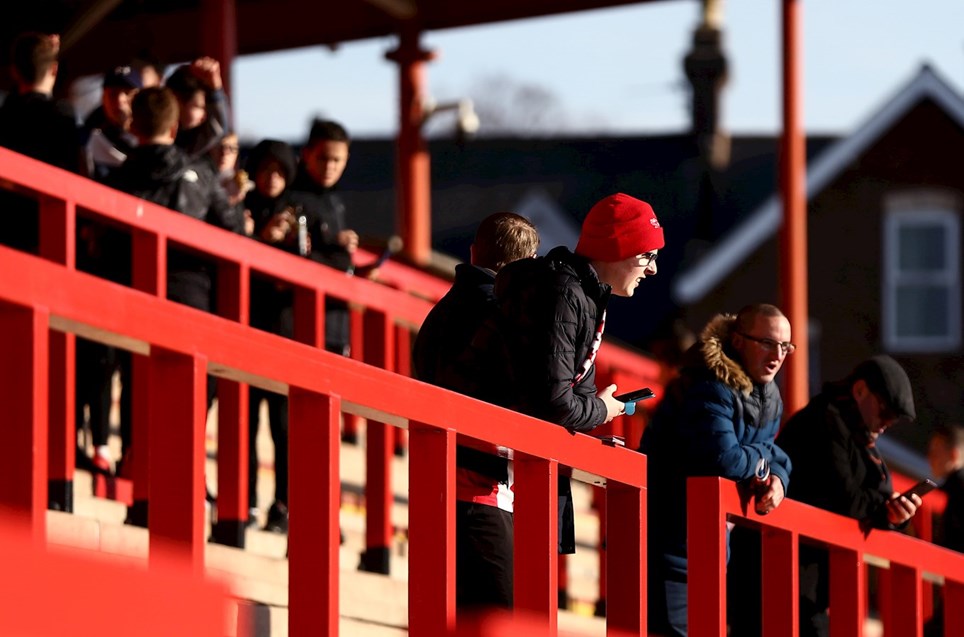