Stevenage travel to Colchester United on Saturday 5th October 2019 for a 3pm kick-off...

Tickets are now available at the following Matchday prices from the JobServe Community Stadium on the day of the game:

The Stevenage FC Supporters Association coach will be departing The Lamex Stadium at midday on the day of the game, so please arrive with time to spare in order to ensure an on-time departure.

It's back-to-back draws for Boro against tough opposition as a 0-0 draw away at Forest Green Rovers was followed up by a 1-1 draw at home to Cambridge United.

The underlying feeling is that more points should have been picked up, however, two positive performances in a row, backed up by points on the board show a level of progress from Sampson's side.

Still bottom of the division but just one point adrfit, Stevenage have all the motivation in the world ahead of tomorrow's big match.

As for Colchester, the U's are in a rich vein of form having only lost once in their last 11 matches including a League Cup giantkilling against Tottenham Hotspur.

For a more detailed look at Saturday's opponents, please click here for a View from the Press Box.

Caretaker boss Mark Sampson says he and his team are confident in their abilities ahead of tomorrow's match.

“It is now about executing on Saturday. Colchester are an excellent side, there is no denying that. I was at the game where they turned Tottenham over in the Cup so they have obviously got the confident boost of that. They are very well organised and a nice balance of youth, experience, pace and power, so we will certainly need to be at our very best to get a result on Saturday, but we feel ready for that performance.

Apologies, this video is unvailable.

“We are going to go there confident, with a plan and making sure we are ready to execute it. If we get that right, we will get the three points which is what we really need."

Meanwhile, Colchester boss John McGreal says he is not paying any attention to the league table ahead of tomorrow's meeting.

"They are full of experienced players and I'm not underestimating them at all.

"Us and Exeter have been in their position at the beginning of seasons, and it only takes a couple of wins to really jump up the table. 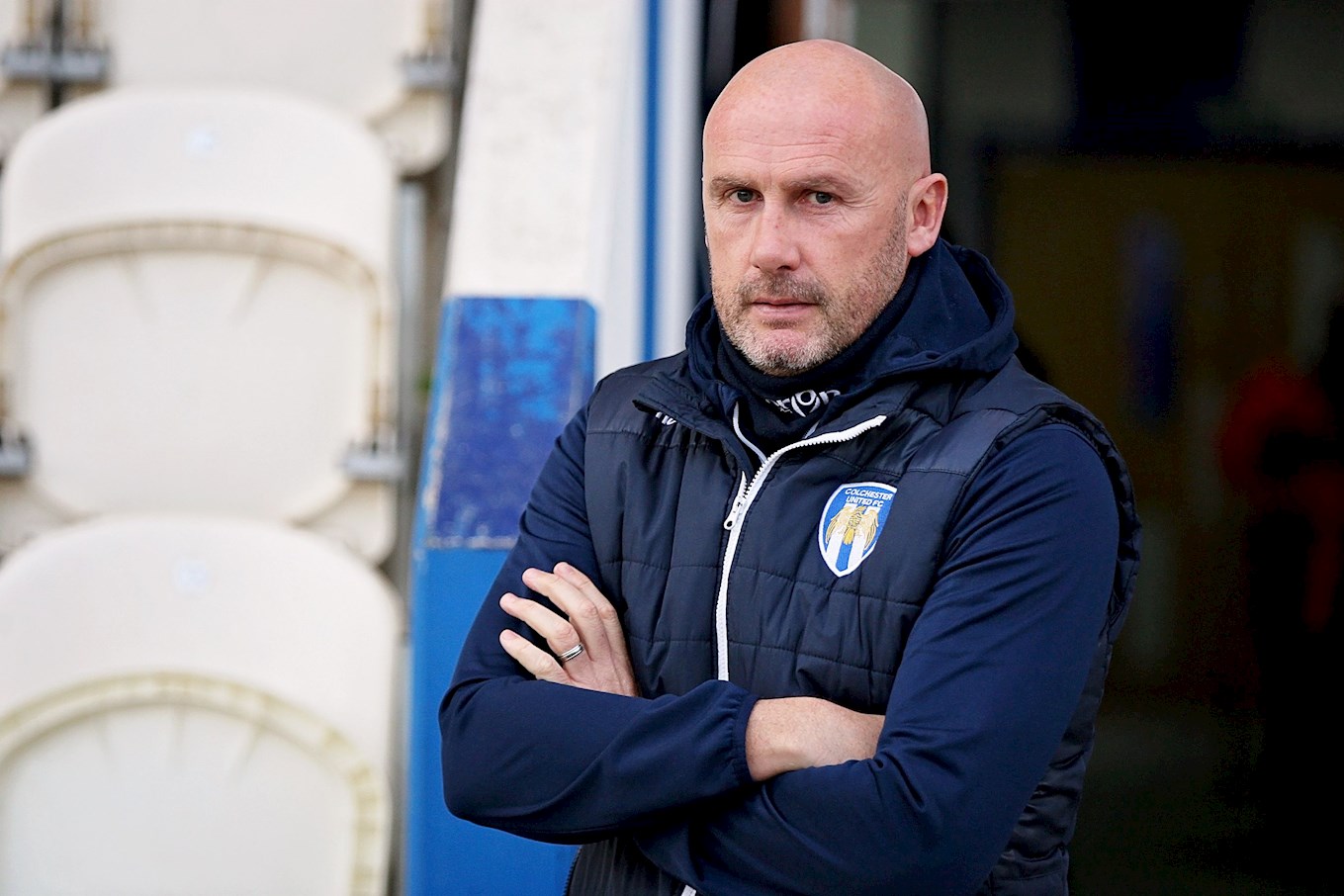 "They certainly have the quality in their squad to do exactly that, but we don't want it to be this weekend.

"We've had a really productive week in training, the lads are ready to go again, and we want to continue our good recent run of results.

"Fourteen points from seven matches, after our own poor start, is a great return but we've got to keep that going."

Stevenage have a below-par record against Colchester United with the Essex coming out on top in seven of 12 meetings. Boro have three wins to their name, two of which came last season as the double was completed over the U's.

After a 3-1 home win in October, Stevenage earned a hard-fought victory at the JobServe Community Stadium on Boxing Day as goals from Ben Nugent and Danny Newton helped make it a Christmas to remember for the travelling Boro fans.

Stevenage are 16/5 underdogs with league sponsors, Sky Bet whilst Stevenage to win and BTTS has been PRICE BOOSTED from 17/2 to 11/1. If you fancy a flutter this weekend, use our designated link which enables the club to receive a slice of your stake!

Make sure you are following our Twitter account throughout the day as we bring you the very latest from The JobServe Community Stadium.

Jason Cowley’s first half opener was cancelled out in the early moments of the second half, before two goals in the last ten minutes earnt Colchester all three points.

Mark Sampson named three changes in his starting eleven to the team who drew with Cambridge United a week ago. Luther James-Wildin was forced to miss out due to the injury he sustained in that game, and was replaced by Kelland Watts at right back.

Tom Soares and Ben Kennedy both also returned to the line-up, taking the place of Noor Husin and Elliott List respectively.

Stevenage started the game as the side who looked the most likely to open the scoring. Mark Sampson’s side were pressing high up the pitch, forcing errors from the Colchester back four and pouncing. Jason Cowley led the line from the front, with Kurtis Guthrie and Ben Kennedy playing just behind, in front of Carter, Timlin and Soares.

As Colchester grew into the game, Stevenage were forced back into their own half, creating the chance to sting the hosts on the counter. With the pace of Cowley and co., Colchester’s back four could never settle on the ball nor play out from the back.

On 17 minutes, Stevenage’s positive game plan paid off, when Jason Cowley found the back of the net from outside the box. After picking the ball up 20 yards from goal, the striker spun and aimed to curl his effort into Gerken’s far post. Granted, the ball took a huge deflection and rolled into the opposite side of the goal, but Stevenage had the important first goal.

Chants of ‘Jason Cowley baby’ were heard from the 261 faithful Stevenage fans making all the noise in the Jobserve Community Stadium.

As expected, the home team upped the ante after the goal, and piled on the pressure on Paul Farman’s goal. Two chances for Theo Robinson followed, but could not trouble the Stevenage goalkeeper on either occasion.

Paul Farman was then called into action just a few minutes later, denying what looked a certain Frank Nouble goal from point blank, and then another stop to keep out Stevenage-born Luke Norris a minute later.

Colchester continued to pepper the home end, but it was Stevenage who took the lead into the break.

Three minutes into the restart, the hosts were level. The home side carried on where they left off, with the majority of possession high up the pitch. A wicked Theo Robinson found an unmarked Tom Eastman at the back post, who made no mistake from a yard out.

In the midst of the equaliser, Tom Soares stayed down with a knock and was replaced by the returning Emmanuel Sonupe minutes later.

The substitute came straight into the action, as Mark Sampson adopted a 4-4-2 formation with Sonupe and Carter on the wings. Floating between the lines of defence and midfield, Sonupe’s pace and ability to beat a man were concerns for the Colchester back line.

Just past the hour mark, goal-scorer Jason Cowley was replaced by veteran Craig Mackail-Smith to a standing ovation from the Stevenage fans.

The next big chance of the game came from the likely source, Luke Norris. After winning a free-kick on the edge of the Stevenage box, Norris took aim at goal with a low, driven effort. Luckily, the ball rattled the post, and fell to Scott Cuthbert to clear.

Colchester continued to push for a goal to put them in front, as did Stevenage. Chris Stokes found himself inside the opposition box for the first time all day, and tried his luck with an audacious half volley. The left-back scuffed his effort as it fell kindly to the Colchester goalkeeper.

Five minutes later, Theo Robinson was next to try and put his team in front. After cutting in onto his right foot, the striker curled his effort towards the far post, but the ball fell just wide.

It would take a penalty to put the home team in front. Frank Nouble sprinted through into the box, as Paul Farman clipped the striker down after missing the interception. Nouble made no mistake from the spot and blasted the ball into the net.

Less than a minute later, Colchester were as good as out of sight. Nouble turned provider this time, squaring the ball across the six-yard box for Poku to tap in. Two goals in two minutes late into the game earnt Colchester all three points. 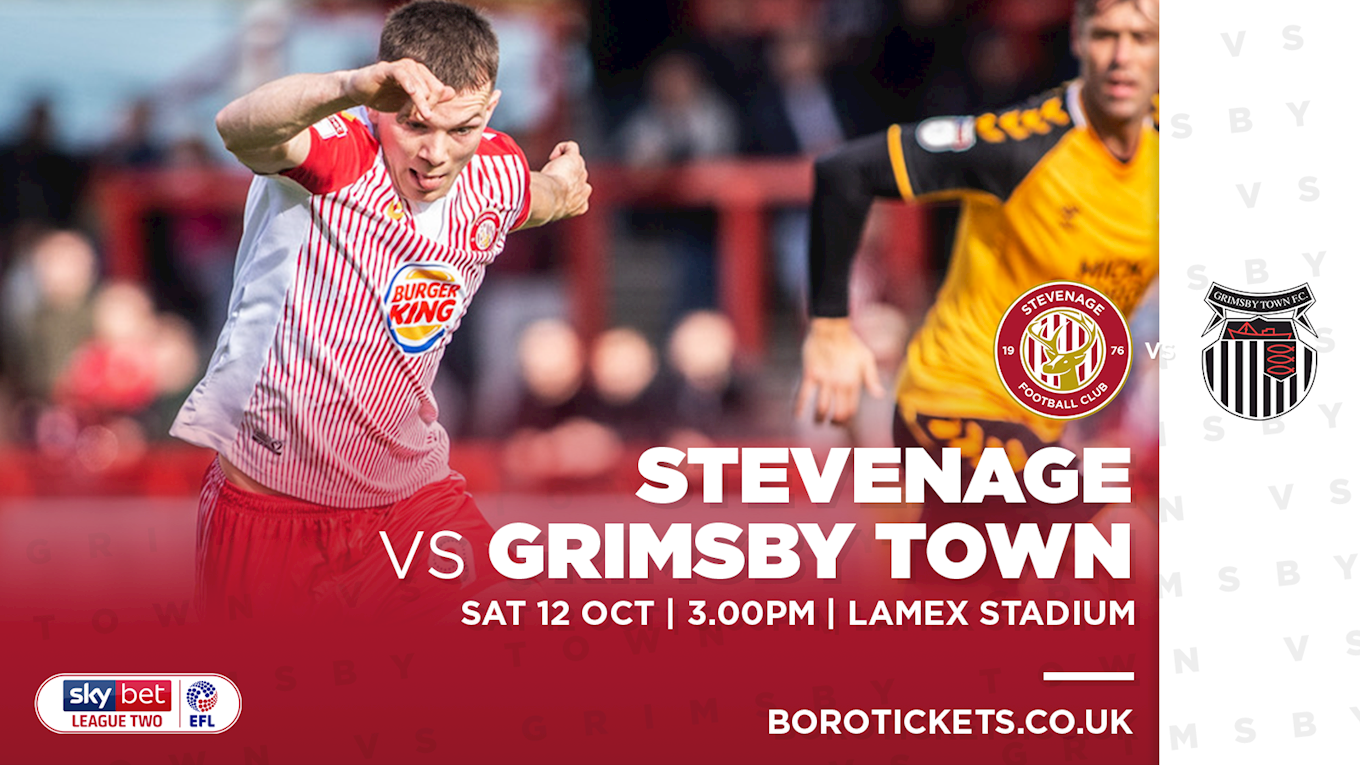 Next up for Stevenage FC is the 90 minute trip to Colchester United on Saturday 5th October for a 3pm kick-off at the JobServe Community Stadium...

Tickets are available to purchase in-advance from the Club Shop (Open Tues 10am-5pm, Thurs 10am-7pm, 10am-5pm), borotickets.co.uk or from the Colchester United Ticket Office on the day of the game.

Save money on the price of your tickets by buying yours by 4pm on Friday 4th October 2019. Prices can be found below:

The Stevenage FC Supporters Association coach will be departing The Lamex Stadium at midday on the day of the game, so please ensure to arrive with time to spare in order to confirm a scheduled departure. Tickets cost £15 for SA members and £20 for non-members. 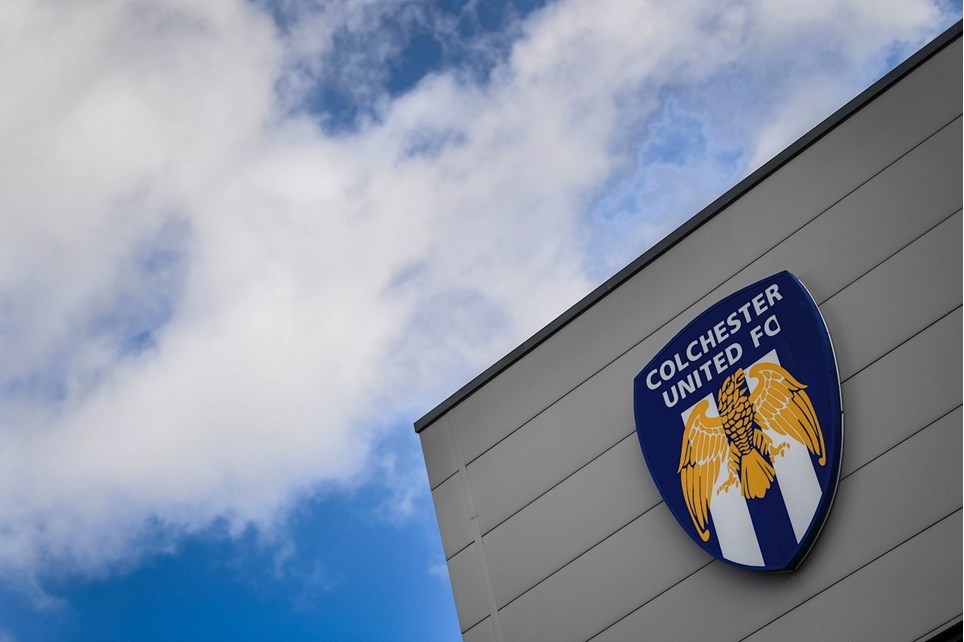 
Tickets for Stevenage's away trip to Colchester United are on sale now and cheaper if bought in-advance...