For information on tickets, parking, opening times, and everything else, please take a read of our What’s On guide.

After falling to a disappointing 3-0 home defeat to MK Dons on Matchday 1 of the Leasing.com Trophy, a much-needed first win of the season came at Wycombe for Mark Sampson’s men, with Jason Cowley bagging the only goal of the game.

The victory at Adams Park and Fulham’s defeat to MK earlier this month has allowed Stevenage hope in qualifying from the group stage of the competition for the first time in their history. 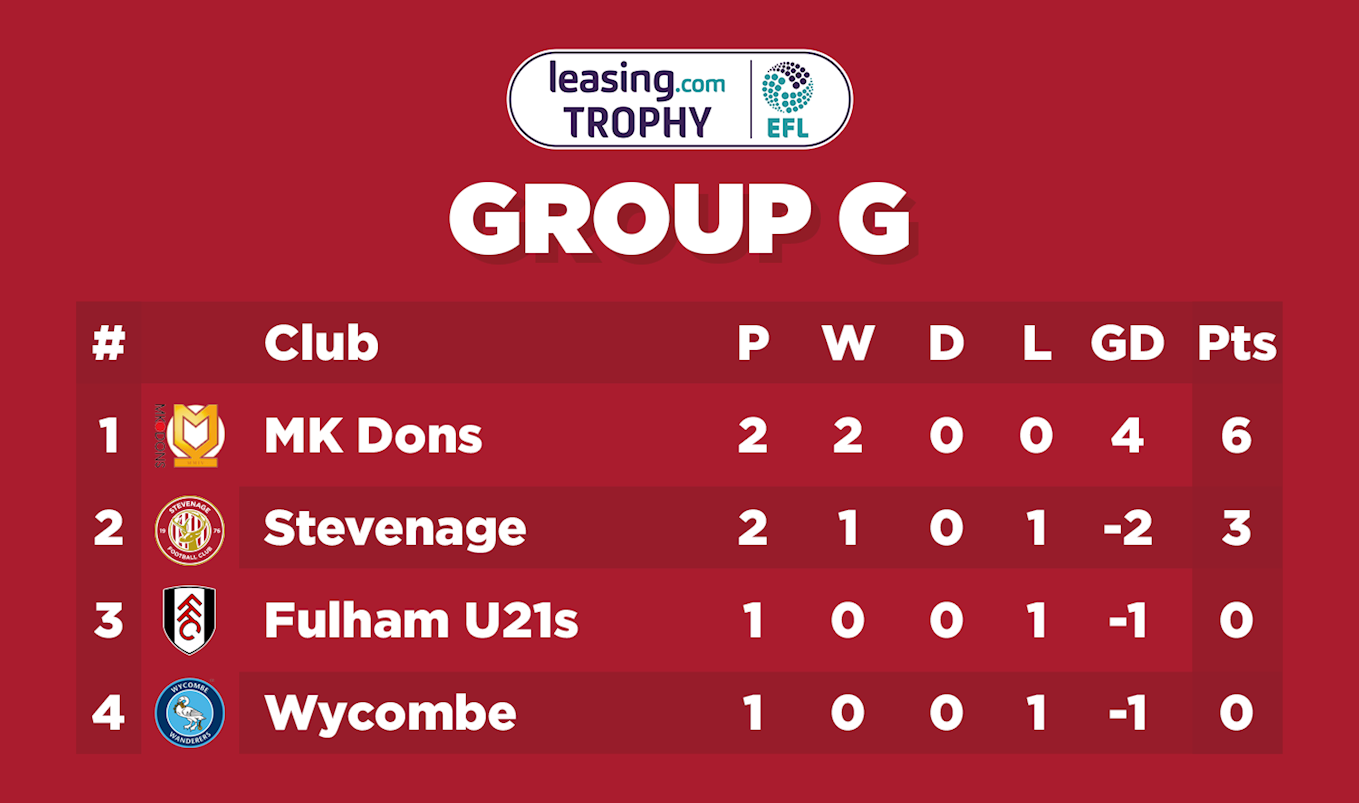 Two home wins on the spin in League Two versus Grimsby Town and Morecambe have seen Boro move off the bottom of the table, and with their home form improving, will look to carry on climbing away from the relegation zone.

Success over the young Cottagers will go a long way to qualifying Stevenage into the next round, with pointless Wycombe Wanders left with two games to play. Gareth Ainsworth’s side will have to win games at home to Fulham and away to MK Dons, as well as better Boro’s goal difference, in order to deny Mark Sampson’s Stevenage qualification.

A defeat for Fulham U21s would see them knocked out of the competition after just two games.

After Saturday’s win against Morecambe, Mark Sampson looks ahead to potential qualification on Tuesday night, but insists his players’ attitude, mentality and fitness will play a key part in deciding the result.

“We can qualify. We know if we win on Tuesday, it puts ourselves a few more games closer to Wembley. We will certainly be going in with a mindset of trying to win Tuesday.”

Tomorrow’s opponents Fulham are sure to provide a tricky test for Stevenage. The South West London youngsters put in a performance to be proud of in Matchday One away at Milton Keynes Dons, losing by just one goal to nil.

With Football League stalwarts like Kieran Agard, Russell Martin and Hiram Boateng starting for The Dons, Fulham put in an encouraging performance and were unlucky to come away empty-handed.

The Cottagers Academy side were awarded Category One status in 2012, and currently ply their trade in the second division of the Premier League 2.

Fulham’s most recent PL2 outing was a resounding 4-0 home win versus Sunderland. Goals from Ben Davis and Luca De La Torre either side of a Fabio Carvalho double moved them up to three points from the play-off places. 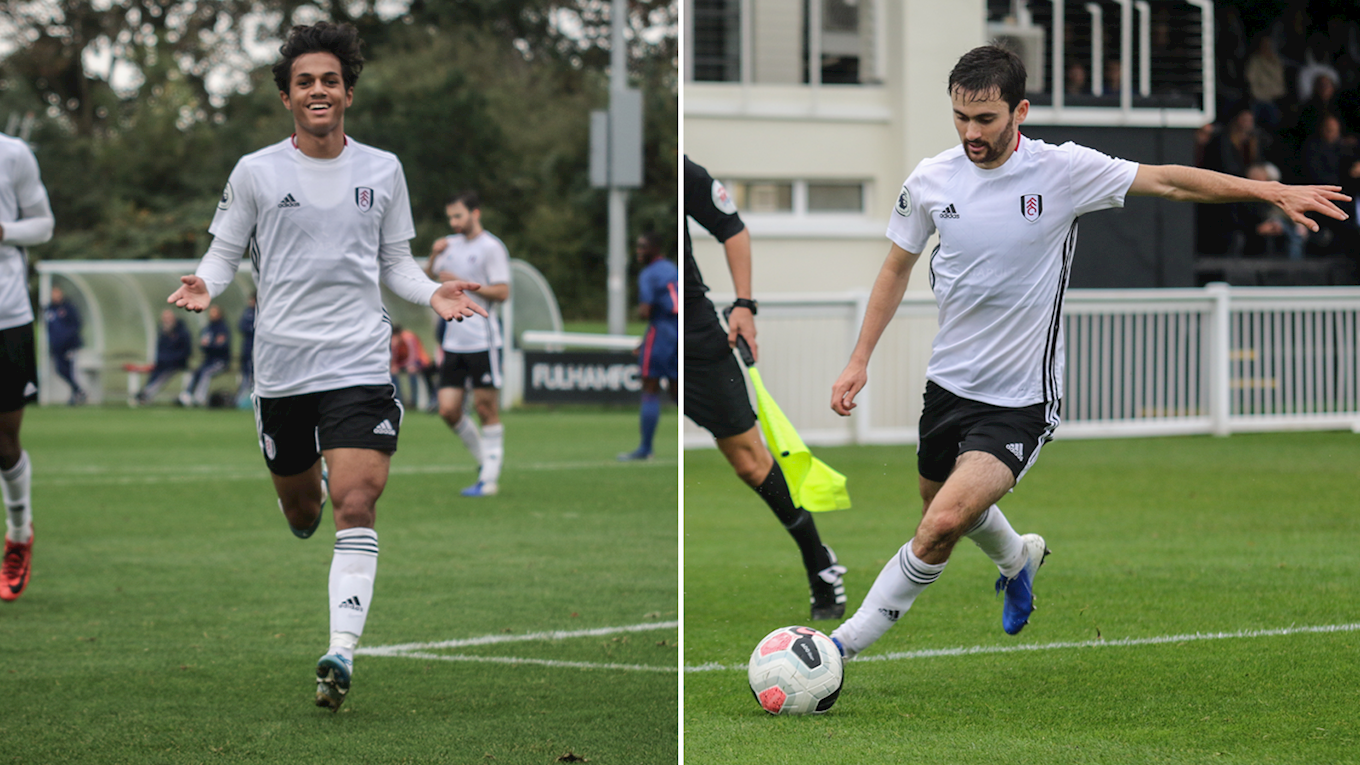 Fulham boast an impressive array of Academy Graduates in recent years, with the likes of Tottenham’s Ryan Sessegnon, Olympique Lyon’s Moussa Dembele and AS Roma’s Chris Smalling coming through the youth set up.Not many names pop to mind when thinking of Stevenage players who have played for both sides, other than Barry Hayles who played 175 times for Fulham after leaving Stevenage, with a spell at Bristol Rovers in between. Hayles spent six seasons at Fulham, three of which in the Premier League, before working his way back down the leagues to current employers Merstham FC. 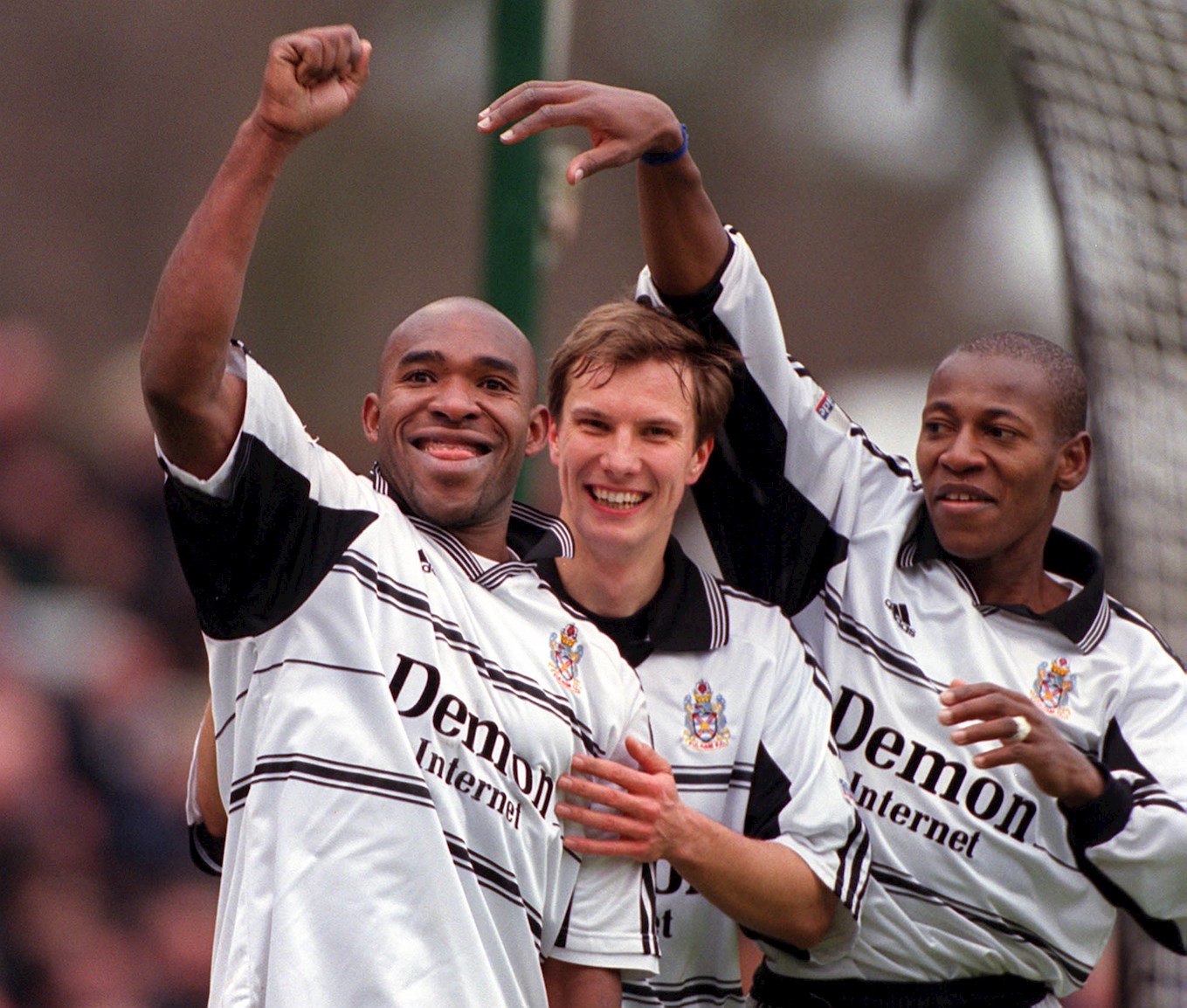 Michael Timlin can also be added to the remarkable list of Fulham Academy graduates, earning a handful of cup appearances and loan moves between 2004 and 2007, moving onto Swindon Town in permanently in 2008.

Stevenage are 11/10 favourites to win with league sponsors Sky Bet, while Fulham U21s are 19/10 to cause an upset. If you do fancy a flutter tomorrow night, use our designated link which enables the club to receive a slice of your stake!

Stevenage fans will be able to stream the game LIVE from the comfort of their own home, buy purchasing a Video Match Pass for just £10. 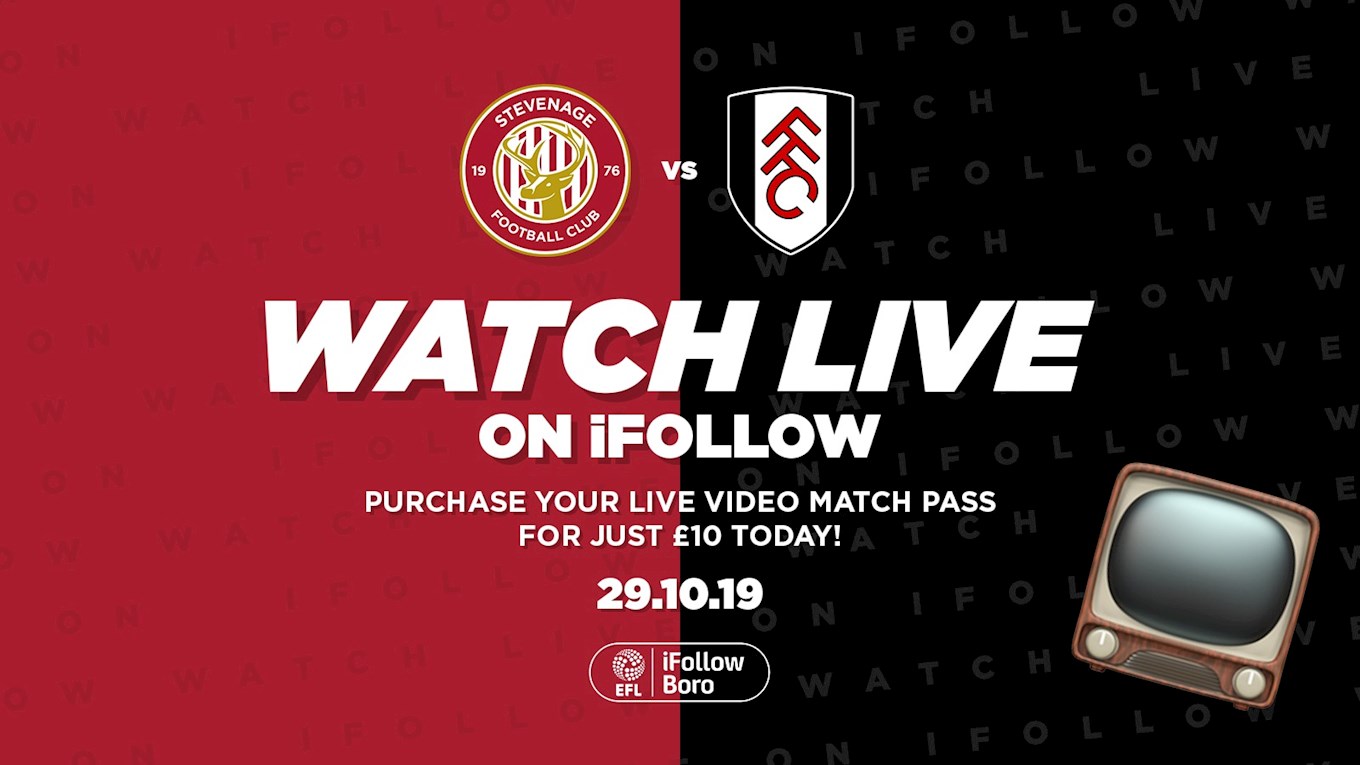 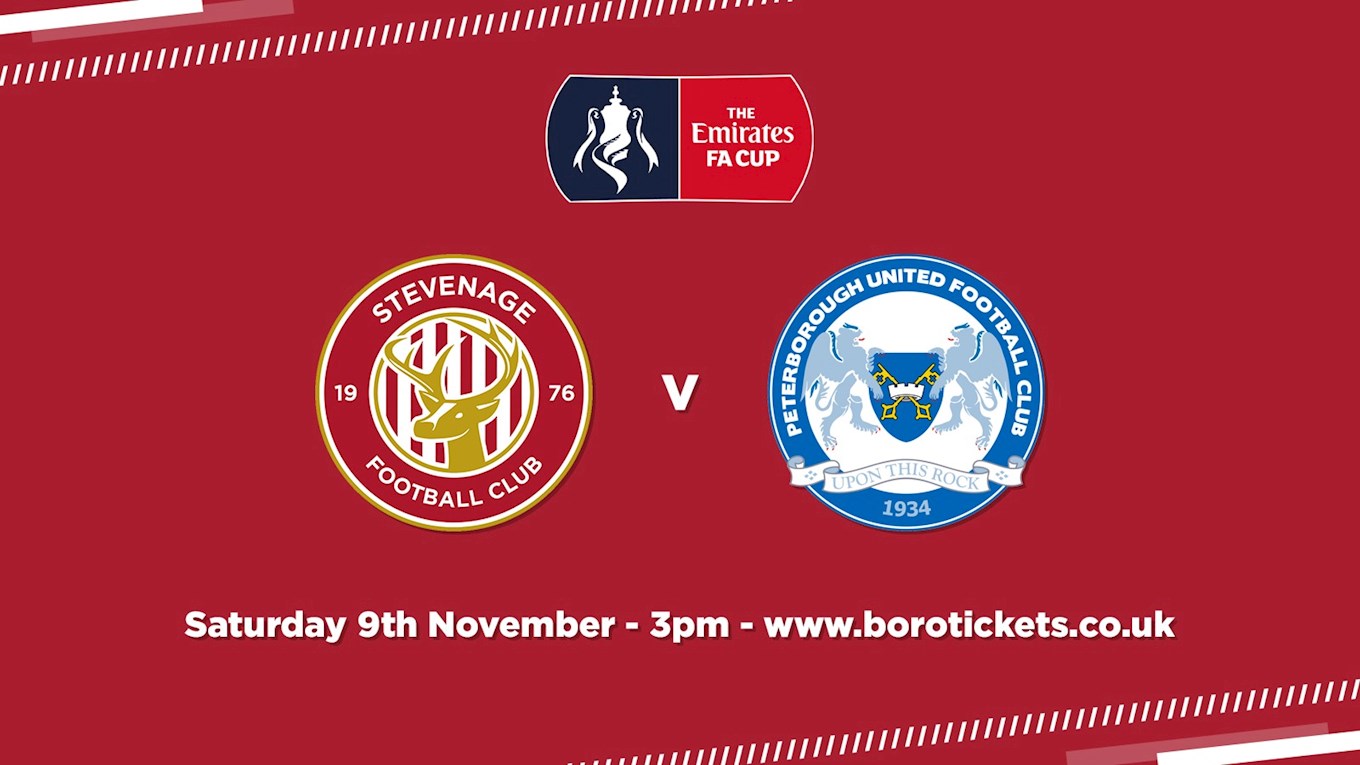 With Halloween a few days away, Stevenage survived a fright against Fulham U21s with a penalty shootout victory over Fulham to wrap up their Leasing.com Trophy Group Stage campaign...

Charlie Carter’s first half header looked to set Boro on their way to a comfortable victory over what appeared to be an overmatched Fulham side, but a strong second half from the visitors had Stevenage on the backfoot throughout. Just when it looked like Sampson’s side had got away with it, Timmy Abraham headed home from close range to send the tie through to penalties.

After being one of the heroes on Saturday in his first league game, Bastien was once again Stevenage’s main man as he played a spectacular second half before saving a crucial Whites penalty to add a further 2 points to Boro’s Leasing.com tally, taking it to 5. Wycombe Wanderers will need to win both their remaining games in the group to deny Boro qualification.

Mark Sampson named seven changes from the side that beat Morecambe on Saturday as Sacha Bastien, Dean Parrett, Kelland Watts and Tyler Denton were the only players to keep their place, with Charlie Carter, Joel Byrom, Emmanuel Sonupe, Noor Husin, Arthur Iontton, Craig Mackail-Smith and Michael Timlin coming into the side.

During the Stevenage enjoyed the majority of possession and territory against a young Fulham team. It took until 18 minutes though for the first shot on goal to be registered, as Michael Timlin struck Mackail-Smith’s lay-off over the bar.

There was a scare two minutes later, as Carvalho broke through the Boro defence before feinting inside and sending Bastien the wrong way. Thankfully for the Stevenage fans in the stands, the goal was ruled offside.

Another two minutes later, Mackail-Smith was next to try his luck as he fired over the bar from the edge of the box but on 34 minutes, Charlie Carter made it count as he headed home from Joel Byrom’s free-kick to put Stevenage ahead.

Parrett should have doubled Boro’s advantage shortly after, when he was played in on goal after a deft lobbed pass put him one-on-one with the goalkeeper, but his rash effort flew high into the South Stand seats.

At half-time, Parrett was replaced by Cowley and 10 minutes later, Rollinson came on for Carter.

The second half was far from a stroll as Fulham had the better of the play by far. Bastien was forced into a number of superb stops as De La Torre, Hilton and Carvalho all had shots denied inside the opening 20 minutes of the half.

Kelland Watts had a goal of his own disallowed on 64 minutes and then with 15 minutes to go, he denied Taylor-Crossdale with a last-ditch block that appeared destined to level the scores. Stevenage’s final change saw Emmanuel Sonupe replaced by Jamie Fielding and there was a further scare on 81 minutes as Taylor-Crossdale was again denied by a goalline block, this time by Iontton who put his body on the line in the nick of time.

Then, in added time, Abraham headed in from close range to send the match to penalties, where goals from Mackail-Smith, Cowley, Byrom and Watts scored to give Stevenage a superb chance of making it through to the knockout stages of the competition.

Stevenage face Fulham U21s at the Lamex Stadium in the Leasing.com Trophy on Tuesday 29th October, kick-off at 7.45pm...

With three points from the first two group stage matches, victory against the young Whites could mean qualification to the knockout stages for Stevenage.

Tickets have been set at the following prices and are available now from borotickets.co.uk or the Club Shop.

Please note that only the West Stand will be open for this fixture, with both home and away supporters being accommodated within the stand. Away supporters will be seated in Rows A-K, Seats 155–216.

The trial operating procedure will form part of the Club’s plans to provide West Stand ticket holders with access to the new North Stand facilities for lower capacity matches such as pre-season friendlies, Leasing.com fixtures and Tottenham Hotspurs U23 matches.  As a result of this arrangement Season Ticket Holder seats will not be reserved for this fixture.

All home tickets (Paper or via Phone) must be ready to scan at the Digital Turnstiles upon entry and supporters can click here to order their tickets now and save time queuing at the Ticket Office.

Travelling Whites are requested to use the South Stand cash/card turnstiles for entry on the day of the game with no advance tickets available.