Penalty exit in the First Round...

It was a rare goal fest at The Lamex Stadium on a rainy Saturday afternoon, with Stevenage scoring three first half goals, only to be levelled by the League One side in the second. Penalty shootouts can be cruel, but three misses from the home side earnt Portsmouth a place in the Second Round.

A midfield three of Romain Vincelot, Elliott Osborne and Charlie Carter roamed the middle of the park, while Inih Effiong, Tyrone Marsh and Elliott List were the firepower up top.

After reaching the League One play-offs at the back end of last season, Portsmouth came into the game with the confidence of another good season. However, Stevenage had other ideas.

After a timid first ten minutes for both sides, Alex Revell’s men were the first to break the deadlock. Contrary to the way Stevenage had planned on playing, a long ball over the top played its part in the breakthrough. A missed header from Sean Raggett in the Portsmouth back four allowed Elliott List to latch onto the ball, before slotting calmly past Alex Bass. A shock to the system, but Stevenage were ahead.

Blink and you’ll miss it. Seconds after the restart, Stevenage managed to double their lead. Kenny Jackett’s men had not switched on after falling behind and after some questionable defending from the visitors, Charlie Carter nicked the ball inside the box and fired into the net. The two bright sparks of last season’s darkness had shone through into the start of the new campaign.

Amid the ringing of Mr Portsmouth’s cowbell from outside the ground, Portsmouth pulled a goal back. A star of last season’s play-off push, Ronan Curtis collected the ball on the edge of the Stevenage box before placing it into the far corner, away from Jamie Cumming’s reach.

The deficit was halved, but not for long. Inih Effiong’s sheer presence seemed to be enough to question the Pompey defence. Ben Coker’s corner was punched upwards by Alex Bass, before Effiong made the six yard box his own in the goalmouth scramble. A neat pass to Scott Cuthbert to stab home regained Stevenage’s two goal lead.

It was looking comfortable for the side who escaped relegation from the Football League just a matter of weeks ago, up until the second minute of first half stoppage time. Ben Coker was deemed to have handled inside the area with just seconds of the half left, and Gareth Evans duly converted from the spot.

Half-time came as did the rain on Broadhall Way.

From the restart, Charlie Carter’s effort from the edge of the box was dragged just wide of the post, before Luke Prosser took a tumble within the box, only for the referee to wave away protests.

They say a goal on the brink of half-time is the best time to score, and so it seemed to have a positive effect on Jackett’s men. John Marquis latched onto a through ball on the right side, and finished professionally into the top corner. The game was all square again.

As the game neared full-time, opportunities became few and far between.  Danny Newton tried his luck from 25 yards, only to see his shot straight into MacGillivray’s arms.

Inih Effiong had the opportunity to win it for Stevenage with a minute left, but after meeting Ben Coker’s deep free-kick with his head ten yards out, MacGillivray made an easy enough stop.

Full-time came, and we headed straight to penalties.

Inih Effiong started the penalty process with a good finish from twelve yards, but misses from Danny Newton, Elliot Osborne and Ben Coker, with Pompey scoring 100% of theirs, meant Stevenage’s spell in the Carabao Cup had come to an end. 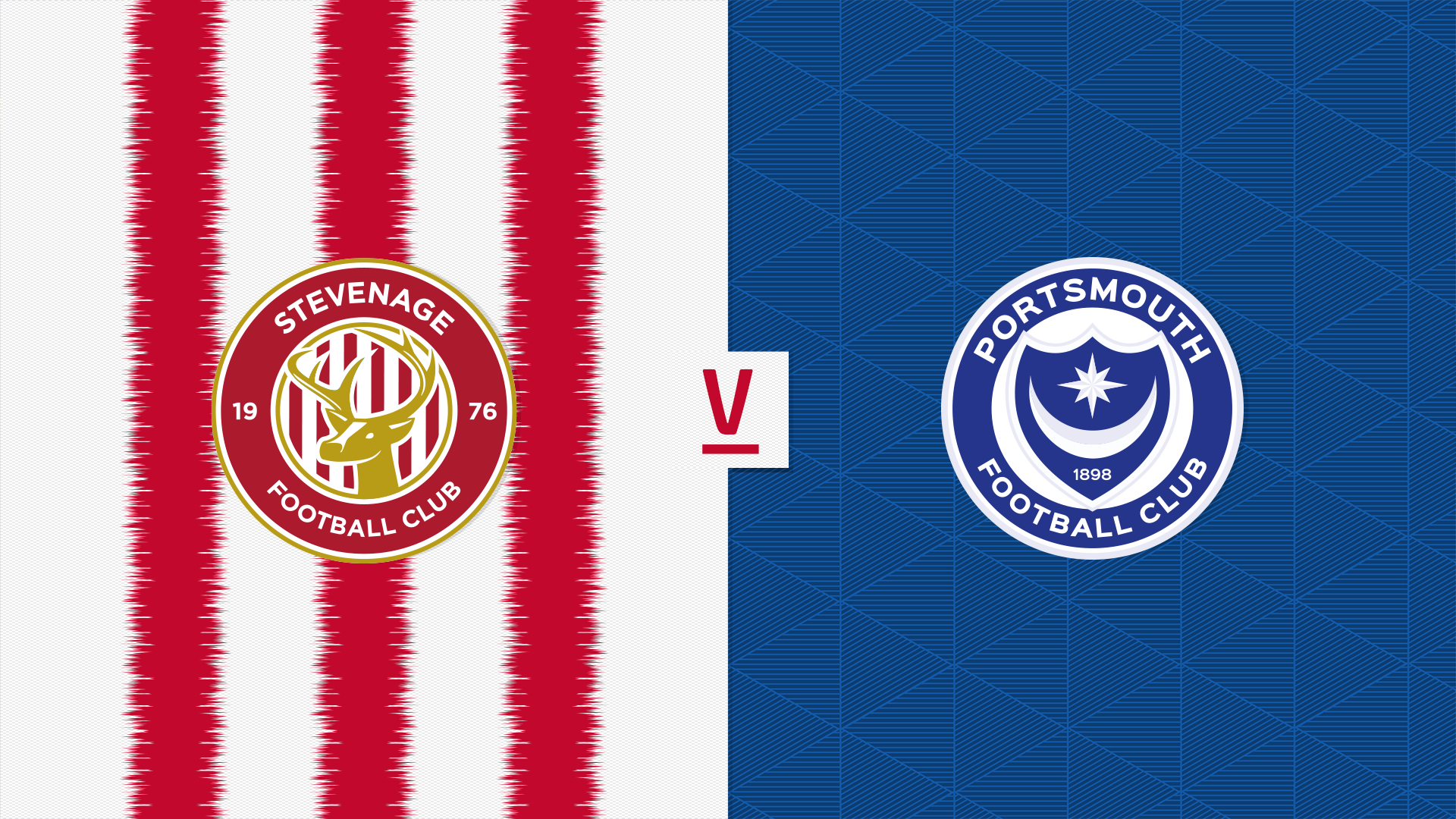