Christopher Sarginson has been appointed Match Referee for our trip to Cheltenham Town on Boxing Day...

The Official has taken charge of 16 EFL fixtures this season, handing out 36 yellow cards and just 1 red card. His last Stevenage match was the penalty shootout defeat at Northampton in November, which saw just one caution awarded.

He will be joined by Assistants Daniel Flynn and Thomas Harty, with Richard Morris as Fourth Official.

Our Boxing Day clash against Cheltenham is available for supporters to watch LIVE! Please click here for more information. 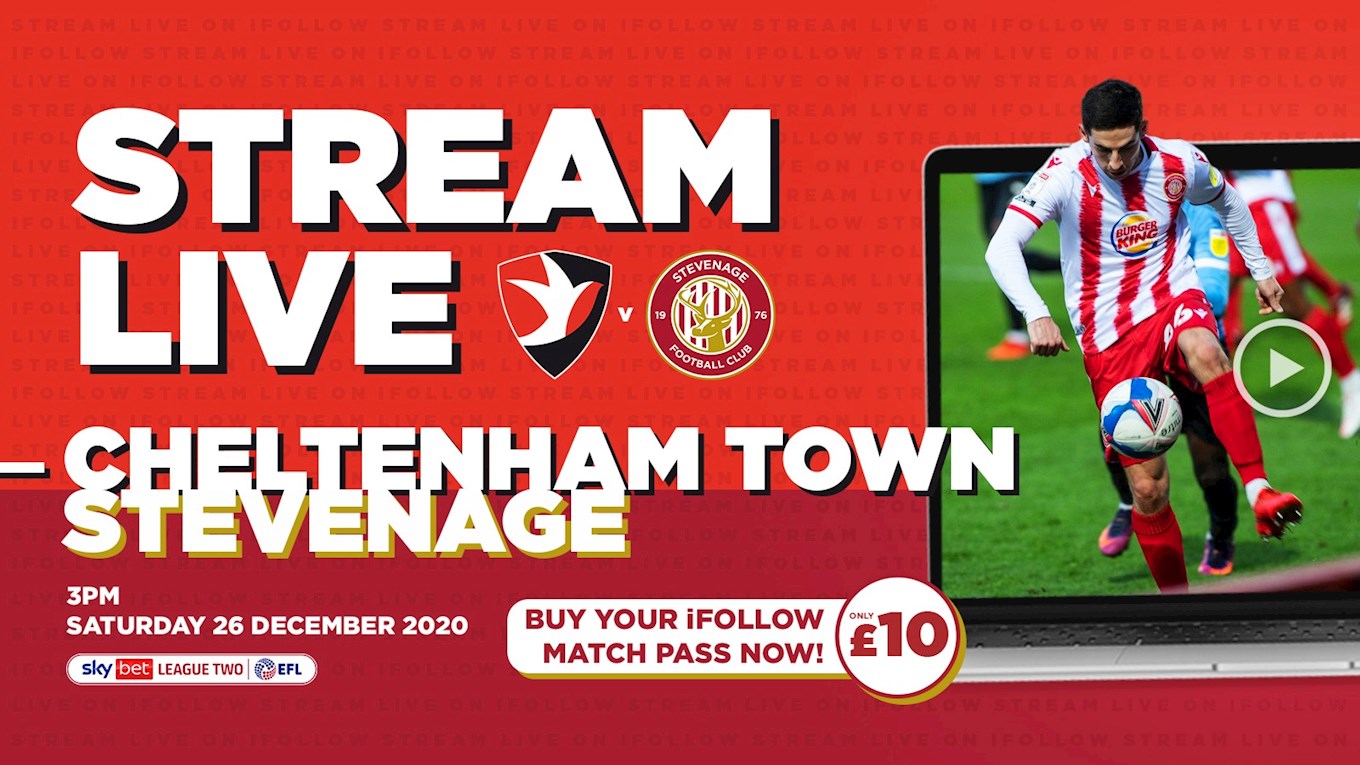 Jack Aitchison’s return from injury rescued a well-earned point for Alex Revell’s men, after falling behind to Liam Sercombe scorcher in the first half.

Alex Revell named six changes to team who fell to defeat at Carlisle a fortnight ago, with Scott Cuthbert, Elliott List, Arthur Read, Jack Smith and Danny Newton coming into the starting eleven. Luis Fernandez also returned to the fold, after his recall from Oxford City.

It was a positive first quarter for Stevenage, who with seven first teamers out following last week’s COVID disruption, started the brighter of the two sides.

The first shot of the game came to a fiery Danny Newton, who looked up for the afternoon’s battle and blasted over from 25 yards after five minutes.

A minute later, Scott Cuthbert attempted to catch Cheltenham stopper Josh Griffiths off his line from his own half, only to see the ball fall just over the crossbar.

The chances continued as Stevenage had their best chance of the first half. Arthur Read’s corner kick was deep and put back into the danger zone by Terence Vancooten, who found Danny Newton at the near post. Newton then got low to head the ball back across goal and with only a touch needed to see the visitors in front, the ball evaded all and behind for a goal kick.

The hosts grew into ther game as time went on, but were still really to threaten Jamie Cummings goal. The young Chelsea goalkeeper stood tall to clear Ben Tozer’s infamous long throw, and set up Danny Newton on the counter attack in doing so. Newton drove forward with the ball and with little support, but the Cheltenham defence did well to recover as the attack faded in vain.

Chances were then few and far between as the game edged towards half-time, with any good Stevenage created being halted by the tall Robins centre-back pairing Ben Tozer and Charlie Raglan.

Danny Newton had a shout for a penalty with five minutes of the first period to go, but the referee waived away any protests.

Half-time came and Alex Revell’s men had work to do.

At the restart, Stevenage remained unchanged, were almost on level terms five miuntes later. Charlie Carter played a through ball onto the diagonal run path of Elliott List who had breached the hosts’ backline. List’s effort was on target, before a last ditch Raglan block kept the ball from goal.

On the hour mark, there was the welcome introduction of Jack Aitchison, who had missed the last two months through injury.

The hosts almost doubled their advantage a minute later, as Finn Azaz’s lobbed half volley looked to be heading in, before the ball clipped the under side of the crossbar, bounced onto the goalline and then out to safety. Replays suggest Stevenage may have been lucky not to be two down.

As the game seemed to be fading away, up steps Jack Aitchison to reignite the game. The introduction of Aitchison along with Aramide Oteh caused the Cheltenham back line problems, and none more so than the leveller. Aramide Oteh held the ball up in the box before touching back to Jack Aitchison, who fired low to the keeper’s left and into the back of the net. One apiece with ten minutes to play.

There were four minutes added time as neither side could muster a winner, as Stevenage travelled back to Hertfordshire with a well-earned point. 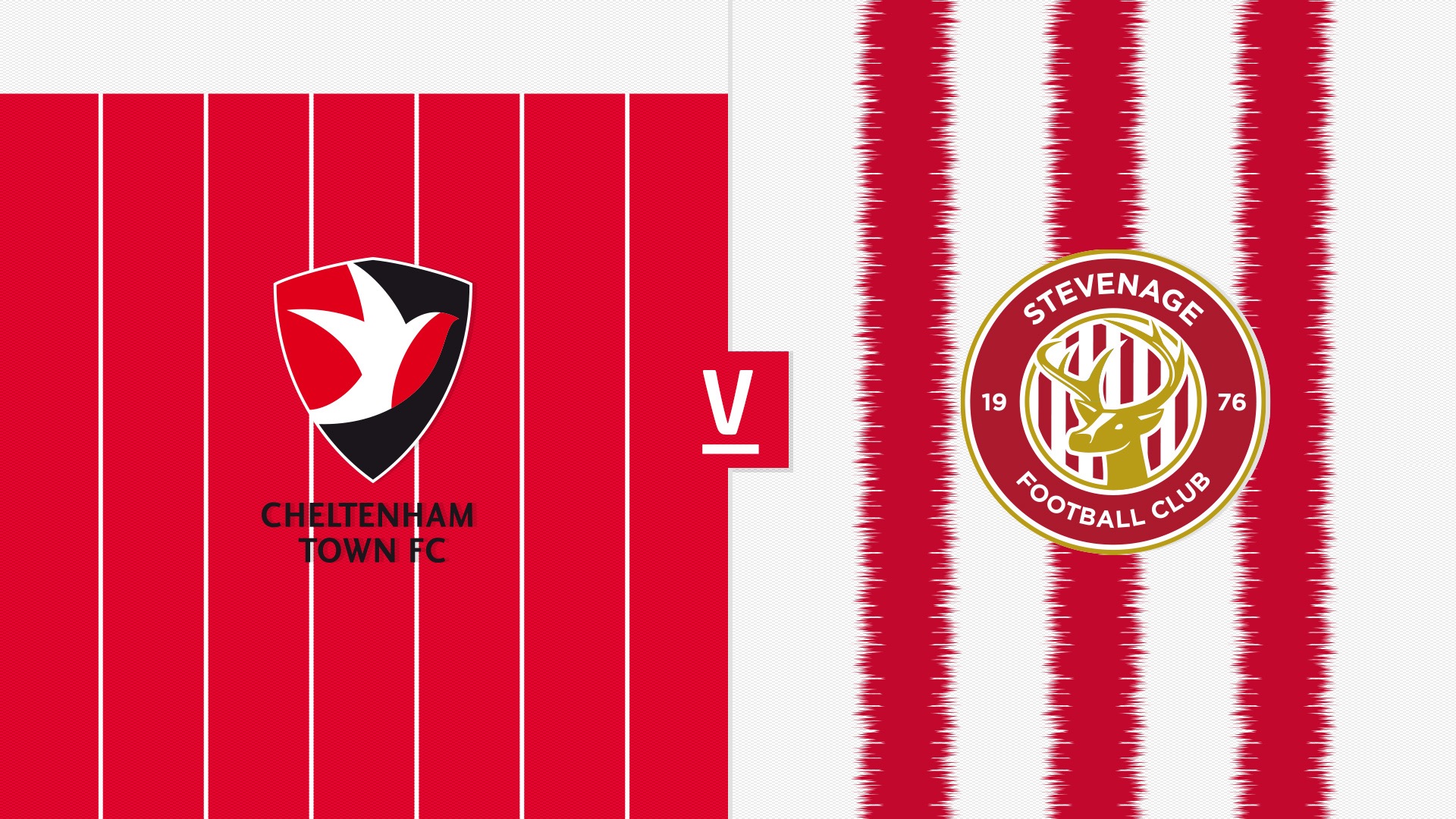 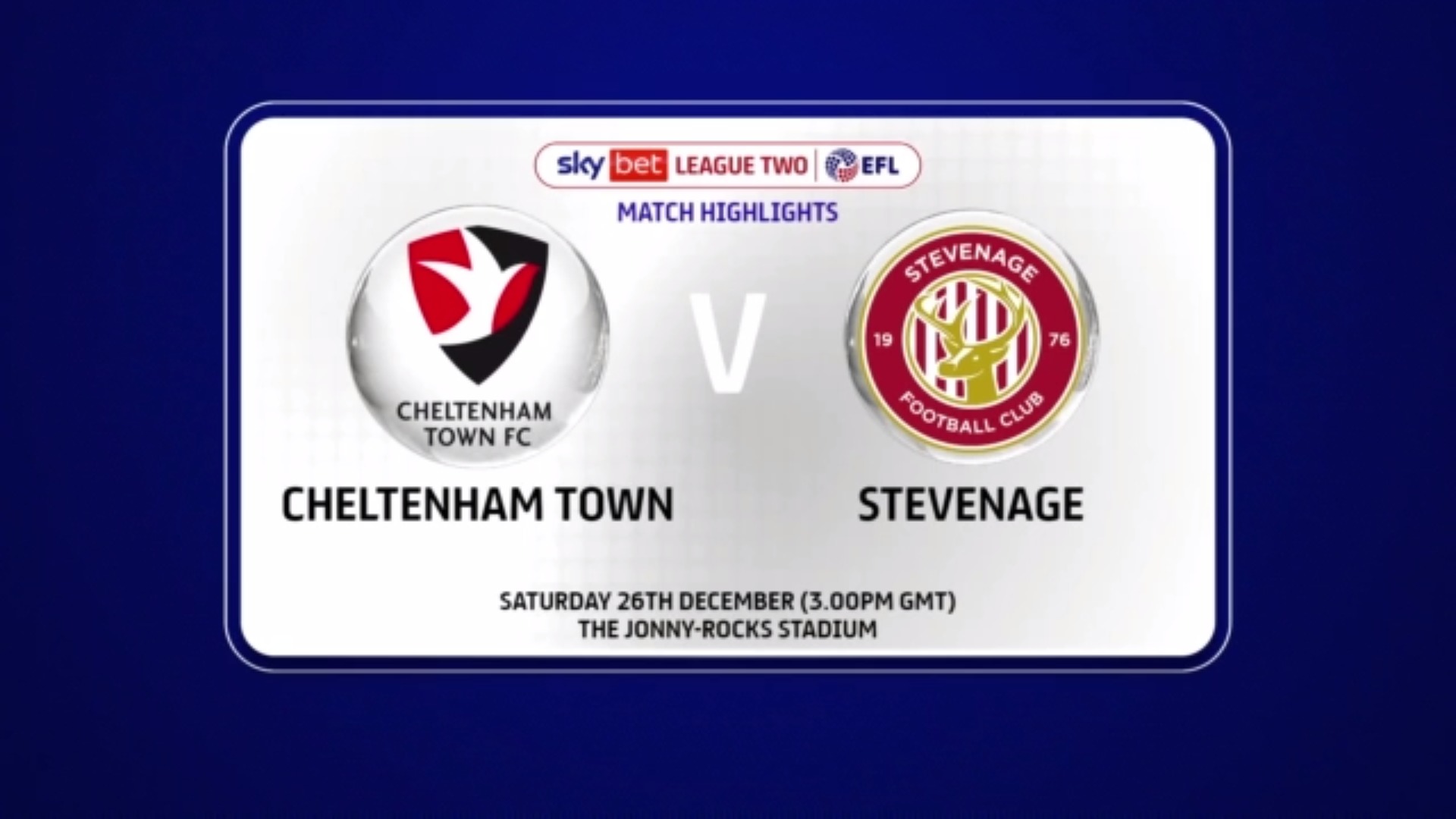 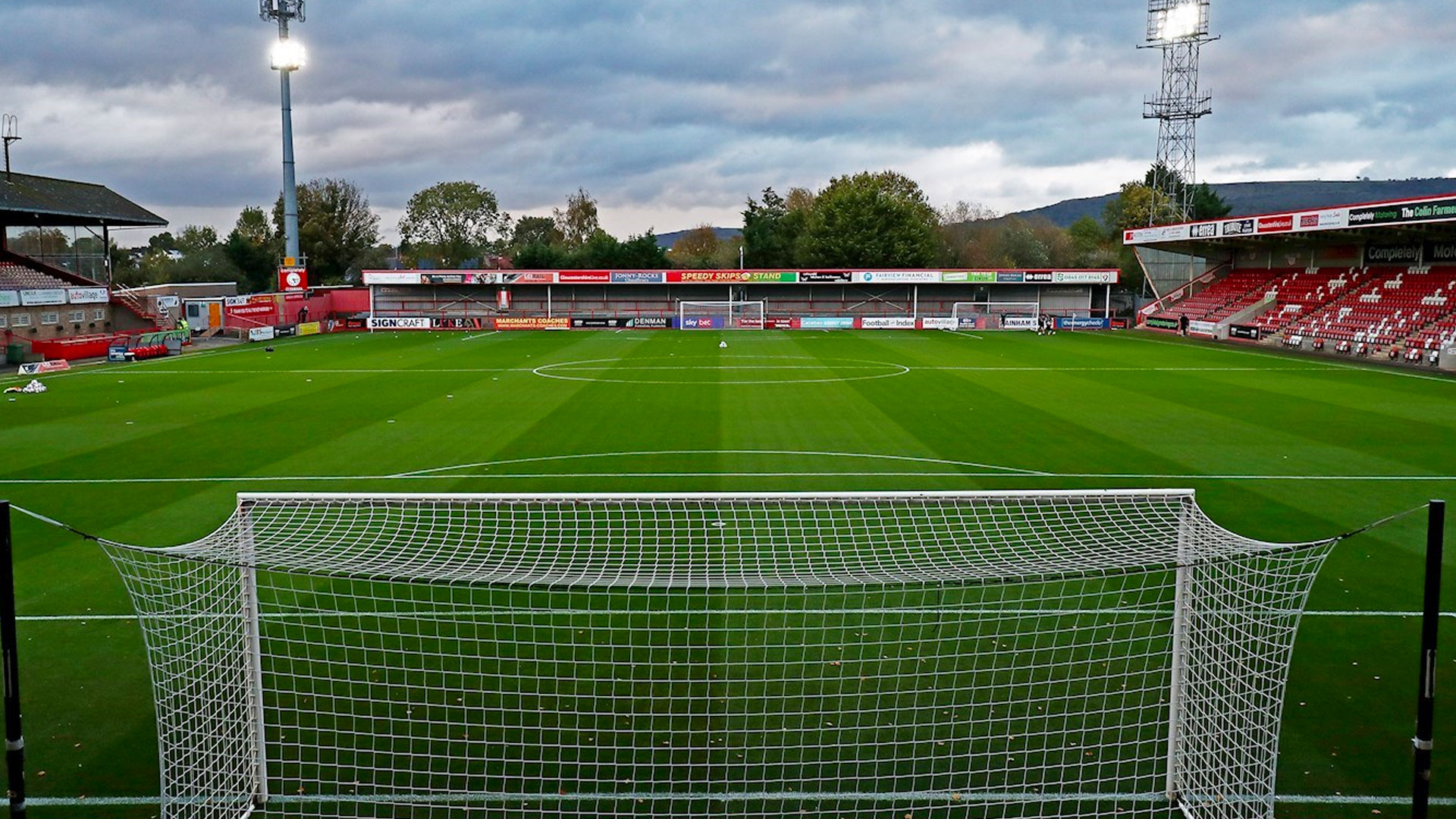