The team news for tonight's 7pm kick-off at home to Exeter City can now be revealed... 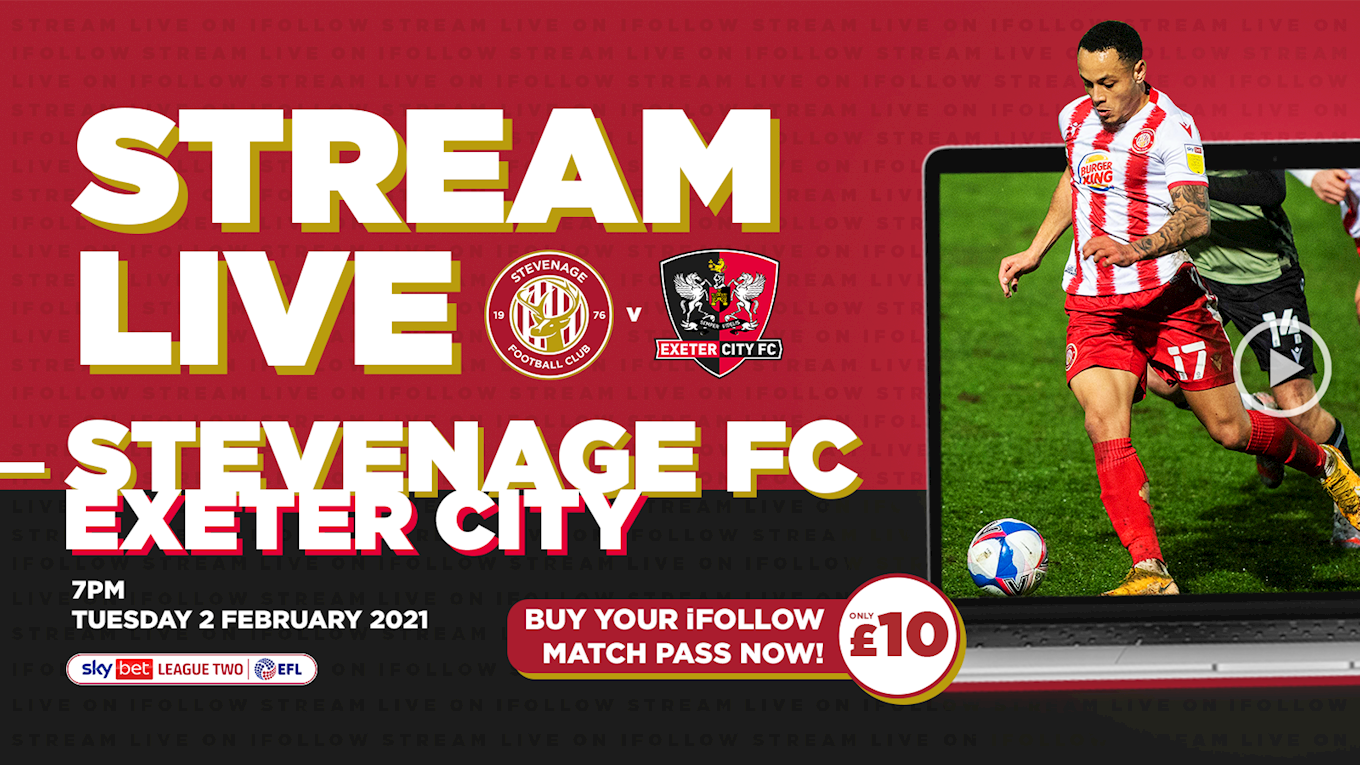 Boro fell to defeat at The Lamex Stadium tonight, losing 1-0 to Exeter City courtesy of a first half header from defender Rory McArdle...

Alex Revell named four changes to the side that came out 2-1 victors away from home against Grimsby Town on Saturday, with goalkeeper David Stockdale making his Boro debut after signing on an emergency loan deal, covering for the injured Jamie Cumming. Remeao Hutton, Jack Smith and Matty Stevens also came into the team in place of Luther James-Wildin, Charlie Carter and Arthur Read.
Stevenage started on the front foot, applying all the early pressure as Matty Stevens came close on eight minutes, stinging the gloves of Jokull Andresson with a fierce low-driven shot.
Boro nearly took the lead with a well worked move which saw Ben Coker nod the ball forwards towards Jack Aitchison who lost his marker, before playing an exquisite cross field ball which Luke Norris latched onto, striking the bar with a powerful effort just outside the box.
Norris came close once more, after Elliott List fed through the striker whose weak effort failed to trouble Exeter goalkeeper Andresson.
Jake Talyor had the first Exeter opportunity on 20 minutes, firing over after a Matt Jay corner fell to the Exeter captain with time to shoot.
Rory McArdle gave the visitors the lead on 28 minutes, heading past David Stockdale from a delicate Jay free kick.
Aitchison nearly hit back within a minute, finding space out wide before being closed down by an onrushing Exeter defender.
Andresson was certainly responsible for keeping Exeter's lead in tact in the first half, denying Norris' 35th minute volley superbly with an acrobatic save.
Jay nearly doubled Exeter's lead on 41 minutes, finding space in the middle before heading onto Stockdale's left post.
The second half began with little chances until the 62nd minute, when Stockdale collected the ball from an Exeter corner before kicking into the path of List, who was intercepted in the nick of time by the sliding Andresson.
Jake Caprice threatened down the right-hand side, beating substitute Elliot Osborne for pace before delivering a cross into Ryan Bowman which Stockdale saved well.
A late penalty appeal was waved away by referee Graham Salisbury, after Osborne appeared to be pushed in the back by Jack Sparkes.
Exeter set out to frustrate Boro in the second half, and succeeded as the Grecians restricted Boro to limited chances in the half, walking away with all three points on the night. 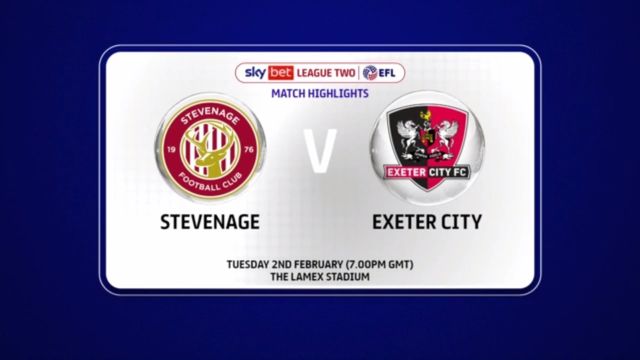 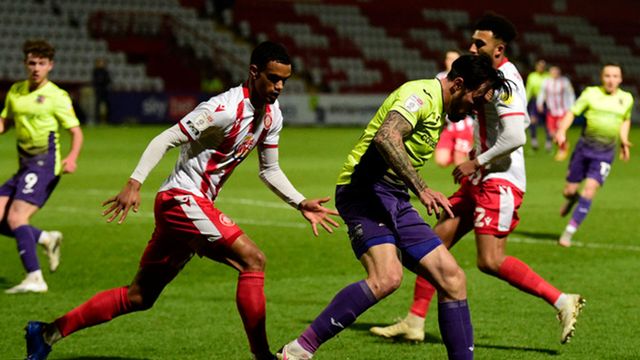