The team news for today's 3pm kick-off versus Scunthorpe United can now be revealed...

Alex Revell has named the same squad that overcame Cambridge United 1-0 on Tuesday night. Match-winner Charlie Carter keeps his place up top partnering Danny Newton, while Terence Vancooten maintains his spot in the team at centre-back after his Man of the Match display. 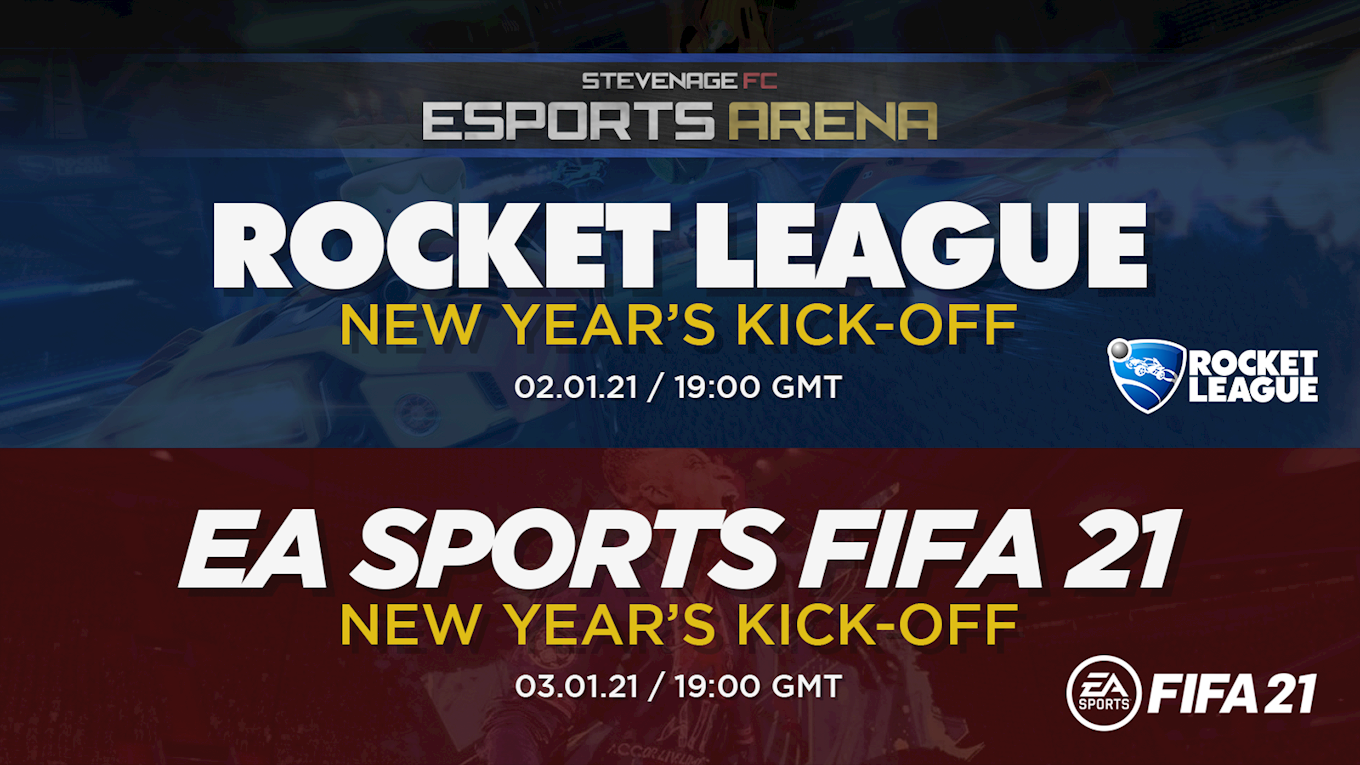 Stevenage went behind after four minutes through a close-range Dev Green strike, before Charlie Carter's double sent Stevenage into half time lead. The game was then finished off in added time as substitute Aramide Oteh scored his fourth goal of the season.
Alex Revell named the same squad that overcame Cambridge United 1-0 on Tuesday night. Match-winner Charlie Carter kept his place up top partnering Danny Newton, while Terence Vancooten maintained his spot in the team at centre-back after an impressive Man of the Match display.
​Stevenage took the game to their opponents early on, as Arthur Read drew fouls from the Scunthorpe defence early on with aggressive attacking play.
Scunthorpe looked to play on the counter attack and found the net after four minutes, as a low drilled cross from the right-hand side found an unmarked Dev Green, poking home through the legs of Jamie Cumming.
Stevenage looked to adjust from going behind, and found an instant reply on 10 minutes as Ben Coker's cross found Charlie Carter, nodding past a helpless Mark Howard for his second goal in two games.
Stevenage went into lead in a frantic first 20 minutes with Carter scoring once more, this time through a curled effort from outside the box which had the outstretched Howard well beaten.
​Scunthorpe came close to pegging Boro back as confusion in the Stevenage box resulted in an effort from Abo Eisa that had to be blocked by the sliding Terence Vancooten.
​Carter looked dangerous in his search for a hat trick, with a high cross from Read almost finding Carter who lost his marker inside the box.
Boro staved off late pressure from the visitors to go into the half time break with a 2-1 lead intact.
Scunthorpe looked threatening in the opening stages of the second half, with Ryan Loft finding space in the Boro box but failing to connect with the ball. Vancooten was also called into action as he headed an Eisa cross just over Cumming's bar from almost point-blank range, as well as blocking a goal bound shot from Loft seconds later.
Stevenage controlled the game, limiting Scunthorpe's chances in the final third and Boro nearly clinched a third on 82 minutes after a long ball from the defence was chased down by Newton who was intercepted by the onrushing Howard.
Scunthorpe were inches away from a last gasp equaliser, as Jordan Clarke's low shot was cleared off the line by an alert Scott Cuthbert.
An additional six minutes of added time were awarded in which Boro put the game beyond doubt, after a long ball from Read was chased down by Aramide Oteh, who coolly dispatched for his fourth goal of the season.
​Victory for Alex Revells men lifted Boro out of the relegation zone, securing back-to-back league wins for the first time since May 2019. 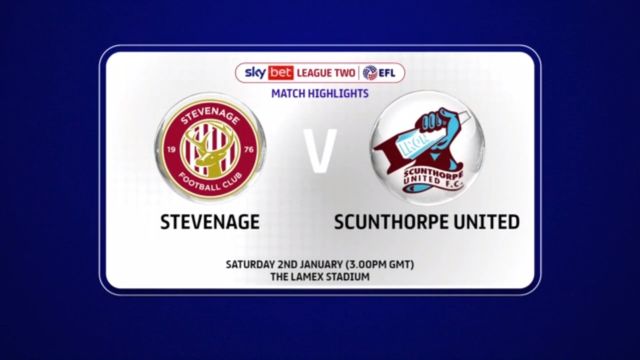 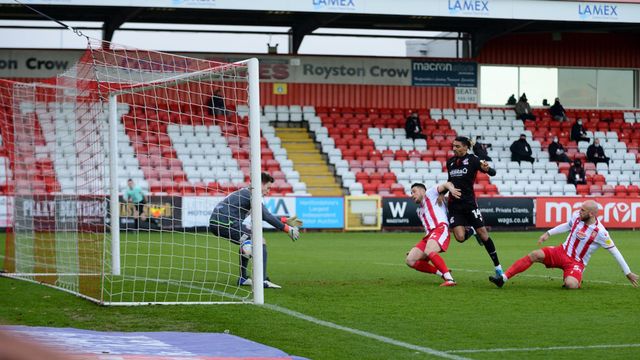