Stevenage are back in action at 3pm this afternoon to take on Tranmere Rovers in Sky Bet League Two...

Following two straight league wins heading into today's game, Alex Revell spoke about the need for his side to continue their upturn in form.

Download the Stevenage vs Tranmere Digital Matchday Programme, which is packed full of features and take a read of our Match Preview for everything you need to know ahead of kick-off.

Ahead of the game, we spoke to Richard Garnett of the Wirral Globe for a View from the Press Box, and if you are over 18 and fancy a flutter today, check out the latest Sky Bet odds. Also, don't forget to place your picks in our FREE Boro Picks game.

Remember to head back to www.StevenageFC.com at 2pm where we will bring you all the Team News and make sure to follow the Club's Twitter Account for all the latest throughout the day.

Another point on the board...

Neither side were able to find a winner this afternoon at The Lamex Stadium as Stevenage were held to 0-0 draw against Keith Hill's Tranmere Rovers, a result that extends Alex Revell's unbeaten run in the league to four games.

Tranmere had the earliest chance of the contest on two minutes, as an inviting ball into the box was just short of the onrushing defender Manny Monthe.

​The visitors looked threatening early on, as a cleared ball fell into the path of Jay Spearing who was intercepted in the nick of time by an onrushing Charlie Carter.

Elliott List and Monthe engaged in various duels early in the contest, as List's pace was countered by Monthe's strength and vice-versa.

James Vaughan was lucky to escape any punishment from referee Lee Swabey on 23 minutes after the striker led into Athur Read with his elbow, leaving Read hurt on the floor.

Boro edged closer to an opener as a deep cross from Carter was controlled by Norris, striking a ferocious volley that whistled just wide of Davies' left post.

Norris was ever present in the first half, directing a header from a free-kick goalward which was headed away by Monthe.

Tranmere were caught at the back on 44 minutes, as Mothe's back pass was too short for Davies, who had to slide to beat Norris to the ball.

The second half commenced and Boro had the first opportunity, as Carter shrugged off a challenge from Spearing before finding Tyrone Marsh on the edge of the box, blazing his effort over the bar.

Substitute Matty Stevens had a penalty shout waved away by Lee Swabey, as the onrushing Stevens went down in the box after a hefty challenge from Peter Clarke.

Stevenage were frustrating the visitors, restricting Tranmere to long balls into the box with little sucess.

Boro had their best chance of the half on 67 minutes, as Stevens wriggled away from his marker before sliding the ball across goal where the sliding Norris was inches way from making contact for what would've been a certain goal.

Stevens had a good effort saved low by Davies and Aitchison had a penalty appeal turned down as both sides searched for a winner, but were left feeling frustrated as the points were shared. 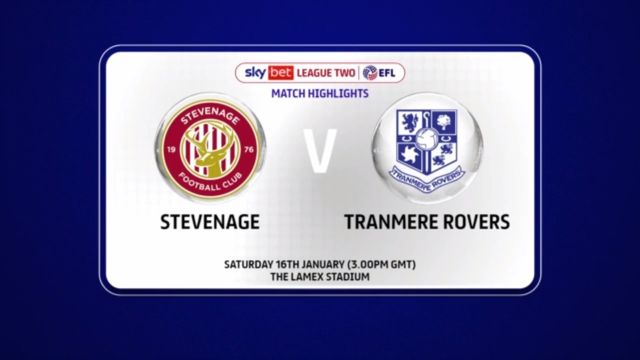 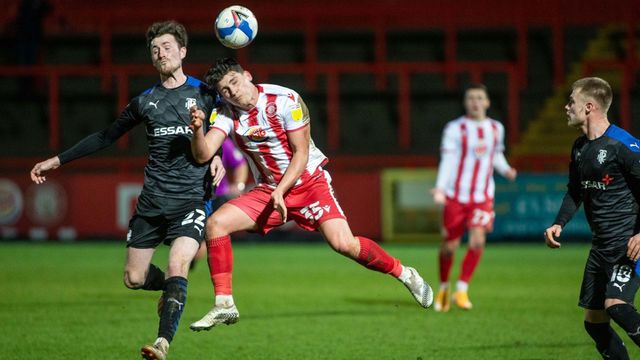