The team news for tonight's 7pm Sky Bet League Two match away at Leyton Orient can now be revealed...

Alex Revell has named two changes from Saturday's win over Harrogate Town, with Arthur Read and Luke Norris coming in for Luke Prosser and Chris Lines.

Kick-off at The Breyer Group Stadium is at 7pm and supporters can watch the action live on iFollow with a Video Match Pass. For more information or to buy yours, please click here. 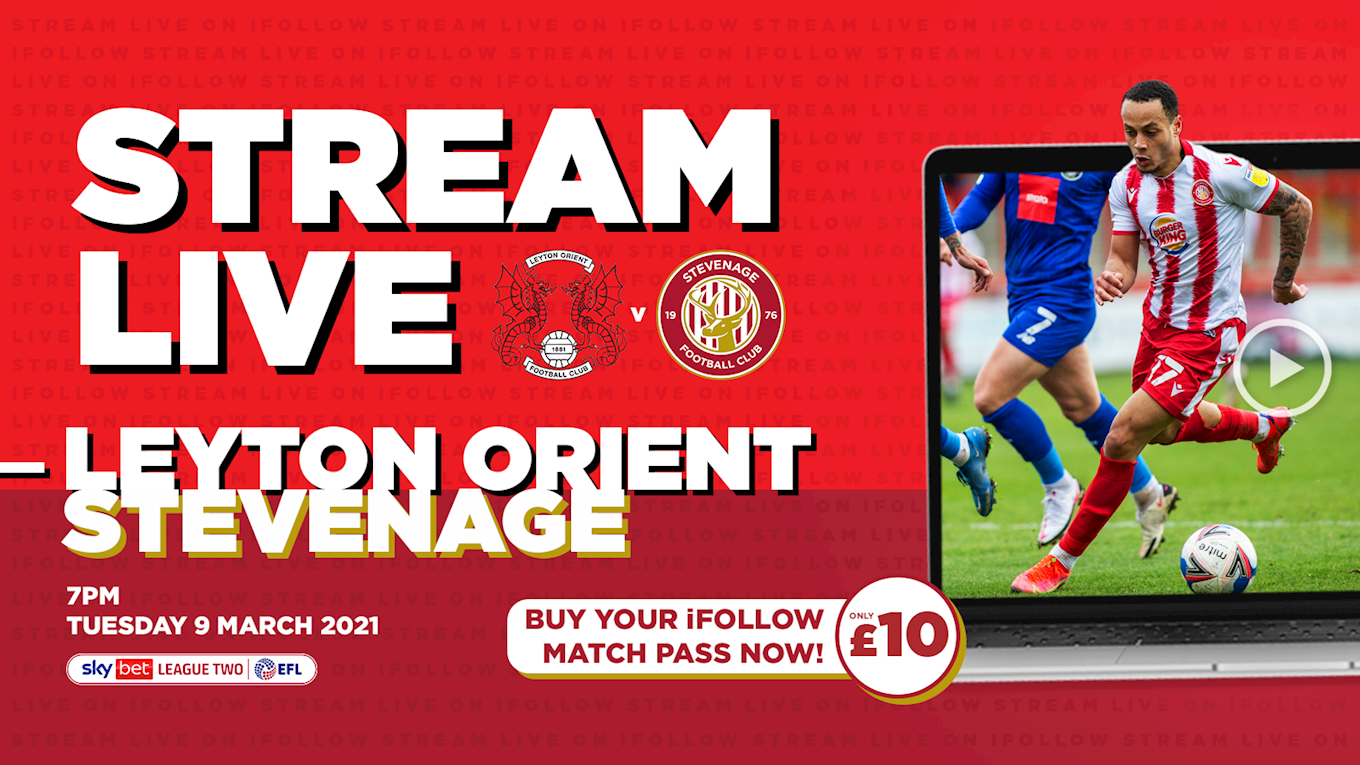 It was Boro who created the majority of the opportunities on the night, but couldn’t find that telling touch when it mattered most as 15 shots on goal ultimately came in vein. The result makes it seven unbeaten for Stevenage though, and five clean sheets in a row, who continue their revival in fortunes.

After a minute’s applause for Glenn Roeder, the game got underway and Stevenage started brightly. Tom Pett was first to threaten either goal, with a deflected strike from the edge of the box that fell kindly into the goalkeepers hands.

Luke Norris came close a few minutes later, as a swift Stevenage break up the pitch led to Osborne swinging in a superb cross to Norris at the back-post, but his header into the ground and on target was saved by Vigouroux.

The team were clearly full of confidence, no-one more so than Elliott List who let it fly from 25 yards on 18 minutes, forcing the O’s goalkeeper into another decent save.

In a rare Orient foray forward, Boro loanee Dan Kemp came close to playing Abrahams in behind the Stevenage defence, but for Cumming’s quick reaction to come out quick and smother the ball before the striker could reach it.

Newton skewed an effort wide a few moments later, before Norris powered a header at goal from a Stevenage corner, but it was straight at Vigouroux who beat it away as the chances continues to come for Alex Revell’s men.

Wilkinson had the home team’s best effort of the half as the game approached extra time, drilling a strike past the post from just outside the box.

Stevenage started the second half in much the same fashion as the first, looking dangerous and hungry to score the first goal.

Only the width of the post denied Coker from scoring a spectacular free-kick during the early moments, as his curling effort beat Vigouroux and looked destined for the top corner.

Dan Kemp had a half-volley denied by the block of Vancooten on the hour mark, with Stevenage restricting the O’s to very little in-front of goal, clearly eager to continue their impressive recent and season-long defensive record.

Norris again could have scored from a corner soon after, as he headed over the bar when left in acres of space from 10 yards out.

As the half wore on, so did much of the excitement as the pace slowed down, as well as Stevenage’s threat on goal. Jack Aitchison replaced Elliott List with 15 minutes to play and seconds later, Orient’s primary goalscoring menace, Dan Kemp, rattled the post after a deft touch released him into space on the edge of the area.

Just as the game looked to be heading towards a stalemate, Stevenage had two great chances to score a late winner. First, Pett made a surging run into the O’s box before forcing Vigouroux into another save, before Osborne hit a powerful effort following a Cuthbert lay-off from 20 yards that flew just over the crossbar.

Stevenage were dangerous from set-pieces all night and would have another two half-chances to find the net late on, both through Cuthbert as he first headed over the bar, courtesy of a deflection before the subsequent corner was again aimed at the skipper, but he couldn’t make the required contact as the ball came in. 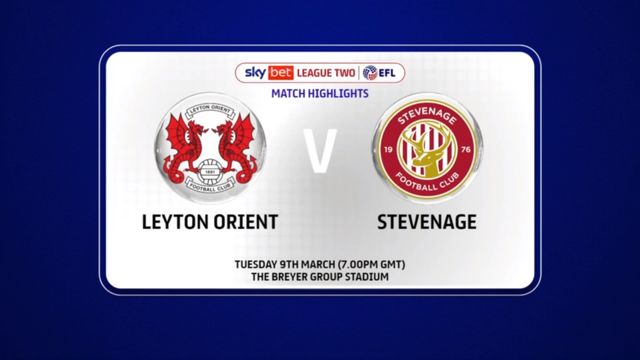 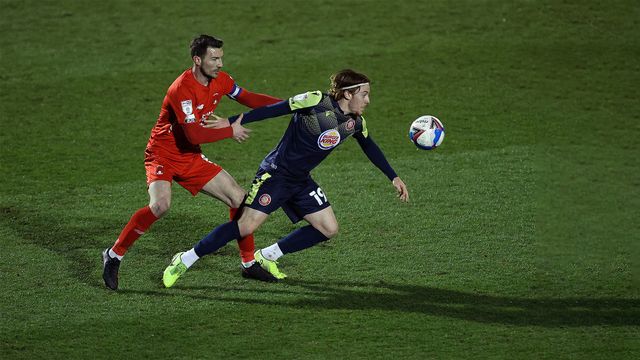