After a strong but ultimately unsuccessful Papa John’s Trophy performance midweek, Boro return to league action this Saturday at the Lamex Stadium...

Stevenage are proving difficult to beat, having drawn five of their last six games (in 90 minutes), but Alex Revell’s side are eager to find that winning edge this Saturday against Bolton Wanderers, who travel to the Lamex Stadium for the first time ever.

Ian Evatt’s Bolton Wanderers are currently 17th in League Two and come into this fixture off the back of Papa John’s Trophy success, beating Newcastle United U21’s 3-2. Bolton were also successful in their last league fixture, winning against Salford City 2-0 at the University of Bolton Stadium.

Bolton have previously enjoyed success in the top flight of English football and were a Premier League team for 13 seasons, with a highest league finish of 6th place in 2004-05. During this stint, Bolton reached the League Cup final and competed in Europe, holding Bayern Munich and Marseille to draws as well as beating Atlético Madrid.

Bolton have since sild down the divisions due to financial struggles, with Ian Evatt looking to be the man who takes ‘The Trotters’ back to glory.

Stevenage boss, Alex Revell said, "We are high in the stats for chances created and we know that we should be doing a lot better in terms of goals. We know that what we are doing is right and we just need to get wins, simple as that.

"We also know that hard work on the training ground is crucial as well as making sure the players know their roles and responsibilities.

"There are games that I thought we should have been out of sight this season and the only people that can change that factor is us. We will be working extremely hard to make sure that everyone is ready for the game.

"It will be tough, they are a good side but when the players here have that self-belief and everything clicks, we will be a good side."

Bolton Wanderers manager, Ian Evatt, said, "We have to build on the two results we have got. Going to Stevenage won’t be an easy game, I don’t care where they are in the division. For me, the two A’s are important on Saturday – and that is attitude and application.

"If we go there with the right attitude and apply ourselves correctly in the right manner, then I am sure we can get the right result.

"We have to be ready to roll our sleeves up, do the dirty side of it, and then hopefully our football technique will take over."

Season Ticket Holders don't have to pay anything to watch the game and should have received an email this week with confirmation of the sign-up process.

Stevenage fell to defeat in Sky Bet League Two this afternoon, with Alex Revell's side losing 2-1 to Bolton Wanderers at the Lamex Stadium...

After falling behind by two goals, Tom Pett's strike just before the half gave Stevenage life who pushed for a second throughout the second half, to no avail.

Boro started on the front foot and had an excellent penalty shout dismissed by referee Will Finnie as Tom Pett was clipped in the box by an onrushing Alex Baptiste to no avail.

Stevenage academy products Arthur Iontton and Jack Smith retained thier places in the squad from Tuesday's game and the pair looked promising from the off, retaining possession in midfield for Boro.

Just as the contest was beginning to look lost, Boro halved the deficit on the stroke of half time after Aramide Oteh wriggled past his man out wide before drilling a cross into Tom Pett, who strook the ball home into the top corner for his first goal since returning to Stevenage.

Stevenage pushed the travelling Whites all second half though and Arthur Read found space in the area on 52 minutes, before passing to Newton on the edge of the box, who drilled a powerful low shot at goal which Gilks saved well.

Boro continued to chip away at the visitors defence, coming close once again on the hour mark with Ben Coker's high cross reaching Danny Newton, who headed just wide of goal.

Then, Pett had the chance of the half on 74 minutes, curling a shot goalwards which was excellently saved by the fingertips of Matt Gilks.

Tom Pett was charging Stevenage forward in the dying stages, winning a foul on the edge of the Bolton box late on, but the Stevenage goalscorer failed to challenge Gilks with the resulting set-piece.

Despite five minutes of added time, Boro failed to find a decisive second goal as the Trotters left the Lamex Stadium with all three points. Next up for Alex Revell's side is the challenge of Port Vale on Tuesday. 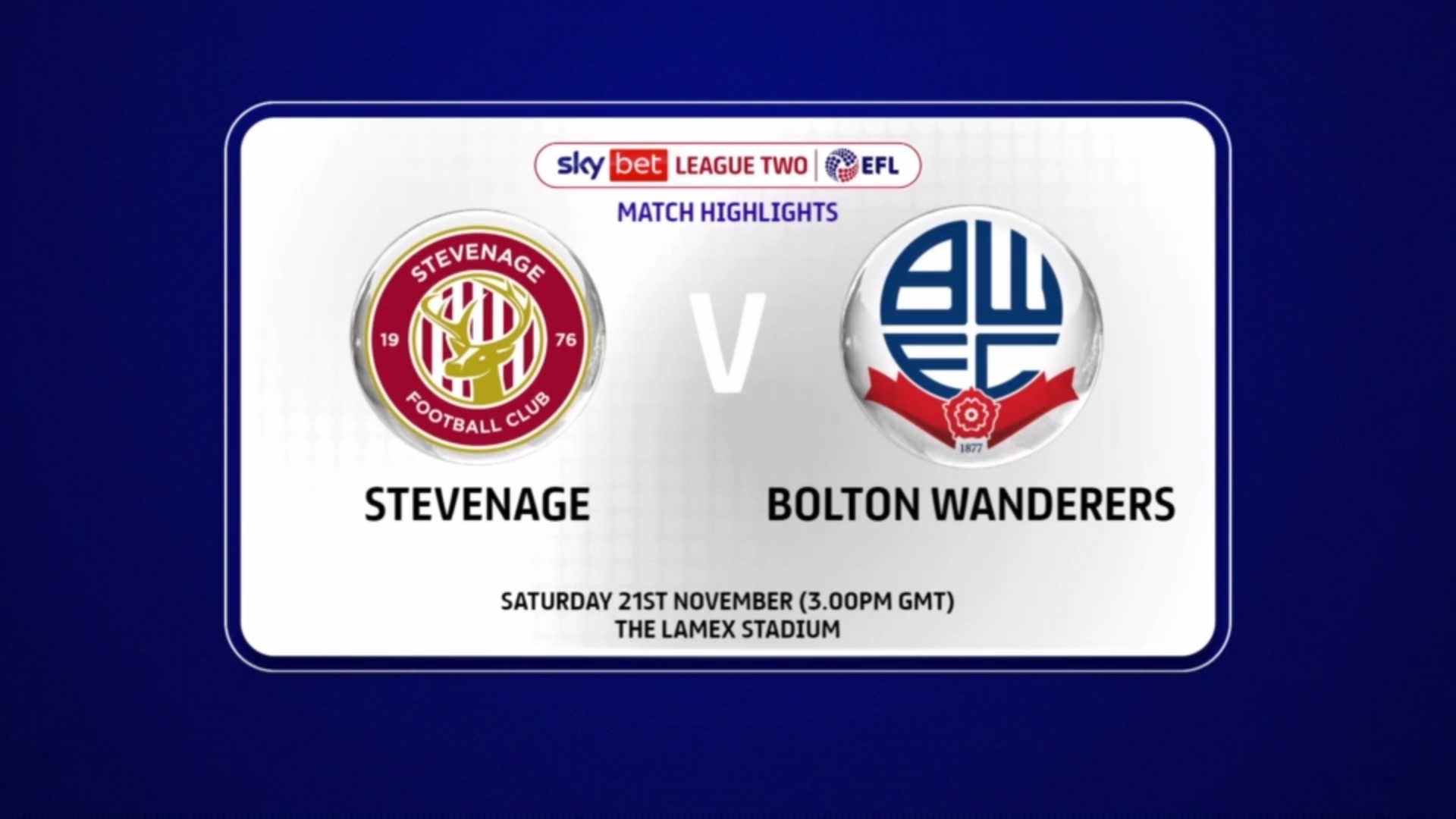 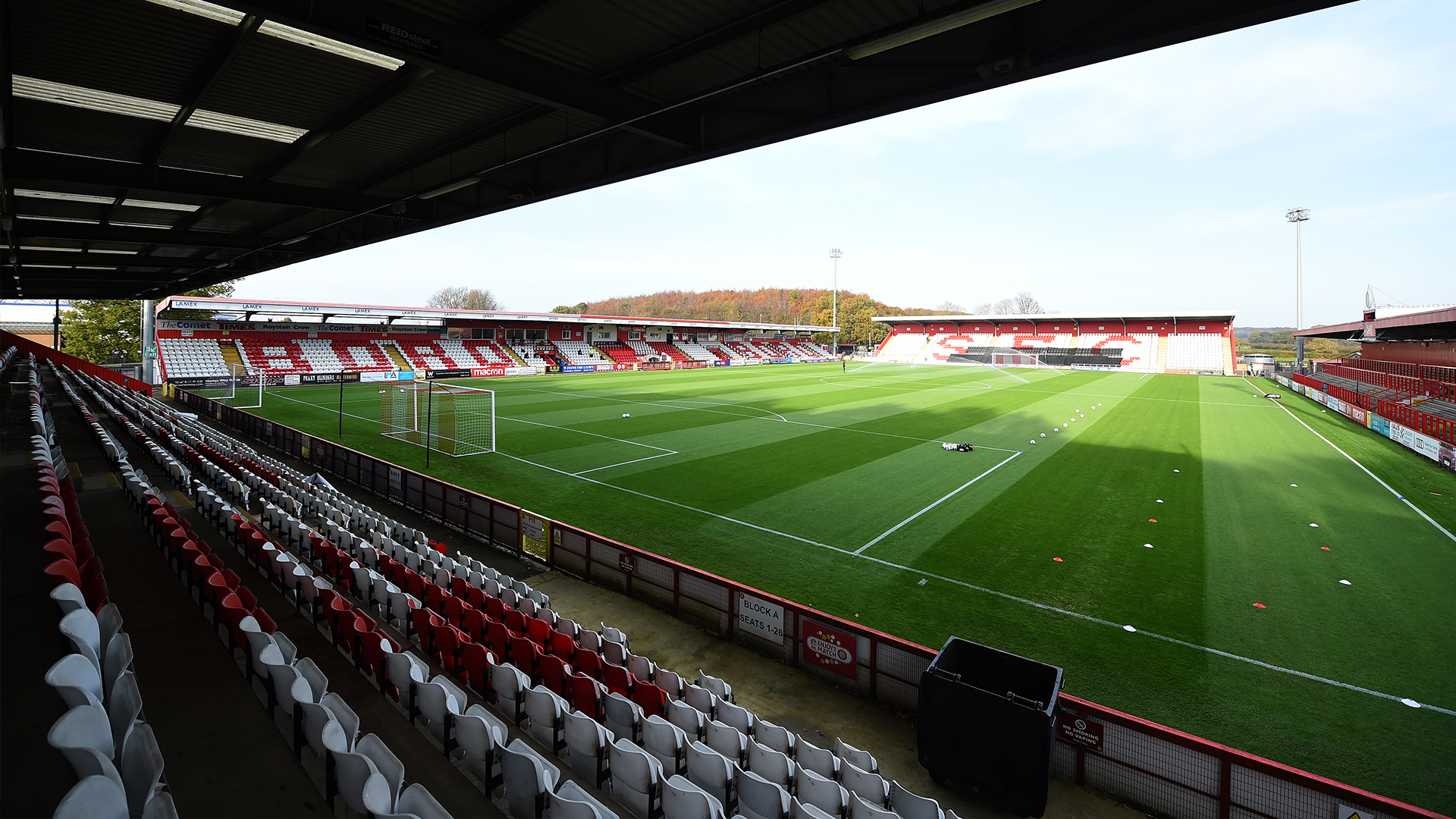