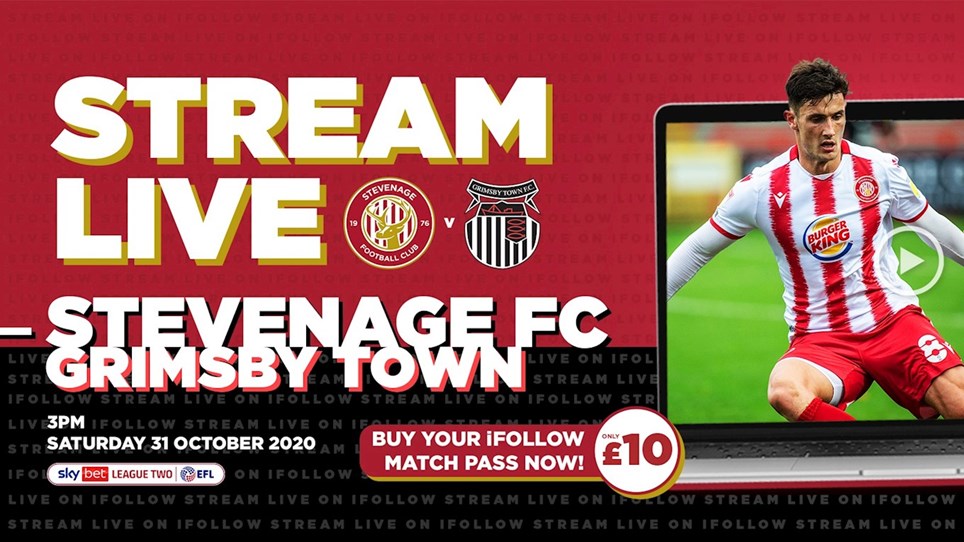 Watch Stevenage vs Grimsby with an iFollow Match Pass 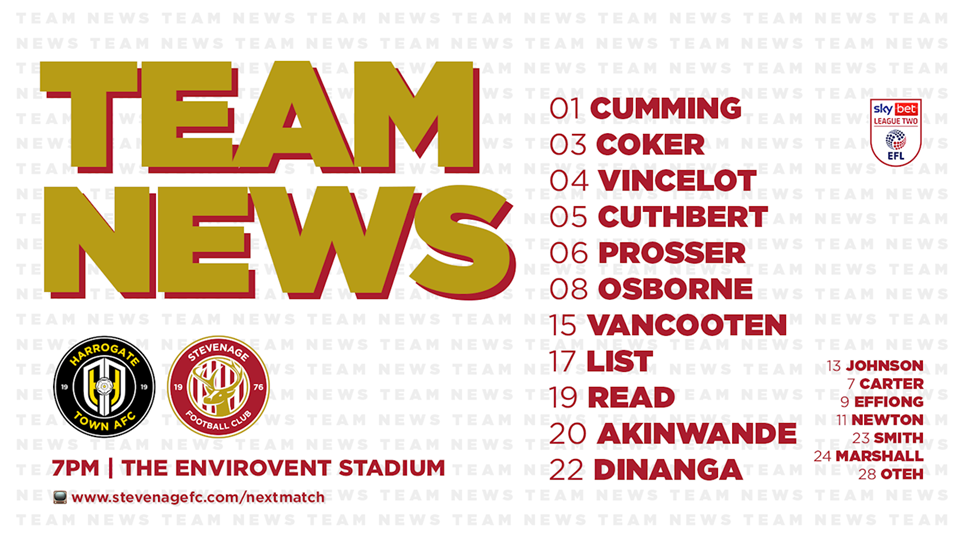 
After back-to-back home games, Stevenage are back on the road this evening to face Harrogate Town in Sky Bet League Two...


Ahead of tonight's first ever meeting against newly-promoted Harrogate Town, we spoke to Rhys Howell of the Yorkshire Post and Harrogate Advertiser...

Stevenage had to settle for a share of the spoils on a cold Tuesday night in Yorkshire, as a new look eleven took the game to the night’s hosts for an entertaining end-to-end, yet goalless battle.

Stevenage lined up in a 4-3-3 formation, similar to how Alex Revell started the 2020/21 campaign. Marcus Dinanga played through the middle up top, with Elliott List and Femi Akinwande on either flank.

It was an energetic start from both sides on the newly-layed EnviroVent Stadium pitch, as both teams battled for possession with quick, forward passing in an attempt to be the first to break the deadlock.

The first chances for either side both came from corners, with Arthur Read’s excellent delivery somehow managing to evade every Stevenage player in the box – while veteran Jon Stead was causing problems in the Boro box.

Marcus Dinanga was enjoying his time up front on his own, with his strong hold-up play and quick feet causing a nuisance for the Harrogate back four. His combination play with Elliott List almost set up September’s player of the month with the first goal of the game, but for some good Harrogate defending on the quarter of an hour mark.

Down the other end, Scott Cuthbert was in the midst of his own personal battle with the Sulphurites’ danger man Jack Muldoon. The skipper stood firm to deny the Harrogate attacker opening the scoring from inside the six-yard box and ended up colliding with the advertising boards for his troubles. Cuthbert dusted himself down and got back up, to rise highest from the following corner and clear any threat.

The biggest chance of the first period came just after the half hour mark, when Marcus Dinanga’s trickery got the better of his marker on the left flank and whipped an enticing ball across goal – only for Elliott List to glance his header wide of the far post.

Harrogate then had a good chance for themselves, when a free header for the late-arriving Jon Stead thankfully fell wide of Jamie Cumming’s goal.

Half-time came and put a stop to what was an end-to-end first 45.

As the second half progressed, Stevenage slowly dropped back as Harrogate piled on the pressure. The outlet of course was our pace up in the final third, with Dinanga, List and Akinwande not letting a moment’s rest.

Marcus Dinanga’s work rate almost paid off when he leaped like a salmon in the area to head just over the bar from a back-post knock back.

As Stevenage were playing deeper, the ball over the top to Elliott List looked all the more appealing. Scott Cuthbert almost found the forward with a number of lofted passes, but James Belshaw in the Harrogate net was quick off his line.

As time went on, Harrogate’s pressure continued to increase. Ross Marshall and Charlie Carter were introduced into the fray to keep legs fresh, as the latter made his first league appearance of the season after an injury lay off.

Romain Vincelot was enjoying the role of holding midfielder in front of our back four and made a game saving tackle to deny George Thompson inside the box with fifteen minutes left.

The crosses and set pieces kept coming into the Stevenage box, but Scott Cuthbert and Luke Prosser made sure the ball kept going back out again.

The remaining minutes were much backs against the wall in what was an elementary defensive performance, with chances to win all three points for ourselves, but the deadlock remained unbroken as Stevenage etched a point on the board on their travels.

Watch Stevenage vs Grimsby with an iFollow Match Pass


After back-to-back home games, Stevenage are back on the road this evening to face Harrogate Town in Sky Bet League Two...


Ahead of tonight's first ever meeting against newly-promoted Harrogate Town, we spoke to Rhys Howell of the Yorkshire Post and Harrogate Advertiser... 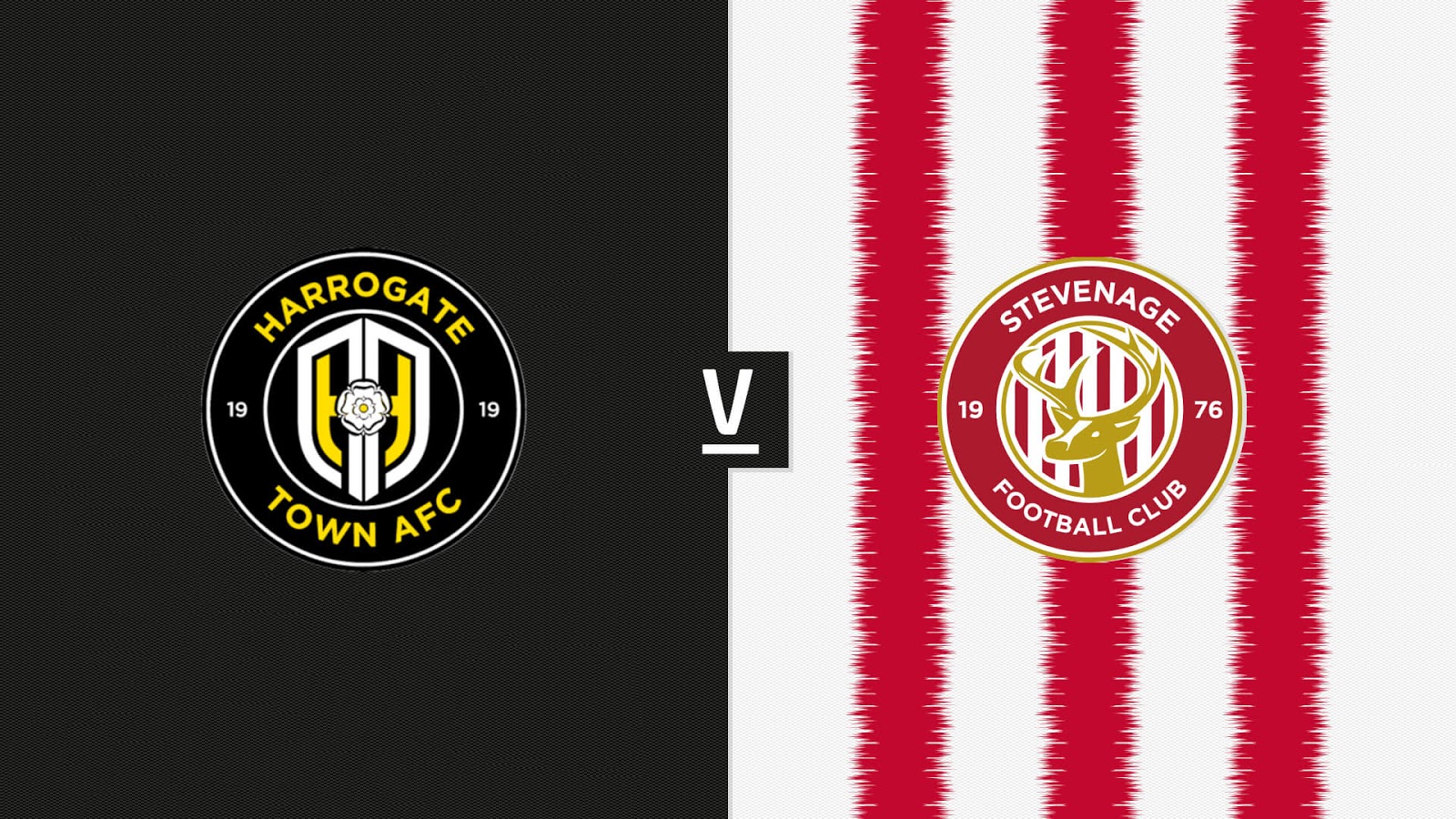 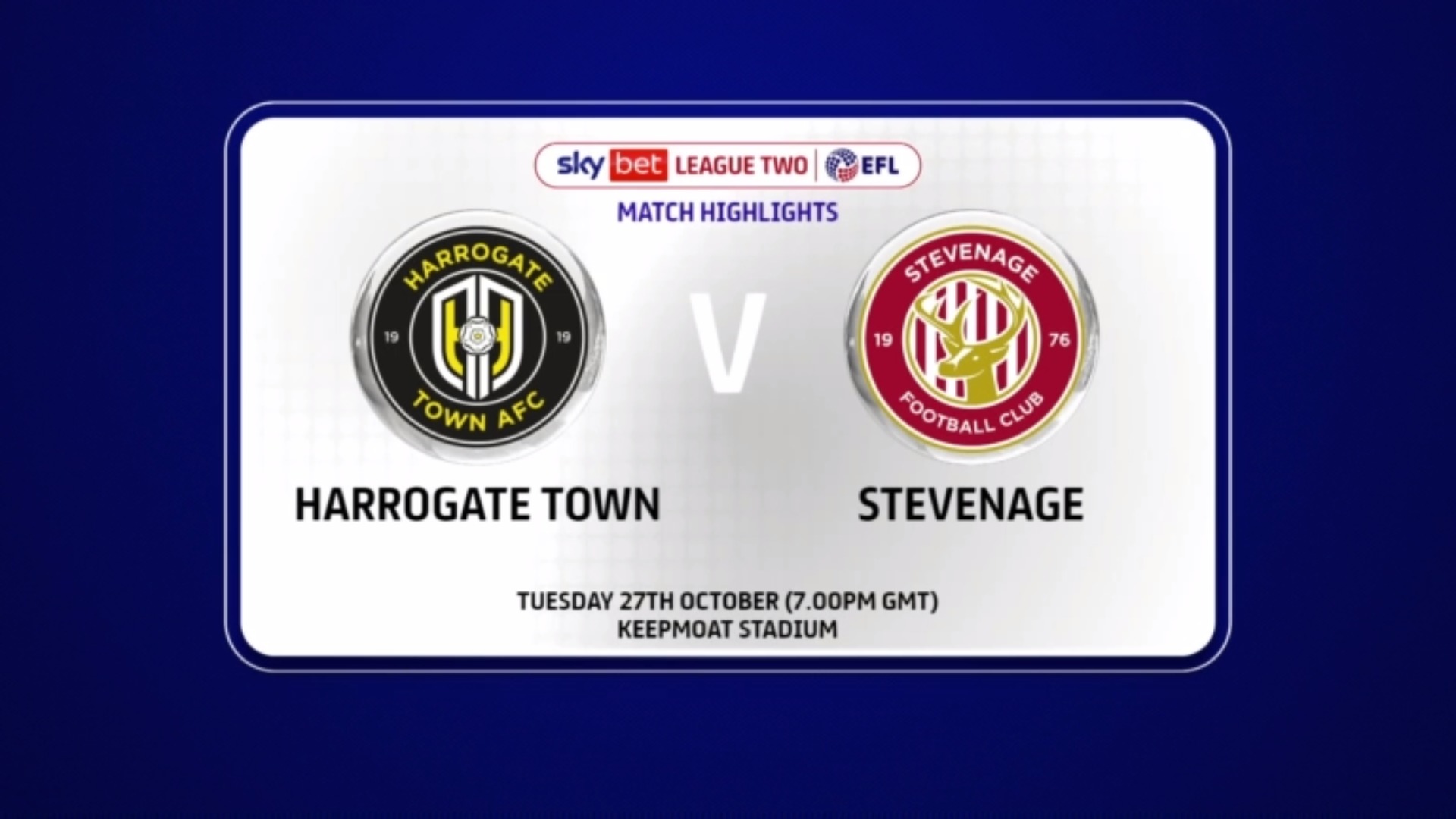 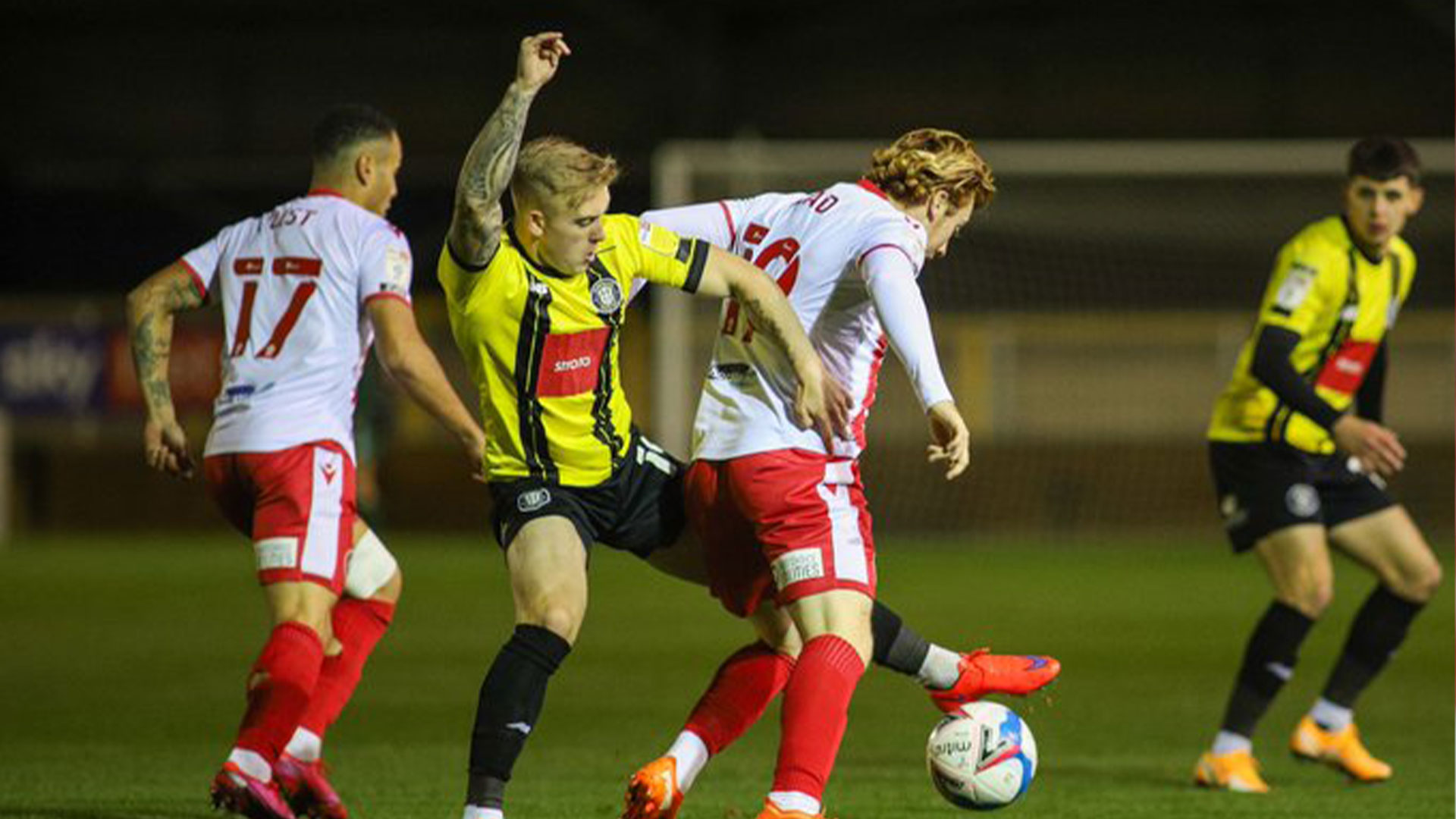