Stevenage were held to a goalless draw at Mansfield on Saturday in a match in which Revell’s squad had the better of for large spells, just missing that crucial goal…

The best opportunities of the contest came to Effiong in the first half whose close range strike was well saved and List in the second, who struck the post from a James-Wildin cross, but in added time Maris hit a thundering effort for Mansfield that crashed off the Stevenage crossbar, bringing on mixed emotions at the final whistle.

Alex Revell named three changes to the starting line-up from Stevenage’s last Sky Bet League Two fixture, a week ago at home to Salford, as Jack Smith and Inih Effiong returned to the team whilst new signing Jack Aitchison was in to make his Boro debut.

Stevenage got off to a bright start, creating a couple of good opportunities within the first 10 minutes, both coming to Aitchison. The first was created out of nothing, as the forward moved the ball out from under his feet to get away from his markers, before getting off a quick-fire shot that was straight at the Stags stopper. A few minutes later, Effiong used his strength to box out the defence, before laying it off for the Barnsley loanee to strike at goal, which was again well saved.

The game kicked into life shortly after, as chances were spurned at both ends. An important Cuthbert block denied Reid from surely finding the net from just a few yards out before Charlsey struck the post with a fine effort from an acute angle. With Stevenage under the cosh, a long clearance up the pitch then almost resulted in the most unlikely of goals, as a Mansfield pass-back to Stech was sliced by the goalkeeper, but despite Effiong managing to pick up the pieces, the former Luton man was able to recover from his mistake to keep the match goalless.

List was next to come close, picking the ball up on the edge of the box before drifting past a Stags defender and unleashing a powerful effort, which flew just over the crossbar on 17 minutes and five minutes later, Boro survived a goal-line scramble as Mansfield appeals for handball fell on deaf ears, despite the ball accidentally glancing Prosser’s arm with the defender on the floor.

With 28 minutes played and Stevenage well on top, Boro had their best chance of the game at that moment in time courtesy of Inih Effiong. Neat link-up play between the striker and Aitchison led to Effiong bursting through the defence with the ball at his feet, only to be denied by a stunning save from Stech at the near-post.

In terms of the performance level, Stevenage’s first half was arguably the best of the season as the midfield and attack were finding all kinds of joy on the ball whilst the defence was dealing with everything thrown at them. Aitchison had his third shot on goal of the first half with 38 minutes played, drifting towards the box from distance before firing towards the target, only to see if fall wide of goal.

Boro would have ended the first half encouraged yet frustrated, as the team’s good play didn’t translate into a goal.

Both teams were unchanged coming out of the break and the pattern of the game also remained largely the same, although chances were proving harder to come by for Boro during the early goings. Despite getting into plenty of good areas and situations, Stevenage struggled to create anything of real substance whilst the only Mansfield chance within the first 15 minutes of the restart would have been ruled offside, Cummings denying O’Keefe from close range, regardless.

Stevenage won corner after corner throughout the match and although many of the deliveries caused problems, there was little in the way of goalscoring chances. Cuthbert had a header on goal with 22 minutes to go, but it was all-too easy for Stech to claim.

On 75 minutes, Stevenage should have gone ahead as List hit the woodwork with a stabbed effort from six yards out as the ball was bouncing loose in the penalty area. Effiong won the rebound but his turn and shot from just inside the box was dragged wide of the post.

Looking for a spark, Revell turned to Newton with 10 minutes to go, replacing List and then soon after, Vincelot joined the action, in place of Smith, but Mansfield would have the final chance of the match, deep into added time, as Maris smashed the ball towards goal only to see it come flying off the crossbar, meaning a share of the spoils for both sides. 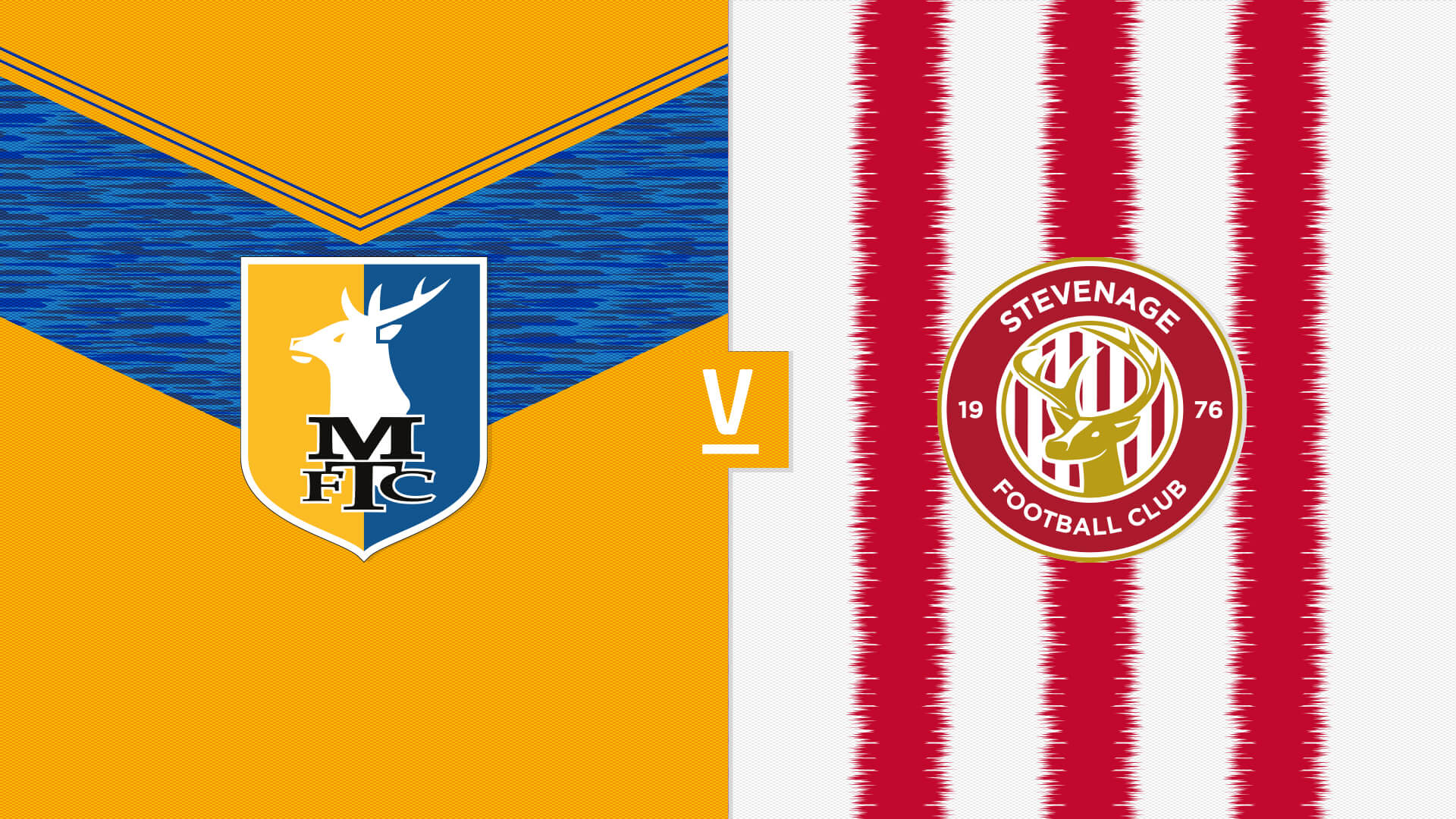 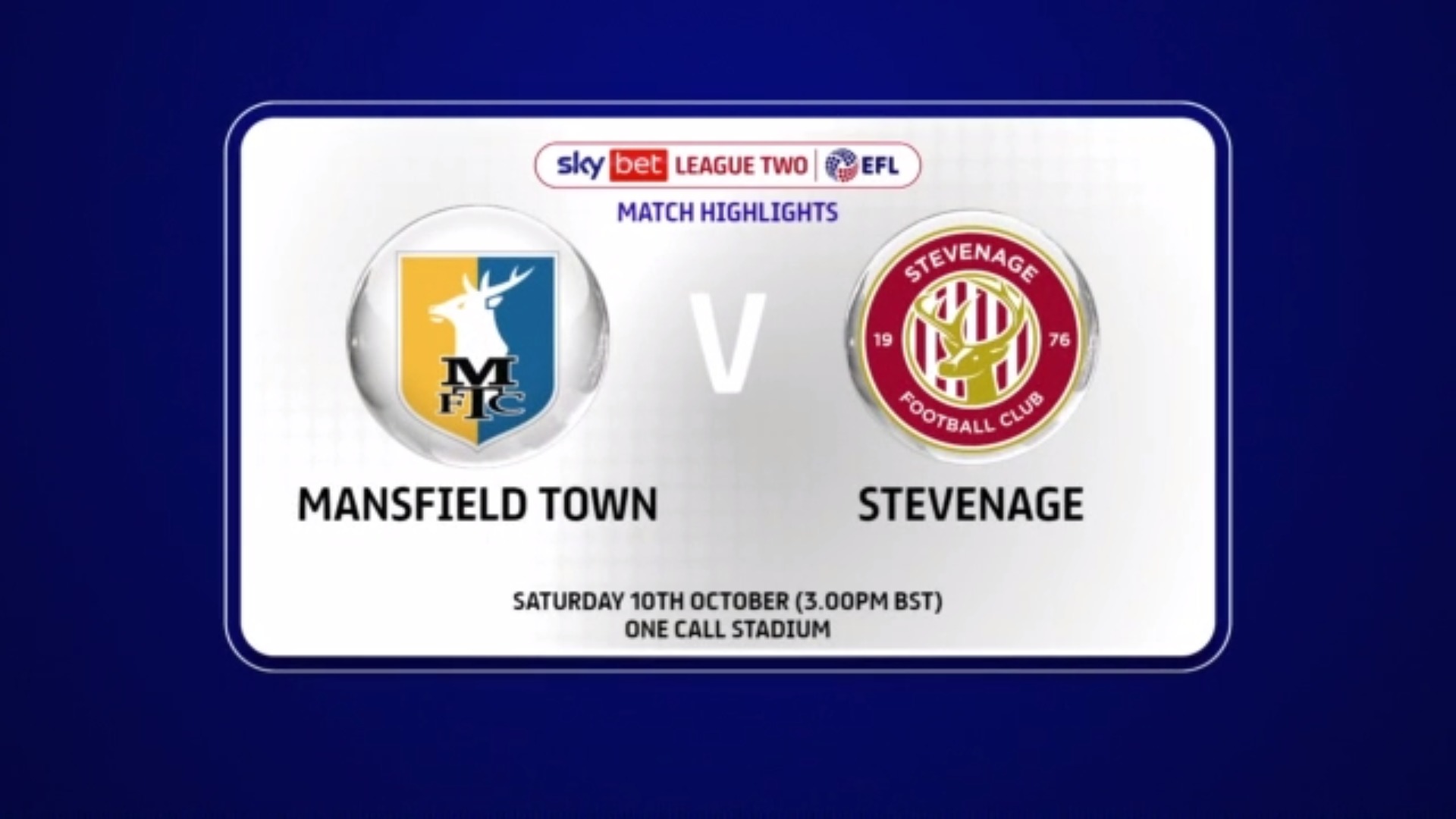 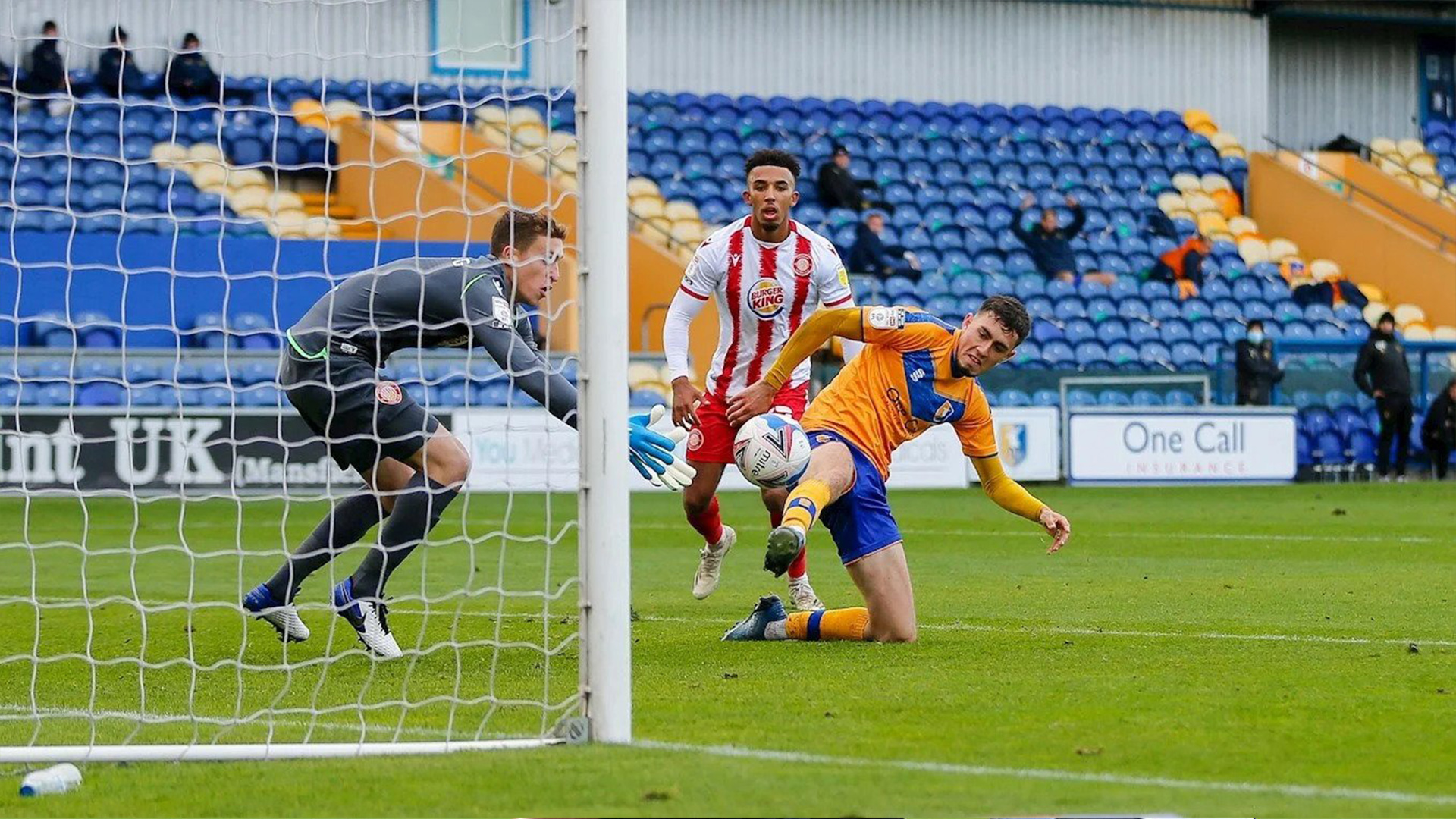