After falling behind from a Slattery free-kick, Dinanga scored on his debut with a beautiful strike on the stroke of half-time before the winning goal on the stroke of full-time, as Marsh completed the comeback.

Alex Revell named seven changes from his side that beat Oldham Athletic 3-0 on Saturday as Vincelot, Marsh, Vancooten, Akinwande, Dinanga, Marshall and Fernandez all came into the team in place of James-Wildin, Cuthbert, Prosser, Osborne, Newton, List and Read.

In addition to Academy products Jack Smith and Luis Fernandez who both started, 15 year old Sam Tinubu made the bench in a historic moment for the football club.

As expected, Stevenage started the match on top but the first real chance in anger came from the young Saints as N’Lundulu was released through on goal by Jankewitz, but good play from Hutton on the cover put the forward under pressure which saw him poke his shot wide with his left foot.

With so many changes introduced, it would always take a while for the team to show a real understanding with each other but around the 20 minute mark, there were signs that it was beginning to grow. A quick counter-attack led to Dinanga heading wide from the six yard box and moments later, more slick passing almost opened up the Saints defence but Vincelot’s flick into the path of Marsh was just a touch too strong.

Although Southampton weren’t without their own threats, Boro looked the more likely scorers in the first half and Akinwande came the width of the post away from opening the scoring on the half hour mark with a fierce strike after running onto Effiong’s cushioned chest pass inside the box.

Then, with 37 minutes gone, a Vincelot foul on the edge of the box - for which the midfielder was carded – was punished in the ultimate fashion as Slattery rifled home the free-kick with the aid of a deflection to make it 1-0 to the visitors.

It didn’t take long for Stevenage to level terms – after Effiong forced Lewis into a good reaction save, the ball eventually fell to the edge of the box where Dinanga curled the ball home around the Saints defence to score on his debut in impressive fashion.

Stevenage played with a renewed purpose in the second half, similar to on Saturday, and two minutes and Effiong had a glorious chance to give Boro the lead just two minutes in. After Hutton played Marsh through one-on-one with the goalkeeper, he took it around the Saints stopper to cross for Effiong, who couldn’t turn home an acrobatic volley as it sailed wide.

It was Effiong again who came close 10 minutes later as a brilliant Slattery block foiled the striker after being played in on goal by Akinwande and just past the hour mark, Saturday’s Man of the Match Osborne came on for Smith.

With the scores still level, Southampton were very much still in the game and gave Stevenage a scare on 70 minutes as N’Lundulu spurned his chance from a few yards out after Valery drilled an inviting ball across the box for him to finish.

With 15 minutes remaining, Akinwande fired over the bar after explosive play to pick the ball up from out wide and come inside and a frustrating night for Effiong was complete on 85 minutes as the striker pulled up with an injury, needing to be replaced for Read.

Then, in the dying minutes, Stevenage won it at the death as Akinwande played in Osborne to lay it across the box for Marsh to bundle home and continue a brilliant start to the season for Alex Revell’s side. 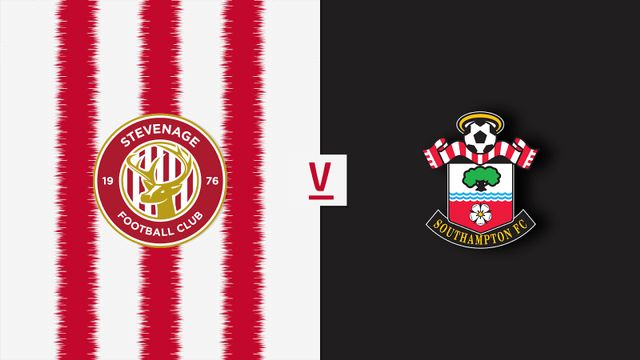 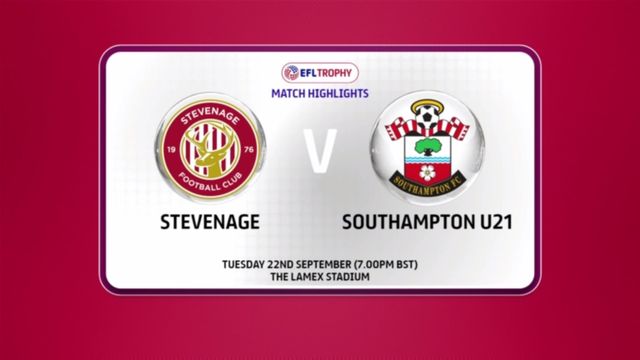 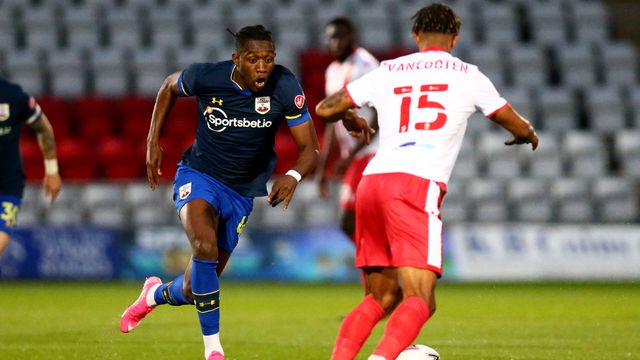