Goals from Jake Taylor and Luke Norris plus an extremely promising performance give Stevenage a crucial three points in their fight for league survival...

The stakes were high going into this game as Stevenage continued their quest for Football League survival while Colchester looked to make it three wins on the bounce. Steve Evans’ side consisted of just one change from last weekend as Jamie Reid returned to the starting eleven in place of Chris Lines.

The opening ten minutes went mostly Colchester’s way as they had the better chances on goal. First, Noah Chilvers’ effort was comfortable enough for Christy Pym to collect, then soon after Luke Chamber’s header from The Us’ corner sailed just wide of the post.

Up the other end, Luke Norris received the ball through on goal and attempted on the half volley, but Shamal George denied. Seven minutes later, Boro had another sight on goal as Elliott List played the ball to Jake Taylor on the edge of the box whose low driven shot went just wide of the mark.

Stevenage now found themselves applying the most pressure as an opening goal for Evans’ side would be vital. Ben Coker chested the ball down on the half hour mark before unleashing a half volley from outside the box but his effort flew over the bar.

With just five minutes to go until the break, Freddie Sears almost grabbed the first goal of the game after being sent in on goal, but Luther James-Wildin did well to get back in time and prevent the shot.

In the final moments of the first half, Boro opened the scoring. Luke Norris touched down an excellent long ball from Luther James-Wildin before playing in Jamie Reid. The striker’s effort was well saved by Shamal George, but the ball came to Jake Taylor just inside the box whose deflected effort lobbed the goalkeeper.

Stevenage came quickest out of the gates in the second half as Evans’ men doubled their lead. Boro’s long throw in was headed out to Ben Coker on the edge of the box who headed back in the area, providing a free opportunity for an unmarked Luke Norris to nod home past Shamal George in goal.

Just before the hour mark, Colchester looked to reply as they got the ball in the back of the net before the linesman raised his flag to deny Freddie Sears’ tap-in.

Boro were forced into two changes in the next ten minutes as Elliott List and Jake Taylor were replaced by Bruno Andrade and Chris Lines respectively as Stevenage attempted to hold onto their two goal lead.

With under ten minutes to go, Stevenage were reduced to ten men as Luke Norris picked up his second yellow card for a late challenge. He received his first yellow earlier in the second half for kicking the ball away. Charlie Carter replaced Arthur Read in an attempt to hold on.

As nerves grew, the fourth official indicated seven minutes of additional time. Colchester applied the pressure but Boro defended superbly and looked to wind down the clock. Brendan Wiredu’s shot flew high over the crossbar before the referee eventually blew for full time to give Stevenage a crucial three points as the club continue to fight for their Football League status.

Match tickets are on sale for Boro's trip to Colchester United on Saturday 9th April 2022...

The Stevenage FC Supporters Association coach will be departing The Lamex Stadium at midday on the day of the game, so please ensure to arrive with time to spare in order to confirm a scheduled departure. Tickets cost £15 for SA members and £20 for non-members. 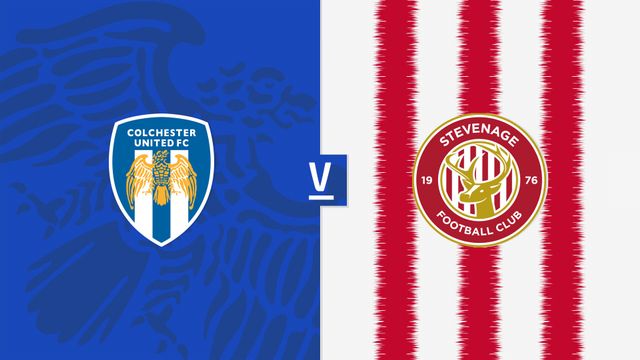 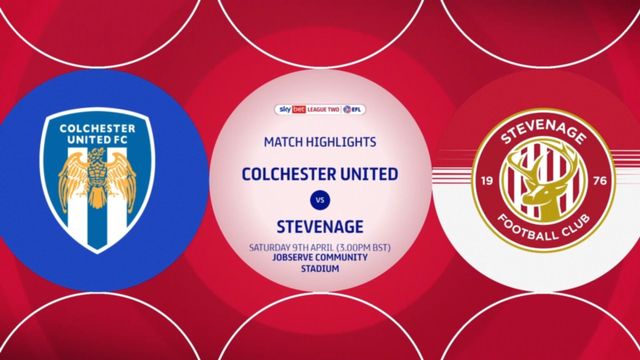 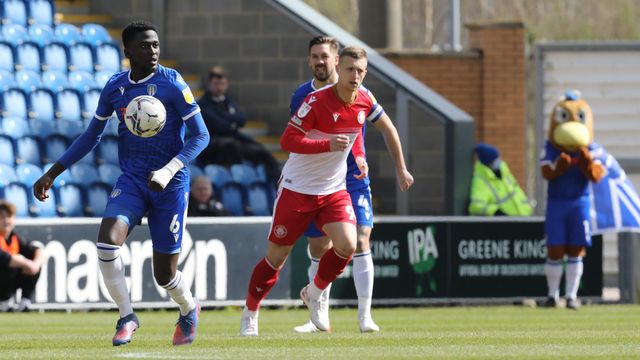